Why did Blinken still call China a threat after meeting with Wang Yi?

On September 22, Chinese State Councilor and Foreign Minister Wang Yi delivered a speech at the Asia Society headquarters in New York. When talking about Sino-US relations, Wang Yi pointed out that no cooperation can be created on the basis that you lose and we win, and win-win cooperation is not only possible. 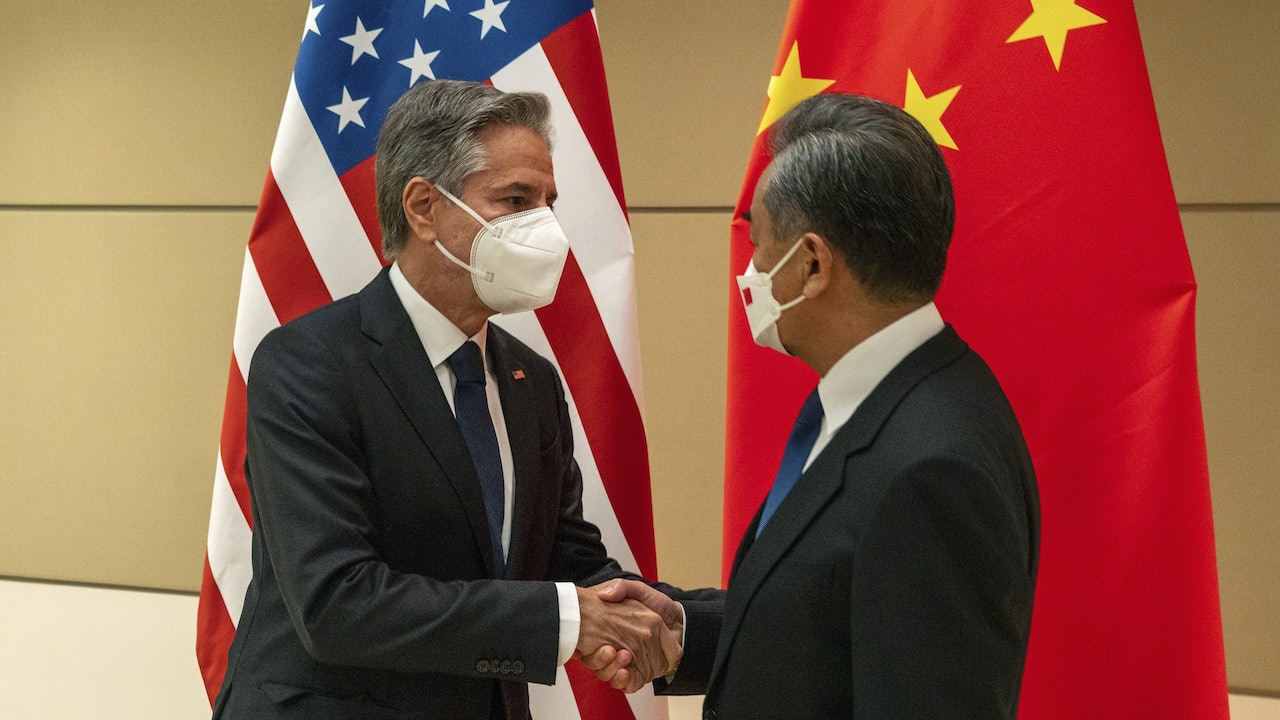 When talking about China-US relations, Wang Yi pointed out that no cooperation can be created on the basis that you lose and we win, and win-win cooperation is not only possible, but also necessary.

Wang Yi also stressed that on the premise of equality and respect, China is willing to carry out more and better cooperation with the United States.

On September 23, U.S. Secretary of State Antony Blinken went to New York to attend the United Nations General Assembly, during which he held talks with Wang Yi.

According to US State Department spokesman Ned Price, Blinken stressed to Wang Yi that the US is committed to maintaining peace and stability in the Taiwan Strait under the one-China policy.

But at the same time, he reiterated that Washington condemned Russia's invasion of Ukraine and indicated to Wang Yi the consequences that China may face if China aids Russia in sending troops to a sovereign state.

On September 25, Blinken once again pointed out in an interview with CBS that when he met with Wang Yi, he indicated to the other party that the United States would continue to adhere to the one-China policy, resolve differences peacefully, and insist on maintaining peace and harmony in the Taiwan Strait. stability, and deeply concerned about China's attempts to change the status quo.

Blinken said that China's increasingly aggressive actions on the Taiwan issue will pose a threat to the peace and stability of the entire region.

To sum up, although Blinken echoed Wang Yi's speech on the 22nd to a certain extent, expressing his willingness to cooperate with China on issues of common interests, he still showed strong distrust in his speech, including warning China not to engage in Russia. Military aid to Russia in the Ukrainian war, and the definition of Beijing as a party "trying to change the status quo in the Taiwan Strait", etc.

In short, although Blinken showed a willingness to cooperate and emphasized that China and the United States should "responsibly manage the relationship between the two countries," he still could not hide his hostility toward China.

Such an attitude not only reflects the general position of the American political elite to a certain extent, but also reflects the structural root of Sino-US relations: the United States cannot get rid of the world view of great powers competing for hegemony, so it will repeatedly interpret China's foreign measures and attitudes negatively. As a result, the two sides fell into a spiral of hostility, and Sino-US relations continued to decline.

On September 24, State Councilor and Foreign Minister Wang Yi attended the general debate of the 77th United Nations General Assembly at the United Nations Headquarters in New York and delivered a speech entitled "Doing Our Best for Peace and Development, Responsibility for Unity and Progress".

What is the reason for the cognitive differences between China and the United States?

Looking at the U.S. policy toward China in the past 20 years, we can find a trend: as the symbol of "China's rise" has grown stronger, the U.S. has also increased its containment of China, including mobilizing the media to attack the "Belt and Road" project, calling it a neo-colonial Doctrine, debt traps, or sanctions on Chinese chips.

The above-mentioned reduction of complexity reflects the deep anxiety in the subconscious of the United States: its status as a great power is being chased by China.

At the same time, China has indeed shown a desire to "hope to be recognized" in the process of rising national strength.

But the so-called "recognition" does not mean the physical victory or loss on the battlefield, but hopes that the United States, which has long been the core of the unipolar order, can recognize the changes in the international pattern, adjust the way of interaction with China, and face up to China's new role and national status, and have a clearer understanding of Beijing's core interests and red lines, such as its position in the South China Sea and Taiwan Strait.

The unipolar international order has indeed loosened as China and the U.S. continue to weaken. The U.S. can no longer provide military and economic public goods to various regions of the world as it has done in the past. For example, in recent years, in order to focus on the Indo-Pacific region, the U.S. can only continue to withdraw from the Middle East. , which led to Saudi Arabia’s alienation and “multipolar” diplomacy from the United States, while Turkey and Iran took advantage of the situation to expand their spheres of influence; the Russian-Ukrainian war that broke out after February 24 severely impacted the post-Cold War order dominated by the United States.

In this atmosphere, the United States is particularly sensitive to the "recognition" that China wants. It can neither view it with empathy, but instead wants to maintain its leadership in the unipolar order.

In his view, even if Beijing has no demands or actions, "China's rise" itself is a blatant challenge to the international status quo; and China's move to seek "recognition" from the United States is undoubtedly a naked strategic threat.

However, in Beijing's vision, it has no intention of creating an exclusive political order.

Taking the Belt and Road Initiative as an example, the United States believes that China is dividing its sphere of influence on the Eurasian continent and wants to export the "Red Order", and Confucius Institutes are regarded as the front line of propaganda; however, for China, the Belt and Road Initiative is of course There are considerations to strengthen foreign relations, but its main purpose is still to focus on economic fields such as products, supply chains, and engineering projects. No matter what the country's inclination toward China, as long as there is room for cooperation, China will grasp it.

However, this does not prevent the countries concerned from maintaining political and economic interactions with the West. Therefore, EU countries can participate in the Belt and Road Initiative, as can NATO members.

It is precisely such cognitive differences that lead to subsequent strategic frictions.

The picture shows Chinese State Councilor and Foreign Minister Wang Yi attending and delivering a speech at the United Nations General Assembly in New York, the United States, on September 24, 2022.

From Ukraine to Taiwan Strait

For the United States, the awareness of being "caught up" is not enough to allow it to directly attack China, but it will induce a quagmire of fear and make it misjudge China's signals and actions amid the insecurity of its declining influence, and finally, in anxiety. Repeated situations in the situation: In the face of Sino-US cooperation issues, the US adopts a defensive posture and cannot really communicate with Beijing; in the face of a highly competitive strategic game field, the US has launched a number of fierce offensives, intending to preempt it.

Taking the Russian-Ukrainian war as an example, China, like most countries in the world, has maintained a neutral position since the beginning. It did not participate in the one-sided sanctions against Russia initiated by the West. , the future will also not recognize the results of the four Ukrainian public investment in Russia.

However, the United States has still shaped the public opinion atmosphere of "China aids Russia", intends to package China and Russia as the "axis of evil", and intends to use this incident to consolidate the encirclement network against China.

Therefore, even if Blinken had no evidence, he still wanted to "open words" during his meeting with Wang Yi: If China military aids Russia on the Russian-Ukrainian battlefield, it will pay a price.

For Beijing, it cannot understand the aggressiveness of the United States, and does not know why the "Belt and Road" is regarded as a sign of "expansionism", and believes that it has shown great goodwill and maintained a neutral position in the Russian-Ukrainian war. Why? Still unable to exchange positive feedback from the United States?

With such a puzzled feeling, China has been unable to respond directly to the United States due to the gap in national strength between the two countries in the past few years. However, with the steady progress of China's development pattern in recent years, the United States' strategic advance is no longer unfavorable, but has begun to encounter Beijing's tough counterattack.

However, this trend has actually deepened the panic of the United States of being "caught up", prompting it to launch the next wave of new offensives.

Among them, the "re-Cold War" of the Taiwan Strait issue is the most prominent case.

In recent years, in order to check and balance China, the United States first introduced the "Asia-Pacific Rebalancing" strategy during the Obama (Barack Obama) period, and then gradually strengthened the "first island chain", "second island chain" after Donald Trump took office. “Island chain” military deployment; Joe Biden has continued the strategic tone of his predecessors towards China, seeing China as the main competitor of the United States, and on the “Taiwan card” of encircling and militarizing China Go further and more extreme than Trump.

During this period, Beijing has also gradually increased its response.

For example, after the US House of Representatives Speaker Nancy Pelosi (also translated as Pelosi, Pelosi or Polosi) visited Taiwan on August 2, the People's Liberation Army (PLA) practiced area denial on the ground under the "famous division". And let the missile fly over Taiwan.

Although this action seems to China to be an "extremely restrained" response, it cannot make the United States truly feel the danger of the "red line", and it has become a new narrative for it to hype the "China threat theory" and mobilize its allies.

From this perspective, "Pelosi's visit to Taiwan" is not an extreme case, but a microcosm of the times.

From the Russian-Ukrainian battlefield to the Taiwan Strait, the structural dilemma of Sino-U.S. interaction is difficult to resolve in the short term. Although Blinken’s statement is insincere, it reflects the strategic anxiety that the U.S. cannot express in his actions: the U.S. feels China’s catching up and the aging of the unipolar order. , but cannot escape the zero-sum game situation.

Therefore, in the foreseeable future, even if there is no full-scale war between China and the United States, frictions will continue in various fields.

Why are there cognitive differences in Sino-US interaction?

What benefits do China and the United States hope to gain from their interaction? 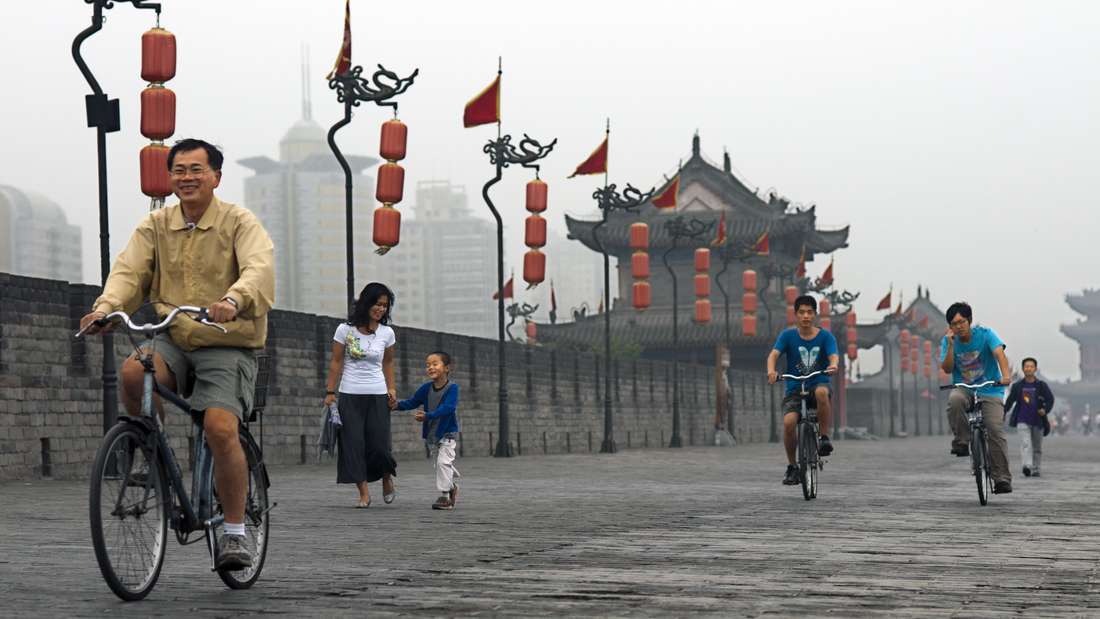 "China still stands by Russia": US Secretary of State Blinken criticizes Beijing for the Ukraine war 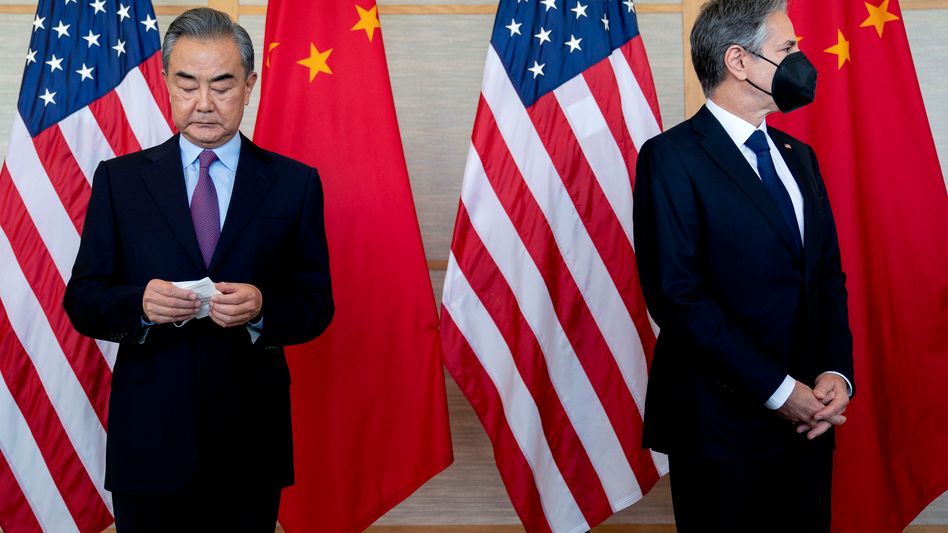 Ukraine war: US Secretary of State Blinken calls on China to take a stand 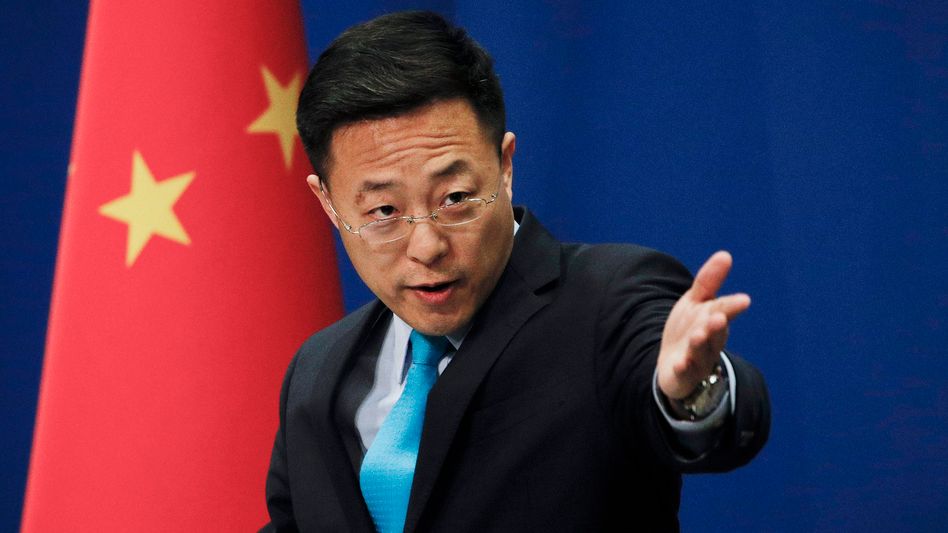 Why did Blinken still call China a threat after meeting with Wang Yi? 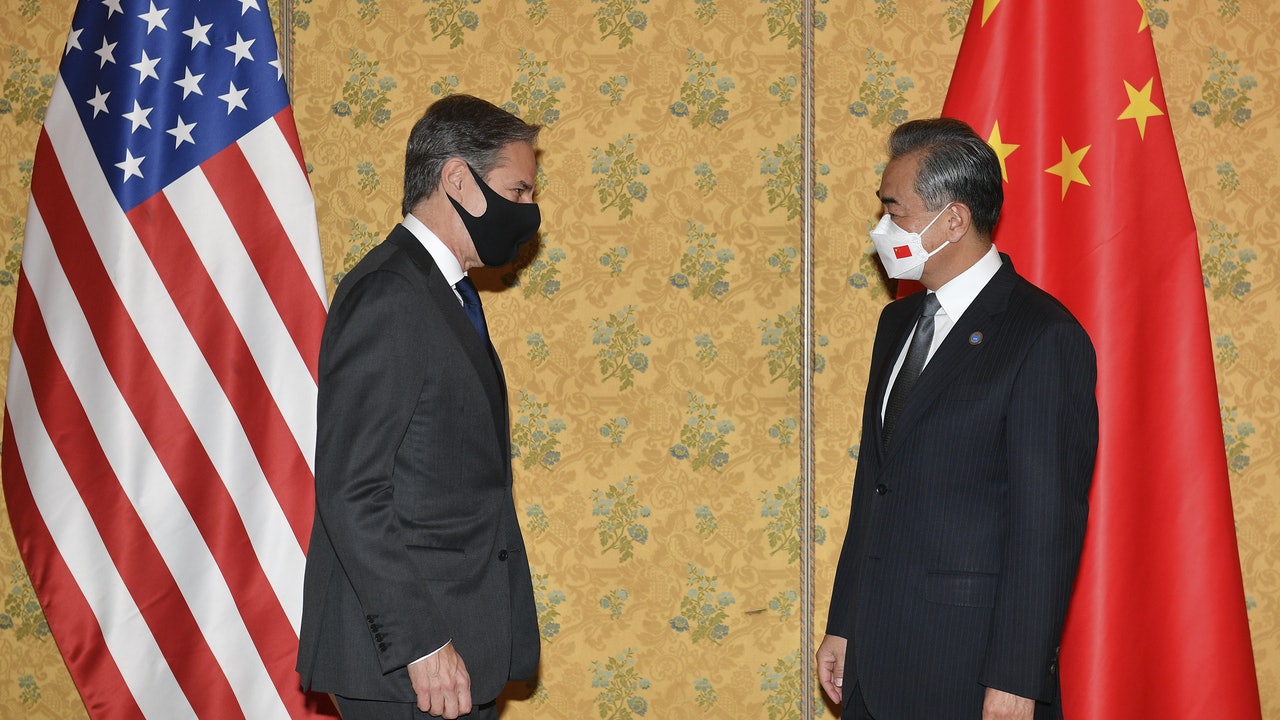 Baerbock before the G20 meeting: Don't leave the stage to Russia