"What are you tweeting?": indictment against the attacking driver from Holon | Israel today

Mark Braverman got out of his car and argued in the middle of the road with another driver, then violently attacked him in front of his daughters • The accused, against whom four previous convictions, claimed that he acted in self-defense 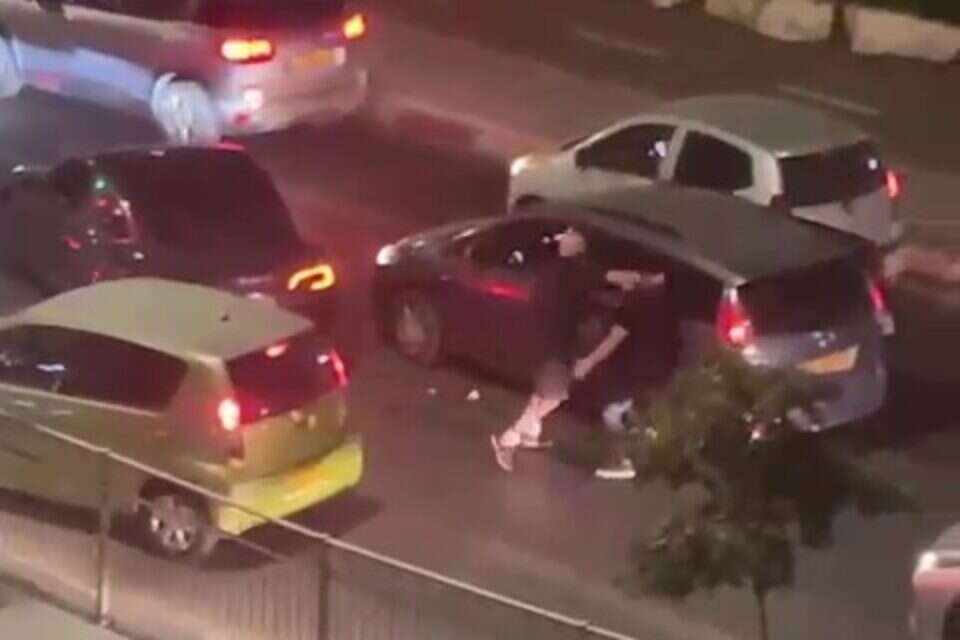 Assaulting the driver in Holon:

An indictment was filed at the Tel Aviv Magistrate's Court (Thursday) against Mark Braverman, a resident of Ramla who last week attacked a car driver in Holon with punches and punches, after an argument developed between the two when they stopped their car in the middle of the road.

A driver attacks another driver in Holon

According to the indictment filed by the claims unit of the Tel Aviv district, the complainant was driving his car on Sderot Yerushalayim Street in Holon, when his four daughters were also in the car.

The accused, who was driving behind the complainant's car in the left lane of the road.

In a Tesla-type vehicle, he honked at the complainant so that he would clear the lane.

In the same circumstances, the complainant got out of the vehicle and shouted at the accused "Come on down, come on down, what are you doing to me beeping".

A driver violently attacks in Holon,

Later, the accused approached the complainant once more, clung to his body and punched him in the head with his right hand, all this in the presence of the complainant's daughters who got out of the vehicle and watched what was happening.

Later, the accused got into his car and drove away, leaving the complainant bruised and bleeding.

As a result of the accused's actions, the complainant suffered injuries in the form of broken bones and he needed medical treatment.

In the prosecution unit's request to extend the defendant's restrictive conditions, an indictment charges him with the offense of grievous bodily harm.

He has 4 previous convictions from the years 2007-2011 for which he served actual prison terms, for crimes of aggravated assault, assault for years or more, assault when the offender is armed (conviction from 2007) as well as drug offenses.

With a helmet, pepper spray and kicks: a motorcyclist from Haifa is accused of assaulting a driver - voila! news

"What are you tweeting?": indictment against the attacking driver from Holon | Israel today

He commented on the driving, and got hit: a violent fight broke out in Holon - voila! news

Indictment against the motorcyclist who attacked a driver in the Ayalon lanes: "He brutally hit with a helmet" - Voila! news

Documentation: An employee stabbed a customer - after she asked to heat her cup of coffee - voila! news

The assistants from "Gan Siegel" in Holon were convicted of abusing toddlers: "They turned children into a punching bag" - Walla! news

An Israeli woman accused of spying for Iran tried to end her life; Her condition is human - voila! news