Despite having been buffeted by the wave of a right wing tinged with hatred and obscurantism, the South American country prefers the balance of a democracy without extremism 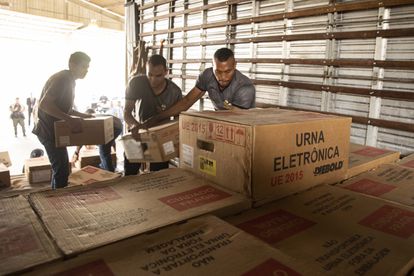 Workers load into trucks the ballot boxes that will be used in the presidential elections on October 2, this Thursday, in Brasilia. Joédson Alves (EFE)

After four years of government by an extreme right with fascist overtones, Brazil arrives at the general elections full of political and social rubble, with a climate of hatred and tears that has even led to an increase in mental illness.

The surprise on the eve of the elections, however, is that the majority of Brazilians remain firm, according to all the polls, in defense of the democratic regime and are preparing to give a 'no' to an authoritarian regime at the polls.

A study by Miriam Leitao, one of the most reliable columnists in this country and who was tortured at the age of 19 during the military dictatorship, reveals that "the conclusion drawn from all the polls is that, in general, Brazilians have center positions with strong social and environmental concerns”.

And he underlines that those who declare themselves totally right-wing are barely 27% of citizens and that, even among evangelicals, one of the most right-wing categories, only 37% confess to being conservative.

It is significant that despite the bombardment of extreme right-wing fueled by this Bolsonarist government —supported above all by the wealthy classes and by the least educated—, and despite the hatred poured out against the left seen as absolute evil, the Ipec poll on Tuesday The past foresees a 17-point advantage for Lula over Bolsonaro, which favors the possibility of resolving the dispute on Sunday without the need for a second round.

Despite the fact that here in Brazil the numerical majority of voters is made up of the poorest class—who might seem alienated from the values ​​of freedom because they are absorbed in ensuring their subsistence, their employment, and their bread on the table for their children— , 60% say in the polls that they prefer democracy to dictatorship.

And even on issues in which these masses of poor tend to feel more inclined to conservatism, they are revealed in their majority, for example, in favor of abortion seen as a health problem, or against the death penalty, despite being those most punished by institutional violence and organized crime.

The verification that Brazil appears as a balanced country with preferences for a political center with strong social overtones, explains why on the eve of the elections, 99% of the innumerable almost daily polls give Lula against Bolsonaro as the winner.

And it is that the old trade unionist has had the genius to sense the spirit of the people and to present himself as a candidate not of the pure left, that of his party, the PT, but with a formation of parties that range from the left to the right democratic.

This has meant that, paradoxically, the parties traditionally considered central have been eliminated without the possibility of victory.

Lula has embraced them all and is preparing to offer them a victory that would reveal that Brazil, despite having been buffeted by the wave of a right wing tinged with fascism, hatred and obscurantism, still prefers the balance of a democracy without extremism.

A modern democracy, capable of returning to the country its values, which had made it dream of a country of the future, inserted in modernity, without the derision of being a country capable of feeding half the world while barely reaching its tables if the crumbs of those who are still reluctant to tackle major reforms.

Those reforms that a politics tinged with corruption and personal interests prevented from carrying out.

On Sunday, a good part of the enigmas that keep the country in suspense will be resolved, even fearing actions of popular violence instigated by the most extremist wing of Bolsonarism.

The vote is going to confirm, whether the extremist Bolsonaro likes it or not, for whom the bells of the American giant on which the eyes are set inside and outside the country will ring, not only because of its economic weight but also of taste for life and happiness.

A country that had coined the motto “God is Brazilian”, due to the riches of all kinds that it had given them and the peaceful coexistence of all religions, today is surprised to see that God being hoisted by the most radical Bolsonarism.

A right that has raised the banner of obscurantism, hatred and violence between brothers, even threatening a civil war.

A war that only exists in the sick mind of those who seek to use the stale religiosity of the old demons and the fiery cauldrons of hell, in which neither the Church of forgiveness and happiness of Pope Francis nor the evangelical churches less politicized and closer to the pain of the most despised and abandoned to their fate. 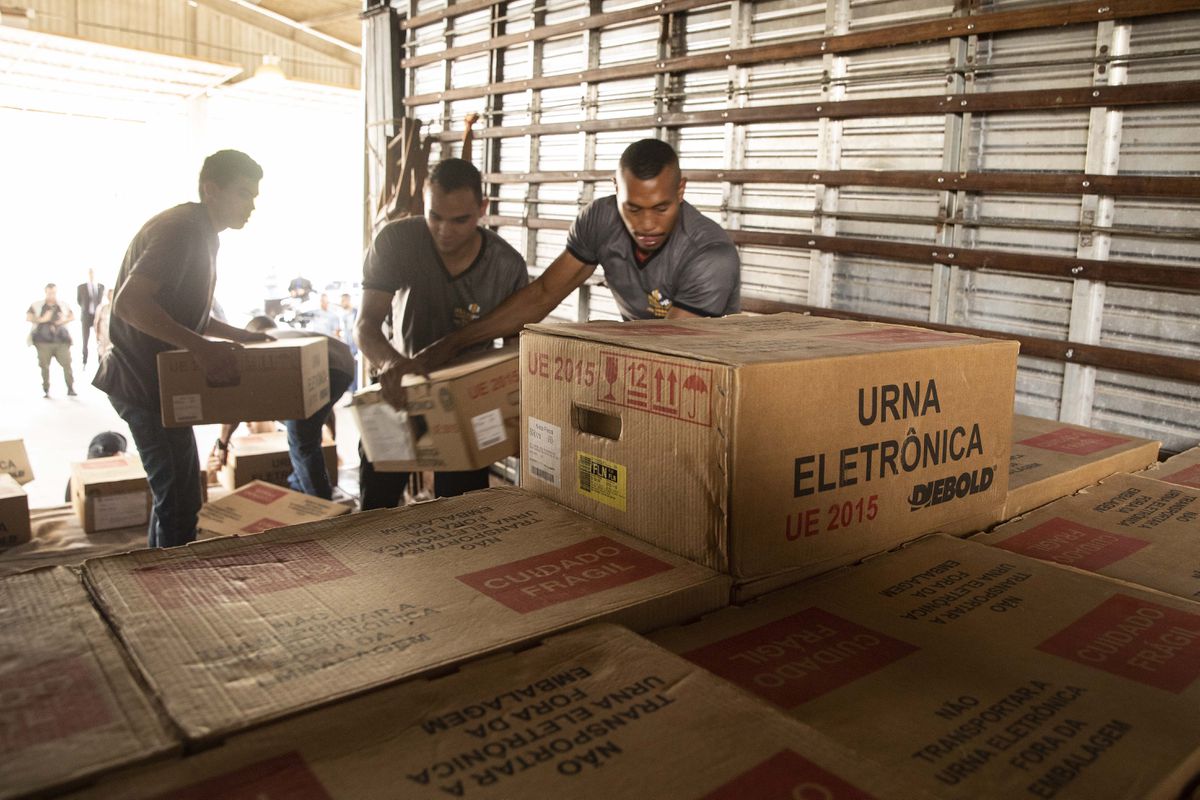 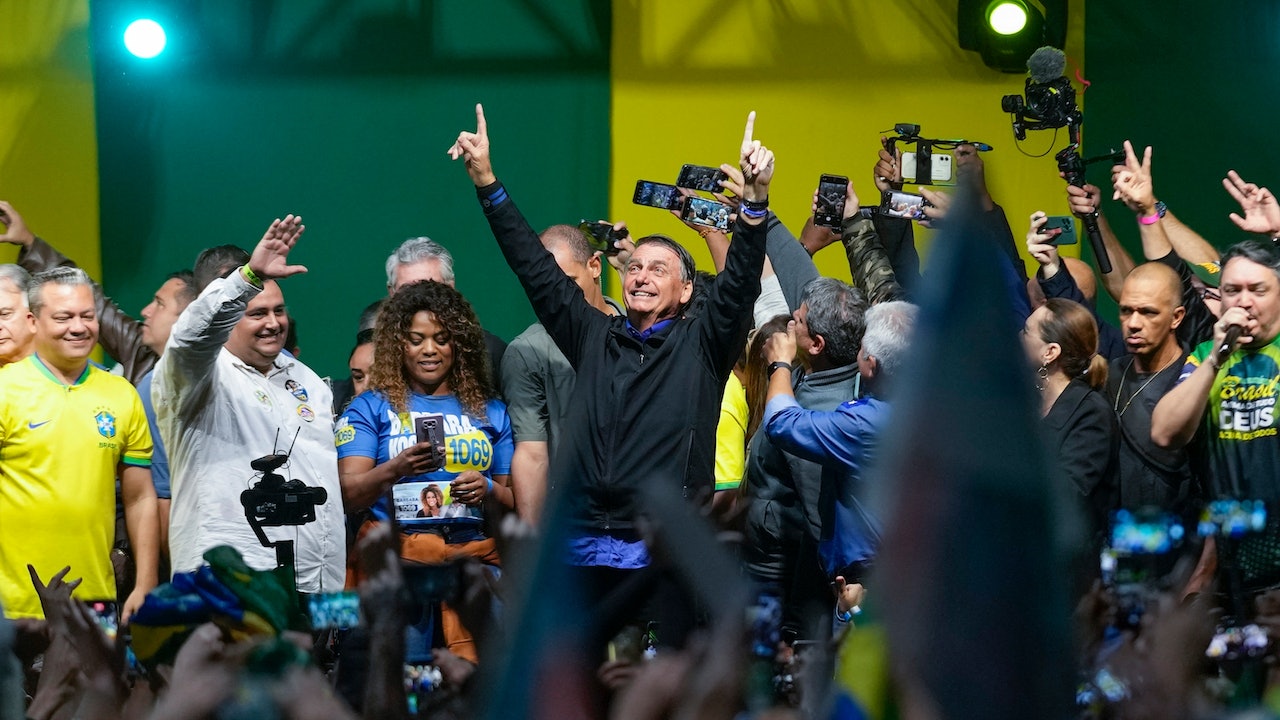 "Lula, you thief": Brazil after the election - Bolsonaro hardliners do not want to accept the result 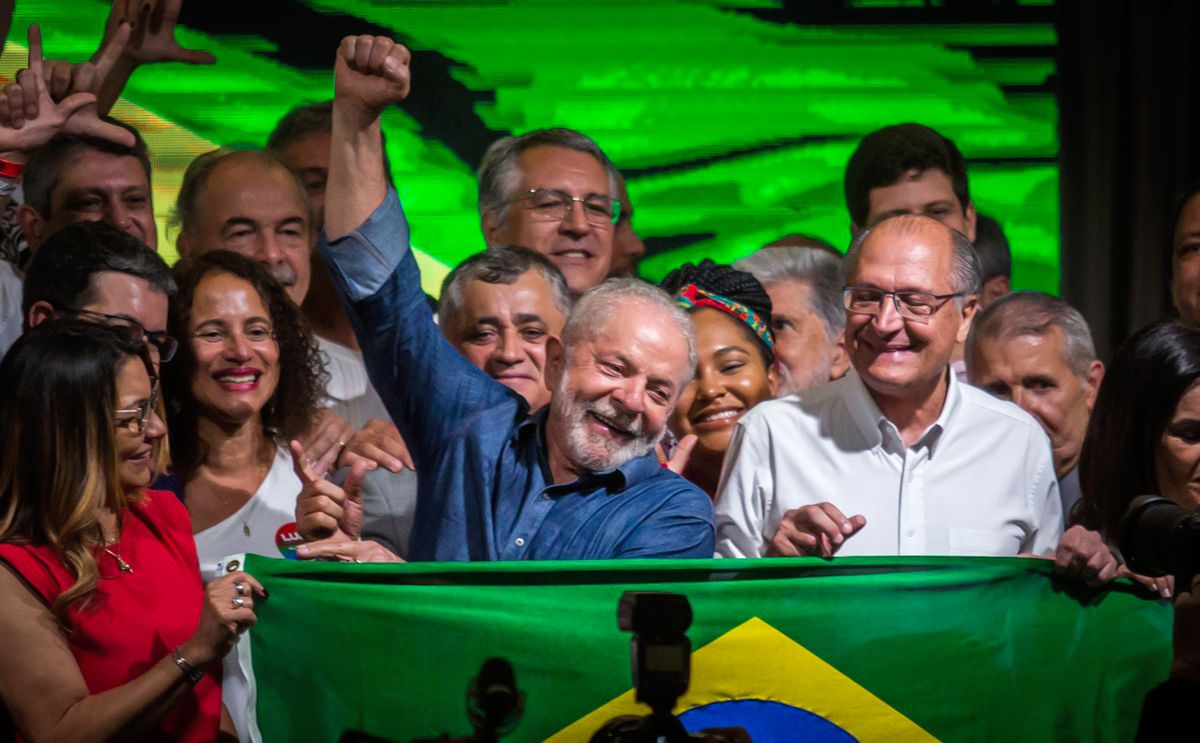 The divided Brazil that has opted for democracy 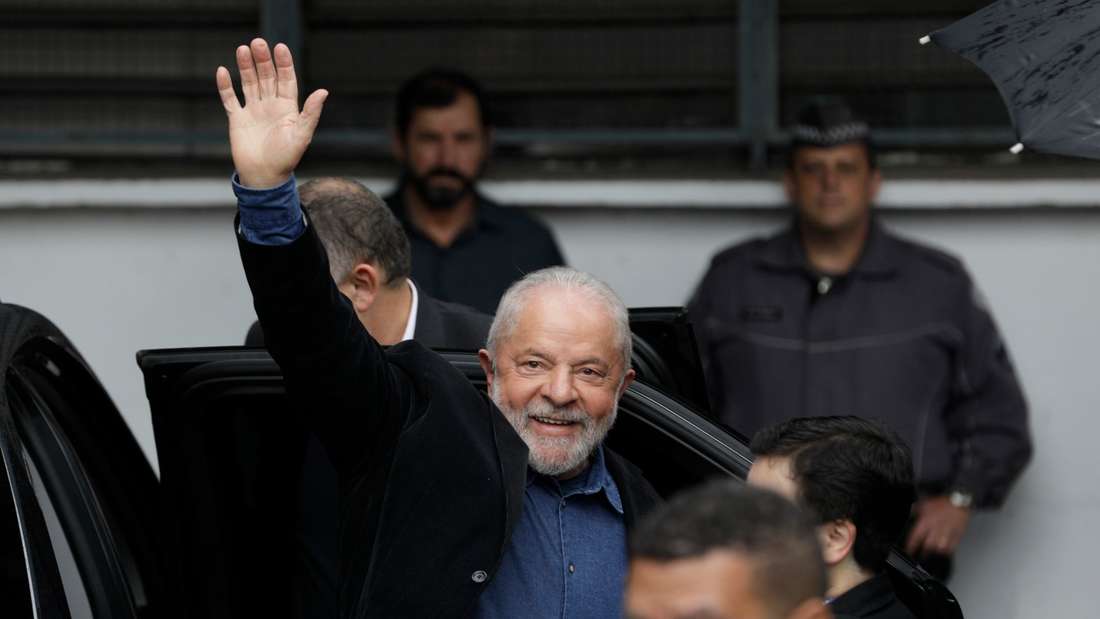 Lula wins first round of presidential election in Brazil