Ian is downgraded to a tropical storm as it continues to pummel Florida, leaving millions without power

The cyclone left a trail of destruction as it passed through southwestern Florida, and hundreds of people were trapped in their homes by the strong rising waters. 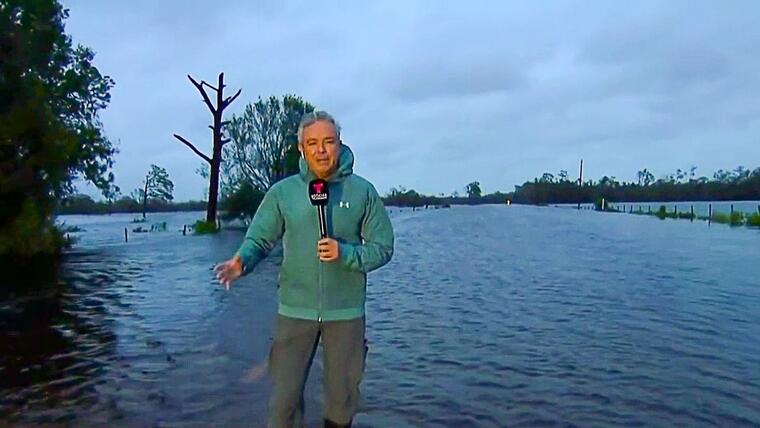 Hurricane Ian weakened to a tropical storm early Thursday after leaving a trail of destruction in its wake with life-threatening storm surge, flooding that left hundreds of residents stranded in their homes and more than 2.5 million people without power, authorities reported.

Ian was 40 miles southeast of Orlando and 10 miles west of Cape Canaveral, according to the 8 a.m. ET bulletin from the National Hurricane Center.

Access roads to the city of Arcadia, Florida, are flooded

Ian made landfall near Cayo Costa around 3 pm Wednesday as a powerful Category 4 hurricane with winds of 150 miles per hour (241 kilometers per hour).

It is one of the most powerful hurricanes to make landfall in Florida.

[Do's and don'ts during and after a hurricane]

The full extent of the impact was not known, as the storm and winds continued to rage.

Rescue teams were forced to wait for conditions to improve before coming to the aid of people trapped by rising waters, pushed by the power of the hurricane itself.

"Portable towers are on their way to [restore] cell service. Your loved ones will most likely not be able to get in touch," the Collier County sheriff's office, which includes Naples, said.

"We can tell you that as daylight reveals the consequences, it's going to be a tough day," she added.

In Lee County, which includes Fort Myers, just south of where Hurricane Ian made landfall, the sheriff's office posted a phone number that family and friends can call to check on the well-being of loved ones.

"If the line is busy, keep trying," he requested.

Precisely in this county there were reports of vehicles "floating in the ocean," but Sheriff Carmine Marceno said deputies were unable to investigate or respond to calls of trapped people until winds dropped below 45 miles per hour.

"Those who need help: we want to reach you, and we will get there as soon as possible," they communicated in a video shortly before 8 p.m.

Terry Mazany crouched on the 22nd floor of a Fort Myers skyscraper with his wife and 91-year-old mother as waters rose and winds whipped through the building.

[On Video: The Havoc Hurricane Ian Caused in Key West]

There is 8 inches of water around us,” Mazany told our sister network MSNBC.

The elevators were also inoperative, she said.

"It started off relatively manageable, but the last 12 hours we've been dealing with 100+ mile per hour (160 km/h) winds shaking the building and causing it to sway," he said.

Although Ian is expected to continue to weaken, the NHC warned it could be near hurricane strength when it moves over Florida's east coast on Thursday.

A group of boats was wrecked by Hurricane Ian in Fort Myers, Florida, on September 29, 2022.Joe Raedle/Getty Images

Central and northeast Florida could see 20 inches of rain, and life-threatening storm surge remained a risk along parts of Florida's western and eastern coasts, according to the NHC.

The Atlantic coast from Orlando, Florida, to Georgia, could experience a six-foot storm surge.

Radar indicated that 4 to 5 inches (10 to 15 centimeters) of rain per hour were falling in the heaviest parts of the hurricane on Wednesday, according to Jamie Rhome, acting director of the NHC.

Experts fear that this time it will be worse: Images from 18 years ago when Charley devastated the same area that hit Ian

The low speed of the storm was prolonging the damaging winds, but also increasing the potential for flooding.

Florida Governor Ron DeSantis said the intensity of the storm will be historic.

"At a minimum, it's going to be a very strong Category 4 that's going to rank as one of the top five strongest hurricanes to hit the Florida panhandle," he said.

The hurricane is forecast to move across central Florida and move over the Atlantic Ocean late Thursday.

Ian's trajectory also has Georgia and South Carolina on alert, which could be hit by strong winds and rain on Friday, according to the NHC.

Given these forecasts, the governors of Georgia, South Carolina and North Carolina have declared a state of emergency before the arrival of the storm. 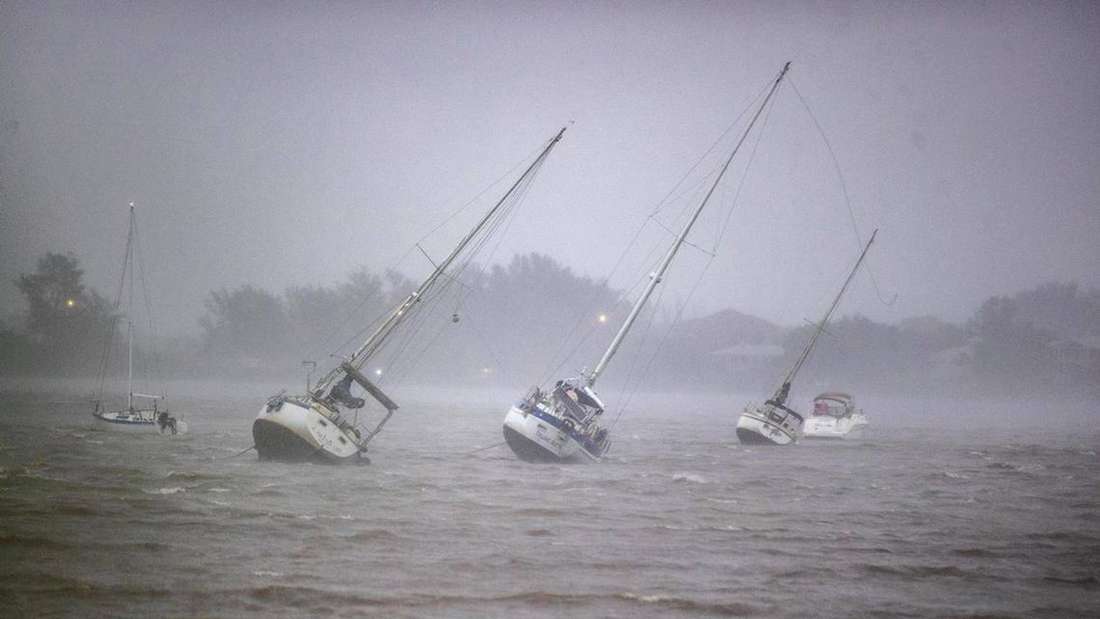