Netanyahu brought forward the release of his book - which will be published two weeks before the elections - voila! 2022 election

The former prime minister's fourth book - "Siver Chai" - was published already in the middle of next month, on October 14 and not in November as planned, in the last tidings of the election campaign.

He started writing the book after he switched to the opposition.

Netanyahu and his wife look through the book (photo: official website, Nati Gold)

Likud Chairman and former Prime Minister Binyamin Netanyahu brought forward the release date of his autobiographical book to the middle of October - two weeks before the elections. The book, called "Story of My Life", and intended to be published in both English and Hebrew, was initially planned to be launched during the month of November. However, the publication of the books The "Shibolt Library", which publishes the book in Hebrew, announced today that the book will be distributed already during the Holy Week, on October 14. This, following the decision of the American publisher Simon & Schuster to advance the publication of the English edition to October 18. Thus, the book that was supposed to be released It was only after the elections that it came out in the first edition towards the last line of the campaign.

Exactly a year ago it was revealed for the first time in Vala! that Netanyahu is writing an autobiography with the story of his life. This is his fourth book, following three books he wrote at the beginning of his political career - "A Place Under the Sun", "War on Terror", and "Terror: How the West Can Win", and the first one he writes in more than 25 years,of which he served for about 15 years as prime minister.

Last year, after the change of government and Netanyahu's transition to the opposition, he began writing the book - originally in the English language.

Later, the book publishing house "Shibolt", which translates and publishes books of conservative thought, announced that it will publish a version in the Hebrew language and opened a pre-sale of the book in preparation for its publication.

Shibulat says that the new schedules and the advance of the book's publication led to a decrease in the number of copies expected in the first edition of the book.

Sela, co-publisher of the Shibulat Library, said that "We are making tremendous efforts to make available a quantity of copies that will allow us to leave the pre-sale open, and to ensure that as many Hebrew readers as possible will be able to obtain Netanyahu's engrossing and inspiring autobiography as soon as possible.

I am sure that the book will surprise, move and inspire everyone who reads it."

Ahead of the book's release, Netanyahu also joined the sales promotion and stated that "I wrote my life story so that we would have the opportunity to meet for the first time without intermediaries - just me and you. I wrote about the landscapes of my childhood, about the inspiration and love I received from the loving family nest in which I grew up with Yoni and Ido. I wrote about their wisdom and generosity of my father, Ben Zion and my mother Tsila, about my years in the army, about the moments when I almost lost my life, about the death of my late brother Yoni who led me to public life, and about the big decisions, the big moments, the difficulties and the joys in national politics, and about the multitude of moments that make up the In

the United States, Netanyahu's book was published by Simon & Schuster, four days after the launch in Hebrew, and it is expected to gain another order of magnitude of circulation there, as well as contracts, profits and larger royalties. As a member of the Knesset, Netanyahu is prohibited from accepting gifts and donations or working For additional income - apart from the exclusion of writing a book.

Writing memoirs is a widely accepted and profitable income stream for international leaders at the end of their tenure.

The major publishers in the English and American book market - such as Random House and Simon & Schuster - usually pay seven-figure advances to former presidents and prime ministers.

Barack and Michelle Obama earned $65 million for the two books they wrote at the end of their term and the current president, Joe Biden and his wife Jill, received $60 million from Macmillan for books published in recent years.

Although Netanyahu is not the former president of the United States, in his long tenure he has become an international brand, especially among the conservative and evangelical audience in the United States.

Netanyahu brought forward the release of his book - which will be published two weeks before the elections - voila! 2022 election

Survey: three weeks until the elections - and the tie between the blocs is preserved - voila! 2022 election

Lapid gets stronger and gets 26 mandates, religious Zionism with 12 mandates - voila! 2022 election

Likud rejected the candidacy of a candidate who attacked a woman and broke into homes - voila! 2022 election

While you were sleeping: Binyamin and Sara Netanyahu on a night date - voila! celebs 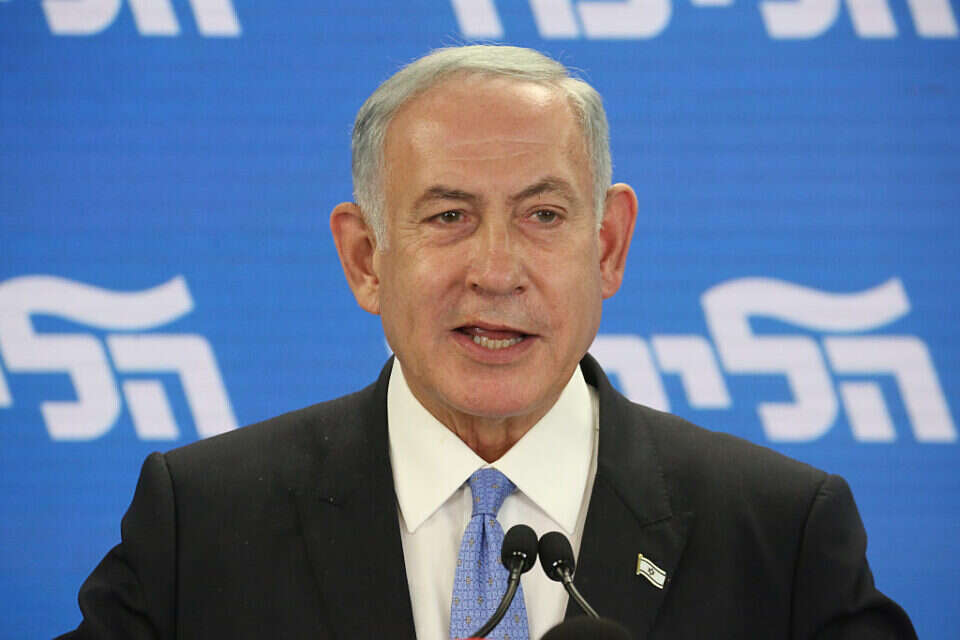 18 days to the elections: there is no decision between the blocs, Shaked is below the percentage of blocking - voila! 2022 election

Hadar is crowned for refusing to cooperate with Avidar: "Does not represent my principles" - Voila! 2022 election