New Schwaigerloh S-Bahn station, extended commercial area & Co.: A lot of brain power for a major project Created: 09/29/2022, 19:00 By: Markus Schwarzkugler A provisional roundabout is being built at the junction with the district road ED 5/Freisinger Straße in Schwaig. This is part of the preparatory measures for the three-lane expansion of the ED 5. For orientation: The Hellinger car dealers

A provisional roundabout is being built at the junction with the district road ED 5/Freisinger Straße in Schwaig.

This is part of the preparatory measures for the three-lane expansion of the ED 5. For orientation: The Hellinger car dealership can be seen in the background on the right © Roland Albrecht

This large project requires a lot of puzzle work.

To be more precise, there are several large-scale projects that all have to be under one roof: S-Bahn ring closure, expansion of the ED 5 district road, new S-Bahn station in Schwaigerloh including a bus station, the community of Oberding in Schwaig wants to be in the east of Eichenstraße at the same time expand commercial area.

Schwaig/Oberding – The municipality is currently in the middle of the coordination talks.

On Tuesday, the municipal council discussed around 60 pages of statements on the development plans for the Park&Ride multi-storey car park and the "special area for airport-related trade".

The multi-storey car park is designed for 500 vehicles - 300 parking spaces for Park&Ride, 200 more for users of the commercial area.

The statement by the district office in Erding shows how much voting potential everything has.

This has stated "with great astonishment" that in the plan "public transport is now to be located north of the tracks, completely detached from the original concept of a stop south of the tracks".

This version is not effective.

Mayor Bernhard Mücke (CSU) didn't want to contradict that either, only a lot still had to be clarified.

"There is also supposed to be a bus station, but we don't have any data on it yet.

For example, how many buses will there be?” asked Mücke.

The topic of e-buses and the corresponding charging stations is also unclear.

According to Mücke, the development plan will still be changed in various places if the relevant information is available.

"These are all interlocking measures, and we have to synchronize our land use planning," says VG manager Josef Steinkirchner in an interview with our newspaper.

The exchange, including by train, is going very well, there are a lot of adjustments that need to be made.

"And above all, of course, there is the question of financing."

This topic still leads "to a crossing agreement with the railway", says Steinkirchner, who therefore does not want to omit the costs that remain with the community.

According to him, Oberding has to pay for the parking garage and take part in the national bus service.

Funding is available for both.

When building a bridge on the district road, "the railways pay most of it".

However, the community is again involved in the widening of the bridge because it is involved with its commercial area.

The municipality pays for the three-lane expansion of the ED 5 (see box) together with the district.

The expansion of the district road ED 5 will soon begin

The Freising State Building Authority has been busy with the preparatory work for the three-lane expansion of the district road ED 5 as part of the ring closure and the expansion of the Schwaigerloh industrial park for a good month.

The building authority is initially installing a bypass via Freisinger Straße between the district road ED 5 and the Südring airport, so that the ED 5 north of Schwaigerloh can be completely closed.

The junction with ED 5/Freisinger Straße is currently being temporarily converted into a roundabout.

In addition, as part of the preparatory measures, the junction between Südring Flughafen and Freisinger Straße will be converted into a temporary intersection with traffic lights and turning lanes.

The median at the junction with St 2584/ED 5 is provisionally asphalted.

A makeshift bridge for pedestrians and cyclists is being built at the eastern interception ditch.

The ED 5 itself is being partially dismantled in preparation for the construction of a bridge over the railway tracks.

According to the building authority, the actual expansion will begin in November, namely between the connection with state road 2584 (connection to Munich Airport) and the Eichenstraße roundabout in Schwaigerloh over a length of around 850 meters.

The farm shop thief with the expensive e-bike

In the past, Oberding had warned about the traffic congestion caused by commercial development in western Erding, but now the city is taunting in its statement.

The designation of areas for airport-related businesses is "certainly no contribution of this magnitude" to "preventing the traffic congestion in the region that is often feared by the community".

Of course, the community of Oberding does not leave this uncommented.

With reference to the analysis of an engineering office, she calculates that the expansion in the east of Schwaiger means an additional traffic volume of around 3,500 vehicles per day.

The load on the surrounding main road network increases by only five to ten percent.

And when the projects mentioned are built, the municipality is sure that the additional traffic "can be handled efficiently".

The municipality will soon be presenting both development plans again for public participation.

When it comes to business parks, if there are no more major objections, the decision on the statutes then begins.

This then means planning security for the many companies that want to relocate or expand in the east of Schwaiger.

As reported on several occasions, they applied for land in the municipal council.

Once the plan is in place, the purchase contracts can be signed with the municipality that owns the land.

And when the development plan for the multi-storey car park has been decided, according to Steinkirchner, the detailed planning for it will then begin.

By the time it's built, "three years have passed," says the manager.

As reported, the tube of the railway tunnel from the airport to Schwaigerloh has been finished since 2021 and has to be expanded by the railway.

A two-track, electrified, approximately four-kilometer-long route is planned with the new station near Schwaigerloh.

It will have two platforms and a barrier-free underpass, a parking and reversing system and a new electronic signal box.

A railway and three road bridges have to be rebuilt in this context.

The airport pays 115 million euros, around 95 million from the Free State.

The section from Schwaigerloh to Erding is in the planning approval process.

Long-distance trains should also be able to run there later.

The - rough - cost estimate is around 360 million euros, financed by the federal government, the state, the airport, the railway and the city of Erding. 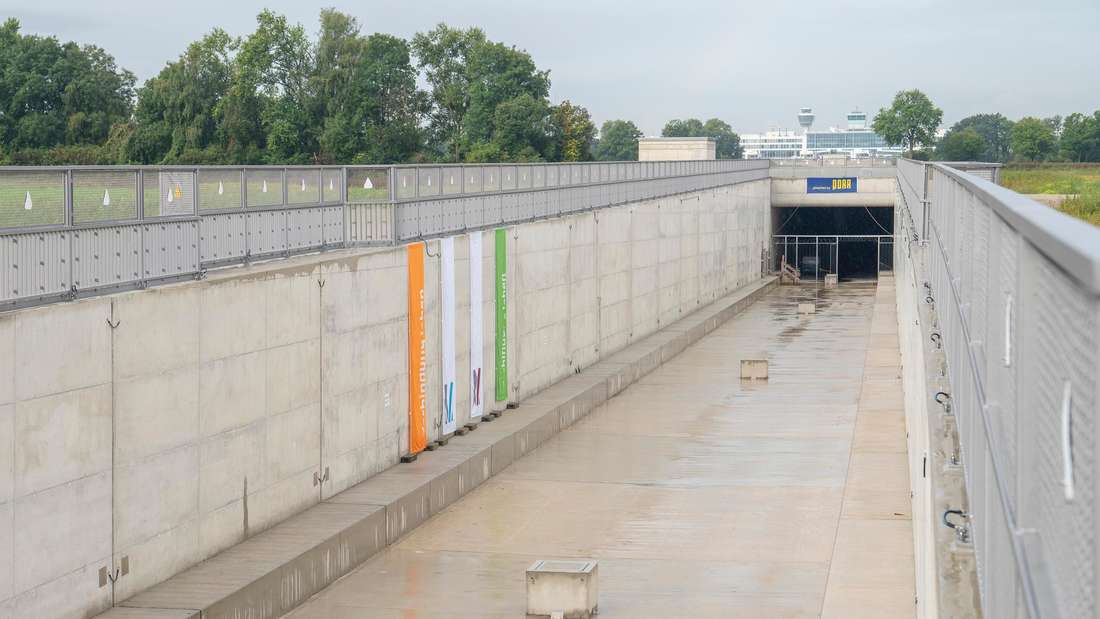 Commercial development in Schwaig: Neighbor Eitting would like a corridor for a cycle path to the S-Bahn Construction site with closures for more than two years: expansion of the district road ED5 begins 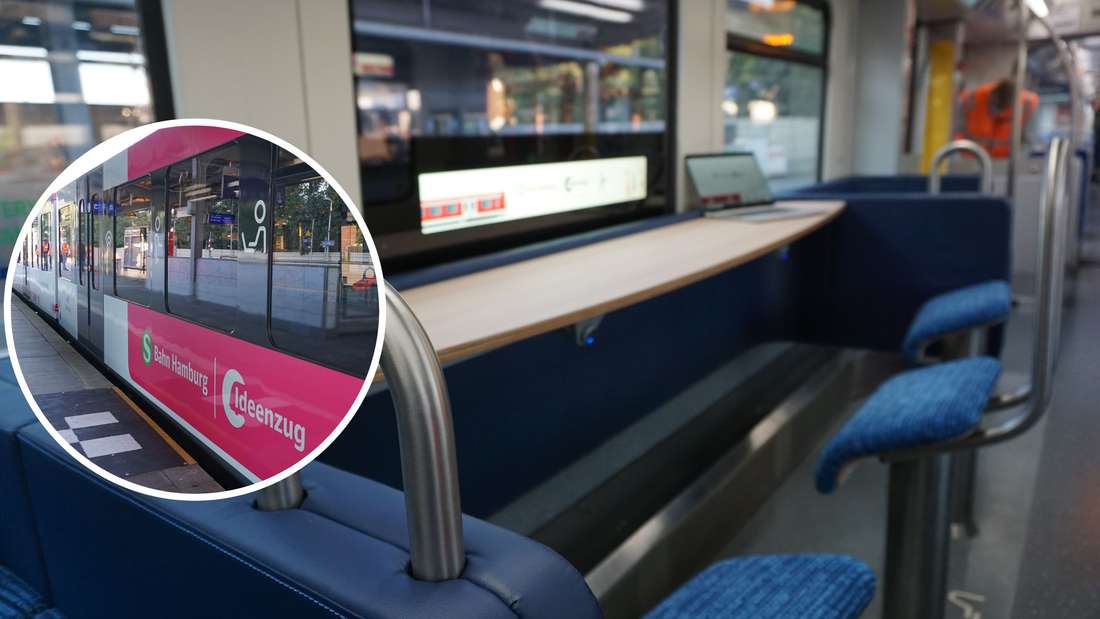 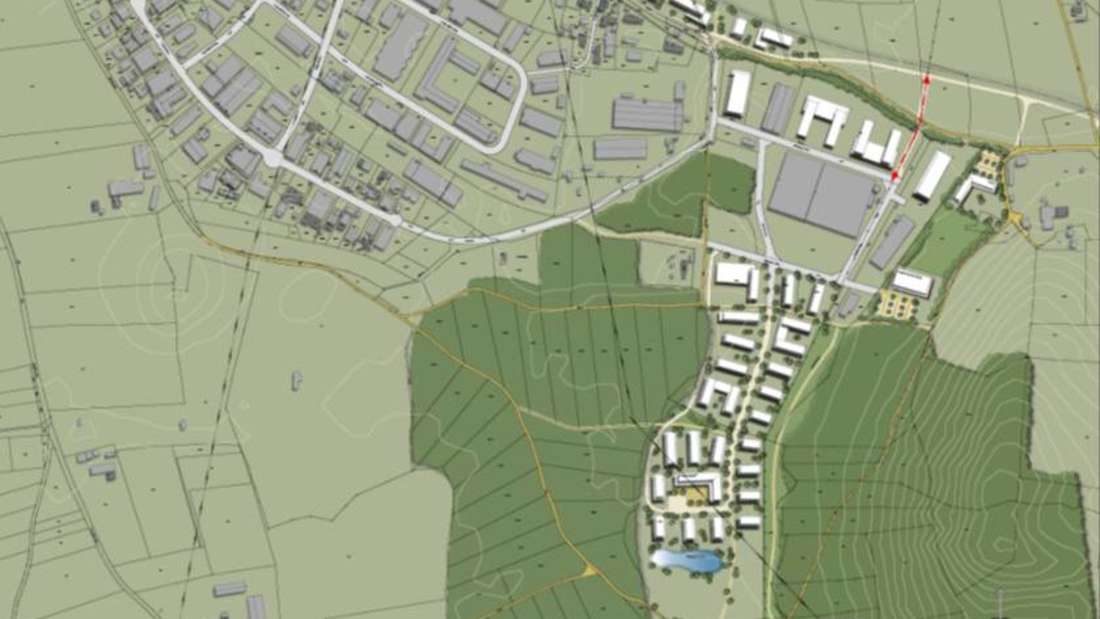 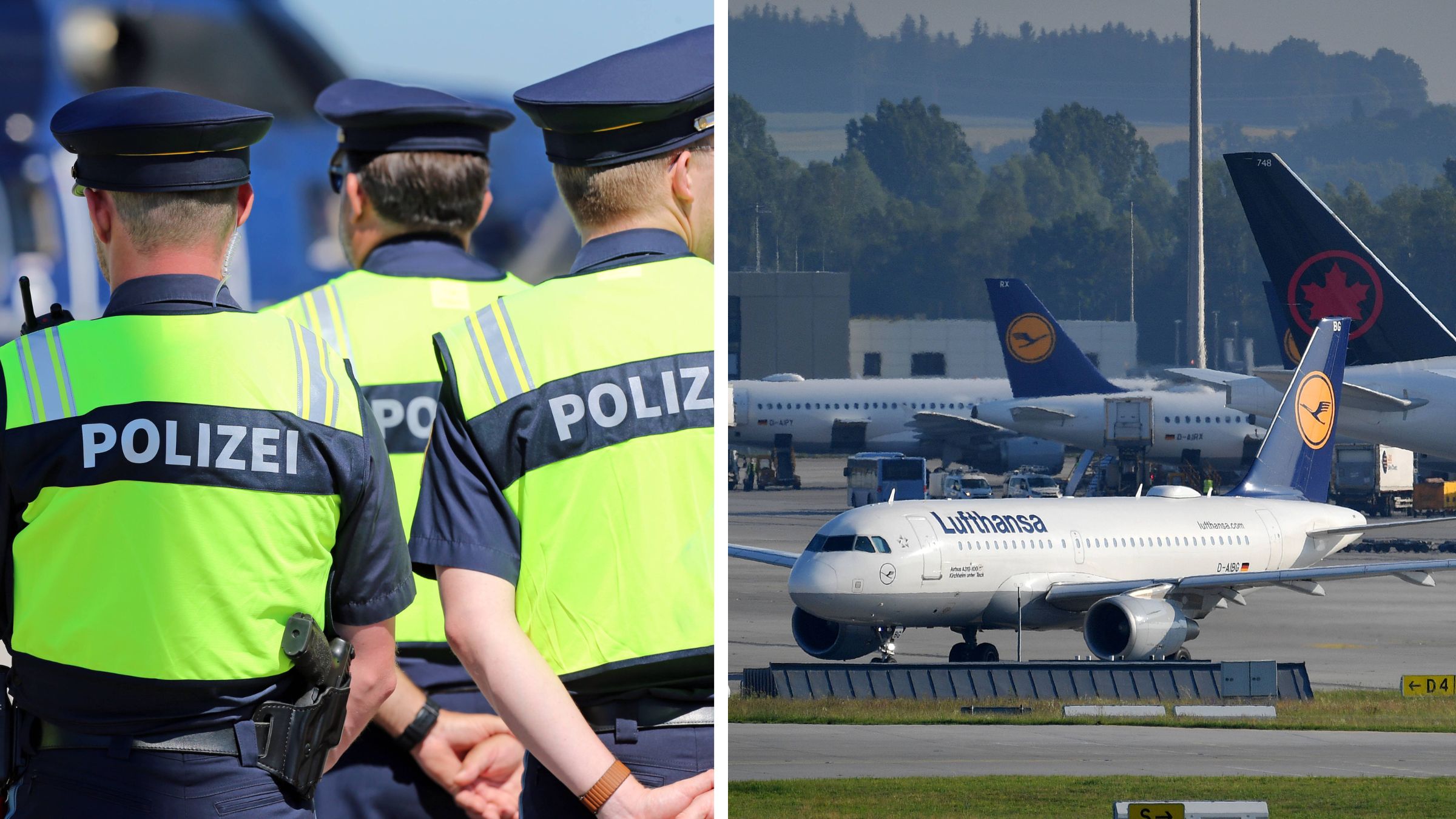