Opinion While you were celebrating: the shooting continued throughout Rosh Hashanah - just like at the beginning of the millennium Israel today

The scent of the intifada that began on Rosh Hashanah 2000 now rises in the nose, which is endowed with a sense of historical smell • The reports are not broadcast, but collected and waiting for someone to shake up the system • There are people who call themselves "traditional" and prefer to evaporate in some deal, instead of building a sukkah or singing in the synagogue "Mefi El "

A common phrase in the afternoon editions on Fridays is: "Prayers on the Temple Mount were held as an orderly".

Have you ever thought about this sentence?

The State of Israel broadcasts a news report on a regular basis, according to which a reality in which a Muslim crowd does not allow equal prayer in a sovereign state is a normal reality.

We are used to hearing this news from childhood.

It washes over our consciousness, establishing itself as nothing less than a sigh of relief.

A miracle on a weekly basis.

When the ambition is that an angry mob will not set fire to the Middle East - it is clear that we have no ambition for Hebrew prayer in Jerusalem, certainly not for women's prayer on the Temple Mount, or for religious balance in the Middle East.

We just don't want to disturb our breathing and we don't want to annoy anyone with the fact that we were born, or as 12-year-old girls who are thirsty for Zumi say - sorry that I really exist.

Oh, so it turns out that 74-year-old countries can feel and transmit the exact same thing.

Even in our synagogue, the prayers were held as usual.

I didn't hear anything that didn't happen a millimeter near me, but the day after the holiday a friend from Jerusalem said that I was living in a movie, because they heard the echoes of gunfire from a siege in Ahar - she lives in the Arnona neighborhood.

In other neighborhoods in Jerusalem, gunfire was also heard on Rosh Hashanah.

Sometimes it was really an audio-visual show - there are Israelis for whom war grenades were a more vivid symbol than holiday grenades: Sara Al-Hatsani Cohen wrote here yesterday about the residents of the Ma'ale Zaytim neighborhood, more than 100 families who became targets for throwing Molotov cocktails and fireworks during the holiday .

The prayers on the Temple Mount were held "as an orderly".

Shofar did not call on the Temple Mount in the old city, but Jerusalem is bubbling.

Even after the security forces were called, as testified the residents who stayed outside the houses and saw how a holiday gift was aimed at them, the police explained that as long as there are no casualties - there is no point in using too much force.

Wow, who has the power.

Rosh Hashanah is still the day of remembrance, so in our sources, and the power to remember is the minimum.

22 years have passed since what is commonly known as the "Al-Aqsa Intifada" began on Rosh Hashanah.

It is easiest to drop that wave of terror on the Temple Mount, and Ariel Sharon loved the public fast.

Shootings at cars, at people, a wave of terror that gradually permeated the rest of the country, and the Palestinian protest spurred on the Israeli Arabs.

What is certain is that if you remember - it is easier to identify a situation.

And if reported - all the more so.

If we didn't get used to hearing on the radio that the prayers on the Temple Mount are being held as usual, when there is no freedom of religion in the State of Israel because the Jewish religion is being discriminated against in an act of terrorism - we would not be amazed every time by the wave of hatred that smashes against us.

The intifada that began on Rosh Hashanah 2000, and the smell of which now rises in every nose endowed with a sense of historical smell, began as usual on Yosh. The reports, which are not broadcast anywhere but are collected and waiting for someone to trigger the system, say that during Rosh Hashanah, just before the holiday, a terrorist arrived by car at the station The fuel in the early days, he placed an explosive device between the pumps(!) and ran away; and at the exact same time, when we were frying beet fritters at my place, near the fence of Psagot, a terrorist, no matter what denomination, came and set it on fire; on the holiday itself, around the time we were doing Kiddush over whiskey, stones were thrown Towards pedestrians who were marching to pray in the Cave of the Patriarchs; if I'm calculating correctly, then around midnight on the second day, a burning tire slammed into soldiers in a position, in the Jordan Valley.

And there were also targeted blinding of vehicles by lasers, throwing objects from buildings at moving vehicles or at civilians, and in total, just during the holiday days that some of us spent peacefully and some of us, it turns out, on the battlefield - the rescue forces counted two shooting attacks, five explosives, at least 25 Molotov cocktails, at least 12 burning tires, throwing stones, paint bottles, vandalizing a vineyard and placing an obstacle on railroad tracks.

All this - only in Yosh.

Intifadas are shortened when they are reported.

The sooner we know what is happening a few minutes away from us, in a nearby neighborhood, in a nearby city, the more we will cut short the wave of terror that is being tried to mask with stupid political pretensions, not to mention cruelty.

The events of the second intifada, photo: A.I.P., A.I.P

According to survey data carried out by a geocartography company for "Israel Today", it appears that approximately one third of Israelis choose to vacation during the Tishrei holidays abroad, or if I may be allowed in the spirit of the terrible days - in one of the diaspora countries. This is an interesting statistic, considering that approximately one third of Israelis testify to themselves that they are traditional, and no matter how we play with the data, if we take into account that those who define themselves differently, for example religious, ultra-Orthodox and also Arab, do not usually fly to rest in the countryside - then there is a certain overlap between those who define themselves as traditional and those who choose to spend the Tishrei holidays outside the Holy Land.

So it's true that maybe some even fly to Uman (I didn't say there was a difference), but all roads lead to Rome, Crete and the fact that people who call themselves traditional do not build a sukkah and/or don't sing in the "Mefi El" synagogue on Simchat Torah, but prefer to evaporate in some deal.

This Israeli trend throws the ground out of the "traditionalism" fashion, which holds that one does not really need a full-fledged religion, but "those who want to taste should come", as Sher Nissim caused in the most beautiful episode of "Nice Butterfly" for the Tishrei holidays.

This is a judgmental insight on my part, and the Day of Judgment belongs to God, but here is my shekel on the survey and the congestion in Israel: traditionalism holds exactly one generation. If you do the holidays abroad, it is doubtful if your children will recognize the taste of Tishri.

The queues at the National Bank of Israel,

Reinforcement of the police force and traffic congestion: preparations on the roads for Rosh Hashanah // Photo: Police spokesmen

Opinion Those who travel to Uman: the women who do not give up the annual visit to Ukraine Israel today 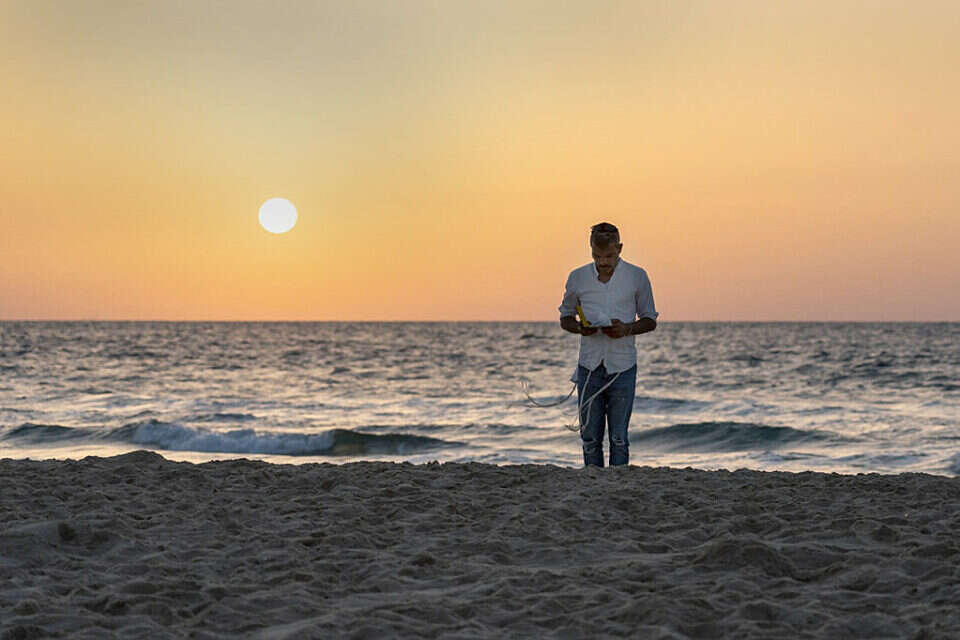 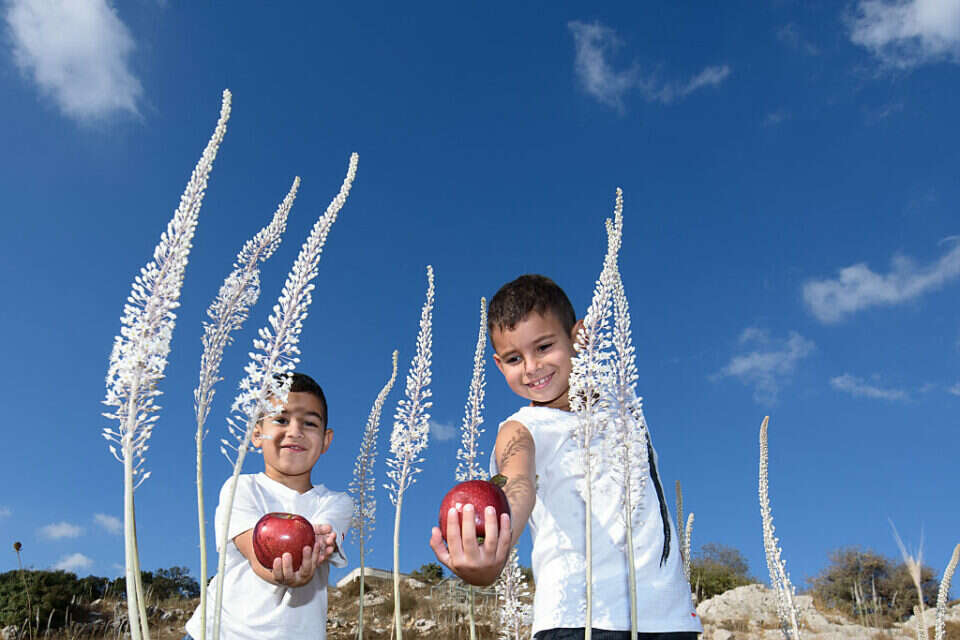 A new child for the new year: the babies born on New Year's Eve - voila! news 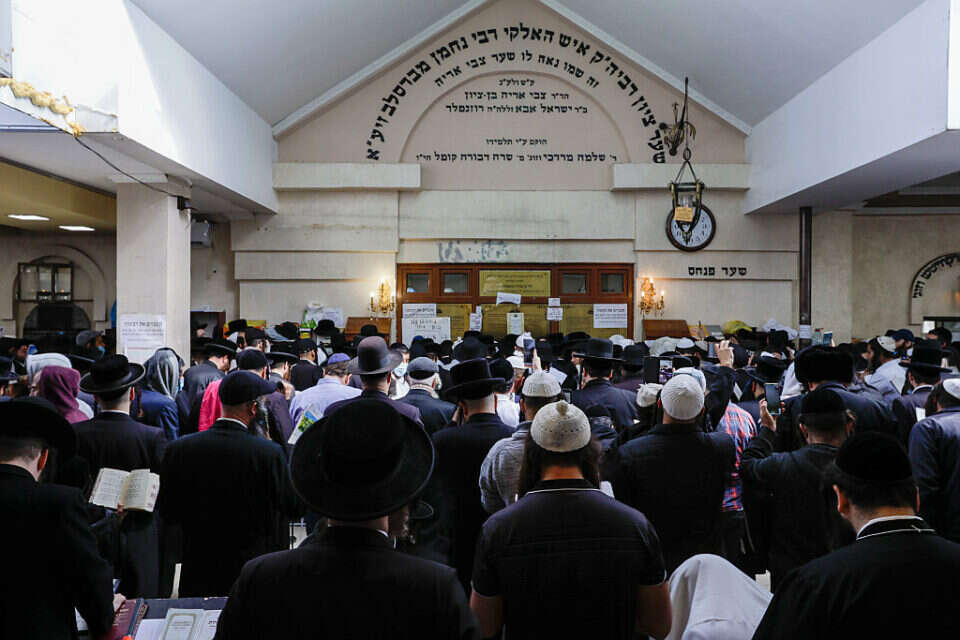 Ukraine warns: "It is not certain that followers will be allowed to enter the nation on Rosh Hashanah" | Israel today