Polish experts: Toxic algae were the reason for fish deaths Created: 09/29/2022Updated: 09/29/2022 17:02 Dead fish float in the water of the German-Polish border river Oder. © Patrick Pleul/dpa/Archive On behalf of the Ministry of the Environment in Warsaw, a group of experts investigated the causes of the fish kill in the Oder. The result: the deadly poison of an alga was fatal to the fish. Th

Dead fish float in the water of the German-Polish border river Oder.

On behalf of the Ministry of the Environment in Warsaw, a group of experts investigated the causes of the fish kill in the Oder.

The result: the deadly poison of an alga was fatal to the fish.

The algae were also able to thrive because the river is heavily polluted.

Warsaw - Polish scientists have confirmed the thesis that a toxic alga caused the fish kill in the Oder.

A renewed appearance of the algae species Prymnesium parvum is possible in the coming years, the experts warned on Thursday in Warsaw when presenting a preliminary report.

They recommended systematically checking water quality in the future and reviewing the permits for companies to discharge waste water.

The German Federal Ministry for the Environment wants to publish the final results of the German side on Friday.

The Polish Ministry of the Environment commissioned a group of 49 experts from 14 research institutes to investigate the causes of the environmental catastrophe.

"The reason for the fish deaths was most likely the toxic effect of an algal bloom," said Agnieszka Kolada, a water biologist from the Institute for Environmental Protection.

In July and August, masses of dead fish were discovered and collected in the Oder on the Polish and German sides.

According to Kolada, on the Polish side it was 249 tons.

After a lengthy search for the causes, the algae species Prymnesium parvum was detected in water samples in both Poland and Germany.

It can form a deadly poison for fish.

In Poland, a total of 221 water samples were taken from different sections of the Oder between August 12 and September 8, Kolada said.

Prymnesium parvum was detected in 78 percent of these samples.

This type of algae had never been noticed in Poland before.

The findings from examining dead fish and mussels also indicated that the algal toxin was the cause of a "sudden, rapid" death.

A number of factors favored the algal bloom, the report said.

The water quality of the Oder has been poor in recent years and has a high salt content.

"The Oder is a river that is far from its natural state," said aquatic biologist Kolada.

Heavy regulation of the river would not have helped it cope with the stresses that had accumulated over the past summer months.

It didn't rain for almost two months in midsummer, which led to a low water level.

The water temperature rose at times to up to 27 degrees.

"In this way, the alga found conditions that enabled it to develop."

The scientists warn that the massive flowering of Prymnesium parvum in the Oder and other rivers in Poland could repeat itself in the coming years.

So far, there has been no research on how such a bloom can be prevented.

The panel of experts recommended creating a system of permanent water quality control, which must also be accessible to the public.

In addition, the control of all companies that discharge wastewater into the Oder must be continued.

The aim must be to find those companies that are primarily responsible for the poor water quality.

All existing wastewater discharge permits would need to be reviewed and revised.

In the future, it must be possible to temporarily limit the discharge of wastewater or to stop it altogether when the river is in a critical condition. 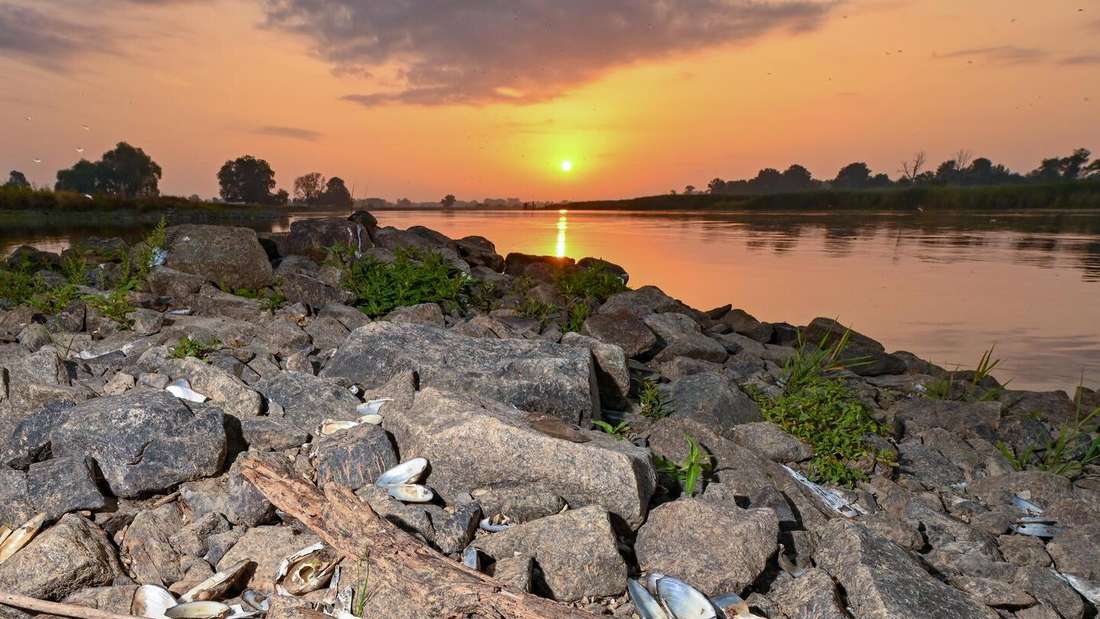 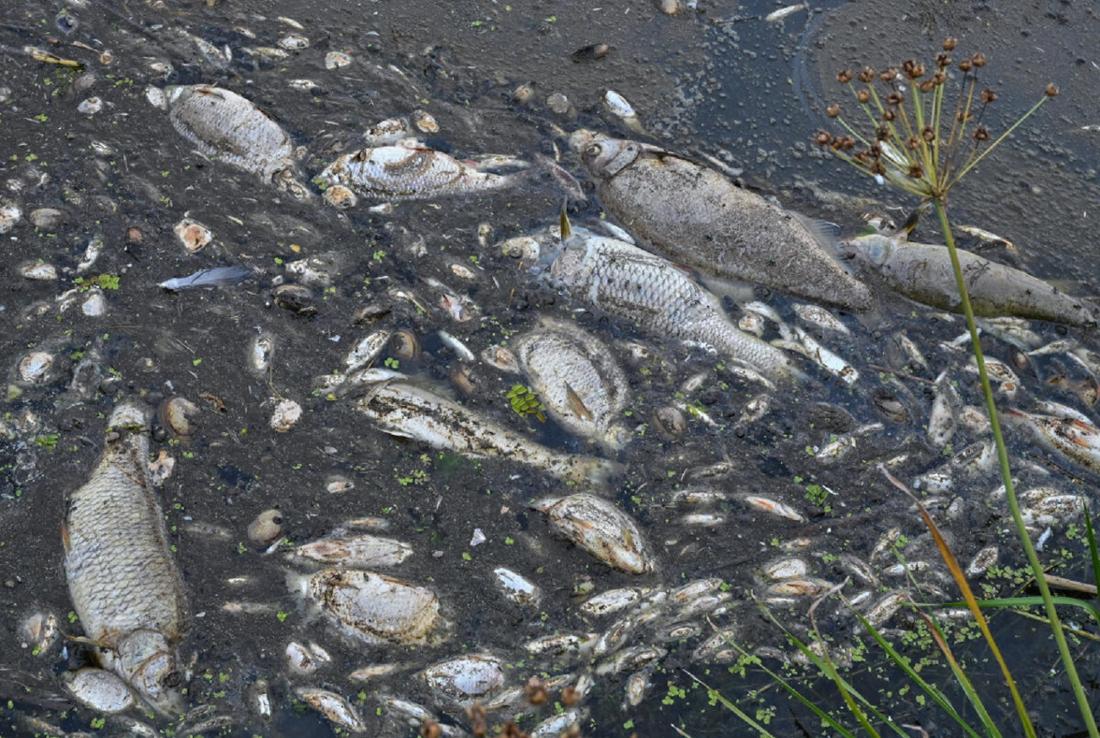 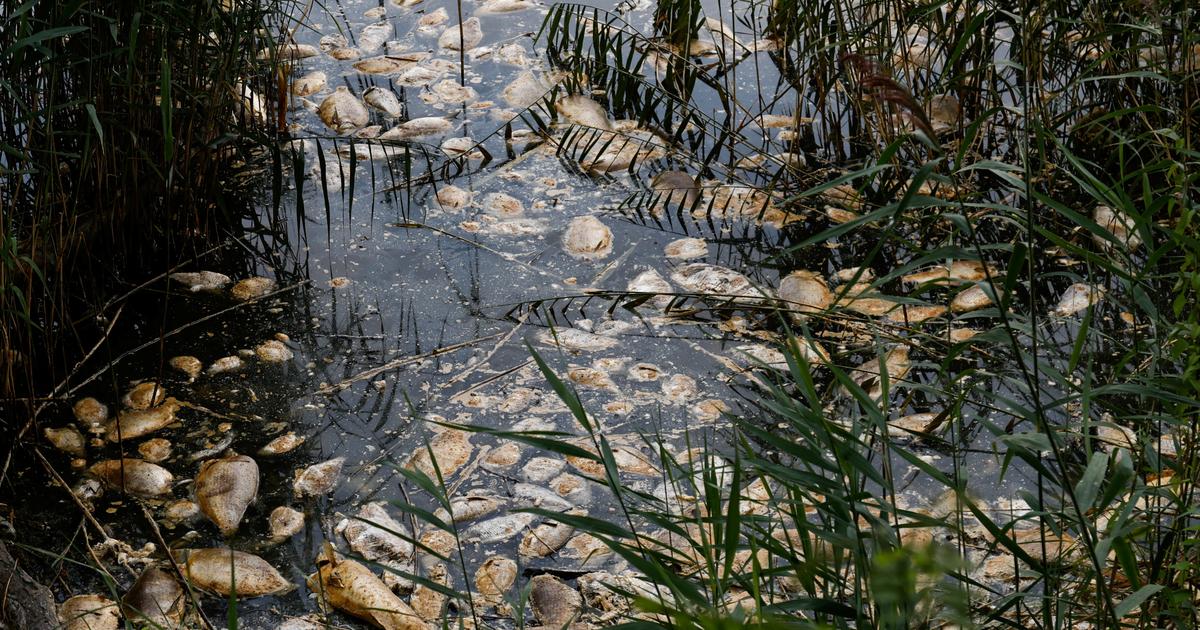 Pollution of the Oder: a possible toxic algae causes the death of thousands of fish

For the first time: representatives of the future opposition met to discuss a joint struggle against the new government - voila! news
2022-12-06T19:51:14.773Z