Tegernsee fantastic: family angry about the admission price - "Wait for the next lottery draw" Created: 09/29/2022, 22:29 By: Christina Jachert-Maier The glass climbing wall in Tegernsee is fantastic high up. The entrance fee is also at a high level. © Archive tp Korbinian Kohler is very satisfied with the fantastic start from Tegernsee. However, the admission price – 42 euros for three hours The glass climbing wall in Tegernsee is fantastic high up.

The entrance fee is also at a high level.

Korbinian Kohler is very satisfied with the fantastic start from Tegernsee.

However, the admission price – 42 euros for three hours – is a big topic on social media.

The hall was full at the weekend.

The team from Tegernsee is currently letting 200 people into the adventure world at the same time, more is not possible in the initial phase.

The indoor leisure park with a virtual aquarium, high ropes course, trampoline facility, ninja warrior course and all kinds of high-tech attractions has been open since the beginning of the month.

Many have been waiting for this.

He couldn't name the exact number of visitors, but the response was in line with expectations.

"And when we leave, everyone is excited," he says.

New attraction at Tegernsee: Many comments on the entrance fee

Quite a few, however, do not go in at all because of the ticket prices.

At least that's the picture conveyed by the numerous comments on Facebook.

42 euros per person for three hours, that's completely excessive, they say in unison.

"For a family with two children, that's just 168 euros for three hours.

One wonders why such prices would be called for families, says another.

The next writes: "We have four kids and actually wanted to go there too, but now we're just waiting for the next lottery draw."

He says that no lawsuits in this direction have yet been filed against him personally.

The hotelier has now shaken up the price structure.

A 90-minute ticket has recently become available for 25 euros.

“To lower the barrier,” says Kohler.

Interested parties could simply take a look at Tegernsee fantastically.

The high ropes course is not included in this ticket.

By the way: everything from the region is also available in our regular Tegernsee newsletter.

According to his calculation, the price is not too high, on the contrary.

"I think we got into it moderately," says Kohler.

Compared to other offers, the entrance fee is at the lower end of the scale.

In Munich trampoline centers, 15 euros per hour is the norm.

"So we are cheaper and offer 20 times as much."

How much Kohler has invested in the new world of experience, he keeps to himself.

He had only revealed this much at the opening ceremony: he could have built a veritable hotel for the sum.

Making the Kohler hotels around the Tegernsee even more attractive was also the impetus for the construction of the fantastic Tegernsee.

Anyone vacationing at the Bachmair Weissach can romp about in the hall to their heart's content.

The ticket price is included in the booking.

It is already noticeable that the guests appreciate it, says Kohler.

And in all age groups: "We now had an 80-year-old couple who were totally enthusiastic."

The Italian restaurant Gardone in the Erlebniswelt is also proving to be popular: "It's fully booked almost every evening." More employees are urgently needed.

A total of around 40 people are required to operate the adventure world and restaurant.

A temporary work agency is currently helping out.

According to Kohler, there is a lot to do.

Not only the guests of his, but also those of other hotels in the Tegernsee valley come to the Weissacher Halle.

But also many locals.

"It's about the same," says Kohler.

In the meantime, the first school classes have also taken a trip to the adventure world.

But according to Kohler, there was a special prize for them.

"And there may be more to come."

You can find more current news from the district of Miesbach and the Tegernsee region at Merkur.de/Tegernsee. Despite the energy crisis: EC Tegernsee aims to open the artificial ice arena Exclusive shuttle service to the Saurüsselalm? Helicopters and black Bentleys cause a stir

Exclusive shuttle service to the Saurüsselalm? Helicopters and black Bentleys cause a stir Unpackaged things are now also available at Tegernsee: Laden works together with Boarhof 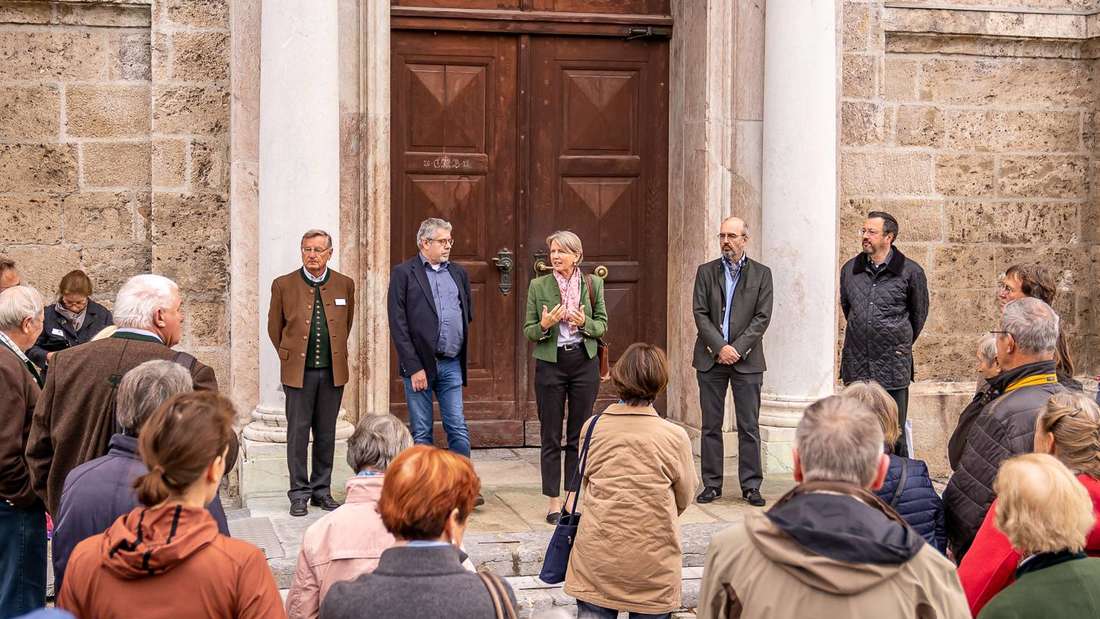 Searching for traces into the crypt: 100 visitors at the Donor's Day in St. Quirinus Tegernsee