The murder of Tair Rada: the chances are increasing that the hair found at the scene belongs to Adir Habani - voila! news

Full DNA sequencing done by the Institute of Forensic Medicine revealed that there is no match between three samples in the possession of the police and the hypothesis found at the scene of the murder. This means that her compatibility with Havni's genetic profile has increased. The critical question is how rare the DNA is, and it is expected to come up in the Zadorov trial

The murder of Tair Rada: the chances are increasing that the hair found at the scene belongs to Adir Habani

Full DNA sequencing done by the Institute of Forensic Medicine revealed that there is no match between three samples in the possession of the police and the hypothesis found at the scene of the murder.

This means that her compatibility with Havni's genetic profile has increased.

The critical question is how rare the DNA is, and it is expected to come up in the Zadorov trial

On video: Ilana Rada at the summation stage in the Zadorov trial: there is more than one murderer (Photo: Eli Ashkenazi)

The examination by the Institute of Forensic Medicine revealed that the chances are increasing that the hair found at the scene of Tair Rada's murder belongs to Adir Habani.

The test revealed that there is no match between three DNA samples found in the laboratories of the police forensics division and the complete mitochondrial profile of Habani and the hair found at the scene of the girl's murder.

The murder of Tair Rada - the latest articles

The decision stage in the Zdorov trial is approaching, the parties will gather for summaries

Roman Zdorov's wife: the hypothesis test proves that he is not the murderer of Tair Rada

Partial DNA sequencing done by the police forensics department revealed that there was a partial match between those three samples and the hair found at the murder scene.

Now, after the full sequence of those samples was done by Dr. Nurit Bobalil, the director of the laboratories at the Institute of Forensic Medicine, it appears that they do not match the hair profile from the murder scene or the DNA profile of Habani.

The meaning of the test is that statistically the DNA sequence of the hair found in the arena has increased in rarity, and accordingly its match with Havni's genetic profile has increased.

The issue of the rarity of that DNA is crucial, and it is expected to be brought up in the retrial of Roman Zdorov, even though the summaries of the parties have already been heard.

Her murder continues to stir the country.

The institute's examination comes before the decision-making stage in Zadorov's retrial, which is being conducted before the panel of judges Asher Kola, Dani Sarfati and Tamar Nissim-Shei, who last week heard the summaries of the parties, about three months after the end of the stage of hearing the testimonies.

The testimonies were heard before the court for about seven and a half months in dozens of days of hearings, two or three hearings every week, which spread over hundreds of hours.

In his decision to hold a retrial, Hanan Meltzer, then a judge of the Supreme Court, recommended that the parties consider concentrating on four central issues: the discovery of foreign footprints at the scene of the murder, the blood leaking on top of the shoe print on the toilet lid, the bloodstain of the deceased that was discovered in the third cell and the evidence of the Dan "A. Mitochondrial.

But the trial stretched across a much larger canvas, even though the judges urged the parties to focus on the main issues pointed out by Meltzer. The written summaries submitted by the parties also stretch across a wide canvas of issues, hundreds of pages on each side, but in the end they focus on a few key points.

Tair Rada's murder: why don't we talk about the evidence that makes the hypothesis finding irrelevant

Zadorov in his testimony at his retrial at the District Court in Nazareth, March (Photo: Eli Ashkenazi)

The prosecution focuses on Zadorov's confession, both to the dubbing he sat with in the detention cell a week after the murder and to the police investigators.

The prosecutor's office will also argue before the court today, as they wrote in the summary they submitted, that "the analysis of the defendant's confession, the way it was delivered to the dubbing and later to the investigators and in the reconstruction, its high internal weight, the many truths that are woven into it and the arsenal of trained details that support it, lead to an unequivocal conclusion; the defendant's confession It's true."

According to the prosecutor's office, this is a "powerful acknowledgment like no other".

On the other hand, the defense attorney, attorney Yarom Halevi, claims that during the dubbing of Zadorov and his confession to the murder, his rights as a suspect were trampled upon and a malicious connection was established during which the dubbers were guided by the police officer who conducted the investigation. He also claims other investigative failures that ranged from "malice " to a "mistake". He also claims that Zadorov, encouraged by the voiceover, said that he was confessing "with a clean heart". In the trial, several discussions were devoted to the meaning of the lightening of the punishment in Russian and Ukrainian law for confessing "with a clean heart".

However, even in Zadorov's conviction in the Supreme Court, by a majority vote, Judge Yoram Danziger, who was in the minority opinion in favor, stated that "the applicant's confessions and admissions - to the dubbing, to the investigators, and in the context of the reconstruction - are of great internal weight, contain a great deal of qualified information, and are consistent with various findings found at the scene of the murder, and that each of these pieces of evidence has a layer that stands on its own, when in all of them there is consistency regarding most of the details."

Also regarding the methods of seduction that were taken, he stated that no weight should be attached to them despite the certain problematic nature of the investigators' conduct.

The murder of Tair Rada: the chances are increasing that the hair found at the scene belongs to Adir Habani - voila! news

The new finding from the scene of the murder of Tair Rada provokes a battle of accusations between AH and AK - Walla! news

The judge on the findings of the tests that link Havni to Rada's murder: "Not to give them weight would be far-reaching" - Voila! news

New tests have raised the likelihood of the presence of DNA of Adir Habani at the scene of Tair Rada's murder - voila! news

Roman Zadorov's wife: A test of the hypothesis proves that he is not the killer of Tair Rada - Walla! news 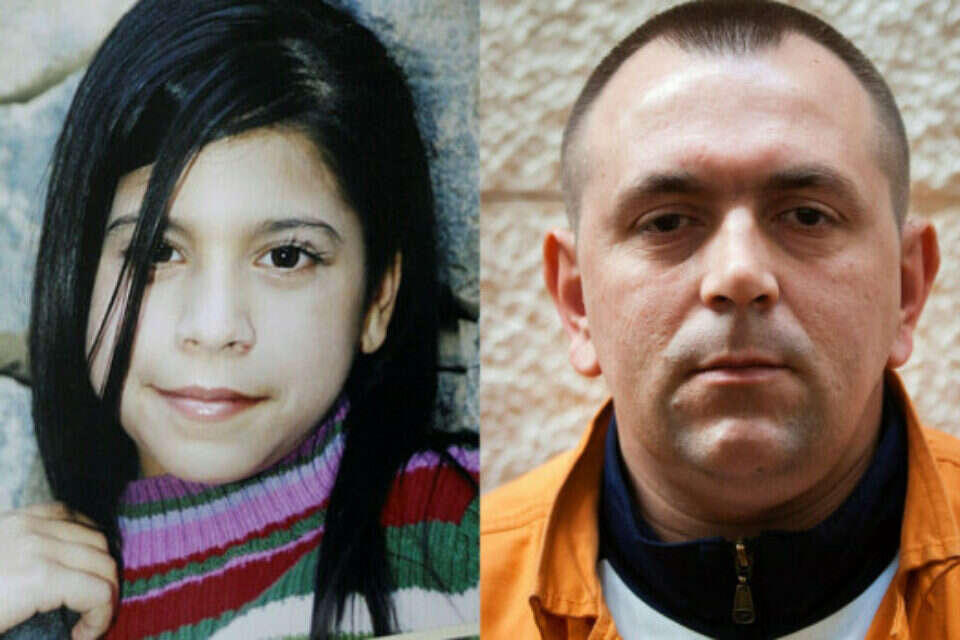 A hypothesis that may win Zadorov | Israel today

Out of three, one came out? The development in the Rada case may devour the cards in the Zadorov trial - Walla! news