The new Freising Diocesan Museum: "A house of open walls" Created: 09/29/2022, 17:00 By: Andreas Beschorner The new ceiling makes the atrium of the Diocesan Museum what the name means: a place full of light, an almost doorless “place to stroll” for visitors. © Lehmann The new diocesan museum on Freising's Domberg is a great architectural feat. That was evident on the first tour. Freising – Th 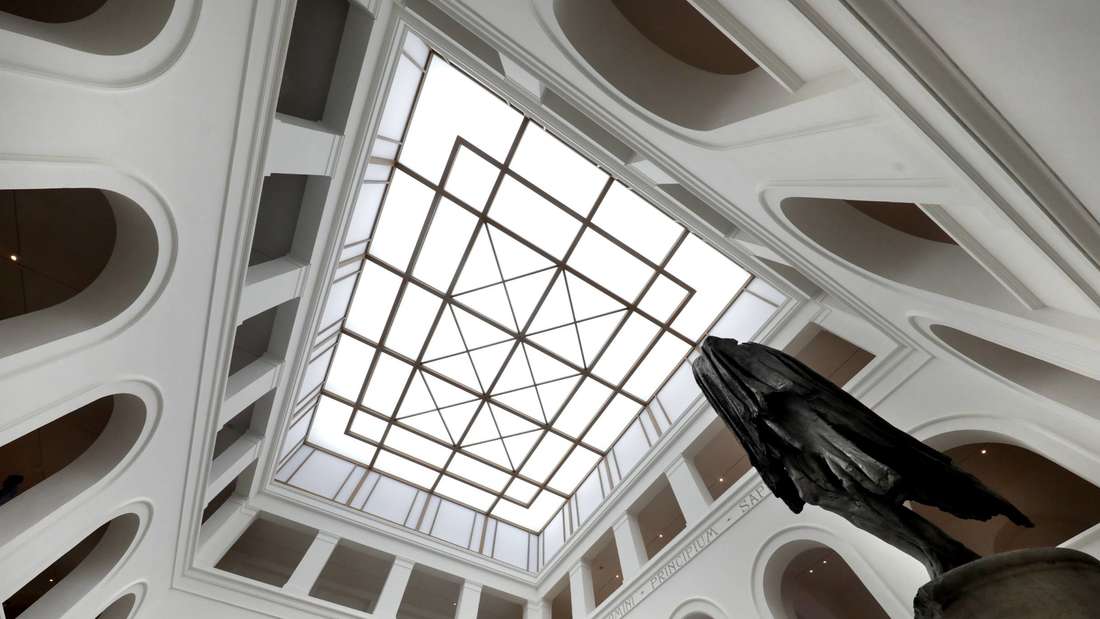 The new ceiling makes the atrium of the Diocesan Museum what the name means: a place full of light, an almost doorless “place to stroll” for visitors.

The new diocesan museum on Freising's Domberg is a great architectural feat.

That was evident on the first tour.

– The Archdiocese of Munich and Freising had to do without one of its figureheads for nine years, nine long years.

The Diocesan Museum on the Freising Domberg was closed for that long.

Now, nine years and 73.8 million euros later, it is reopening – as the motto says: “As always.

An open house for critical dialogue

1700 years of regional and national religious history is housed in the completely renovated building, which, as was repeatedly emphasized during a press tour on Thursday, wants to be much more than a museum.

The museum now wants to be a place "that wants to stimulate people and open up ways for them to ask themselves the essential questions of life", an "open house" not only in terms of structure but also in terms of content, open also for "critical dialogue", as Vicar General Christoph Klingan formulated the approach that is so important in these times.

A house that aims to facilitate “dialogue between church, art and society”, as museum director Christoph Kurzder put it.

A house of “open walls” that, as architect Peter Brückner put it, breaks completely new ground in terms of museum and space.

So when Archbishop Reinhard Marx inaugurates the new old museum this Friday, it will be "a great joy for the entire archdiocese," said Klingan.

The Freisinger Mons doctus has always been a place of encounter, dialogue and inspiration and will continue to be so in the future.

But the former boys' seminary has not only fundamentally changed its appearance inside and out in terms of construction: the windows are larger, the ceiling makes the atrium what the name means - a place full of light, an almost doorless "place for strolling", like Kurzeder called the central space from which the visitor should "enjoy the art".

The Diocesan Museum has also repositioned itself conceptually.

There is already something new on the ground floor that is very symbolic of the new Diocesan Museum: instead of the huge painting from the 19th century with a depiction of Mary and angels on the back of the former chapel, which was the first thing you saw when entering the museum, it is now a space-spanning and brilliant light installation by the American installation artist James Turrell, which welcomes and embraces the visitor.

And then there is – lonely and unmistakable – the oversized bronze sculpture “Arcangelo” by the Belgian artist Berlinde de Bruyckere.

"Anarchy" on the streets: Expert sounds the alarm - "Every day umpteen life-threatening situations"

"Anarchy" on Freising's streets: the city is working on improvements

This suffering Christ, which director Christoph Kurzder explains, is on display on the ground floor.

The museum is also breaking new ground on the first floor, where objects from the collection, which comprises around 40,000 pieces and depicts 1,700 years of religious history, are exhibited - but not in chronological order, as is often the case, but embedded in a biographical concept.

The second floor is dedicated to special exhibitions, Kurzeder explained - starting with "Dance on the volcano".

Based on testimonies about Naples and Vesuvius, this retrospective deals with the very topical question of how people deal with the threat of natural disasters and events that they cannot influence.

There are views everywhere

Architect Peter Brückner reflected that the open house on Sunday and Monday (10 a.m. to 6 p.m.) is the result of seven years of hard work.

The intention was to "leave the dignity of the walls from 1870", but to break new ground with the concept of "open walls": the Diocesan Museum is now bright and flooded with light, the formerly closed exhibition rooms have been opened up with arcades , everywhere there are views of the city, Toompea and the countryside.

Everything breathes clarity, transparency and elegance.

In addition to the almost 2500 square meters of exhibition space, there is also a large museum shop, a restaurant with a panoramic terrace and a library as a relaxation and reading room complete the museum concept on Domberg.

Only differently" was the motto of the Diocesan Museum in the past nine years, when people had "wandered" in the Beuerberg Monastery or in Venice, said Kurzeder.

So now, having returned to their old home, they want to be a place for culture, art and spirituality again.

As in the times of Saint Corbinian. 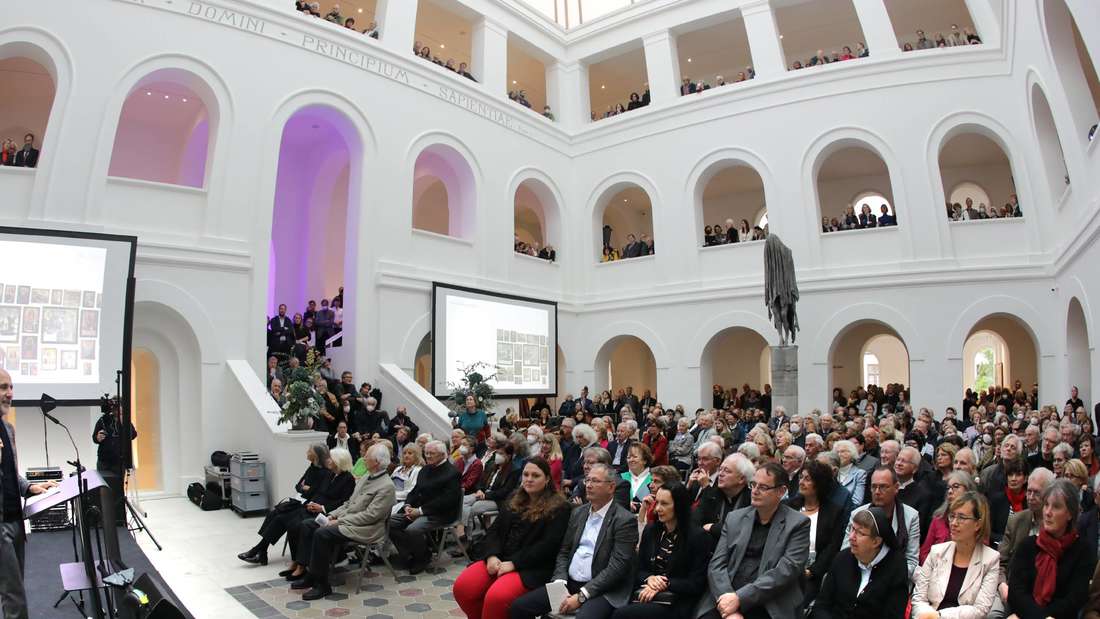 Completely renovated Diocesan Museum reopened: The Freisinger Domberg has its art back View as far as the Alps: Freising gets a special restaurant on the Domberg 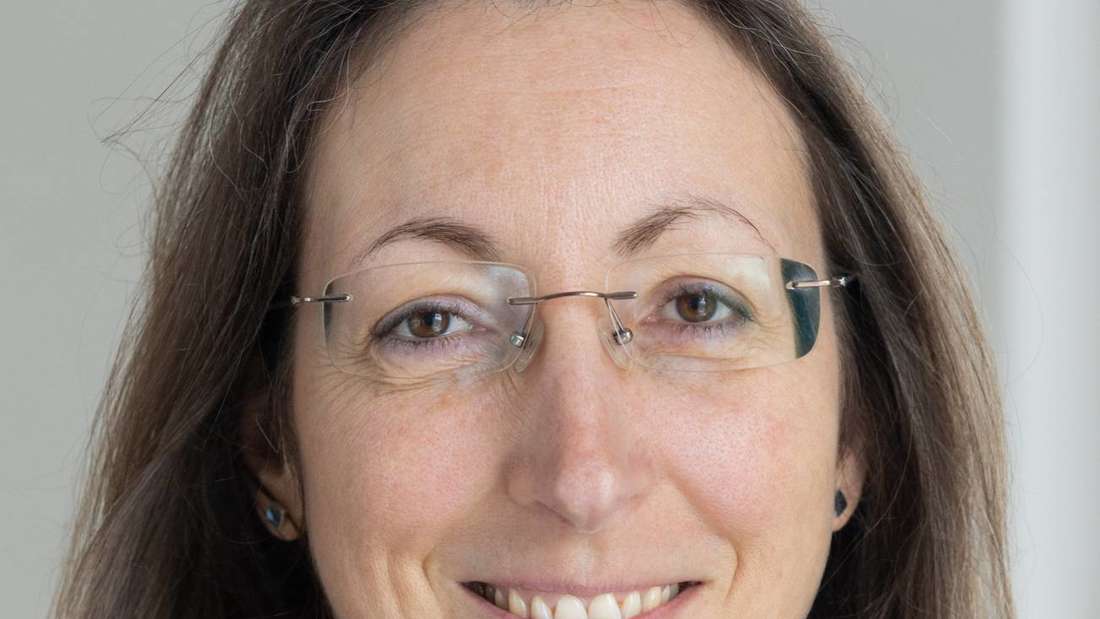 The monastery in Beuerberg is an "experimental field" It's going to be nice! The new Freising City Museum is a great success 900 years of monastery history in Beuerberg: Large festival program at the weekend Nocturnal thriller about the Domberg elevator: City councilors almost bring down the project