The Queen and Hong Kongers. 4｜Why is there a British complex of "the birth mother is not as big as the foster mother"?

If someone robs a child, and then teaches books and makes it self-reliant, so that someone can earn more for someone; then how the child will view this special relationship depends to a large extent on how someone plays the relevant behavior. 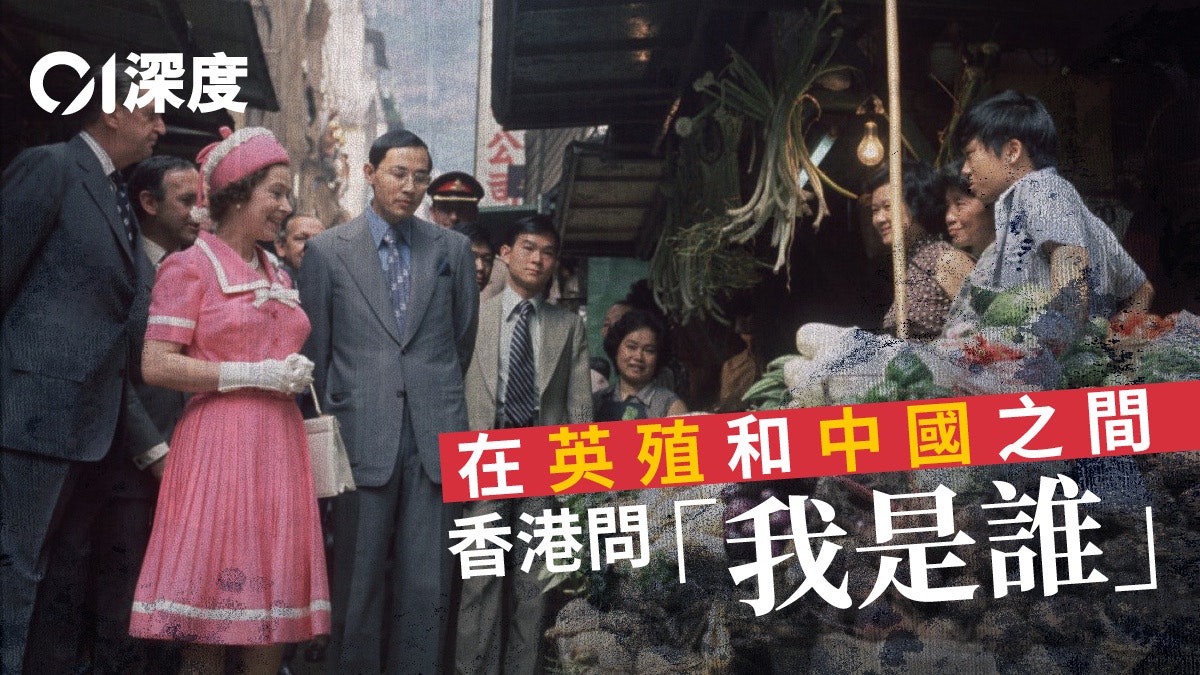 If someone robs a child and then teaches books and makes it self-sufficient for someone to earn more for someone else; then how the child will perceive this special relationship depends to a large extent on how someone behaves in relation to it ——Whether it is tyrannical or predatory, and how to instill relevant consciousness-is it soft and enticing or aggressive.

Hong Kong, which has experienced 152 years of British colonial rule, is like this child. There are still many people who are "thankful" to him, especially the death of Queen Elizabeth II. Big", "My father and mother are not as close as the Queen of England", and even "who I am" can't be said clearly.

"The Queen and the People of Hong Kong" Series No. 4

1 | What are the reflections of the Queen and Hong Kong people in addition to the political sentiment behind the public mourning?

2｜The Mystery of Royal Fans' "Submission" - The People's Favor or Self-imagination of the Queen of England and Hong Kongers.

3｜Why do you believe the Hong Kong story of "British Gift"?

"Queen Elizabeth II never asked us to love the UK, sing the national anthem, understand the national conditions..." In Hong Kong Yunyun's eulogy, this sentence appeared very frequently, because many people thought that It can be used to express dissatisfaction with the SAR government's implementation of many explicit national education policies in recent years.

As a matter of fact, in recent years, whenever there are conflicts or disputes over identity between Hong Kong and Hong Kong, some people always hope to bring out the message that "Hong Kong Britain is not brainwashed" by emphasizing such "Hong Kong British do not do anything" - but the paradox is that , this kind of information itself is the result of an implicit "brainwashing", but many people don't take it seriously, or even believe that the brainwashing of Hong Kong and Britain must be more just and correct, so they will gladly accept it.

However, from the essence of "colonization", in order to fully dominate the political, economic and cultural core of the colony, the colonizers themselves would construct consciousness, re-identify and re-imagined the local people.

Edward Said, a Palestinian cultural critic and postcolonial theorist, analyzed this "colonial discourse creation" in Orientalism, published in 1978, and pointed out that the "West" used various textual forms to influence the "Oriental" countries, especially the "Eastern" countries. It is some areas under the control of colonialism that carry out cultural coding and knowledge production - this not only creates oriental theories based on Western-based ideology, constituted from a Western logical perspective, and exists in relation to Western knowledge systems, but also creates a group of conscious Eastern intellectual elites who use Western discourse profoundly influence the ideology of Eastern countries and regions—as a result, modern political and economic history, as well as contemporary theoretical generation and discourse power, are all dominated by the West.

"During the period of British colonial rule, the Chinese cultural identity and national consciousness of Hong Kong people were suppressed, resulting in 'distortion of the original cultural quality'." Li Xiyuan, a professor at the Guangdong-Hong Kong-Macao Development Research Institute of Sun Yat-sen University, published an academic review article "Global, National Sexuality and Locality: Postcolonial Criticism in Hong Kong Academia and the Reconstruction of Hong Kong People’s Cultural Identity” points out that identity can be objectively distinguished through specific life practices, while cultural identity is based on subjective emotional judgments of oneself and the group to which it belongs. , while the identity and cultural identity of "Hong Kong people" are continuously formed in the constant definition of "who is us" and "who is the other".

This has never been an easy question for many Hong Kong people.

In the same year, Wang Gungwu, a well-known overseas Chinese researcher who served as the president of the University of Hong Kong from 1986 to 1995, also recorded his observations on "Hong Kong people" in his editor-in-chief of the "New Edition of Hong Kong History" (Volume 2) - in 25 years. Looking back today, it is also quite interesting: "From a cultural and historical point of view, Hong Kong people are Chinese. This sense of identification with the country is stronger than ever today. However, many Hong Kong people think that they are Chinese. Chinese with different consciousness. They reject the concept of colonial Chinese and have been disgusted with this 'negative image' for decades."

According to Wang Gungwu's understanding at the time, Hong Kong people did not identify with the British colonists, nor did they fully identify with the contemporary mainstream consciousness of the mainland or Taiwan, but had a unique concept of local identity and were aware of their own strengths and weaknesses in a special historical environment, such as It can be a study object in the Asia-Pacific region or in mainland cities.

It can be said that Hong Kong people's concepts of "country" and "home" are not completely the same. They have relatively obvious local tendencies, but they are less prone to separatism.

Although Hong Kong is located at the intersection of Chinese and Western cultures, it also has a unique history and a rare quality; however, these histories and characteristics are always simplified and obliterated by mainstream discourse, and are often even ignored by the Hong Kong people living in it. Ignore despised.

However, this "local awareness" of "Hong Kong people" is often criticized for lack of subjectivity.

"Westerners come and want to find oriental qualities in her, but the Chinese come and think she's a little bit foreign. What about us? We can't tell, so we had to go with the flow and hold our heads up to accept the title of "Chinese-Western Cultural Exchange Center". In 1996, in his book "Hong Kong Story - Personal Memories and Literary Reflections", Weiluan Lu, a well-known prose writer under the pseudonym "Xiao Si", described the "Hong Kong" that lost himself. people".

The academic circles usually use the terms "marginality", "intervalence" and "hybridity" to explain the "ambiguity" of Hong Kong people: Hong Kong is located on the frontier of mainland China, that is, on the edge of national politics and mainstream culture; At the intersection of China and foreign countries, after the British colonial rule of China and foreign countries, it has a unique history and a rare quality; however, these histories and characteristics are always simplified and erased by mainstream discourse, and even often Among them, Hong Kong people ignored and despised, mixed into a kind of torn each other by globalization, nationalization and localization, and were deeply influenced by fundamental capitalism, which was conservative and open, warm and self-interested, practical and consumerist. the backbone of Hong Kong culture.

The British Hong Kong government has long since shifted the contradiction between nationalism and colonialism many times through its advocacy of Hong Kong's social ideology, as well as its instigation and "collaboration" with certain mass media.

On the one hand, this is of course a subjective projection and over-imagination of dissatisfaction with the status quo; on the other hand, this awareness has a long history.

In 2002, Culture, Identity and Politics, an associate professor of the Department of Social Sciences of the Hong Kong University of Science and Technology, traced its origins. One of the keys lies in the British Hong Kong government's advocacy of Hong Kong's social ideology, as well as its support for certain mass media. The instigation and "collusion" of China have long since shifted the contradiction between nationalism and colonialism many times, and penetrated into a kind of opposition between "urban Hong Kong" and "rural China" - the former represents development and openness, while the latter is backward , closed, thus shaping local and national identities into divisions between "our kind" and "other".

In addition, the aforementioned mainland scholar Li Xiyuan has also compiled explanations from different local research fields in "Global, National and Local: Post-colonial Criticism in Hong Kong Academia and the Reconstruction of Hong Kong People's Cultural Identity": Sociologist Zheng Wangtai analyzes the distinction between "Hong Kong people" and "Chinese" from the legal identity system, and believes that the mainland government has imposed many restrictions on Hong Kong people's access to the border and activities in the mainland since the 1950s, which disguised the national identity of Hong Kong people. The implementation of the "Hong Kong Resident Status System" by the British Hong Kong government not only shaped the "Hong Kong people"-based "resident identity", but also directly led "Hong Kong people" to distinguish "Chinese" from "national identity" Liu Zhaojia, a political scientist, analyzed various real differences between Hong Kong and the mainland, including social system (socialism vs capitalism), development direction (inward vs outward), governance method (rule of man vs rule of law), degree of development (Poverty VS richness), etc., have all caused some Hong Kong people to have a political centrifugal tendency towards the Chinese, and have directly enhanced their local awareness.

However, more scholars point to the "alienation of the people's education" and the "construction of superiority consciousness" during the British Hong Kong period, especially the citizens who "the Queen of England has never asked us to love Britain, sing the national anthem, and understand the national conditions" praised by some people. Education, on the surface, does not impose a certain consciousness, but in fact implants the concept of no nation, no state, no self. . . .

1 | What are the reflections of the Queen and Hong Kong people in addition to the political sentiment behind the public mourning?

2｜The Mystery of Royal Fans' "Submission" - The People's Favor or Self-imagination of the Queen of England and Hong Kongers.

3｜Why do you believe the Hong Kong story of "British Gift"?

4｜Why is there a British complex of "the birth mother is not as big as the foster mother"?

The Queen and Hong Kongers. 4｜Why is there an orphan complex of "the birth mother is not as old as the foster mother"?

The Queen and Hong Kongers. 4｜Why is there a British complex of "the birth mother is not as big as the foster mother"? 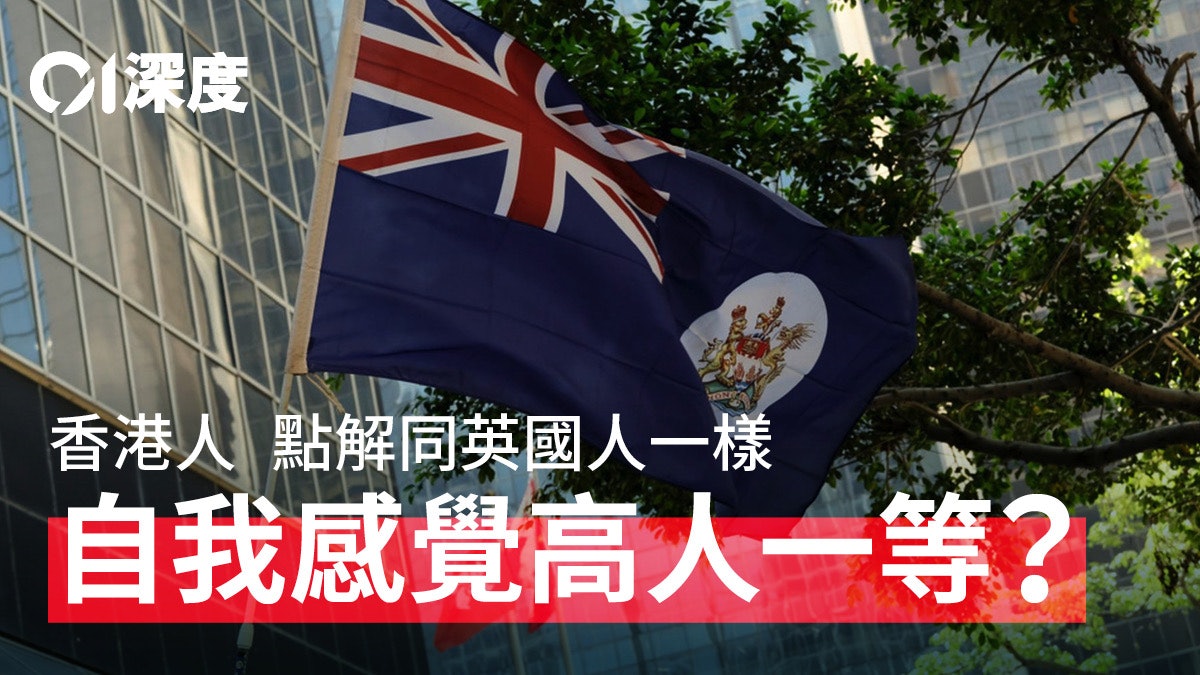 The Queen and Hong Kongers. 5｜Why Hong Kong's "spiritual" split between China and the British colony 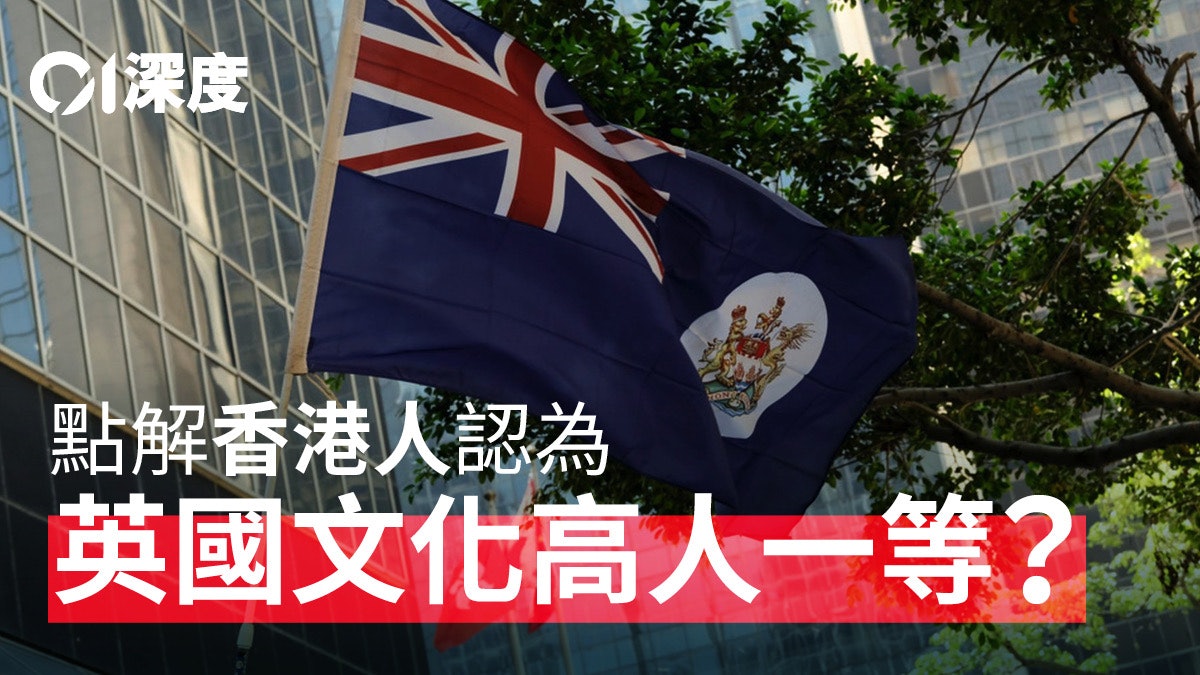 The Queen and Hong Kongers. 5｜A "spiritual" split in Hong Kong between China and the British colony 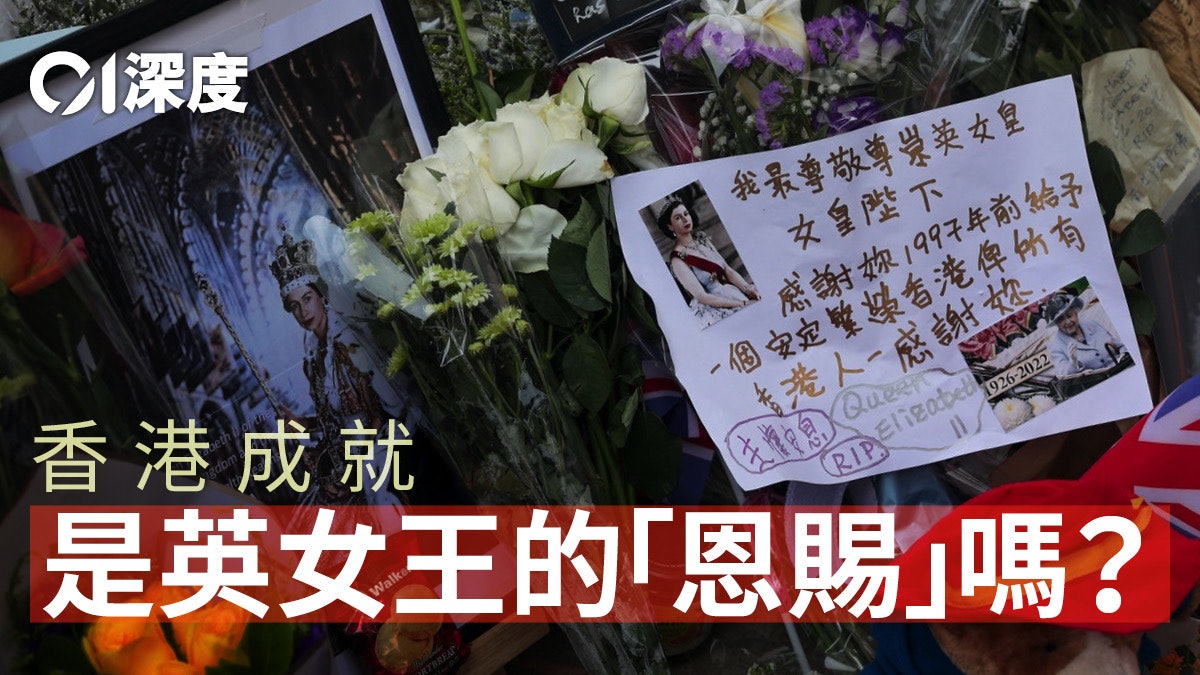 The Queen and Hong Kongers. 3｜Why do you believe in the story of "Britain created the glory of Hong Kong"?

The Queen and Hong Kongers. 3｜Why do you believe the Hong Kong story of "British Gift"? 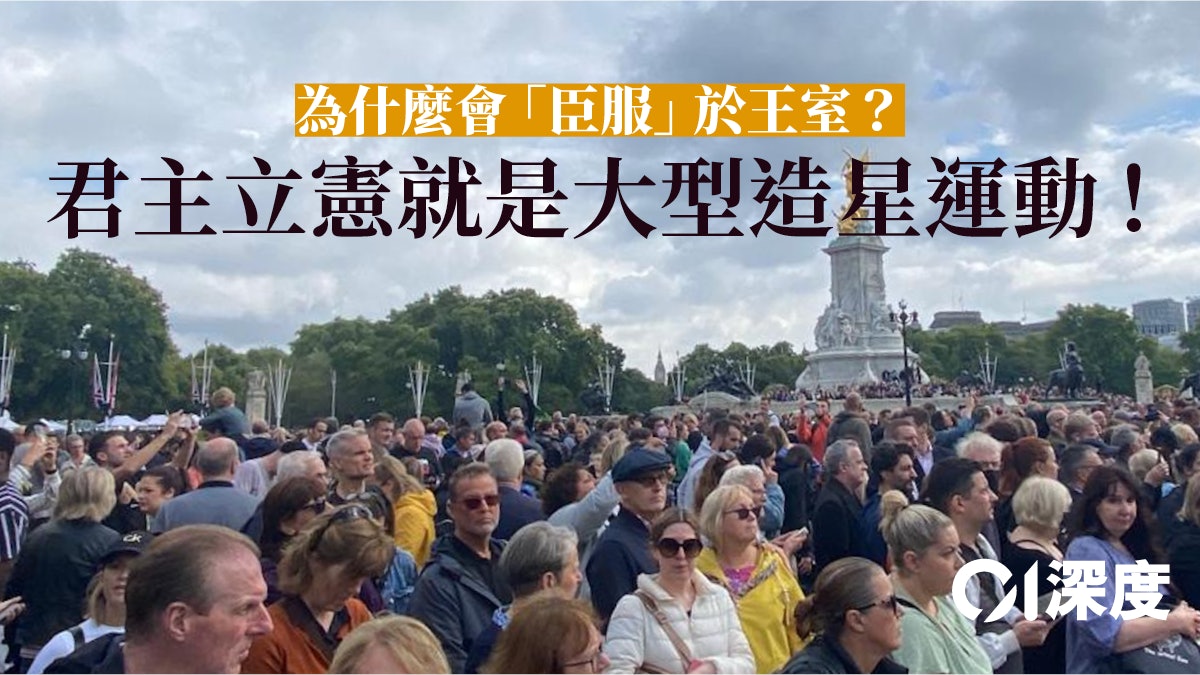 The Queen and Hong Kongers. 2｜The Mystery of "Submission" by Royal Fans - What the People Want or Self-Imagination 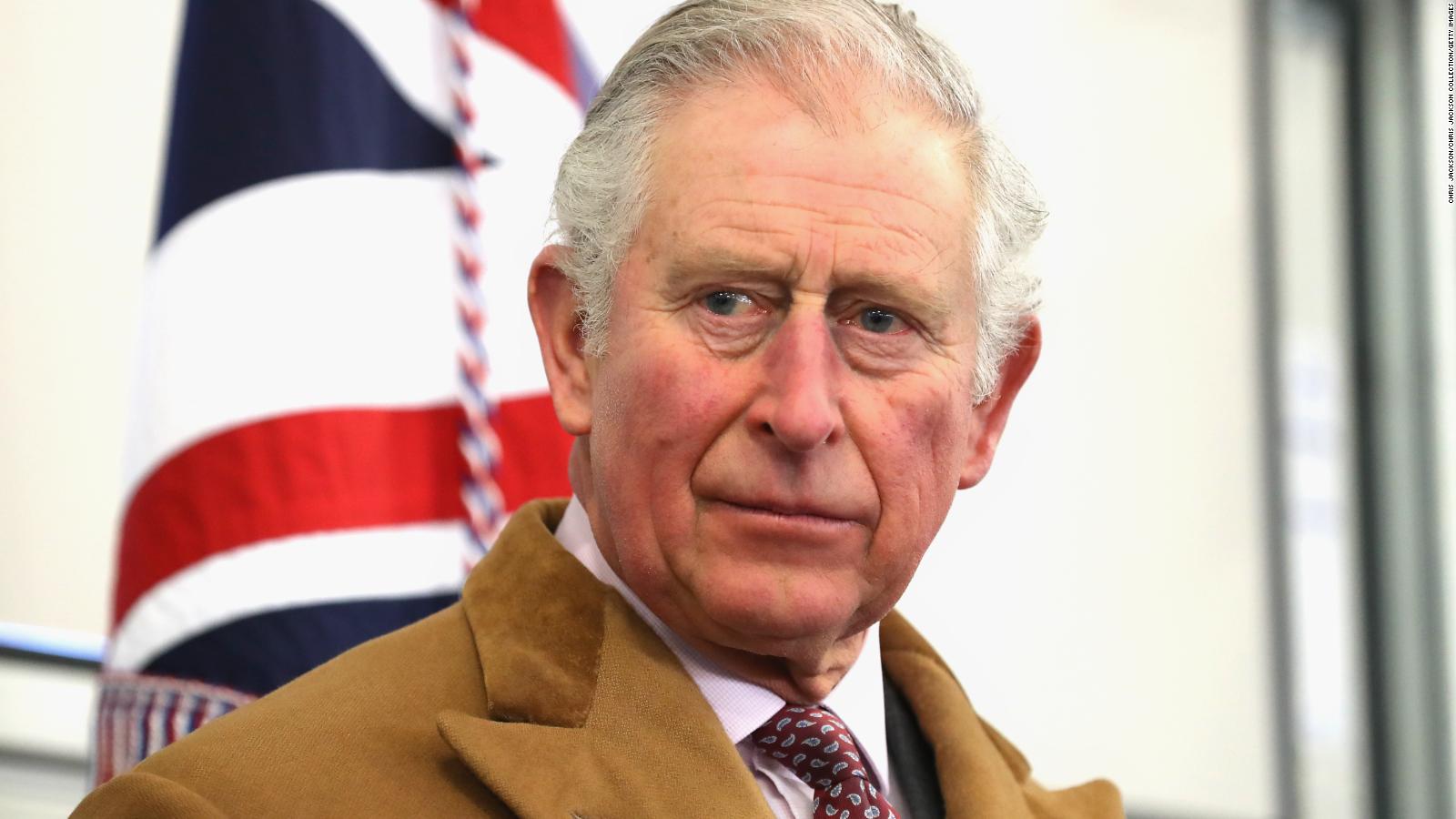 Some curious facts about the life of Carlos III, the new monarch of the United Kingdom: who has been under the shadow of his mother?