Latin America debates reforms, rights and social dialogue in the most unequal region on the planet

Prisa Media Chile and the Organization of Ibero-American States for Education, Science and Culture (OEI) hold a regional forum in Santiago de Chile In the most unequal region on the planet, Latin America, the challenges after the pandemic are different from those in other parts of the world.

The health crisis – which cost at least 1,600,000 lives here – found this part of the planet in a combination of low growth, growing social tensions and an increase in poverty and inequities.

The challenges for the future seem urgent and, precisely, they have been the heart of the conversations that this Friday, in Santiago de Chile, have been held in the forum

, organized by Prisa Media and with the Organization of Ibero-American States for Education, Science and Culture (OEI).

In a meeting opened by the Chilean Minister of Foreign Affairs, Antonia Urrejola, who assured that "progressivism promotes the change of the

", the conversation began with the intervention of Mariano Jabonero, secretary general of the OEI, Carlos Núñez, president of Prisa Media, and a recorded message from José Mujica, who presided over Uruguay between 2010 and 2015.

"If we do not influence the course of our lives, the market will see to it that we grow old paying quotas and that we live confusing happiness with having," Mujica assured, in a much applauded and convoking speech.

“Nothing will change substantially if we humans don't organize ourselves and fight for a greater good.

Let's not blame the world.

Let's take responsibility for our passivity," added the former president of the Uruguayan Broad Front, who called on leaders to commit to social causes that seek substantive change.

"We are not in a time of change, we are in a change of time," he reflected in a brief message.

In the different panels, special emphasis has been placed on all kinds of inequities: between men and women, technology, between rich and poor, educational distances, and many others.

And in the way in which the pandemic pushed environmental challenges aside in Latin America.

For Ernesto Samper, president of Colombia between 1994 and 1998, the covid-19 crisis has left an important lesson: “We cannot do without the State as a producer of great social goods.

We can't take it out of health, education or housing.

We have to vindicate the fundamental role of the State in social change”, assured Samper in the inaugural conference of the forum.

For the lawyer and economist, the invasion of Ukraine has revealed a process of deglobalization.

Gabriel Boric, President of the Republic of Chile, and Pepa Bueno, Director of El País during the forum.Cristobal Venegas

To make a diagnosis of poverty and inequality, Latin America cannot be thought of as a static picture, according to the Colombian, because it is a changing reality that includes various elements such as climate change – "our region is substantially affected" –, informality at work, which reaches 57% in this area of ​​the planet, and the challenges in taxation: “While in Europe it reaches between 45% and 50%, ours barely reaches 18% or 20% .

How can you make a social change with that?” Samper asked.

“We need to start sharing the cow.

It is not resolved just by distributing the milk”, he exemplified this Friday in Santiago de Chile, in a forum that closes with a conversation between the director of EL PAÍS, Pepa Bueno, and the president of Chile, Gabriel Boric.

The bases of a new social contract for Latin America

, which was moderated by Jan Martínez Ahrens, director for America of EL PAÍS, the Chilean academic Cristóbal Bellolio made a sharp analysis regarding the Chilean constituent path, which continues after the plebiscite of the 4th of last September, when 62% of voters rejected the constitutional convention text proposal.

, it is a "semi-failed" process and he described it as "a penalty without a goalkeeper whose ball was sent to the clouds", in reference to the opportunity lost by the ruling party and the progressive sectors.

The academic made a list of political lessons learned by Chile in these months, which can be seen in the rest of the region: A Constitution "can become a dead letter if it is not accompanied by political practices," he said.

Former Colombian minister, attorney and constituent Fernando Carrillo assured that "the Constitutions that have worked in Latin America have been the product of consensus" and that "the spirit of reform has to focus on uniting, not polarizing," while lawyer Carol Proner he referred to the international dimension of rights-based social reforms.

For the lawyer and member of the International Secretariat of the Brazilian Association of Jurists for Democracy (ABJD), who made an in-depth analysis of the political moment in her country with the presidential elections this weekend, today it is essential to "rebuild the foundations of a new social contract in Latin America, but without silencing the recent events that have affected some of these democracies”.

Carlos Gabas, former Minister of Development of Brazil and Carlos Malamud, professor at the El Cano Royal Institute during the conversation on the new development models in Latin America.Cristobal Venegas

Brazil's presidential election came up several times at the forum this Friday.

-moderated by the journalist Constanza Santa María and in which Carlos Gabas, former minister of development of Brazil, participated-, the ambassador of Mexico in Chile, Alicia Bárcena, opined: "If Lula wins, we have a very big option to go beyond nationalism and carry out a regional project.

Mexico and Brazil can be the architects of a great alliance in this dimension”, she said.

Bárcena placed special emphasis on the productive model in the region.

"We have to focus on development styles that allow us to be the suppliers of the lower part of the production chain and move to the upper part," analyzed the former executive secretary of ECLAC.

For the socialist Luis Maira, a Chilean intellectual, academic and diplomat, “Latin America is not a region with a legal entity, it is a factual region.

The leaders are having a change in their contents and protagonists, which are not the same as 10 years ago”.

For Maira -very close to the Chilean president-, "experiences like Petro in Colombia and Boric in Chile are going to have a marked difference with the leftist governments known until now."

“Today they have a more complex expression, a clearer platform.

Its novelty is its growth, not its existence, and the ability to have been grouped in a front”, assured Maira, who has called for revisiting the need for cooperation between Latin American states.

“In a pandemic we rediscover the selfishness of countries and the lack of coordination.

Carlos Malamud, professor at the El Cano Royal Institute, has wondered if there is a new social model in Latin America.

We are still anchored in the same paradigms of the past.

I doubt very much that there is a new social model in the region,” said the Argentine university professor and writer.

For Malamud, what happened in Brazil this weekend is still an unknown: "I'm not so confident that Lula can win in the first round, and I wouldn't even highlight that Bolsonaro wins in the second."

The former president of Uruguay, José “Pepe” Mujica, during his remote participation in the forum.Cristobal Venegas

The intervention of Margarita Aravena, the director of OEI Chile, opened the panel

Redefining the Welfare State in the era of digitization

, moderated by the journalist Antonio Quinteros.

With the participation of Jabonero, the Chilean Minister of Education, Marco A. Ávila, spoke in this space, explaining the path of the current Government of Gabriel Boric: “We must transform the current subsidy model.

It is impossible not to continue subsidizing schools based on attendance," said the professor, who began in March at the Ministry of Education.

Among the challenges facing the region in 2022 is access to information.

Chilean journalist Mónica González spoke at the dialogue on

The role of the media in the health of democracy

For the 2019 National Journalism Award winner, author of investigative classics such as

, “journalism is in crisis.

The financing model blew up.

There is no profession more precarious.

The business is obsolete and credibility is on the ground.

What is valuable is that, as a result of this criticism, independent journalism has found a way to report on what they want to hide,” said González.

Before the interview between the director of EL PAÍS, Pepa Bueno, and the president of Chile, Gabriel Boric, the forum ended with the conference

dictated by Sergio Díaz-Granados, president of CAF, the Development Bank of Latin America, and María Inés Salamanca, coordinator of UN Women in Chile and specialist of UN Women Alliances for the Americas and the Caribbean.

For Salamanca, one of the great assets of the Chilean constituent process – drafted by an equal number of men and women and with a strong feminist accent – ​​was having placed the issue of parity and care at the center of the Chilean political agenda.

She warned, however, that the advances achieved may be lost, and this applies both to Chile and to the rest of the region, which is not the poorest, but it is the most inequitable in the world.

The Secretary General of the OEI, Mariano Jabonero, during his participation in the forum "the social challenge of Latin America" ​​in Santiago de Chile.Cristobal Venegas (© CRISTOBAL VENEGAS) 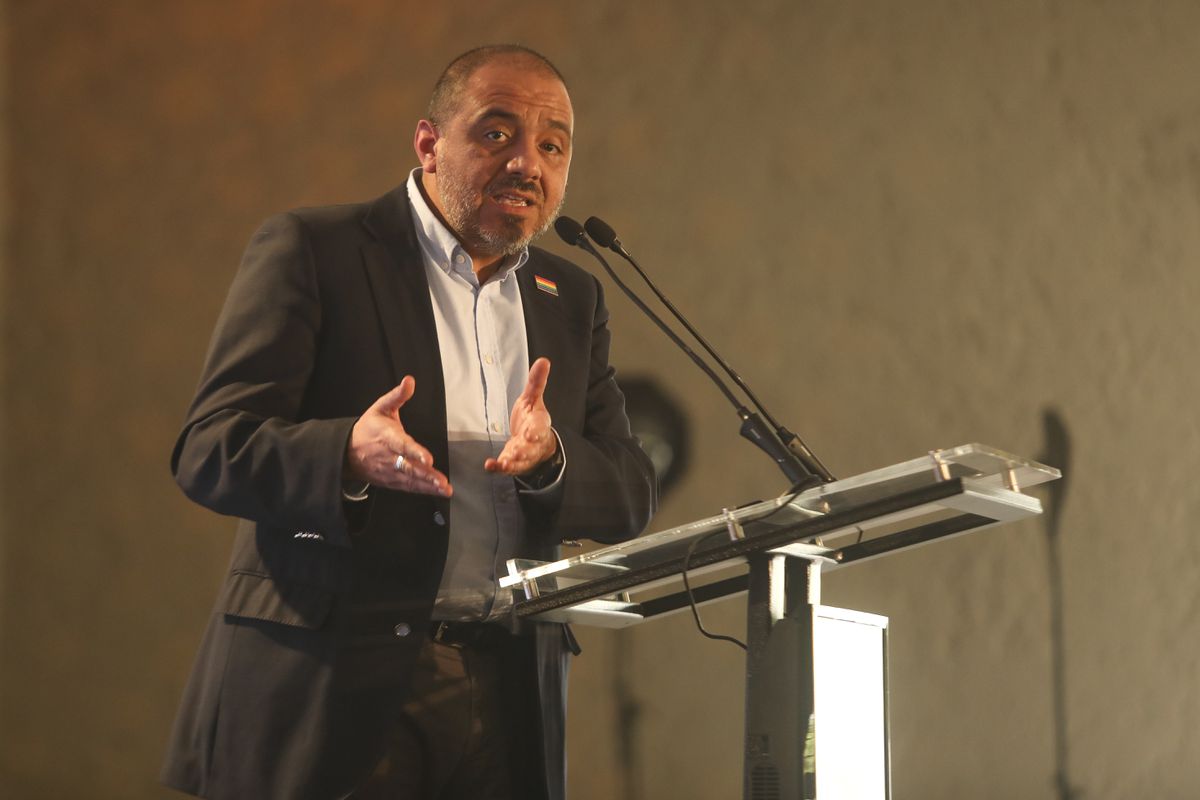 Latin America debates reforms, rights and social dialogue in the most unequal region on the planet 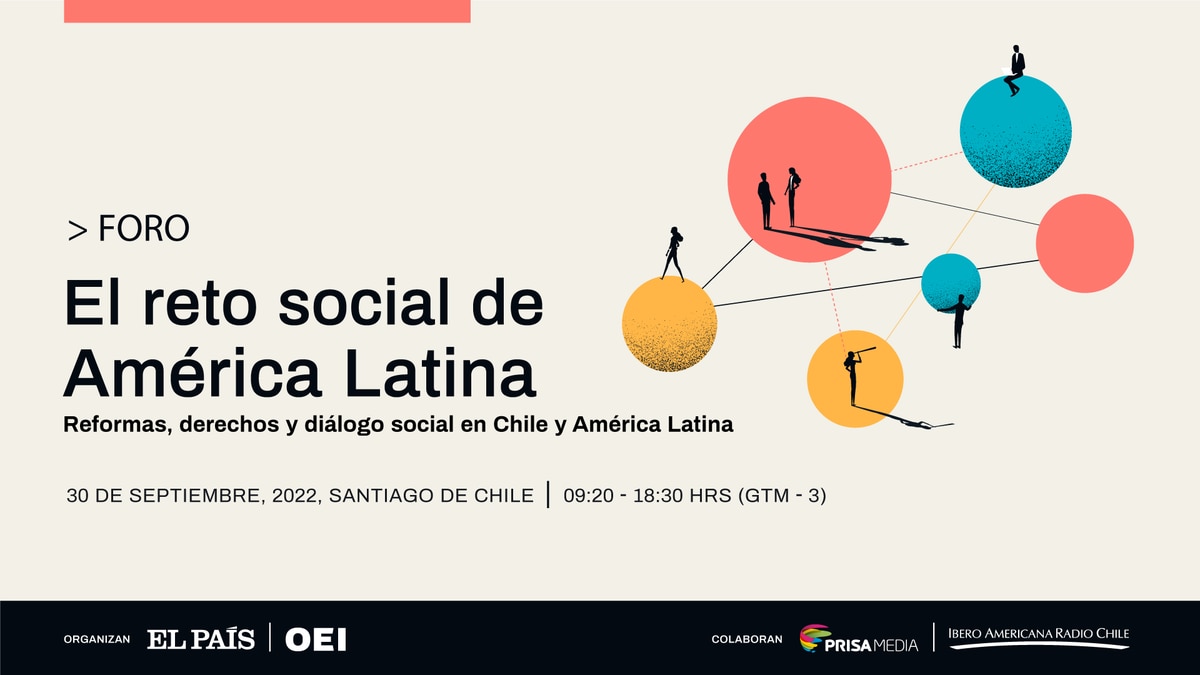 Live: Follow live the forum 'The social challenge of Latin America', which addresses in Chile the opportunities of the region 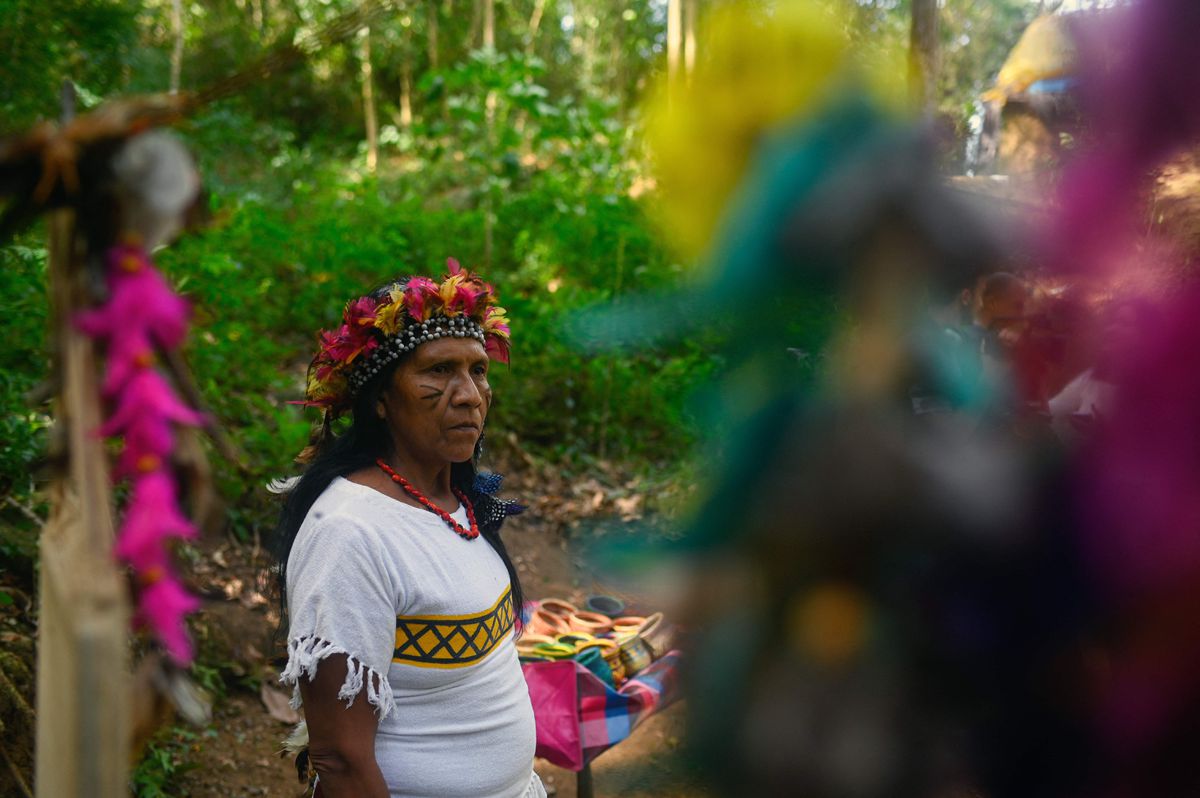 Ancestral knowledge is part of the responses to current crises 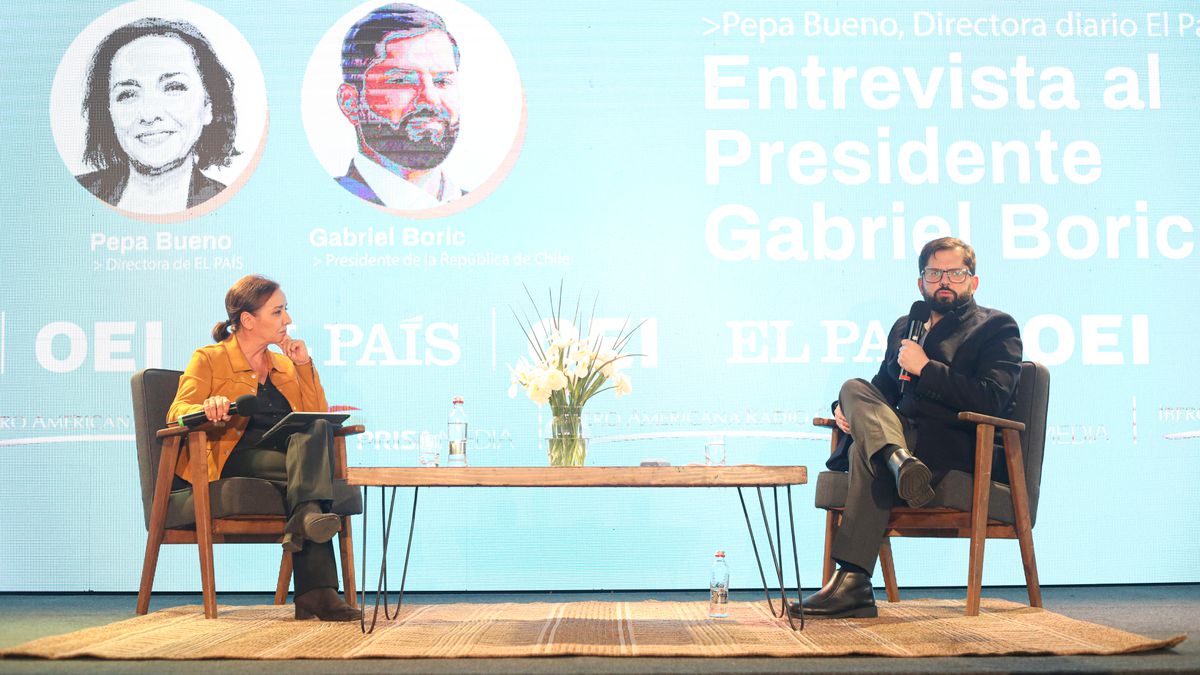 Boric: "If democracy does not solve problems, people become disenchanted" 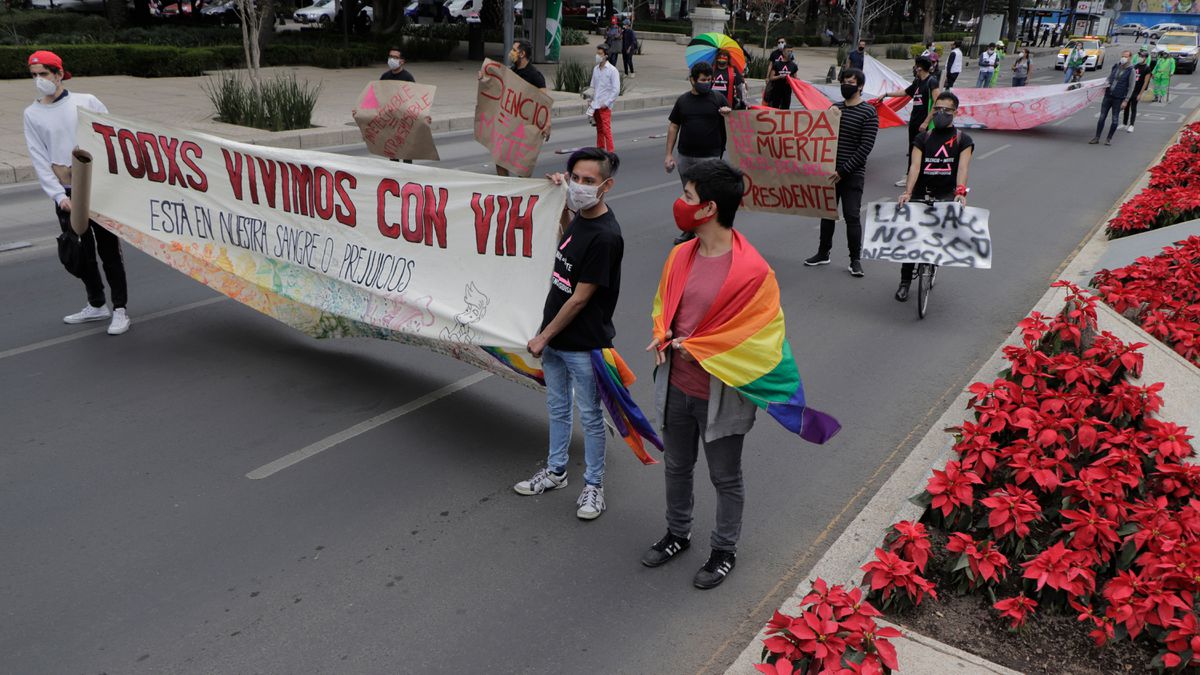 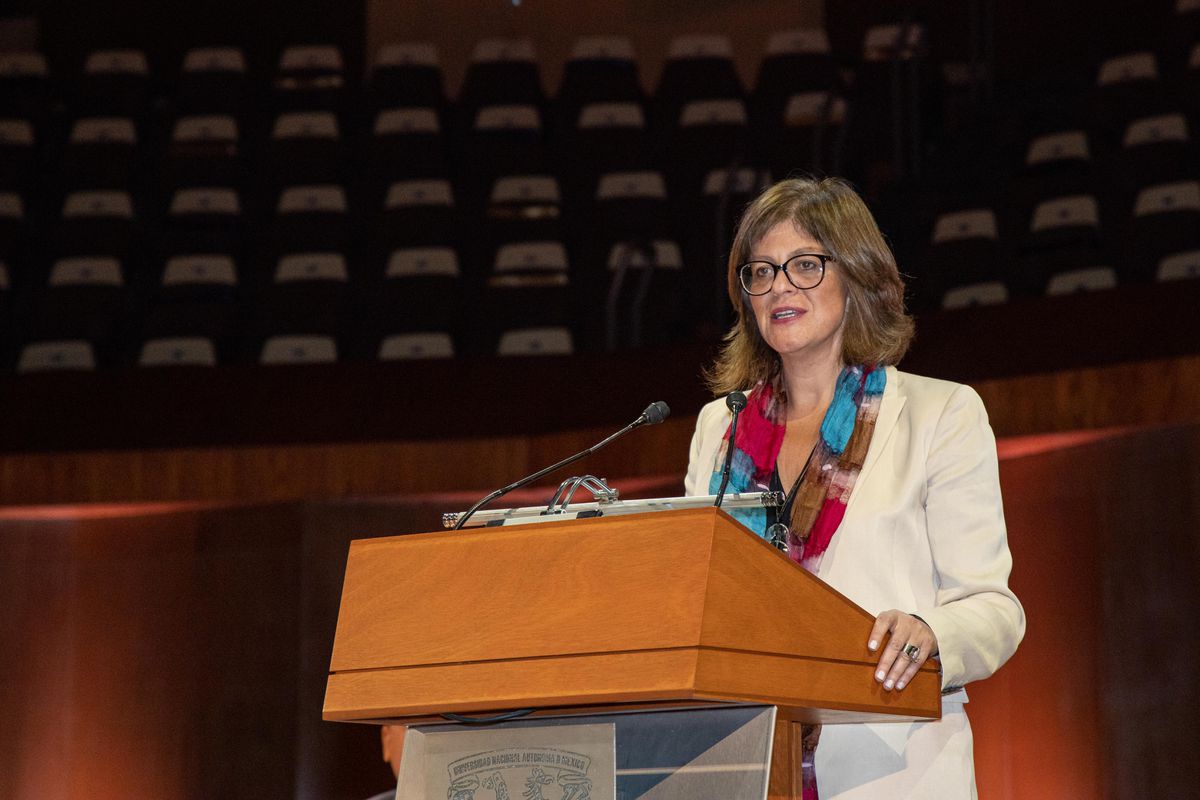 Karina Batthyany: “Half of the Latin American population is still marginalized from social protection” 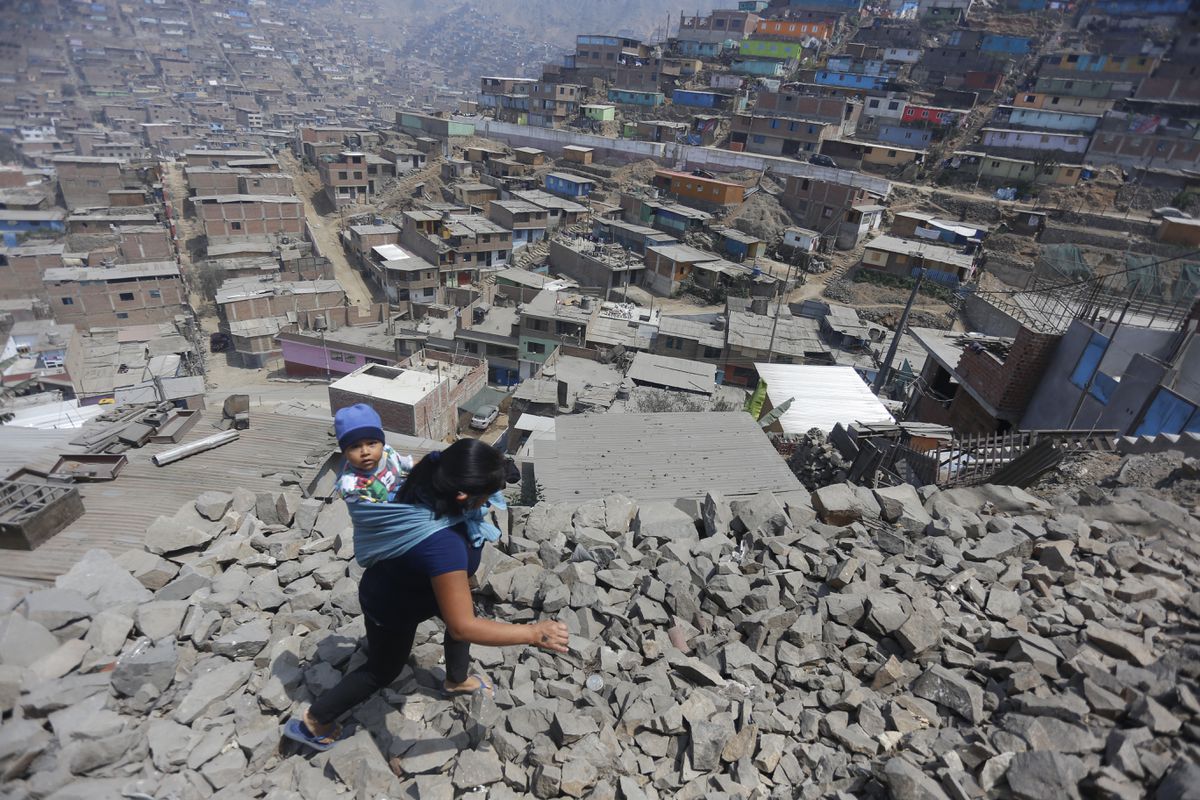