The confusing incident of the explosion of the Beixi No. 1 and No. 2 pipelines of the Russian-European energy artery has cast another shadow over the already inextricable Russian-Ukrainian war, and also set off a muddy meal between Russia, Ukraine, the United States, Europe and other countries. war. war 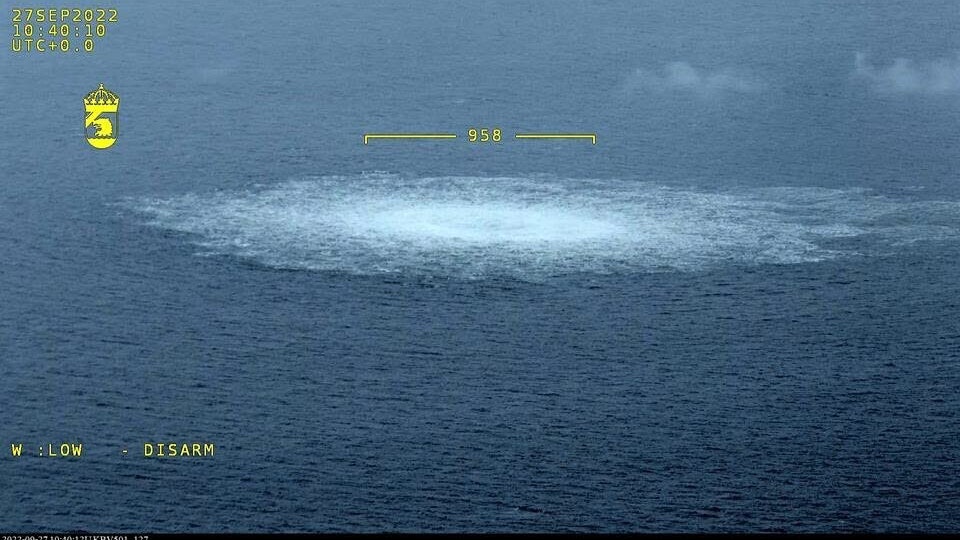 The confusing incident of the explosion of the Beixi No. 1 and No. 2 pipelines of the Russian-European energy artery has cast another shadow over the already inextricable Russian-Ukrainian war, and also set off a muddy meal between Russia, Ukraine, the United States, Europe and other countries. war.

The war has continued to this day, and Putin still has two trump cards in his hand, one is nuclear weapons and the other is energy.

Nuclear weapons must not be used casually.

Although Putin instigated the referendum to annex the territory of the four Ukrainian states, he had always threatened "if the territorial integrity is threatened, all weapon systems (including nuclear weapons) at our disposal will be used to defend Russia and our people", but everyone, including Putin is well aware that nuclear weapons are only a deterrent tool, used to scare the opponent, and its greatest power is on the launch pad.

If Moscow really dares to use nuclear weapons, Putin will immediately become a global public enemy, and the real "loneliness". China, India, Central Asia, North Korea and other countries that have remained relatively neutral in the past will immediately distance themselves from Russia, both morally and nationally. In terms of interests, probably no country will interact with Russia, and they will not dare to do so again.

Judging from the attitudes of the United Kingdom and the United States towards this war, if Putin uses nuclear weapons, even if they will not directly go to war with Russia, they will provide Ukraine with nuclear weapons and allow Ukraine to retaliate against Russia.

The picture shows Russian President Vladimir Putin (left) and Defense Minister Shoigu attending the opening ceremony of an Army Forum on the outskirts of Moscow on August 15, 2022.

Therefore, both for Russia and Putin personally, the use of nuclear weapons is the last option. Unless the war escalates to the extreme, threatening the security of Putin's regime and the integrity of Russia's homeland, this card cannot be played. Although the current situation is not good for Russia, but Not quite there yet.

In this way, there is only one trump card in Russia's hands, which is energy. Putin also used the trump card of energy to "eat four fish with one fish", and played a very beautiful combination of punches.

The first is to transfuse blood for wars and economic sanctions through energy exports; the second is to tie energy exports to local currency payments to stabilize the ruble; the third is to increase energy exports to China, India and other countries to stabilize the strategic rear; fourth, also The most important "how to eat" is to use energy to "fish" Europe and get stuck in the necks of Germany, France and other countries. First, Europe will be afraid of helping Ukraine, and second, it will create divisions between Europe and the United States and within Europe, for the future. Negotiate to end the war and lift sanctions to create conditions.

Judging from the situation in the past few months of the war, by playing the trump card of energy, almost all the effects Putin wanted to achieve have been achieved.

In particular, the fourth "eating method" may not even be expected to be eaten so badly in Europe.

The energy shortage caused by the war has caused prices to skyrocket in Europe, natural gas prices have risen fivefold, electricity prices have risen tenfold, rigid living expenses of residents have skyrocketed, and industrial production costs have soared, which has had a serious impact on the economy and people's livelihood, causing headaches for European governments.

Especially with the arrival of winter, coupled with the imported inflationary pressure brought about by the appreciation of the US dollar, the situation has worsened for all countries. No one knows what will happen if it continues.

So we can see that Europe's mentality towards war is very complicated now. On the one hand, they continue to provide military support for Ukraine; of military support, eager to obtain more energy supplies from Russia.

In particular, Germany, as the main importer of Russian energy and a major manufacturing country in Europe, from the private sector to the enterprise to the government, the impact of energy shortages is more comprehensive.

German Chancellor Scholz also seems to continue to leave room for peace with Putin, for example, he has so far not exported the Leopard 2 tank that the latter has always wanted to Ukraine.

Ukraine, Poland, the United Kingdom, and the United States are all watching the moves of old Europe (especially Germany) at both ends.

Ukraine certainly does not want to see this situation, because Ukraine can survive to this day, mainly relying on military assistance from Europe and the United States, of which Germany is one of the most important donors in Europe. Military aid, other countries follow suit, Ukraine can't fight every minute, let alone take back the territory of the four states annexed by Russia in the referendum.

Poland also does not want to see this situation.

Poland is one of the most committed and determined countries to support Ukraine.

There is an unreconcilable historical hatred between Poland and Russia, and if Russia annexes Ukraine, the soldiers will reach the Polish border and become a neighboring country with Poland, and the next Poland may become another annexed object.

The three locations of the North Stream pipeline explosion and leak.

The United Kingdom also does not want to see this situation.

As a pole of Europe, Britain, for hundreds of years, the last thing I want to see is the rise of Germany and France, and I don’t want to see Russia expand, but I am happy to see the European continent in chaos, so its attitude towards the Ukraine war , from Johnson to Zhuohuisi are very positive.

The United States is even more reluctant to see this trend.

It is reported that a few days ago at the United Nations General Assembly, the US representative asked Europe to say that the Biden administration was disappointed by the EU's slowdown in financial aid to Ukraine.

The United States proposes that European partners establish a "normal mechanism" of financial support and significantly accelerate it, and that instead of loans, grants (that is, without repayment) are increased and provided.

Whether you like to admit it or not, the United States is the biggest beneficiary of this war. In addition to satisfying the interests of the U.S. arms and energy business, the war has weakened Russia, a military competitor, and accelerated the process of decoupling the East and the West that the United States hopes to promote. It has also seriously weakened Europe's already extremely limited strategic autonomy, deepened Europe's economic and security dependence on the United States, and consolidated the United States' hegemony.

So, who is most likely to blow up these two pipelines, destroy Russia's energy trump card, and at the same time cut off Germany's (EU) idea?

The suspects may be in these four countries.

In the end, no matter who is the mastermind of this incident, Russia and Germany are the biggest victims. Germany has been cut off from Russia's energy supply and must increase the import of liquefied natural gas from the United States. The energy crisis is bound to continue to intensify, and Russia is equivalent to being abandoned. The only trump card that can be used to contain Europe was lost, and the economic lifeline was cut off.

The Russian-Ukrainian War | Who is the mastermind behind the Beixi explosion?

Blurred Russian-Ukrainian War of War Escalation Lines | Is the "going through the motions" of the Russian entry referendum to clarify Putin's ambition? 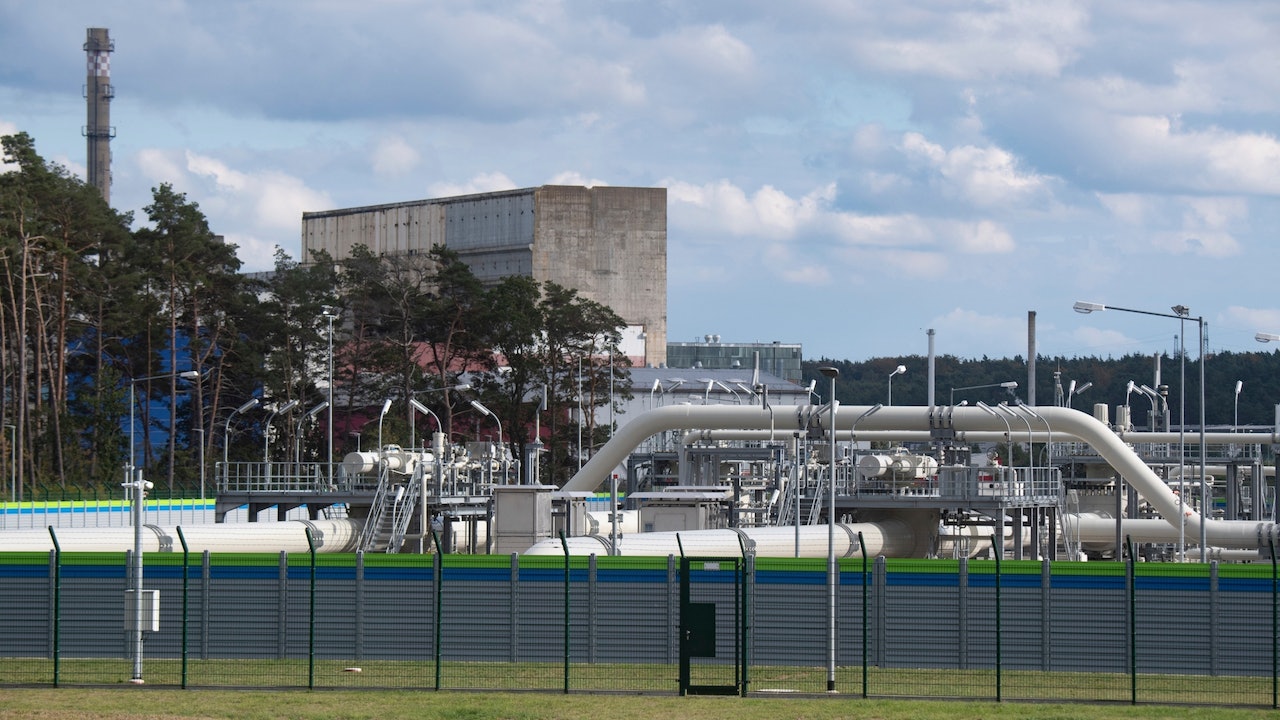 It is also possible that the North Stream explosion will be controlled by the British and the United States? 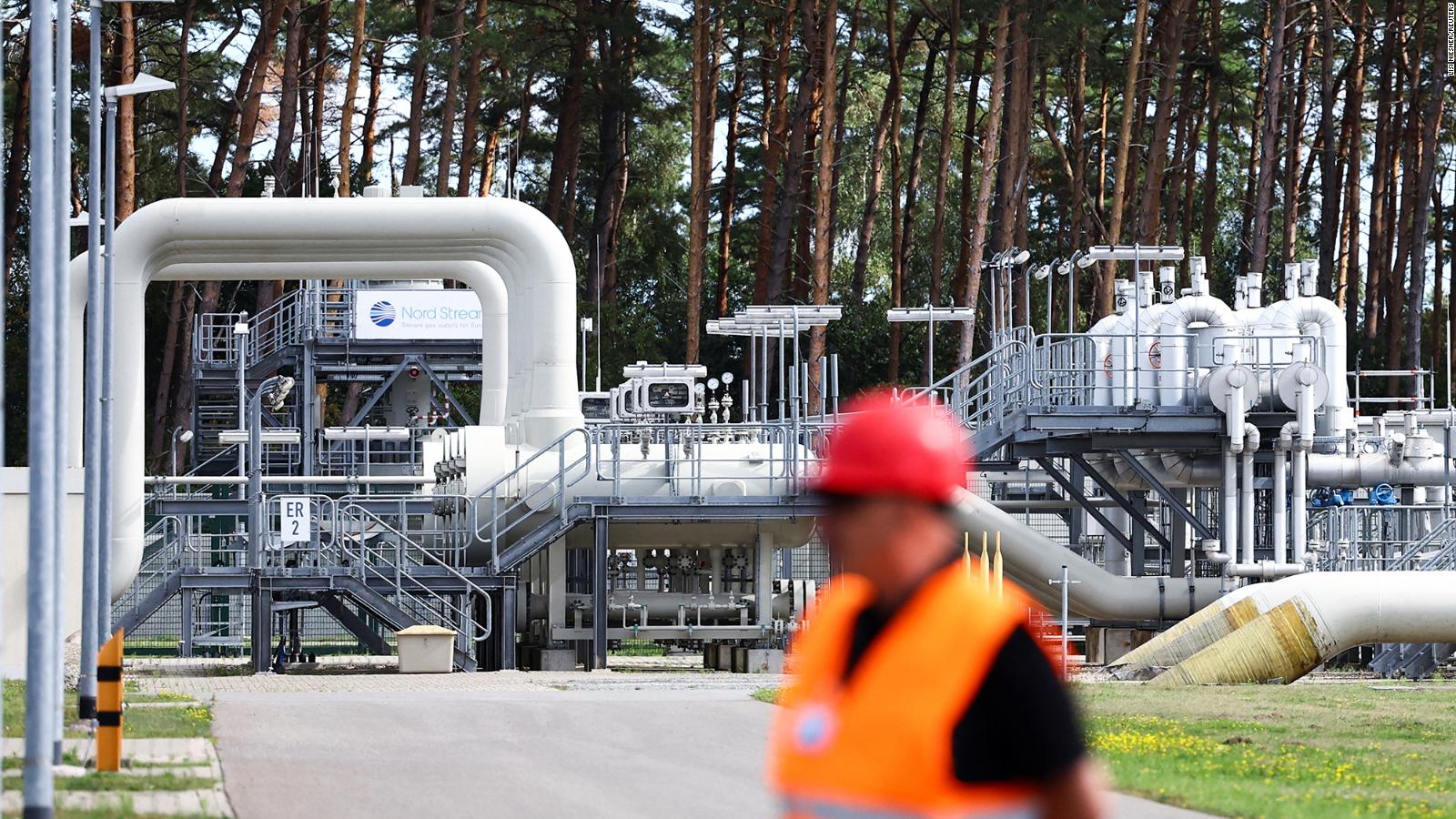 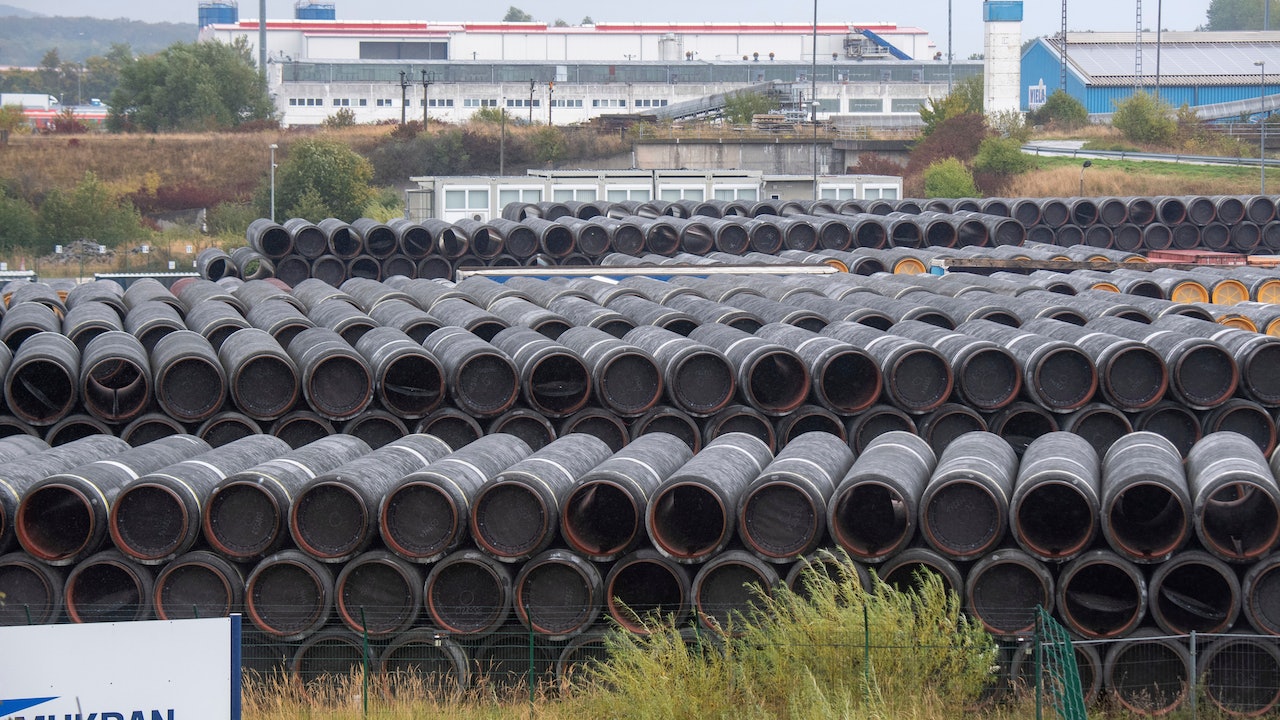 The Russian-Ukrainian War | Who is the mastermind behind the Beixi explosion? Blurring of war escalation lines 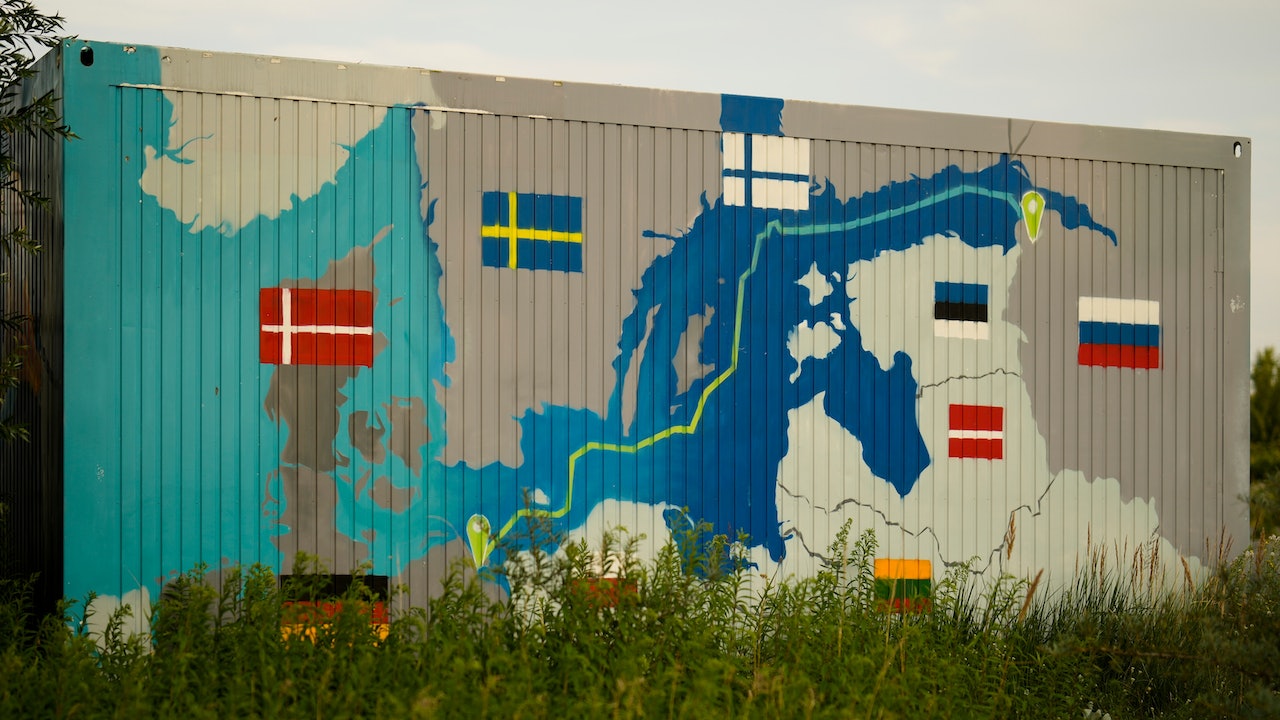 The supply of Nord Stream 1 has been reduced to 20%, and the EU is in a balance between slow and urgent

Gas worries in Germany: Russia will close the main connection Nord Stream 1 starting tomorrow (for the time being).

The Governor of As-Suwayda and the Ambassador of Venezuela discuss ways of joint cooperation in investment projects
2022-11-27T14:56:42.226Z