Russia: After Putin's nuclear threat – secret services step up surveillance Created: 09/30/2022, 05:01 By: Tim Vincent Dicke "This is not a bluff": This is how Putin threatened to use nuclear weapons. The US intelligence services are watching developments in Russia and Ukraine with concern. Moscow - It is a scenario that experts consider unlikely, but the West is preparing for it: a Russian us 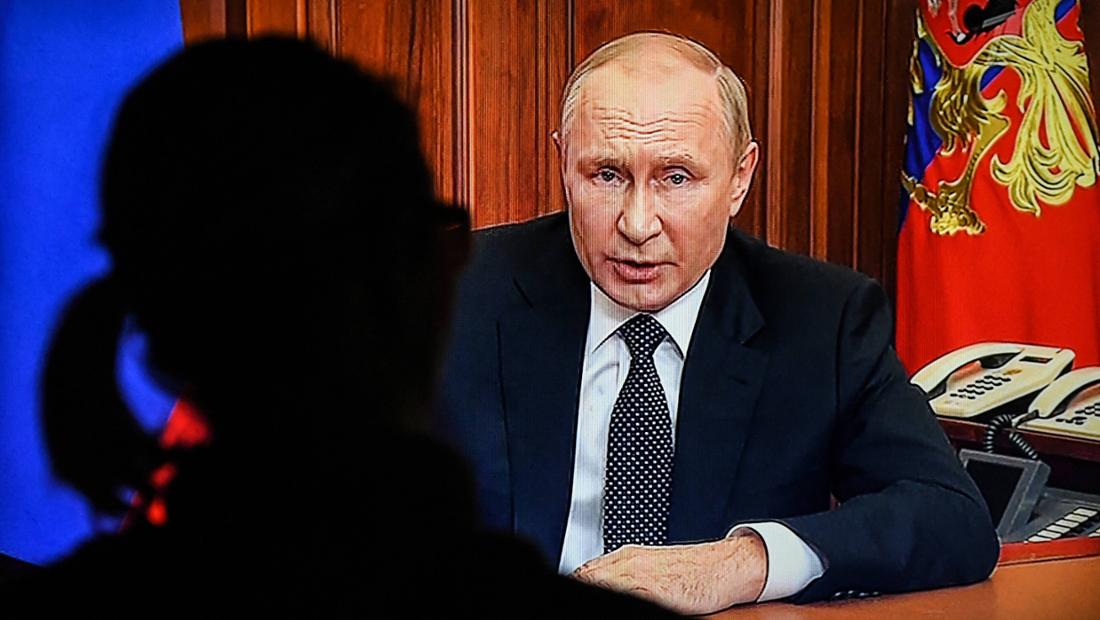 "This is not a bluff": This is how Putin threatened to use nuclear weapons.

The US intelligence services are watching developments in Russia and Ukraine with concern.

Moscow - It is a scenario that experts consider unlikely, but the West is preparing for it: a Russian use of nuclear weapons in the Ukraine conflict.

In the wake of nuclear threats from Kremlin chief Vladimir Putin, the United States has now stepped up its intelligence surveillance.

reports, citing US government circles, the US secret services and Western partners are increasingly focusing on Russian military maneuvers or reports that could indicate that Putin is ordering the use of nuclear weapons.

Monitoring is difficult because most Russian planes and launchers can fire smaller nuclear weapons.

"We are monitoring this very closely," a government official told the media.

In the TV speech, he also explicitly threatened to use weapons of mass destruction.

“Of course, if the territorial integrity of our country is threatened, we will use all means at our disposal to defend Russia and our people.

Then he added: "The citizens of Russia can be sure that the territorial integrity of our homeland, our independence and our freedom - I emphasize again - will be guaranteed with all the means at our disposal."

"This is not a bluff," said Russian President Vladimir Putin, underscoring his nuclear threat.

What is troubling in this context is that the Kremlin has allowed mock referendums to be held on an annexation by Russia in the Ukrainian regions of Donetsk, Luhansk, Cherson and Zaporizhia.

According to Russia, the “votes” are unequivocal: for joining the Russian Federation.

It is expected that Putin will annex the regions within a very short time.

Then the head of state would regard them as Russian territory - and would have the justification for a nuclear strike.

Experts consider the use of atomic bombs to be improbable

The Western secret services are therefore monitoring Russia and Ukraine more from the air, from space and on the Internet, said the US official

Commercially used satellites play an important role in analyzing Russian units on the ground that might be able to receive a nuclear order.

Another focus is the Russian enclave of Kaliningrad between Poland and Lithuania, where, among other things, hypersonic missiles are installed.

Experts continue to see the risk of a nuclear escalation as very low.

If deployed, Russia would most likely become an internationally completely isolated pariah state that no longer has any allies.

Outside the West, too, the use of nuclear weapons would cause great horror - even for Putin's most important partner China, a red line would probably have been crossed.

Putin confidante spreads fear and terror in the Ukraine war

"Let's imagine that Russia is forced to use the most fearsome weapon against the Ukrainian regime, which has committed a large-scale act of aggression dangerous to the existence of our state," the hardliner wrote on Telegram.

Russia has the right for such an attack in a threat situation and the West will not react out of fear.

"I believe that even in this scenario, NATO would not get directly involved in the conflict," Medvedev added.

"The demagogues across the ocean and in Europe will not die in a nuclear apocalypse".

Should Russia, contrary to all expectations, escalate to nuclear power, the US intelligence services are confident that the Kremlin would not risk a full-scale nuclear war with the NATO countries.

"They will never use a strategic nuclear weapon," the US official told

"They will never launch an ICBM or load a bomber with megaton-class warheads," the insider explained.

Rather, Russia could use "micro-nuclear bombs" with ten to one hundred tons of explosive force as a last resort in the Ukraine war, according to the government official.

"It's still a big bomb," he said, but stressed that "you can focus on small tactical targets.

You don't have that much radiation."