William, the new Prince of Wales, assumes a crucial role for the monarchy

William and Catherine visited Wales this week on an important kick-off trip that sets the tone for their new roles as Prince and Princess of Wales. 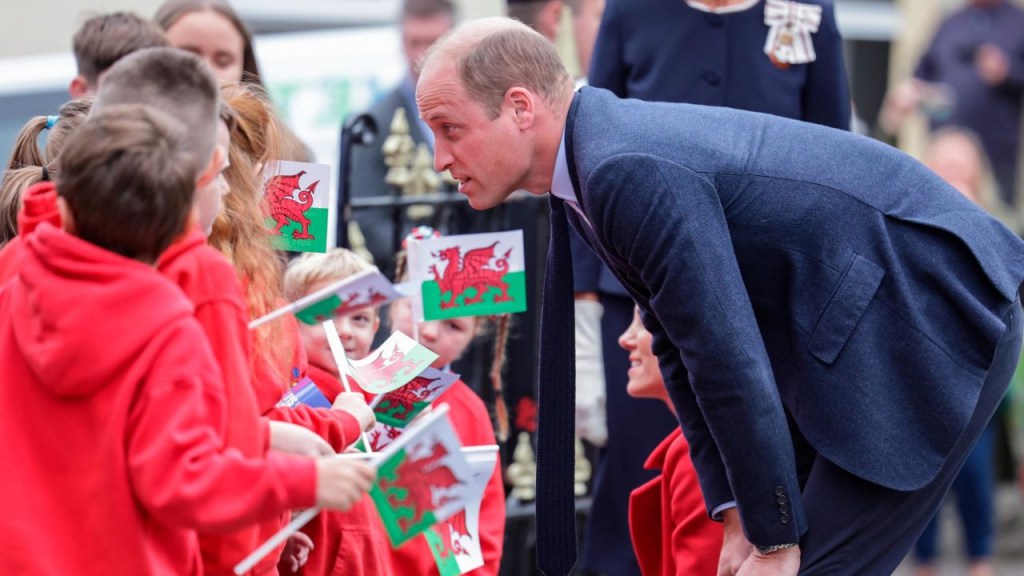 William or Carlos, who do the British prefer?

This week, the monarchy has gradually returned to a sense of normality, as the long period of mourning for the death of Queen Elizabeth II comes to an end.

And, in turn, a new era began for the new Princes of Wales.

William and Catherine visited Wales this week for the first time since the queen's death, an important initial trip that they are likely to hope will set the tone for their new roles.

The couple was well received.

Huge crowds turned out to applaud her arrival in Anglesey and Swansea, where royals greeted well-wishers and visited local charities.

"Today's visit is historic. We had to be here," Rebecca Crompton, whose son presented Kate with a bouquet of flowers, told PA Media.

"Actually, we were on our way to school when I changed my mind and decided to bring him here for a once-in-a-lifetime opportunity."

William, Prince of Wales, arrives at St Thomas' Church, which has been redeveloped to support vulnerable people, in Swansea, Wales, on Tuesday.

But as they take office, William and Kate will chart their own path as Welshmen, prince and princess of a nation that is generally supportive of monarchy and union, but also retains a strong separate identity from the rest of Britain.

His success on paper will be vitally important to the monarchy, which wants to keep its support strong in all parts of the UK, even as the question of independence flickers in Scotland and, increasingly, in Wales as well.

As far as CNN is aware, despite then-Prince Charles receiving a grand investiture ceremony from the Queen when he became Prince of Wales in 1969, there are no plans for an investiture for William.

Catalina was presented with flowers by four-year-old Theo Crompton during her visit to the RNLI (Royal National Lifeboat Institution) lifeboat station.

Charles's own investiture at Caernarfon Castle was the subject of protest by Welsh nationalists, who opposed a new Prince of Wales.

The title has traditionally been bestowed on the heir to the throne since the 1300s, shortly after the English crown annexed Wales, which borders western England.

The two nations have generally maintained a close legal and political relationship, but nationalist opposition to English rule has always been present.

Rather than an investiture, William and Kate will focus on deepening the trust and respect of the people of Wales over time, and plan to return to the nation before Christmas.

The Rev Steven Bunting, who welcomed the couple to Swansea's St Thomas' Church on Tuesday, told PA Media: "The Prince of Wales even talked about learning Welsh, saying he had learned the word 'paned' which means cup. tea and 'bara brith'", a traditional tea cake.

William follows in the footsteps of his father, who studied Welsh at Aberystwyth University.

The traditional language has experienced a renaissance in recent years, driven above all by young speakers, another symbol of the nation's distinctive culture.

Support for independence is also growing among Welsh's three million people, studies have shown, and senior politicians in the region have long pushed for increased devolution of political and decision-making powers. .

And while nationalism doesn't always go hand in hand with republicanism, there are signs that William and Kate will have to face it too.

Some anti-monarchist protesters made their voices heard during Charles's first visit to Cardiff as king earlier this month, with one of them taking a direct jab at him over public taxes that finance the monarchy.

Meanwhile, an online petition to remove the title of Prince of Wales "out of respect for Wales" has gathered more than 35,000 signatures in three weeks.

Prince Charles during his inauguration as Prince of Wales in 1969. Credit: Fox Photos/Hulton Archive/Getty Images

Holding the nations of the UK together is a growing priority for Britain's main political parties, with the royals playing a key role.

The late queen's deep ties to Scotland were often raised as a symbol of the closeness between the English and Scots when the issue of the independence vote erupted there.

Both the monarchy and Downing Street hope that William and Kate can maintain a similar relationship in Wales.

In many ways, it is a position for which the couple is well prepared.

William and Kate lived on the picturesque Welsh island of Anglesey before the birth of their first child, George, allowing them to enjoy a relatively normal life, away from the gaze of the paparazzi.

The prince rented a country house there and was able to drive to work and socialize with his Royal Air Force friends, while Kate was seen shopping at the local supermarket, CNN reported in 2011. Her presence rarely bothered or impressed the locals. , who were quite indifferent to their real neighbors.

But in his new role, and with William now heir to the throne, things will be very different, and any visit to Wales will take on greater importance. 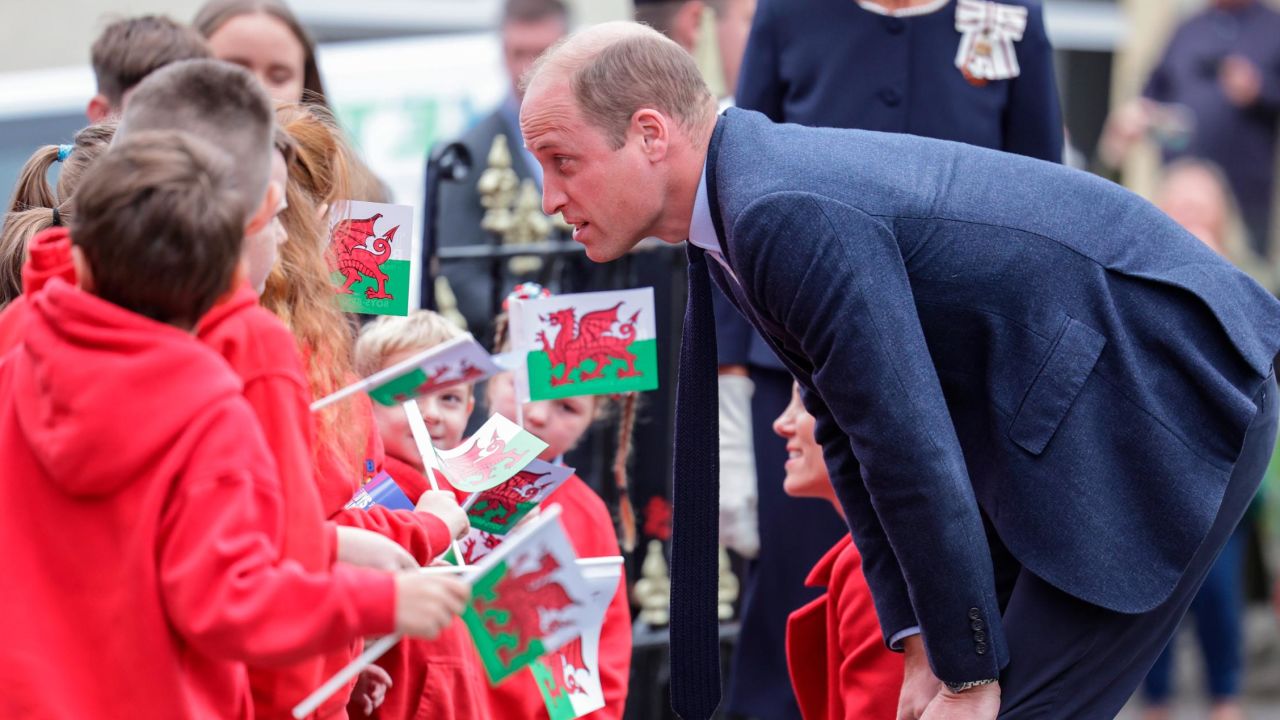 William, the new Prince of Wales, assumes a crucial role for the monarchy 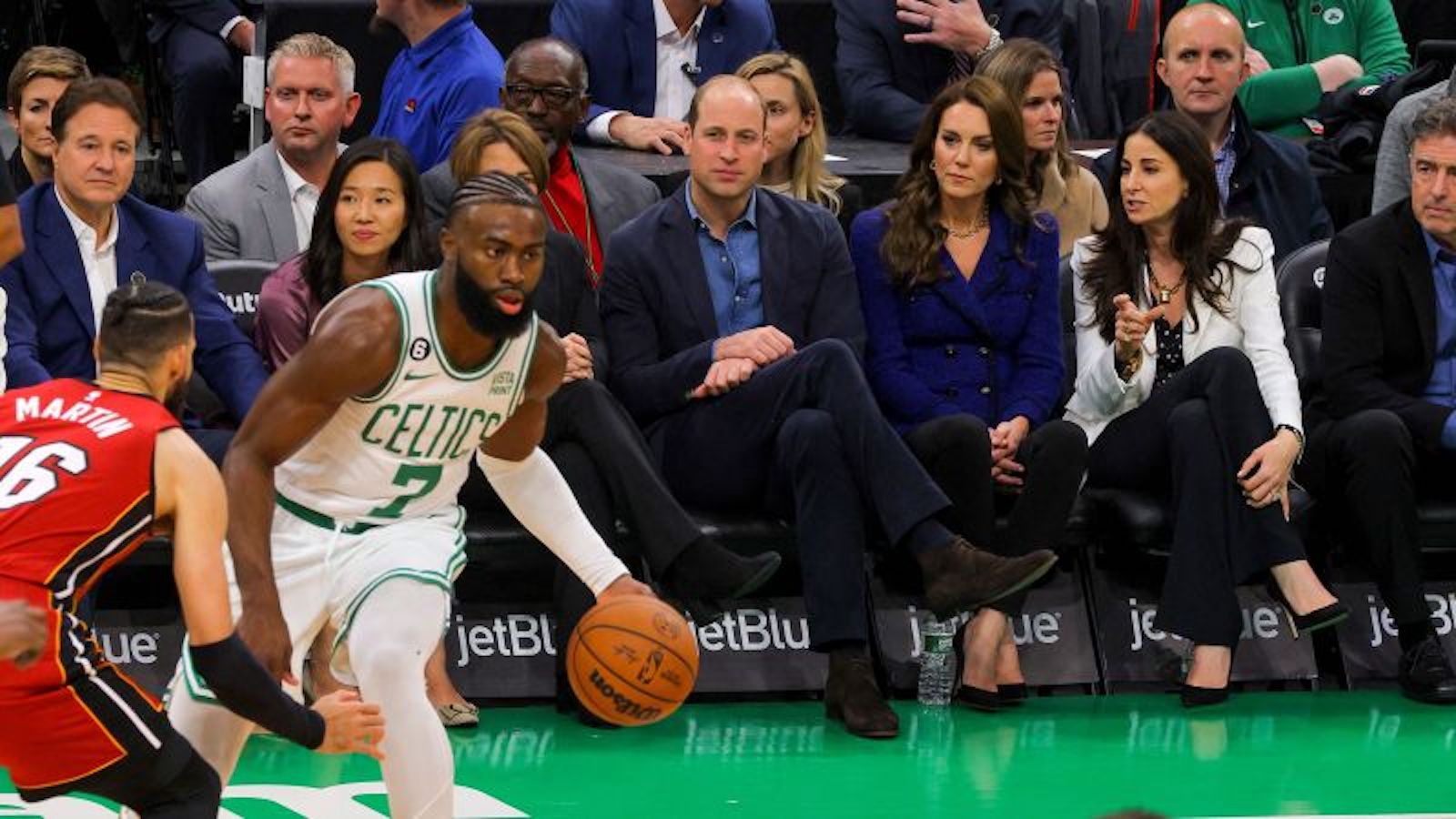