Hong Kong's only recycling factory for paper-packed beverage boxes, "Mil Mill", located in Yuen Long Industrial Estate, is facing forced eviction and may have to stop next month due to its failure to renew the lease from the Science and Technology Park Company in charge of management. delivery paper drink box 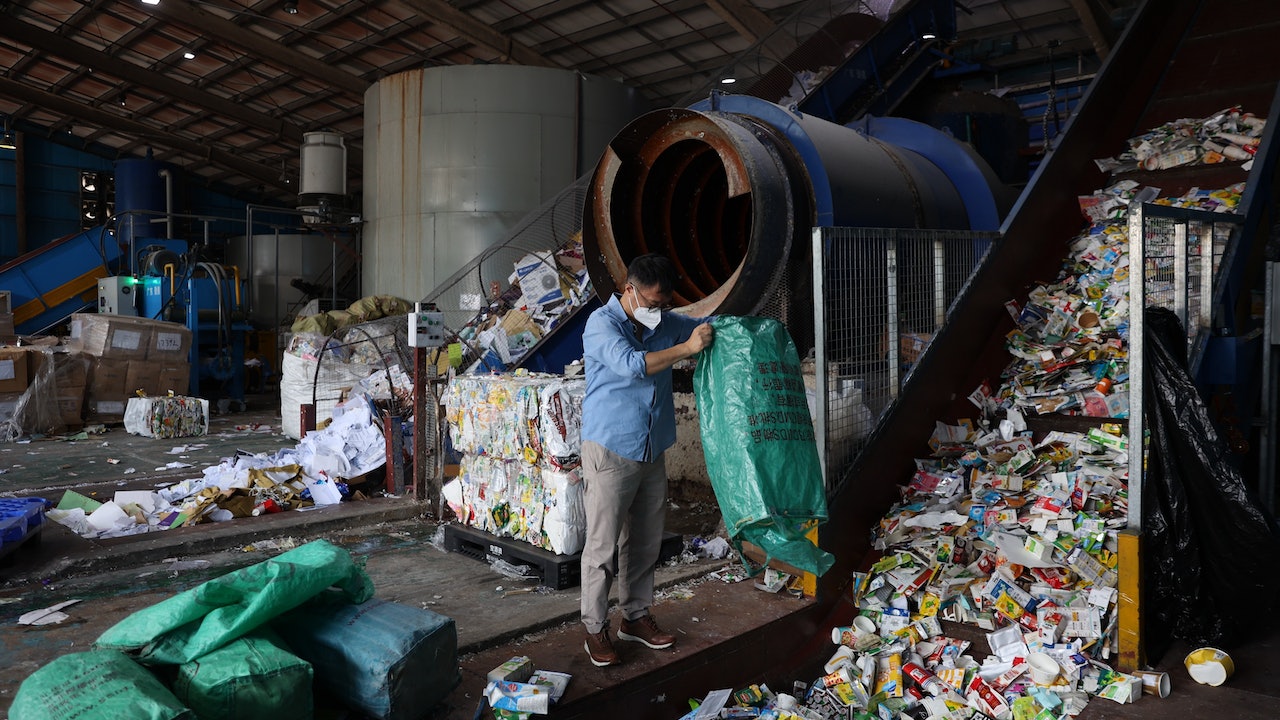 Hong Kong's only recycling factory for paper-packed beverage boxes, "Mil Mill", located in Yuen Long Industrial Estate, is facing forced eviction and may have to stop next month due to its failure to renew the lease from the Science and Technology Park Company in charge of management. Receipt pack drink box.

The Environmental Protection Agency said last night (29th) that it will continue to recycle beverage boxes and integrate them into pulp.

The Secretary for the Environment and Ecology, Mr. Tse Chin-wan, said in a radio program today (30th) that he had discussed with the Science and Technology Park in person, but he understood that the other party had difficulties and could only offer a "final plan" for a six-month lease extension. Mill is looking for a land, but if the other party decides to stop the operation, "Green in the District" will continue to recycle the paper-packed drink boxes, and will find a government contractor to maintain the recycling of the paper-packed drink boxes.

Ye Wenqi, the founder of Mil Mill, pointed out that his mill was the only pulp mill in Hong Kong, and it took nine months to build the mill.

He also pointed out that Mil Mill will persist until the last moment, even if it is temporarily unable to beat the pulp, it will first store the recycled drink boxes until another factory is completed for processing.

Xie Zhanhuan said on the RTHK program "Millennium" in the morning that he had personally negotiated with Huang Keqiang, CEO of the Science and Technology Park, and hoped to give Mil Mill the greatest support. 6 months extension.

He continued that the authorities had offered Mil Mill other land options at the same time, but the other party felt that none of the three plots of land were suitable, but he promised to continue to assist the other party in finding land, and had transferred the site selection request of Mil Mill to the Development Bureau, hoping that the bureau would Can provide suitable land for Mil Mill to tender.

Tse Chin-wan, Secretary for the Environment and Ecology.

We all hope that Miaofang can continue to serve in Hong Kong, because I have seen that they are a very caring company, but from the perspective of recycling, we all have to think, if Miaofang decides that they can not continue to serve, We will have a paper factory first in 2025, so we are all concerned about it. Our Environmental Protection Department will find a form of government contractor and a factory. If there is really no one doing it in the middle, we can maintain the paper in Hong Kong. Including beverage box recycling and remanufacturing in Hong Kong.

Secretary for the Environment and Ecology Tse Chin-wan

Ye Wenqi, founder of Mil Mill, said that at the first meeting of the Science and Technology Park, it had made it clear that it would be feasible to extend the lease for half a year, but now it is regarded as a new plan. But he said frankly that he would like to study the new plan seriously, and also pointed out that "if we can't beat the pulp, we will store it in a place until another factory of our factory comes out. It will be dealt with again.”

Regarding the EPD's desire to find other paper recycling factories to recycle paper-packed beverage boxes, Ye Wenqi pointed out, "I only know that we have been in business for 9 months, and in Hong Kong, we know that there is only one pulp mill in our country, and others can He has the ability in a short period of time, within a few months...I just admire it."

He emphasized that his original intention remained unchanged, and he hoped to continue to recycle paper-packed beverage boxes in Hong Kong, including the study of moving to brownfield, and emphasized that he would not give up easily.

▼On September 27, the Science and Technology Park Company responded to the relocation of Mil Mill▼

Liu Yiucheng, president of the Hong Kong Environmental Waste Recycling Industry Association, said that he has been cooperating with the government to recycle paper, but has not received any notice from the government to recycle paper-packed drink boxes. However, he believes that all paper recyclers lack land, let alone additional equipment for beating and water. Cylinders and dispose of the decomposed garbage, think that the plan is not feasible, even if it is done, it will take at least half a year to prepare.

He pointed out that no one in the business sector would join the ranks of recycling paper-packed drink boxes. After all, it is one or two thousand mosquitoes per ton, and you can count the number to know that there is no room for profit.” 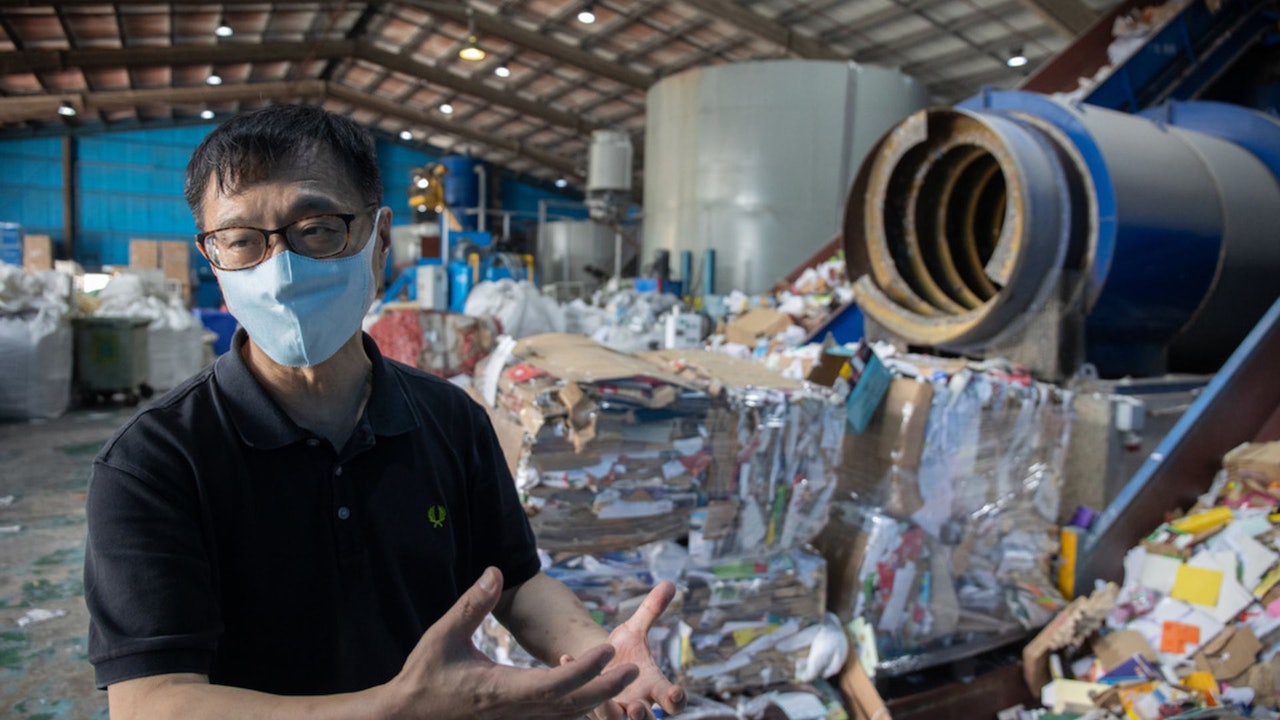 The only recycler of paper-packed beverage boxes in Hong Kong was forced to move. 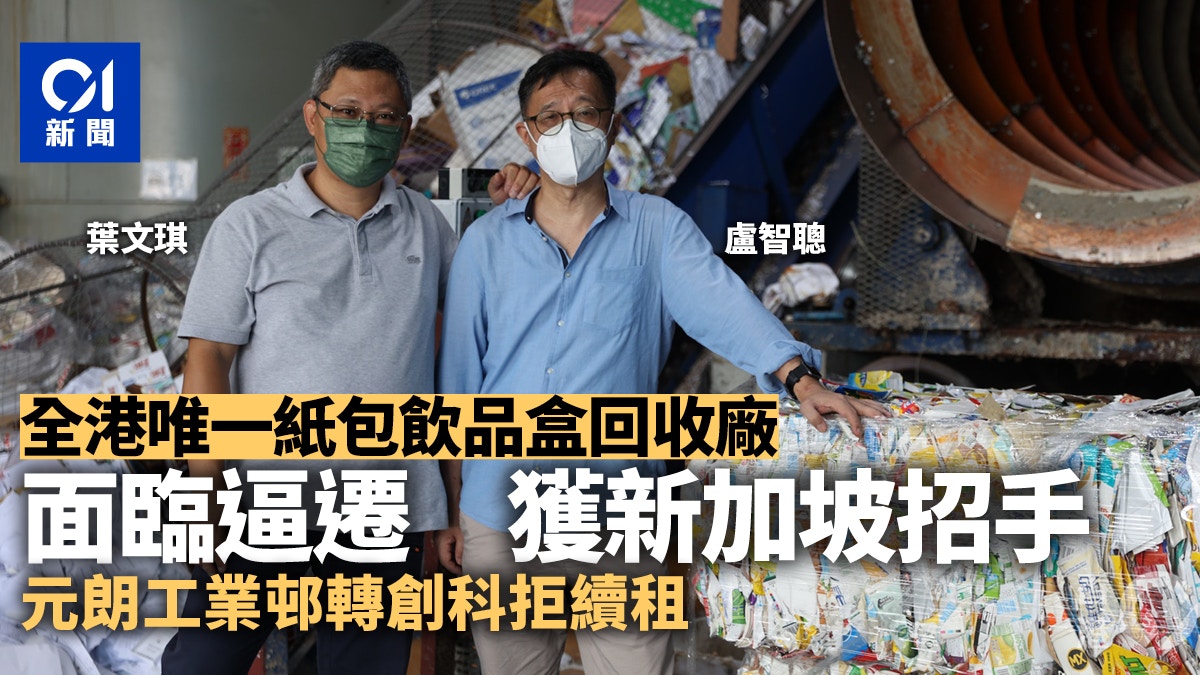 Yuen Long Industrial Estate's Zhuanchuang Beverage Box Recycling Plant was forced to be relocated or shut down, beckoned by Singapore 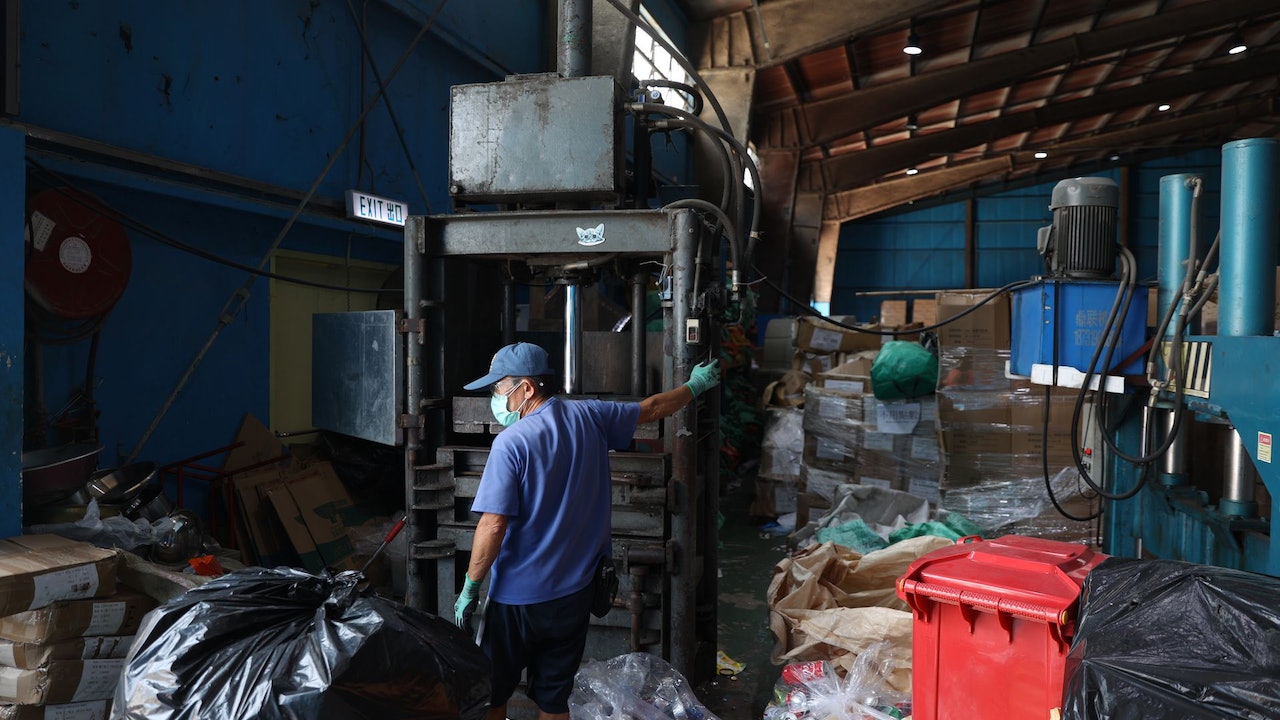 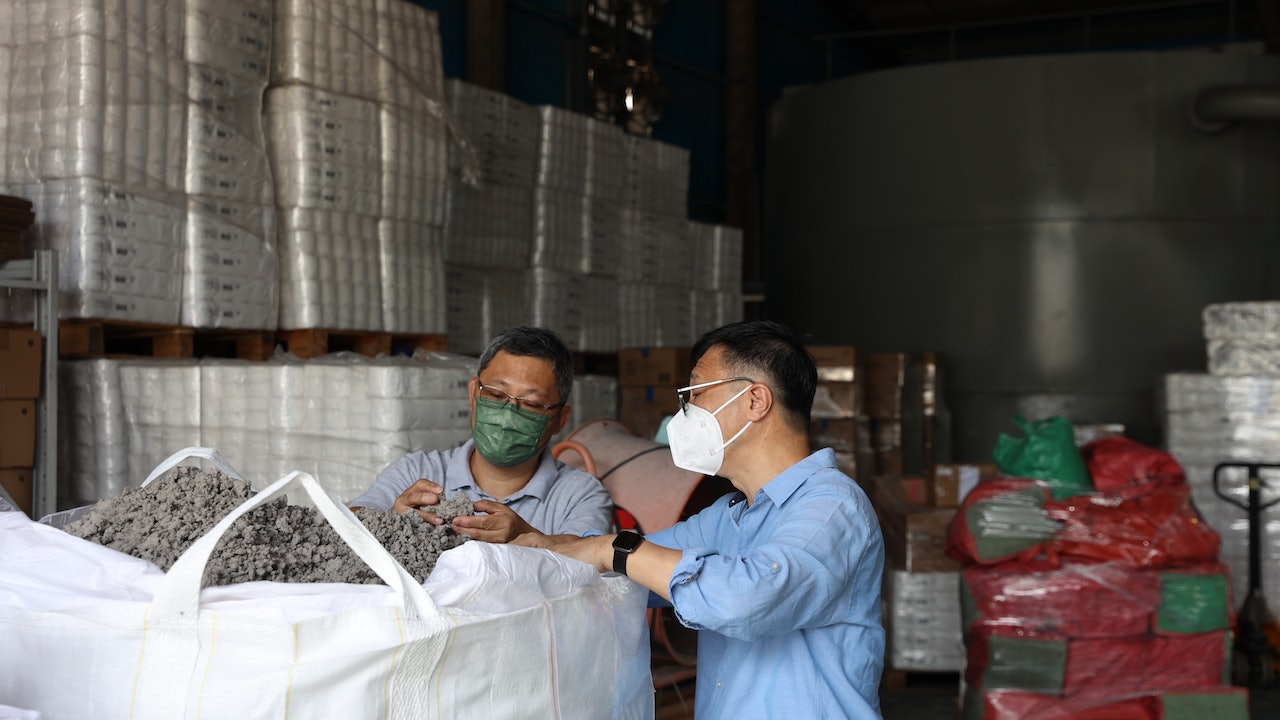 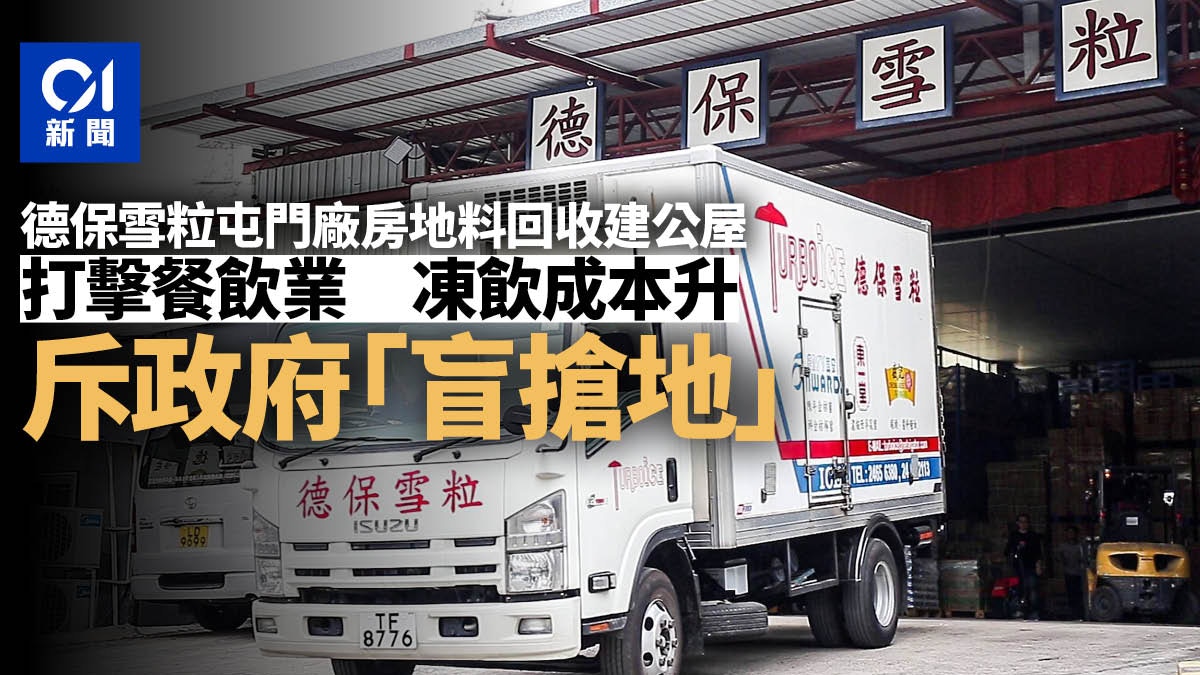 Land Resumption Dispute | Tuen Mun Debao Snow Granule Factory is expected to be recovered, public housing catering industry is worried about ice shortage, and the price of ice will be increased 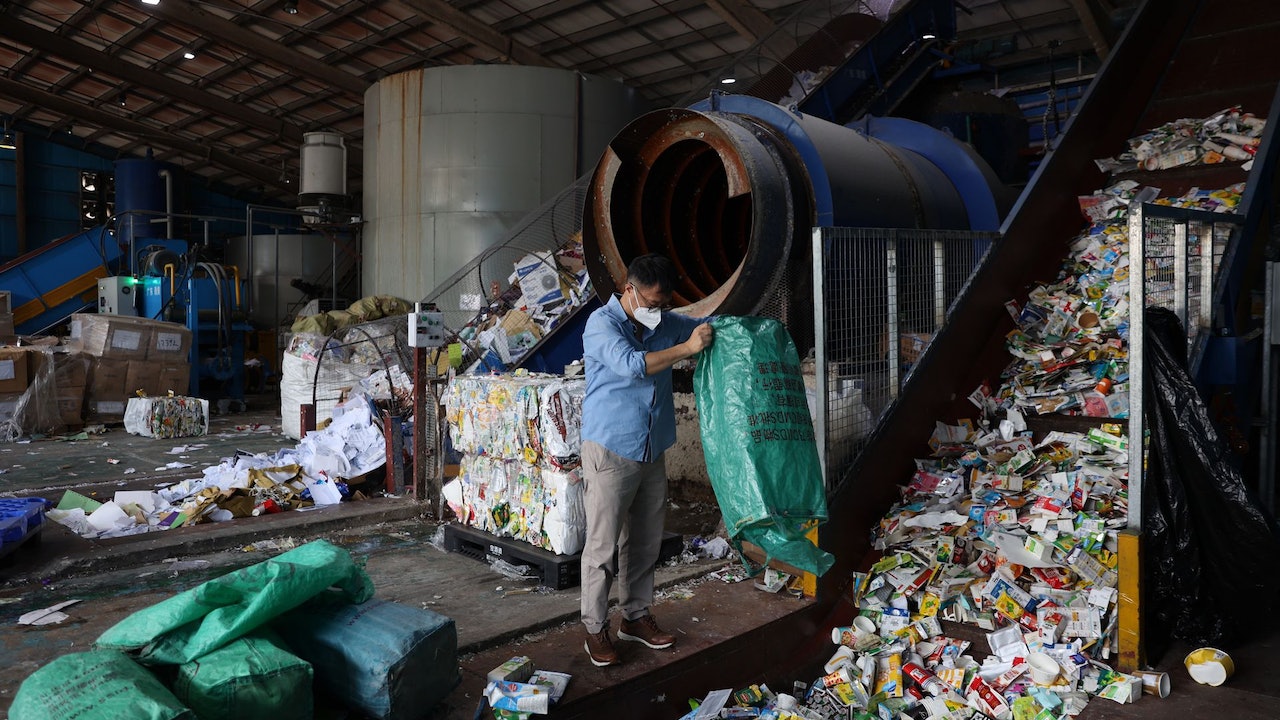 Li Jiachao said that he has provided a site for applying for recycling plant Mil Mill: short-term lease is difficult to make long-term planning 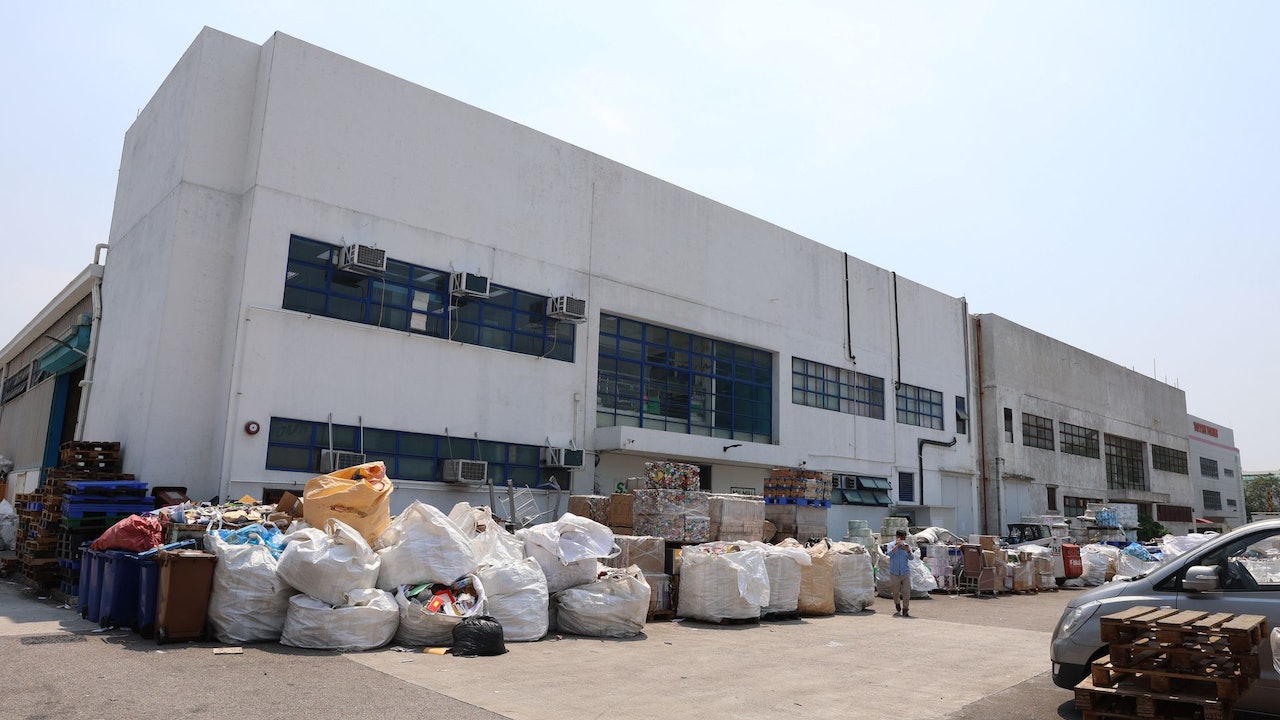 Science Park extends the lease for another half a year to next year 6.30 Mil Mill founder: to do research

The Observatory predicts that the temperature will drop significantly next Wednesday, followed by only 14 degrees and continuous rain in the next two days
2022-11-25T05:14:15.690Z