In Jenin, Palestinians ready to fight

REPORT - One month before the Israeli legislative elections, the explosions of violence are multiplying in the occupied West Bank. 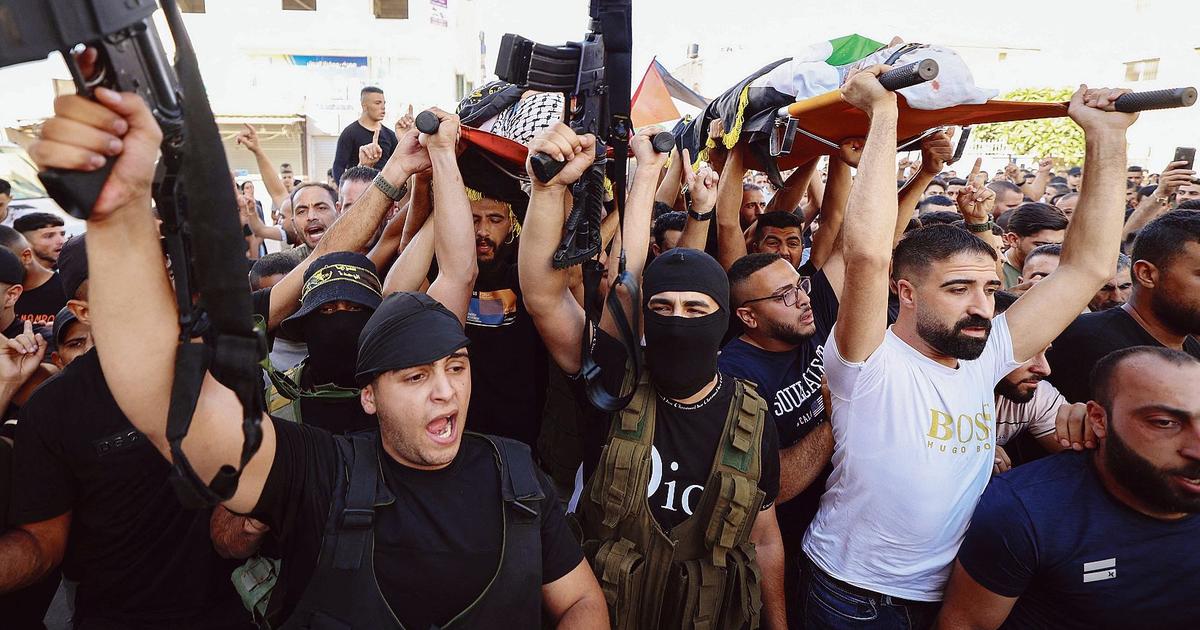 A few children are playing in the dust, but aside from these small shadows, Jenin is immersed in an oppressive silence of mourning.

Thursday, the day after a new raid by the Israeli army, the general strike day was followed to the letter in this city in the north of the West Bank.

Only the courtyard of the “Refugee Camp Club” hosts any semblance of activity.

On the rusty frame of the courtyard, a poster has just been hung: the image of a young man, M16 rifle in hand.

This is Abderrahman Hazem, 28: the new martyr.

He is holding another boy by the shoulder: his brother, Raad Hazem, shot dead in April after killing three people on a street in Tel Aviv.

Behind them, their father, Fathi Hazem, still alive and wanted by the Israeli army.

The family will soon receive condolences.

We line up plastic chairs.

In a room refrigerated by air conditioning, the men meet, drink coffee, smoke...