Step by step: everything you wanted to know about the historic agreement between Israel and Lebanon on the maritime border Israel today

Just before the signing of the historic agreement between Israel and Lebanon on the maritime border, will Israel be willing to give up part of the shark reservoir? What is Hezbollah doing to control Asda? How do Lebanon and the Americans want to resolve the disputes, and what is the field of Cana? • "Israel Hayom" puts things in order for you and answers all the burning questions 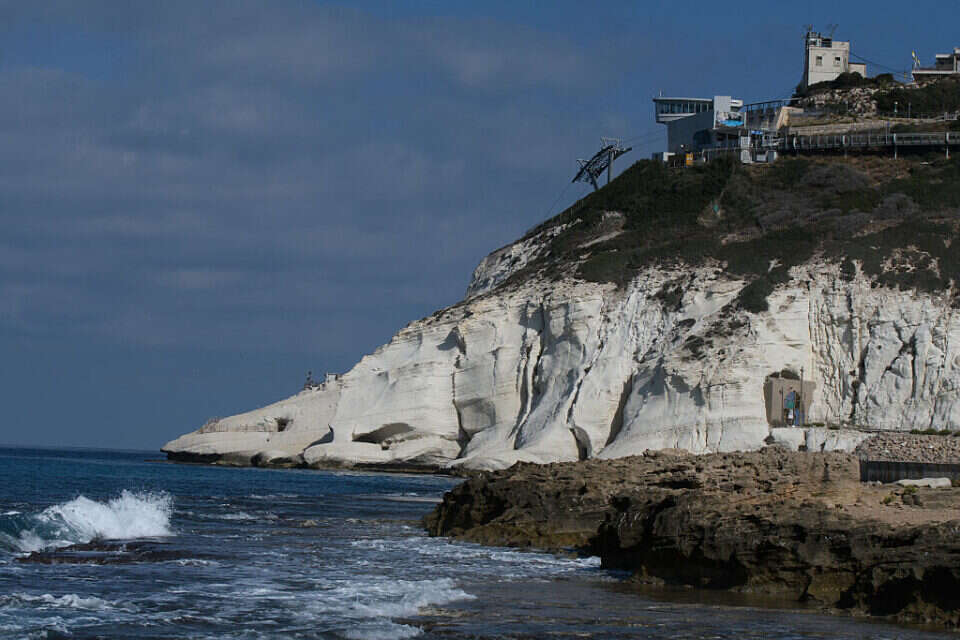 The issue of the dispute over the maritime border between Israel and Lebanon has been very preoccupying the entire region lately.

Politicians on both sides of the fence make various statements that serve their agenda.

Ahead of what appears to be the signing of an agreement between Jerusalem and Beirut (unless Nasrallah decides to blow everything up at the last minute), "Israel Hayom" puts the facts in order and provides a guide to the confused and one of the most complicated and significant issues in recent years from a political, economic and security point of view.

What is the dispute about?

Israel and Lebanon argue over a maritime area in the shape of a narrow and long triangle, approximately 860 square kilometers in size (for comparison, about half the size of Gush Dan). Until a few years ago, this issue may have concerned the fish swimming in the area, but then the gas reserves were discovered, And the two countries recalled that they never settled the issue of the maritime border between them.

The disputed area, photo: none

What is the Lebanese position?

Well, it depends on when you ask and who, because this position has changed several times and the divided and conflicted Lebanon does not always speak with one voice.

Originally, the Lebanese demanded to stretch the border along the line known as "Line 23".

After that, possibly under pressure from Hezbollah, the Lebanese government formalized its position and claimed that following a "research" by the Lebanese army it became clear that the border line should move further south.

This line, known as "line 29", transfers a significant part of the Harish reservoir to Lebanon.

This position is considered baseless by both Israel and the Americans, who mediate in the process.

What is the Israeli position?

This is the most northerly of all the lines, and it leaves the entire Harish reservoir and a significant part of the potential Kana reservoir in the hands of Israel.

In Israel, they do not intend to insist on this position and agree to extend the line south from there, in a way that would give most of the Kana field to the Lebanese.

However, Israel made it clear that the Harish reservoir is not subject to negotiation at all, and intends to start producing gas from it as soon as this becomes possible, despite Hezbollah's threats and regardless of the negotiations.

What is Hezbollah's position?

Hezbollah's position depends mainly on Nasrallah's mood, or on the instructions he receives from Tehran.

Throughout the negotiations, Hezbollah was the most extreme party (you will be surprised), which thwarted the signing of the agreement even when the Lebanese government was interested in it.

Nasrallah demanded that a significant part of the Harish gas field be handed over to Lebanon, and even threatened to attack the rig there if it started producing gas. However , in the last two weeks there has been a softening of Hezbollah's position, which signals that it is ready to accept the emerging compromise proposal and see it as an achievement for Lebanon, which Nasrallah wants to appropriate for himself

What does the American compromise say?

The proposal of the mediator Amos Hochstein was not officially published, but according to what is known, it stretches the boundary line more or less in the middle, between the Lebanese position and the Israeli position.

It does so in a way that leaves the entire Shark reservoir in Israeli territory, and the large majority of the Kana field in Lebanese territory.

The southern bulge of Kana will remain in the hands of Israel, which should receive royalties in return if and when gas is actually produced from the field.

In addition, the Lebanese rig in Kana will likely be placed about five kilometers in front of the Israeli rig in Kirish. This situation should deter Hezbollah from attacking the Israeli rigs (including in the more southern reservoirs: Tanin, Leviathan and Tamar), since any damage to an Israeli rig will be immediately met with a retaliatory action against the rig Lebanese.

What does the American compromise offer not include?

Deliberately, Hochstein's proposal does not draw the maritime boundary line in the area close to the coast, but begins to stretch it starting from a certain point in the middle of the sea.

The reason for this lies in the Israeli demand for a security zone near the coast where vessels cannot enter without permission and control from the navy.

This area extends to the north, into the territory that is supposed to be in Lebanon's hands, and Beirut does not agree to this demand.

Therefore, it was decided, as of now, to leave the issue open and discuss it after the signing of the agreement, which will allow both parties to start producing and searching for gas.

What is the Kana field that Israel is giving up most of, and how much gas is there?

In fact, Kana is not a gas reservoir but a potential field, which geologists estimate that there is a reasonable chance of finding natural gas, but this is not certain.

How much gas exactly?

It's not clear yet, but apparently it's a significant amount...

Why is Israel interested in Lebanon producing its own gas?

The Lebanese economy is facing a very deep crisis, and Iran is taking advantage of this in order to increase its influence on the country.

Lebanon suffers from an acute shortage of fuel, and Iran, among other things, helps it in this area.

If gas is indeed discovered in Kana and Lebanon begins to produce it, this will contribute to stability in the country and erode Iranian influence over it.

Is it necessary to pass the agreement in a referendum?

It appears that the High Court of Justice will rule on this issue, but the answer to that is apparently negative. The reason is that the area in dispute is defined as "economic waters", which, unlike territorial waters (up to 22 km from the coast), neither state sovereignty nor Israeli law applies to them.

The only right granted by economic waters is over the natural resources that are within their domain, but beyond that it is an international territory that is also open to the free passage of foreign ships.

Is it necessary to bring the agreement to the Knesset for approval?

Here, too, it seems that the High Court will decide, but the obvious answer is again negative. As a general rule, the law does not require international agreements to be brought to the Knesset for discussion or approval, and in cases of exceptional security need, it allows them to be approved by the Cabinet. However, the practice is to bring important agreements to the Knesset for discussion, As was the case with the Abraham agreements and even with less significant agreements, such as the agreement between Israel and Egypt regarding the Philadelphia axis from 2005.

Maintaining Israel's security and preventing profits from Hezbollah: the American guarantee letter in the agreement with Lebanon - voila! news

Nasrallah: The acceptance of the written offer from Israel by the American mediator is a very important step - voila! news

Against the background of the criticism: a political party reveals the American guarantees for the agreement with Lebanon Israel today 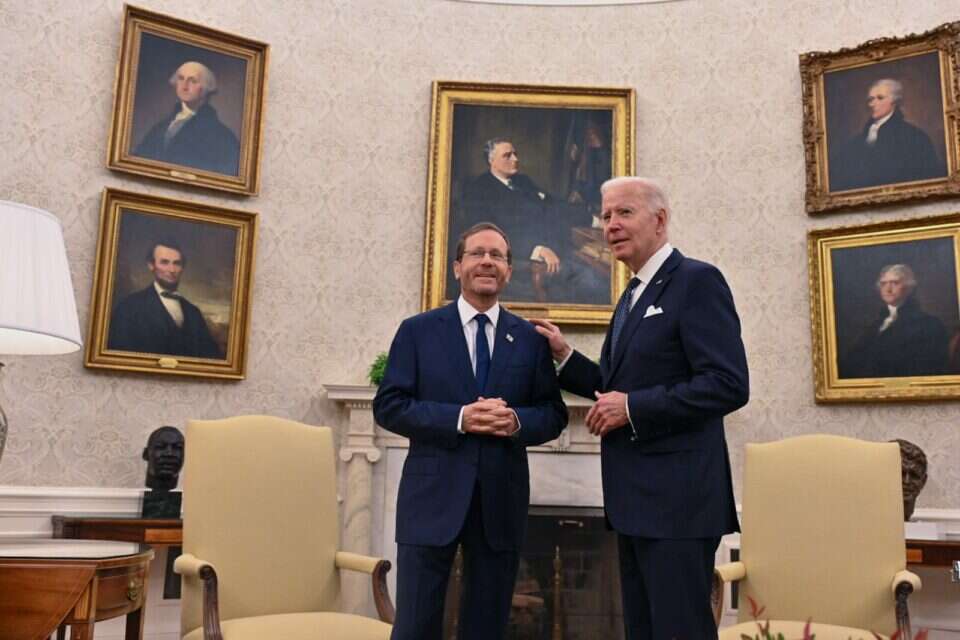 The Iranian threat, the gas agreement and Israel's security: Herzog and Biden met at the White House Israel today 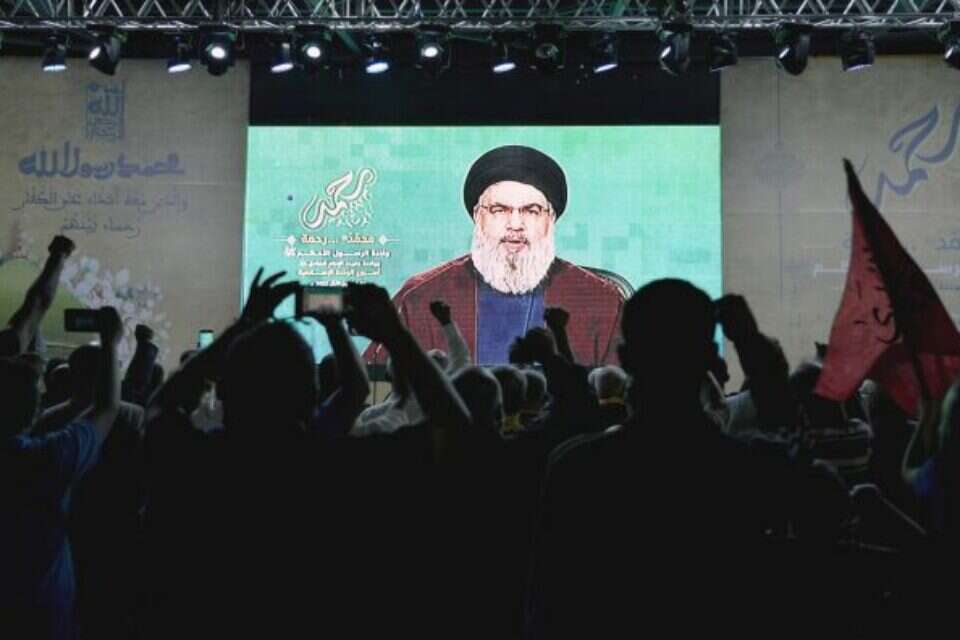 The gas agreement with Lebanon: neither normalization nor humiliating surrender Israel today 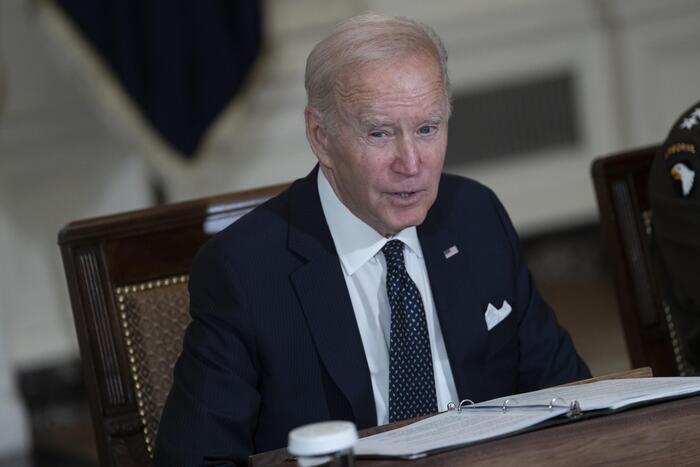 Biden welcomed the maritime border agreement with Lebanon: "preparing the ground for the stabilization of the region" - Voila! news