The head of the country selected astronauts and scholars in Hong Kong, saying that scientific research talents have advantages and are confident to find suitable candidates

The country announced the launch of the fourth batch of reserve astronaut selection, and for the first time selected payload experts in Hong Kong and Macau, that is, Hong Kong scientific research talents are expected to become astronauts. Candidates must have a doctorate degree in a relevant field of expertise, and 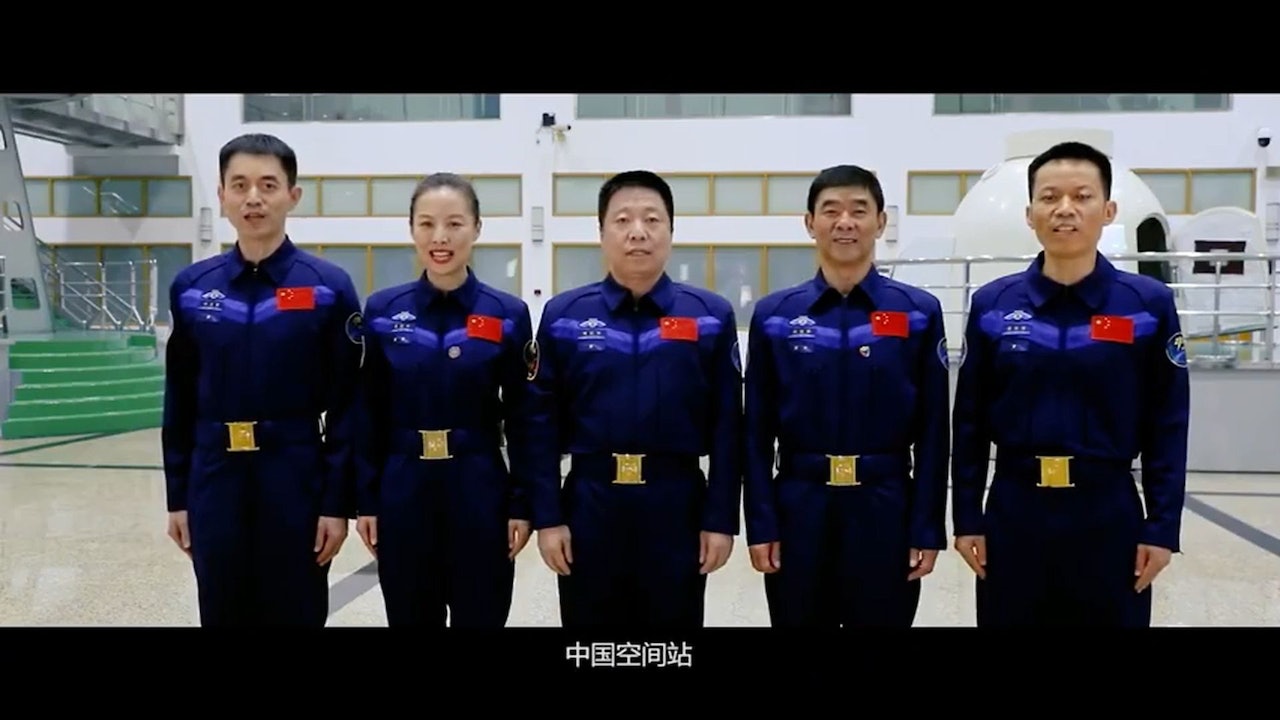 The country announced the launch of the fourth batch of reserve astronaut selection, and for the first time selected payload experts in Hong Kong and Macau, that is, Hong Kong scientific research talents are expected to become astronauts.

Candidates are required to have a doctorate degree in a relevant professional field and have at least three years of experience.

Yu Hongyu, associate professor of the Department of Mechanical and Aerospace Engineering of HKUST, said that Hong Kong has a high level of scientific research and has many professional talents. He believes that biomedicine, engineering, energy and materials and other related fields have advantages. The candidate also believes that it can help the future development of aerospace technology in Hong Kong.

Yu Hongyu continued to point out that it would be more ideal if the selection criteria could be broadened, including allowing still-studying doctoral students to participate and accepting applications from out-of-stream talents.

▼On October 2, a number of mainland astronauts filmed to promote the recruitment of Hong Kong and Macao astronauts▼

Yu Hongyu is encouraged by the country's selection of payload experts in Hong Kong. He believes that although the mainland's aerospace technology has developed rapidly and has taken the lead in the past ten years, Hong Kong's scientific research level is high and competitive. Among them, biomedical, Engineering, energy and materials and other related majors are more advantageous, and he is confident that Hong Kong can find qualified talents.

However, he believes that it would be better if the selection conditions could be relaxed. Yu Hongyu mentioned that many people have relevant academic qualifications, but they can only look at the door and sigh. Although he is full of enthusiasm, he is not eligible because he is still studying.

In addition, due to the fact that Hong Kong has begun to invest in aerospace development in recent years, some talents may be outflowing to the Greater Bay Area or Europe and the United States. It would be more ideal if they can be included in the selection.

Loading experts must have a good physique. He mentioned that many scientific researchers mainly focus on research in the laboratory, or neglect to train their physique.

He believes that after the state selects payload experts in Hong Kong, it will positively promote the future development of aerospace in Hong Kong. If the Hong Kong government can invest more resources, formulate corresponding policies and cultivate talents, it is expected to further develop.

▼On October 2, the government announced the details of the recruitment of astronauts as "payload experts"▼

The state announced the start of the selection of the fourth batch of reserve astronauts, and selected payload experts for the first time in the Hong Kong SAR.

Mak Dewei, Permanent Secretary of the Innovation, Technology and Industry Bureau, said that "payload experts" are generally scientists or professionals in related fields, responsible for carrying out space experiments or experimental research, and carrying out the daily work of station management.

In addition, it is required to be in good health, with no allergy and family medical history that affects the flight. The Hospital Authority will test the applicants, and infectious diseases will be one of the investigation directions.

The recruitment period will be from October 6 to 27, and further selection will be handled by the Mainland departments; the primary selection agencies include 11 local universities, five government research centers, the Productivity Council, the Cyberport and Science Park scientific research institutions or enterprises, and government departments With the HA, the government will also consider registrations from other organisations.

According to an announcement by the China Manned Space Engineering Office today, in order to meet the needs of the follow-up missions of the manned space project, the selection of China's fourth batch of reserve astronauts has been started recently, and the selection of payload experts in Hong Kong and Macau is the first time.

Looking through the information, "Load Experts" are scientists and engineers who are responsible for various scientific experiments and explorations in space, not professional astronauts.

Hong Kong-made astronauts｜Sun Dong: Space missions are the most cutting-edge tasks and it is normal to love the motherland

The head of the country selected astronauts and scholars in Hong Kong, saying that scientific research talents have advantages and are confident to find suitable candidates 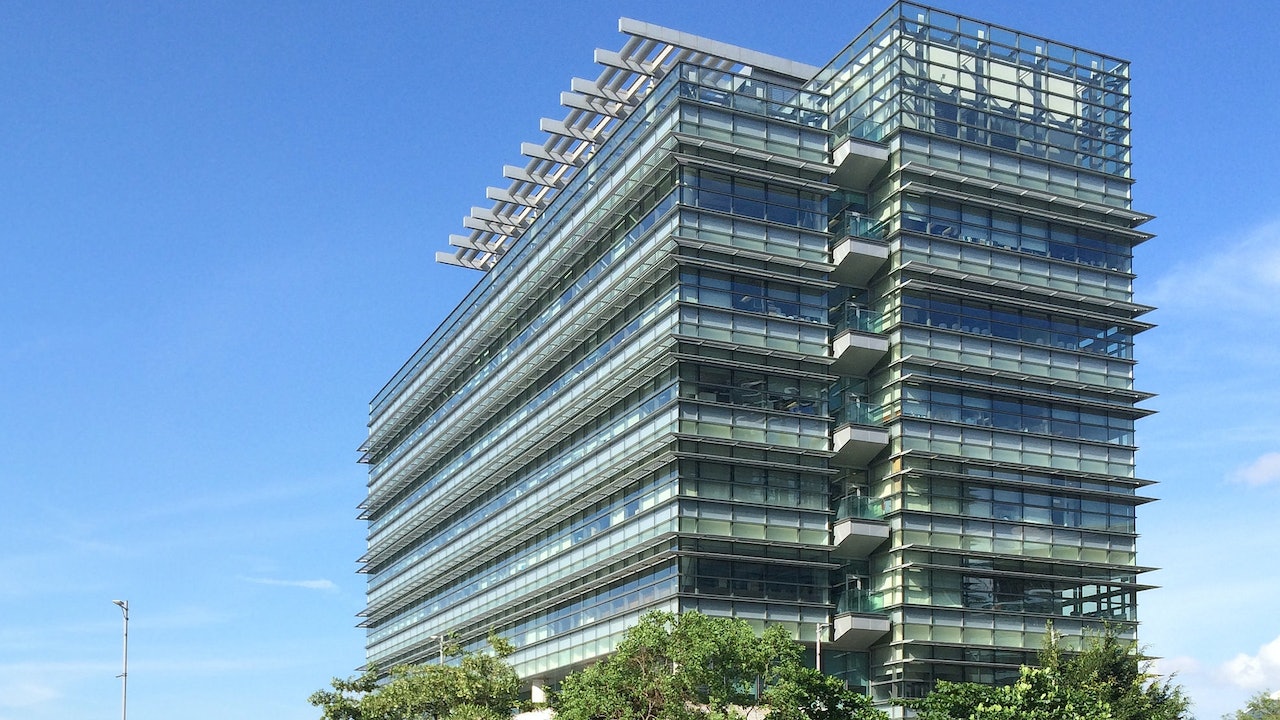 About 10 Hong Kong-made astronauts from ASTRI want to participate in the selection of CEO: rare opportunity, everyone is enthusiastic 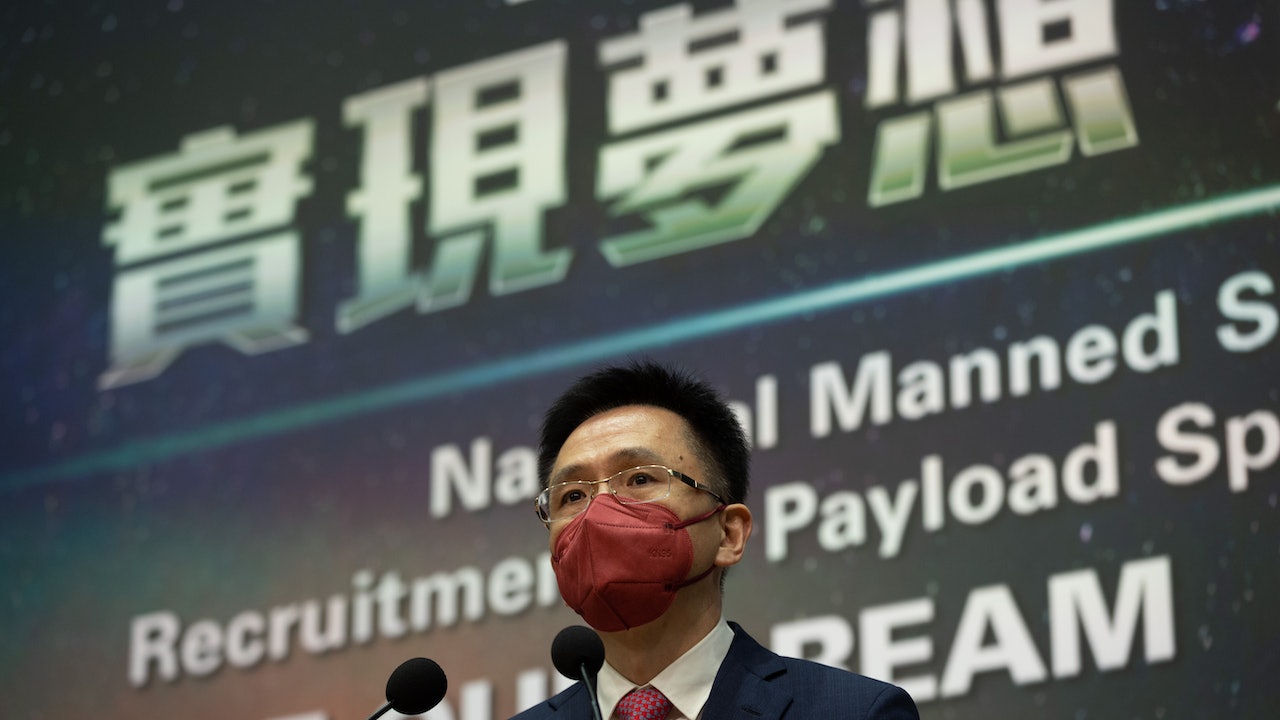 Hong Kong-made astronauts｜Sun Dong: The competition is very fierce and all qualified people will be recommended to the country 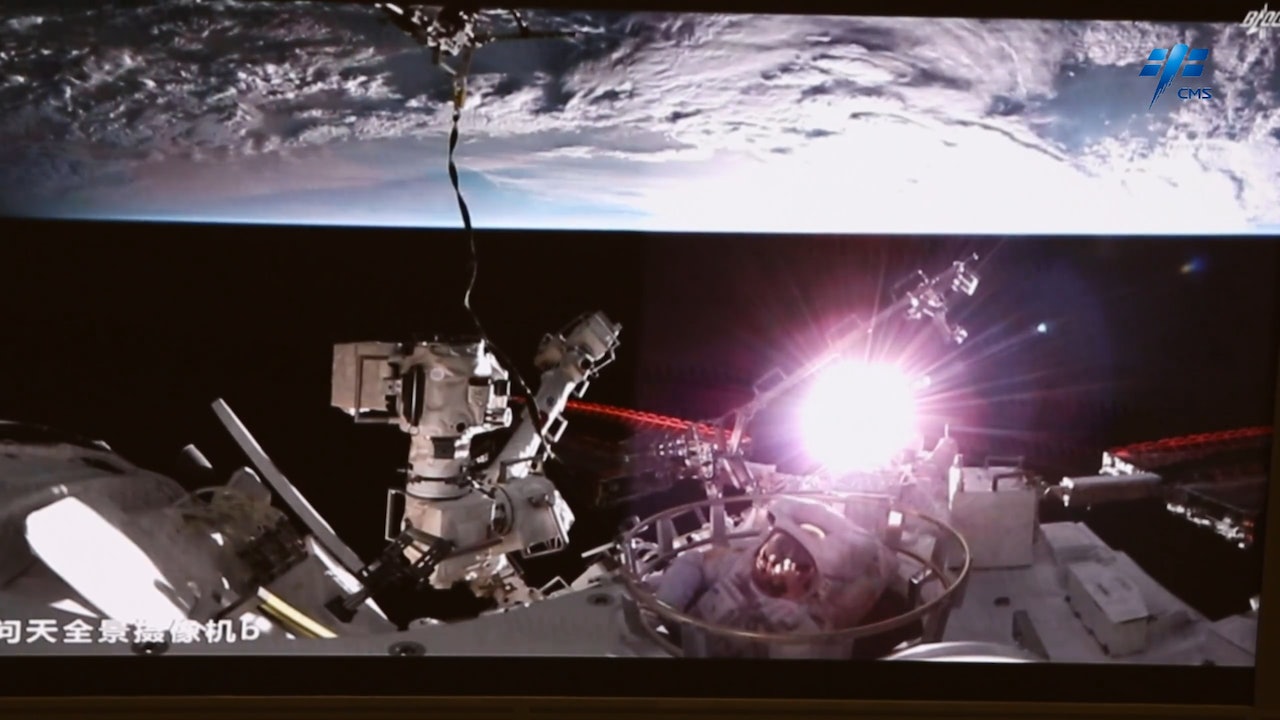 The central government announced to recruit 2 astronauts in Hong Kong and Macau as "load experts" 10.6 to start the application 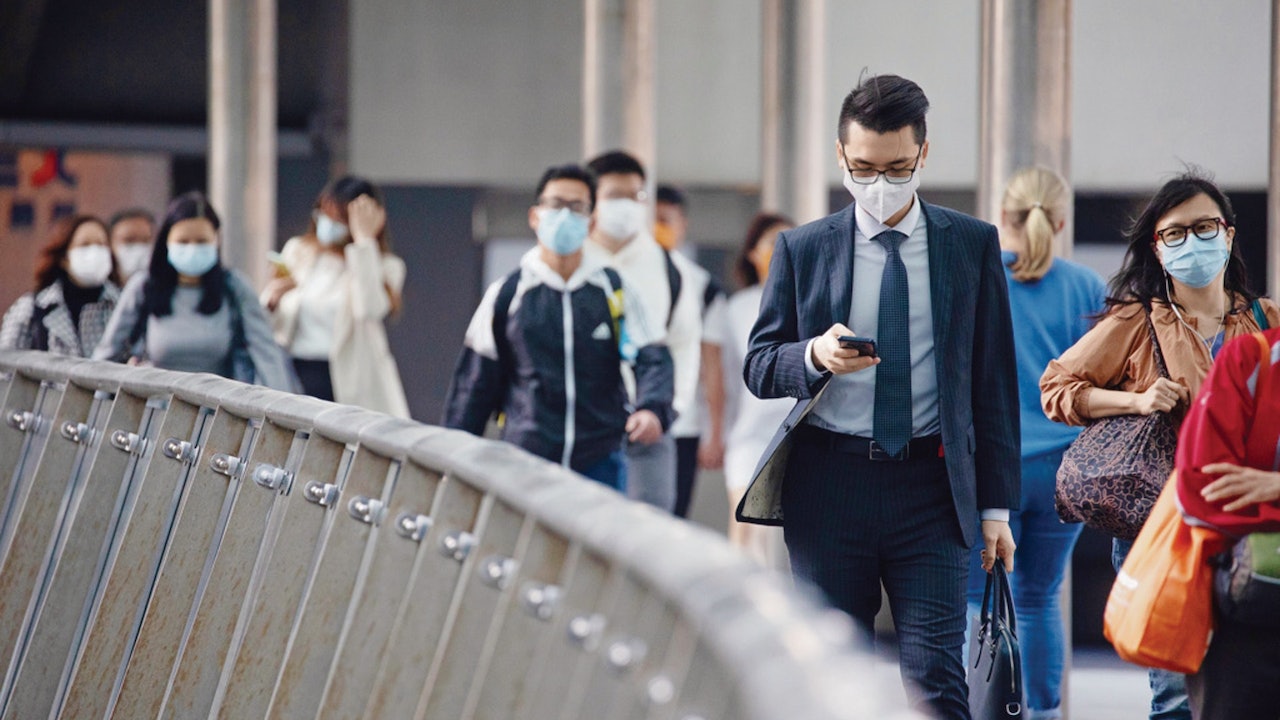 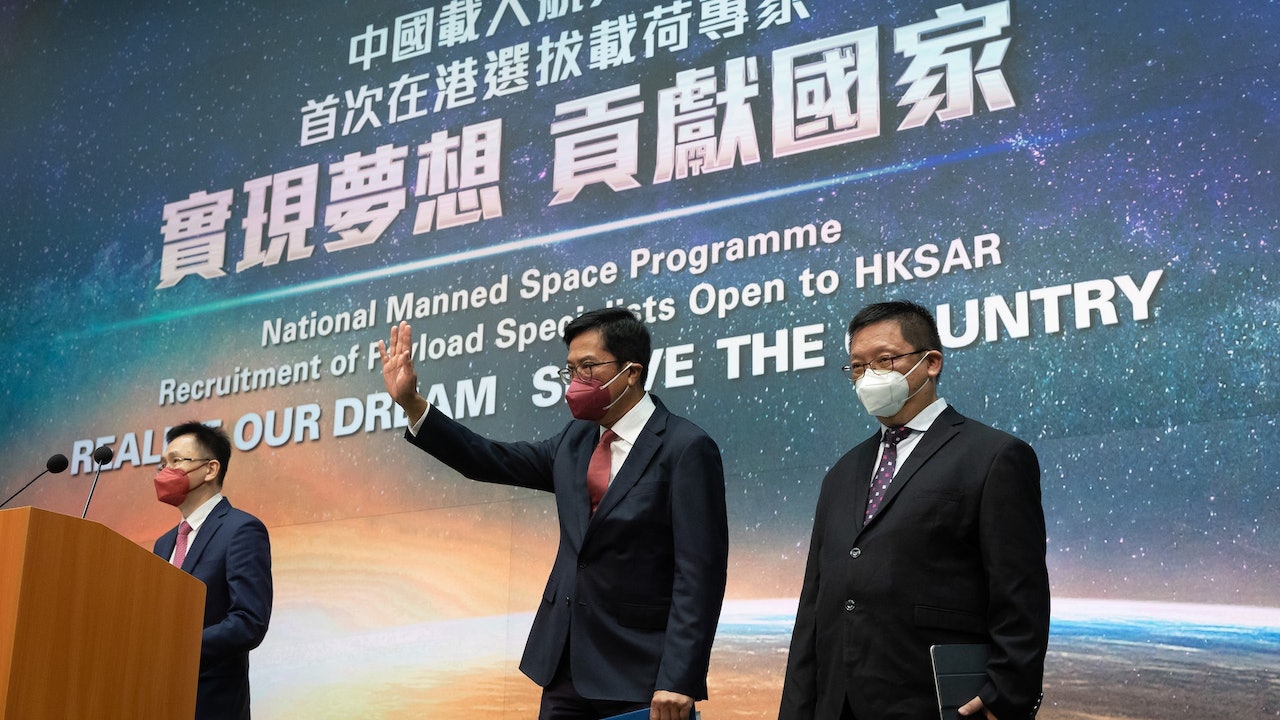 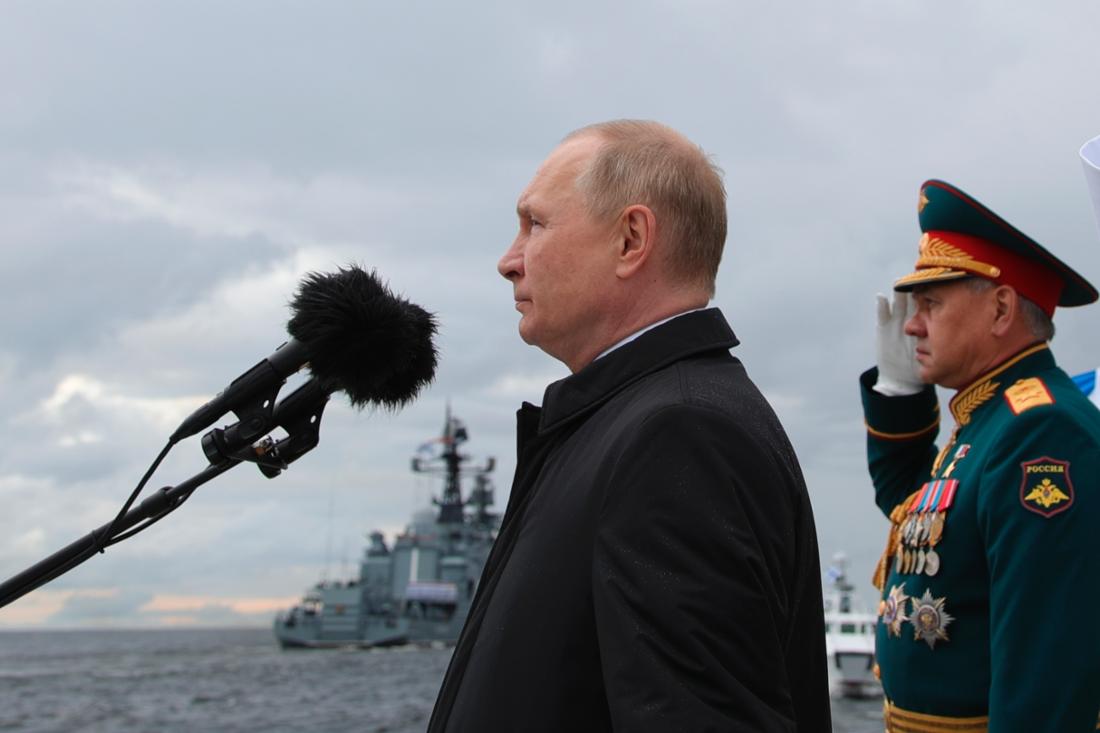