Russian recruits begin combat training in Donetsk and Luhansk. The German foreign minister condemns Moscow's "atrocities". And: Twitter Zoff between Volodymyr Zelenskyj and Elon Musk. That happened in the night.

According to official information, the first recruits called up as part of the mobilization in Russia have been transferred to the occupied Ukrainian regions of Donetsk and Luhansk.

"Mobilized soldiers are undergoing combat training in the Donetsk People's Republic," the Defense Ministry in Moscow said on its Telegram channel.

The Russian military had previously announced the arrival of reservists in the Luhansk region.

Both in Luhansk and in the northern part of the Donetsk region, Russian troops have recently fallen on the defensive.

So they had to evacuate the strategically important city of Lyman.

Ukrainian formations are now targeting the connecting roads between the towns of Svatove, Kreminna and Rubischne in order to encircle the Russian units stationed there or force them to retreat.

According to the Russian Defense Ministry, however, the reservists will not be deployed to fill gaps, but will secure the supply routes after their training in the rear of the front.

The Russian leadership said that all reservists should first go through training before being deployed to refresh their military knowledge.

Experts estimate that most of the recruits will only be deployed in one to two months.

Against the background of the Ukrainian offensive, President Volodymyr Zelenskyj has solicited the confidence of the population in the Russian-occupied territories.

“Russian propagandists intimidate people in the territories still controlled by the occupiers, claiming that Ukraine will consider almost anyone who stays in the occupied territories as collaborators.

Those who have not offered themselves to the Russians have nothing to fear.

Zelenskyy emphasized that there was only isolated support for the Russian occupiers, although "hundreds of thousands" were temporarily under the occupying power.

In doing so, he contradicted the Russian narrative that the majority of people in the four occupied Ukrainian regions of Kherson, Donetsk, Luhansk and Zaporizhia aspired to Russia.

Zelenskyj also reported on further recaptures by the Ukrainian army and announced the payment of pensions and social benefits in the regained territories.

Ukraine, which was badly hit financially by the war, secured financial aid from the European Union worth five billion euros on Monday.

The Vice President of the EU Commission, Valdis Dombrovskis, had announced that the money would be used for "immediate liquidity bottlenecks as well as wage and pension payments".

The Ukrainian President also responded to the recent statements by Tesla boss Elon Musk on Twitter.

He had outlined a possible end to the Russian war of aggression against Ukraine on the social network – and received a lot of criticism for it.

Among other things, his idea envisages that the people in the Russian-occupied areas of eastern Ukraine should hold a new referendum under UN supervision as to whether they want to belong to Moscow or Kyiv.

He asked his more than 107 million followers to vote yes or no on the “plan”.

After indignant replies from Kyiv, the 51-year-old once again put up a choice on the state affiliation of the people of Crimea and Donbass for debate.

The only scenario the leadership in Kyiv is aiming for is a complete liberation of all areas occupied by Russia since 2014;

Around 80 percent voted for answer one.

The outgoing Ukrainian ambassador to Germany, Andriy Melnyk, had previously spoken with a "diplomatic reply".

He wrote to the US billionaire: "Fuck off."

currently sees no chance for negotiations to end the war.

The Russian President's offer to negotiate with Kiev read something like this: We'll rob your country, subdue your citizens, and you can then sign it, the Greens politician told the Neue Osnabrücker Zeitung.

“It's the opposite of peace.

That is terror and bondage.«

Nevertheless, they themselves and the government were constantly looking for a diplomatic solution.

“We try every day.

Every day since February 24, one of the more than 190 countries in the world or an international organization on behalf of the world community kneels the Russian President to stop bombing,” Baerbock said.

"The only answer from the Russian President is more atrocities."

is calling for reliable federal financial aid for the accommodation of refugees.

"When winter comes, when cold and wet get into the destroyed houses in Ukraine, then more people will come to us - have to come," said the CDU politician to the newspapers of the Funke media group.

»Their decent accommodation and care is one of the major tasks for municipalities and states.

You need money for that.«

The successor regulation promised by the chancellor for financing refugee costs is now needed.

The federal government must "acknowledge its shared responsibility for the refugees," said Wüst.

A fundraiser in the

has raised enough money to give Ukraine a modernized T-72 main battle tank.

Within about a month, 30 million crowns - the equivalent of almost 1.2 million euros - came together, as the organizers announced on Monday.

More than 11,000 people took part in the Ukrainian embassy's campaign under the motto "A gift for Putin".

The next step is to collect money to buy ammunition for the tank.

What is still happening today ++ Ukraine News: Selenskyj warns of the "hardest winter in history" 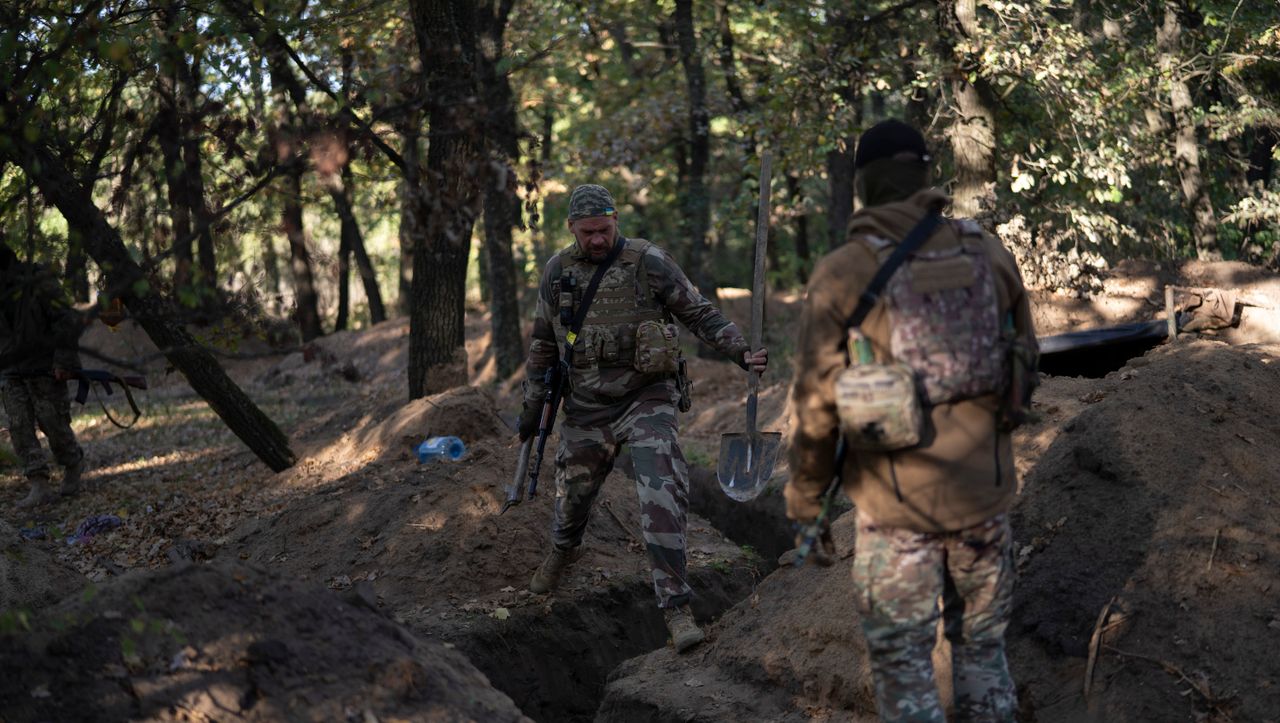 Ukraine news on Wednesday: According to Russia, Ukraine is gathering tens of thousands of soldiers before Cherson