The death of a 17-year-old activist has fueled the protests in Iran that have been going on for weeks. Nika Shakarami was apparently arrested. Activists accuse the police of abusing and killing them.

The people of Iran have been protesting against the regime for weeks.

Now the 17-year-old activist Nika Shakarami has been found dead in Tehran.

Allegations against the police are piling up on social media: Shakarami was tortured and murdered.

Shakarami, who lived with her mother in the capital, disappeared on the night of September 20, her uncle Kianoush Shakarami told Tasnim news agency.

Her aunt Atesh Shakarami told BBC Farsi that she left the house with a bottle of water and a towel to protect herself from tear gas, according to the British daily The Sun.

In her last phone call with a friend, she reportedly said she was "on the run from security officials."

That night, her Telegram and Instagram accounts were deleted and her cell phone was turned off, The Sun continues to report.

There was no trace of Nika Shakarami for more than a week.

Then her lifeless body was found on a Tehran street and returned to her family, Tasnim agency reported.

The Sun reports that relatives found her in the Kahrizak morgue.

Her body showed signs of a fractured skull and her nose was smashed, they said.

Pictures of the 17-year-old were shared tens of thousands of times on social media.

As Rana Rahimpour, the BBC's Iran specialist, said on Twitter, Nika Shakarami's aunt was also arrested after she disclosed the circumstances of her death to the public.

Protests in Iran: Don't leave them alone! A commentary by Maximilian Popp

Cause of death a "fall from a great height"?

However, the relatives did not believe this.

They say a photo of her lifeless body on the sidewalk shows "the water bottle and cell phone for the picture being taken next to her."

Denying any wrongdoing by the authorities, prosecutor of western Lorestan province Dariush Shahoonvand said Nika Shakarami was buried in her village on Monday.

"Foreign enemies tried to create a tense and fearful atmosphere after this incident," he told Hamshari daily, without elaborating on the incident.

A video on Twitter allegedly shows Nika Shakarami's mother at her daughter's funeral.

"Today was your birthday," she allegedly exclaims, and "Today I congratulate you on your martyrdom!"

Another video shared by the BBC, among others, shows Nika Shakarami speaking at the protests in Iran.

According to SPIEGEL information, Germany and other EU countries are currently preparing new sanctions against Iran.

The protests in the country were triggered by the death of the 22-year-old Kurdish woman Mahsa Amini in police custody, but are now also generally directed against the oppression of women in particular by the Iranian leadership.

According to the organization Iran Human Rights (IHR), at least 92 people have been killed in the protests so far, activists assume even higher numbers.

Iran's spiritual leader Ali Khamenei commented on the protests for the first time on Monday.

He described them as "controlled by the US and the Zionists" from abroad.

He declared his support for the security forces.

Most recently, the police and militias sealed off the campus of the renowned Sharif University and apparently beat up students and professors.

Foreign Minister Baerbock expressed her dismay at the "brute violence of the regime" in Tehran on Twitter.

Since 22-year-old Mahsa Amini died in the custody of the Iranian moral police in mid-September, protests against the regime in Iran have erupted across the country.

Amini had been arrested by the vice squad because of her allegedly »un-Islamic outfit«.

What exactly happened to her is unclear.

The woman had fallen into a coma and died in a hospital on September 16.

The police firmly deny the allegations. 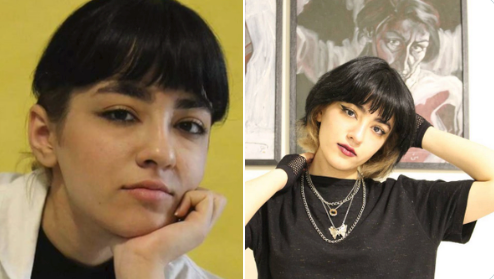 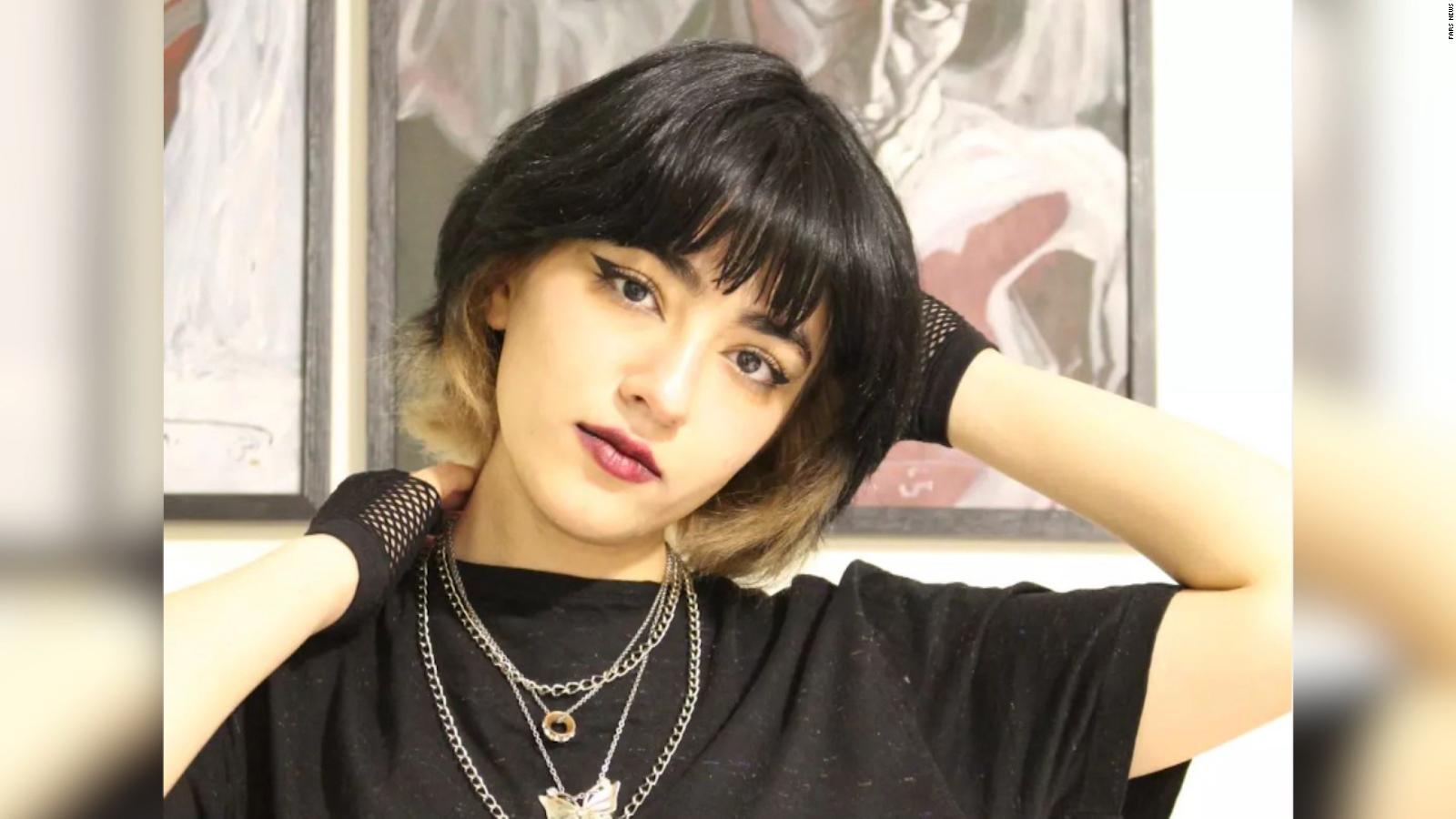 Iran: Nika Shakarami, 16, burns her veil, protests against the regime and appears dead 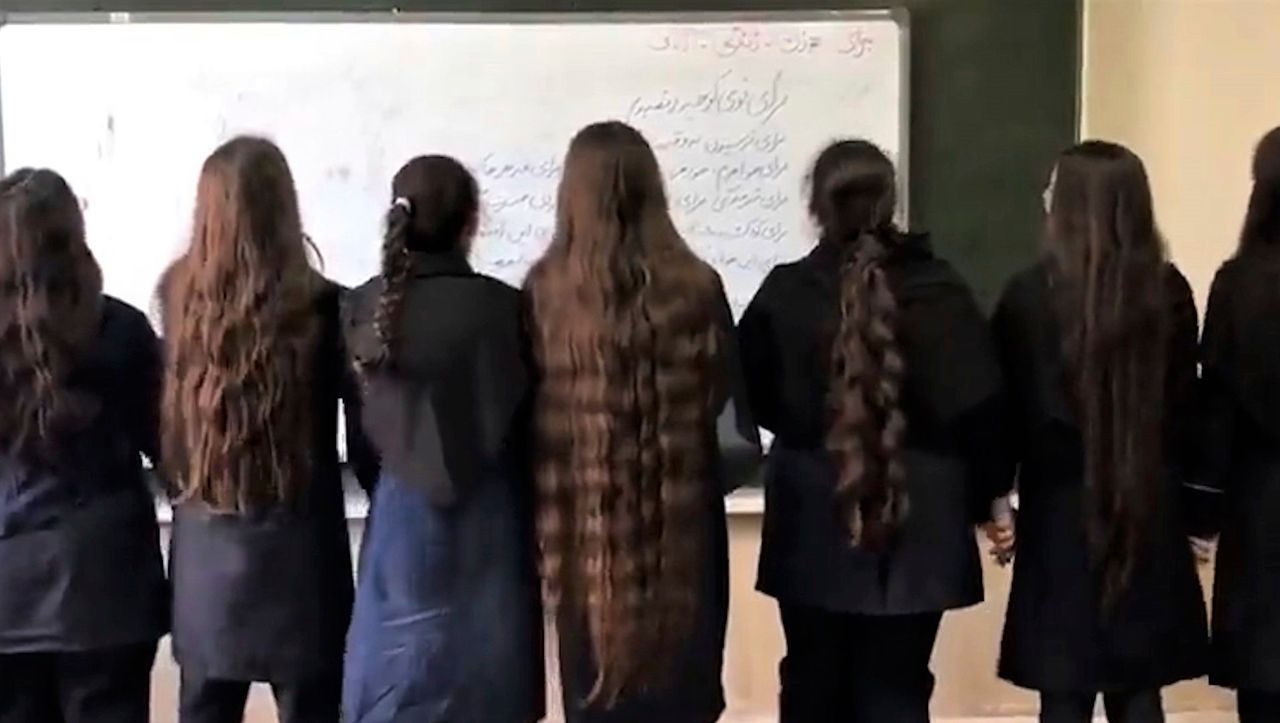 Iran: Students against the henchmen - singing without headscarves in the classroom 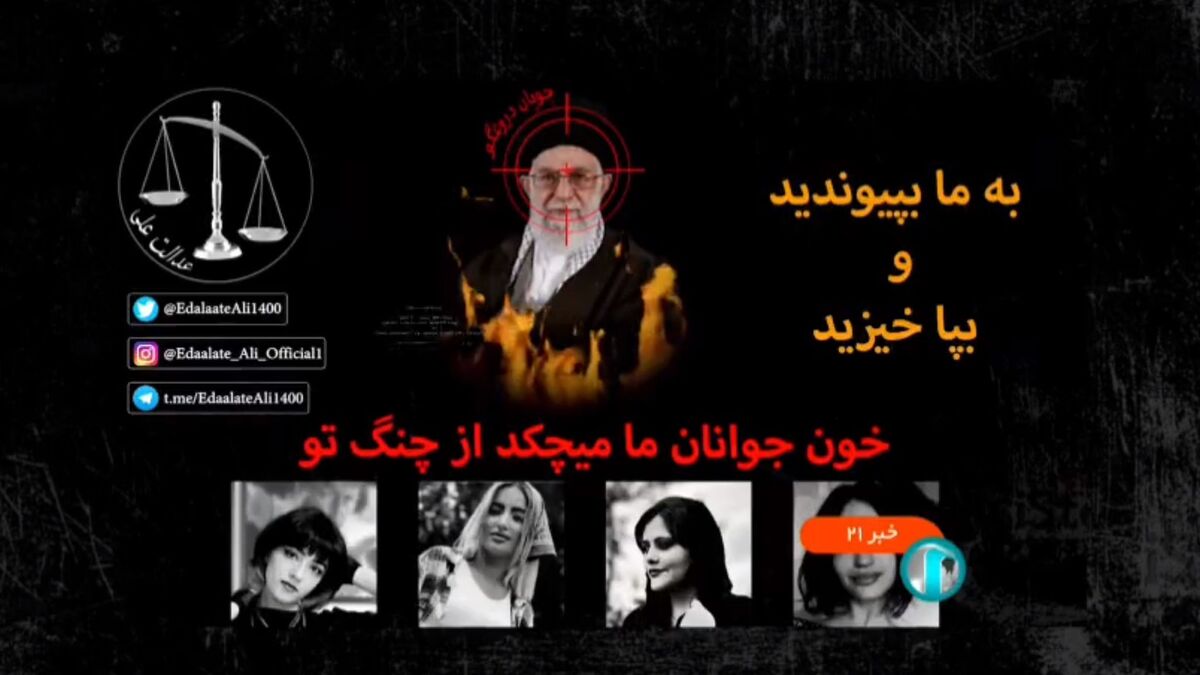 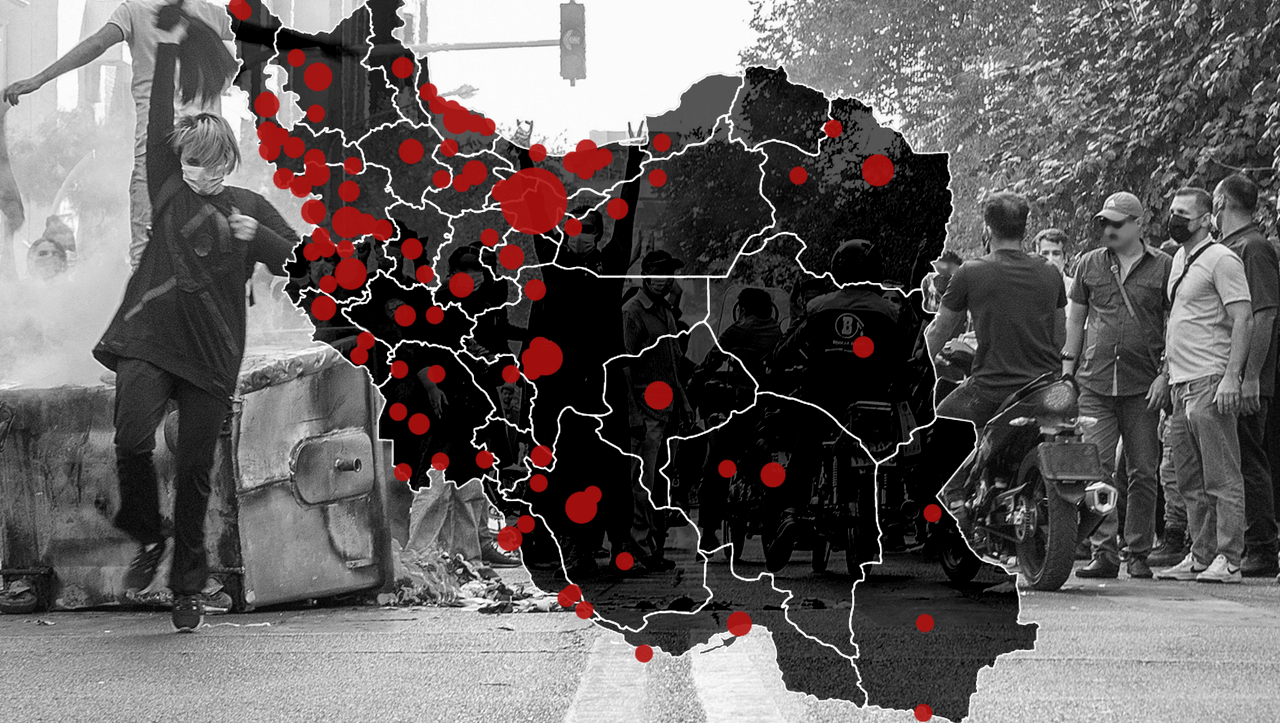 Protests in Iran: The Regime's Trail of Blood 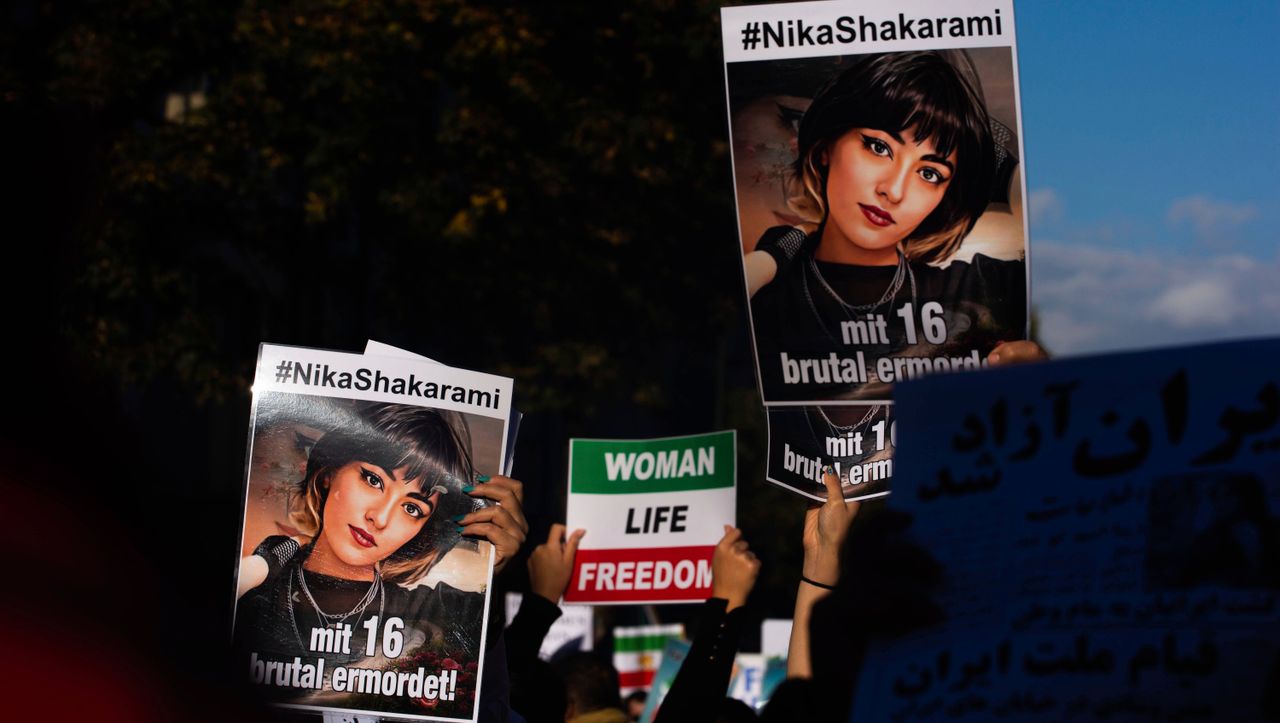 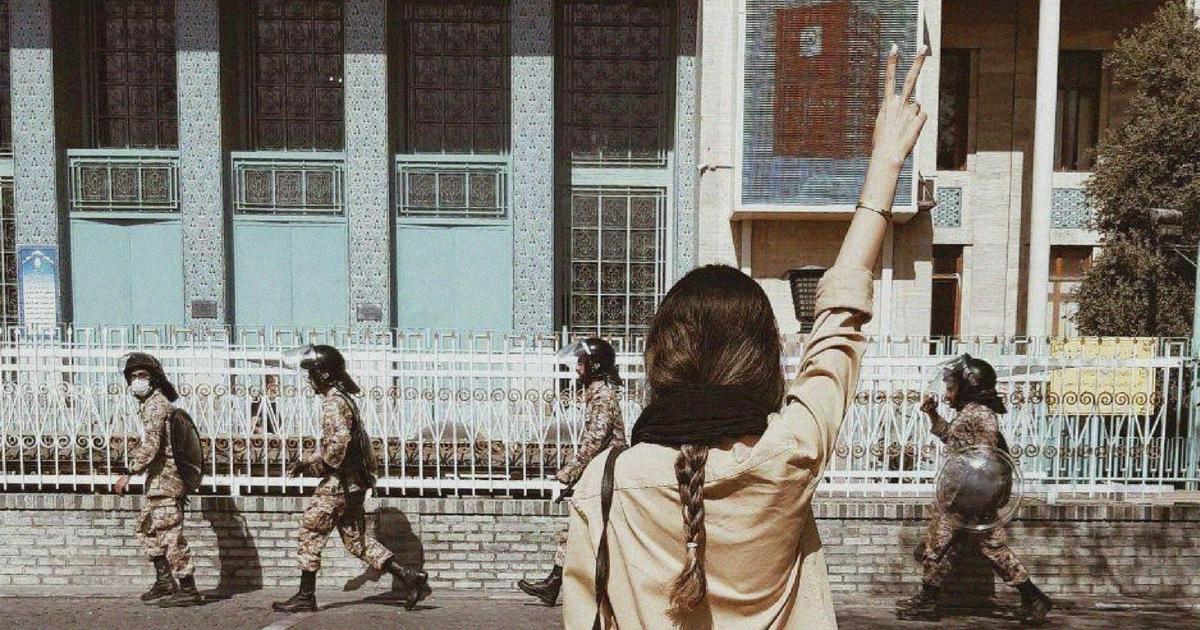 In Iran, the youth do not bend in the face of the brutality of the mullahs 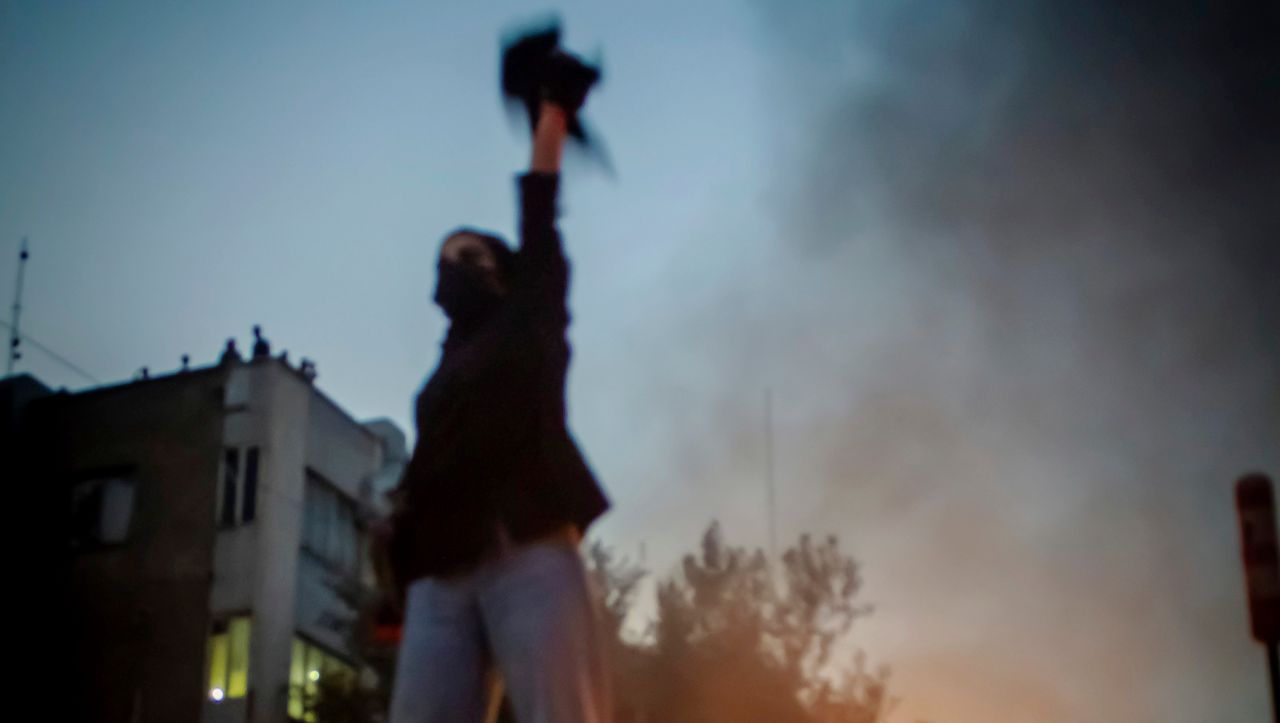 The Courageous Women of Iran: A Lesson for the World