The Russian-appointed leader of Kherson, Vladimir Saldo, said the Ukrainian army was advancing south along the Dnieper River to the West Bank town of Dudchany, farther than the Ukrainian propaganda front. Nearly 25 kilometers south.

The Russian Ministry of Defense said that the Russian side held the "prepared line of defense" and caused serious damage to the Ukrainian army.

The Ukrainian army's counter-offensive on the front line of Kherson has been launched for nearly two months, and it has only been advancing slowly, if it can continue before this push.

It would be another major setback for the Russian forces after the strategic Donetsk stronghold of Lyman over the weekend, overshadowing its "victory" of annexation of the four Ukrainian territories.

The loss of Liman and the previous Izyum has completely dismantled the Russian military's deployment to the north controlled by Donetsk.

The market in Slovyansk, which was under attack not long ago, has gradually returned to normal.

The Russian army also retreated to the Svatove-Kreminna line in Lugansk in northeastern Ukraine.

Officials of the "People's Republic" of Luhansk claimed on October 3 that Ukrainian troops had entered the border there and were advancing in the direction of Lysychansk.

Lisichansk was the last city in Luhansk that the Russian army won in early July. After the city was lost, the whole of Luhansk became a Russian-controlled area.

Now this state of "total control" has been reversed again.

The picture shows Lyman, which has just been recaptured by the Ukrainian army, and the green area is the Svatove-Kreminna line.

On the southern side of Kherson, the Ukrainian army had already blown up the bridge across the Dnieper River, making the Russian army in the city of Kherson on the west bank face difficulties in supplying.

Earlier, the media reported that the local army asked to withdraw, which was later rejected by Putin.

Some Russian military commentaries said that the number of local Ukrainian troops has surpassed that of Russian troops.

If this continues, the Russian army is in danger of being surrounded.

Regarding the defeat of the Russian army, Ramzan Kadyrov, who led the Chechen army on the Ukrainian battlefield, has publicly criticized the Russian army chief of staff Valery Gerasimov (Valery Gerasimo) and Donets responsible for the loss of Liman. Alexander Lapin, commander-in-chief of the Central Military District on the front line.

Some Russian media pointed out that the commander-in-chief of the Western Military Region has been replaced.

In the face of uncertainty over the front lines of the war, Russian Presidential Press Secretary Dmitry Peskov on October 3 refused to demarcate the borders of the four Russian territories, saying the merger of Donetsk and Luhansk would make its The 2014 borders” shall prevail, and it is not stated whether this refers to the “claimed borders” of the two places in 2014 or the “borders of areas under actual control” at that time.

As for the two states of Kherson and Zaporizhzhia, which were also invested in Russia, Peskov said that he would continue to consult with the local people on how to demarcate the border.

On the Ukrainian battlefield, apart from sporadic missile long-range attacks, the only Russian-led attack was the Siversk-Bakhmut line on the eastern edge of the Donetsk-Ukraine-controlled area.

Map of the situation in Kherson as of October 3.

The green circle in the upper right of the picture is the area where the Ukrainian army has pushed forward significantly.

Today, Ukraine is gradually entering winter, from Kherson to Luhansk, the temperature is only a few degrees Celsius after nightfall.

Otherwise, when the cold winter comes and it becomes difficult to advance on the battlefield, it will take nearly half a year for the Russian army to recuperate, strengthen the defense of the Russian-controlled area, and complete the training of recruits who have been recruited.

Therefore, in the next month or so, it is probably a period of strategic opportunity for the Ukrainian army. Last week, the United States doubled the number of HIMARS assisted Ukrainian rocket launchers (HIMARS), also in order to cooperate with the willingness of the Ukrainian army to attack.

Under the consideration of this kind of counter-offensive, the Ukrainian side probably did not want to see the arrival of winter, and hoped that it would have more time to counter-attack.

In contrast, unless Russia uses nuclear intimidation, the snowfall in winter will be a great news for the Russian army.

Under the urgency of time, the scale of the Ukrainian counter-offensive has natural limitations.

On the front line of Kherson, the most optimistic view is that the Ukrainian army may be able to drive the Russian army out of the west bank of the Dnieper River and retake the city of Kherson.

However, the Russian army occupying the east bank will be able to defend according to the river, and the Kherson area to the east of the river is flat, with many Russian trenches, and it is not an easy place to attack.

After a winter, it will be even more difficult for the Ukrainian side to retake these territories.

(The following is a clip provided by the Ukrainian Ministry of Defense on October 3. The clip was taken in Zolota Balka, a small town on the west bank of the Dnieper River in Kherson, but the Russian news reported that the Ukrainian front line was about 25 kilometers south of this town. )

Our warriors from @ng_ukraine reported that the village of Zolota Balka, Kherson region, has been liberated.

On the front line of Luhansk, if the Ukrainian army can break through the Svatov-Kremina line, it will open the door for Ukraine to retake the hinterland of Luhansk.

However, if the Ukrainian army takes advantage of the momentum to attack the original front line before the Russian invasion on February 24 this year, the Ukrainian side will be surrounded by the Russian army in the east, north and south.

There is no doubt that the Ukrainian army has taken the initiative in the battlefield in the past month, but there is a fundamental difference between winning a war and winning a war. Clearly ready for a long fight.

The Ukrainian advantage at the moment may be reversed after the winter.

Why did Kissinger say "Russia has lost the war"?

The Russian-Ukrainian War | Who is the mastermind behind the Beixi explosion? 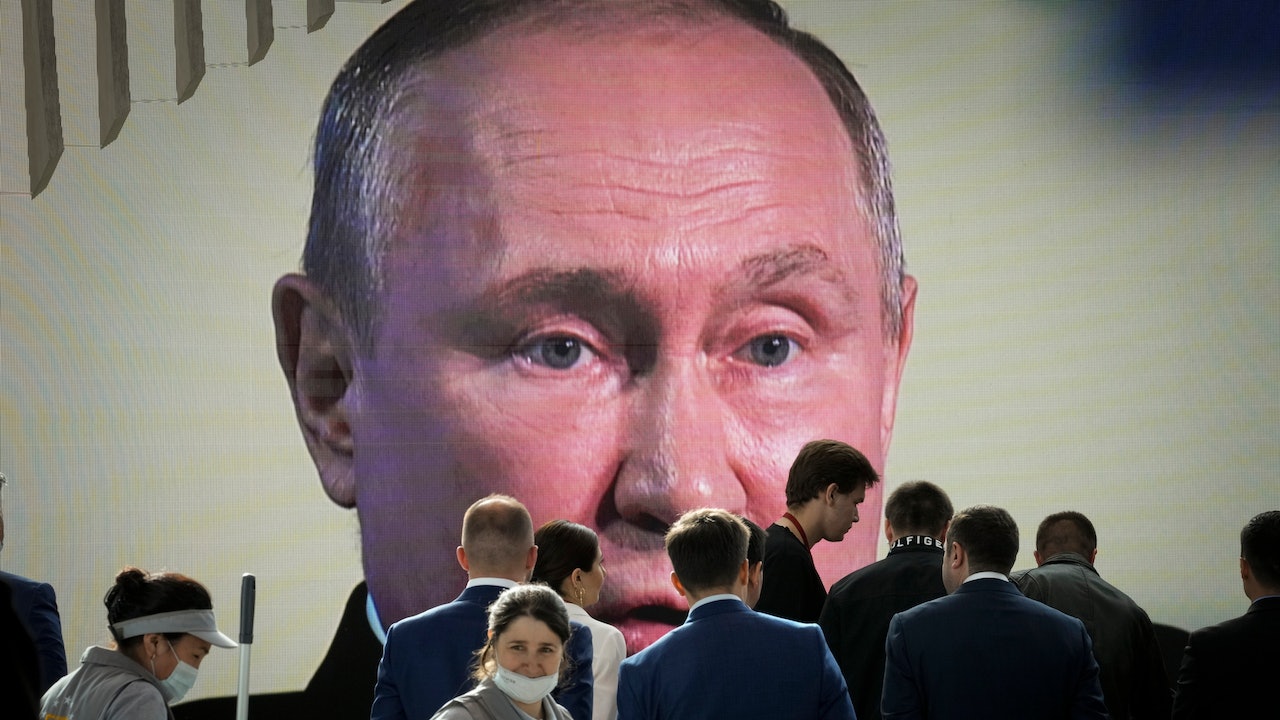 "The Minister of Defense should commit suicide": Putin's men are restless in the defeat of Russia and Ukraine on the front line 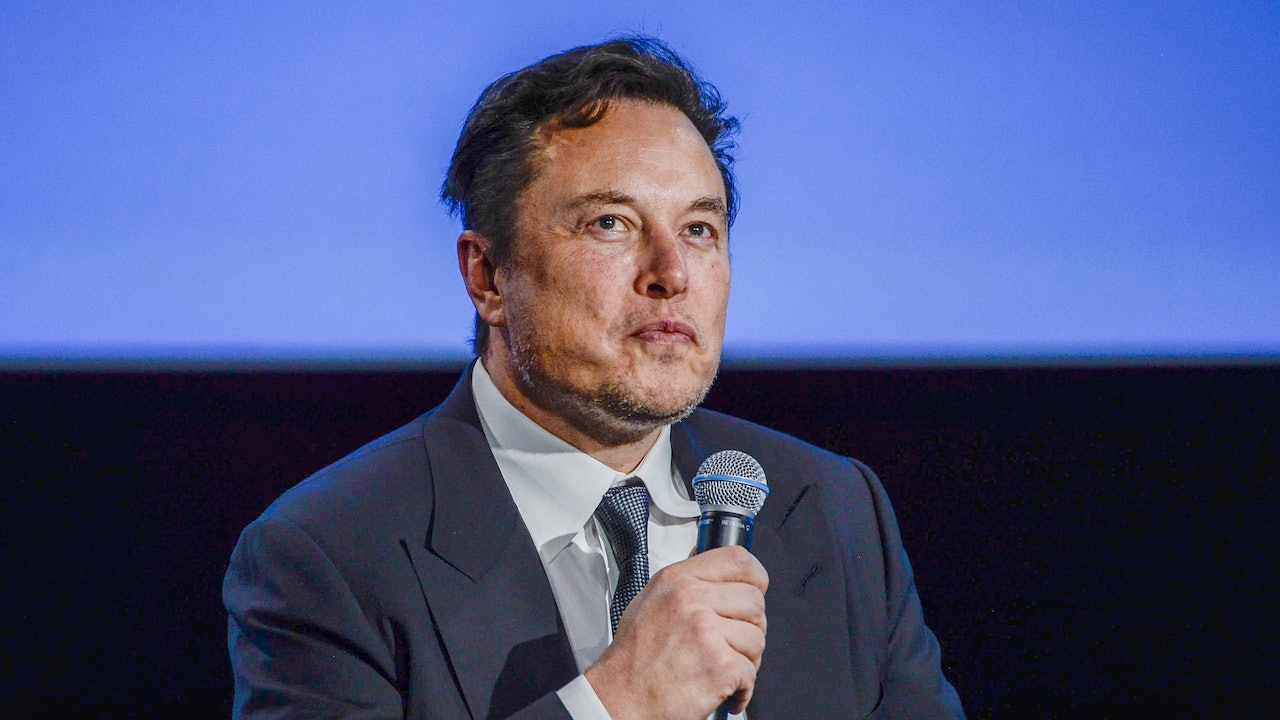 The first mention of the "four-point plan" for peace between Russia and Ukraine, why did Musk give up "one-on-one Putin"? 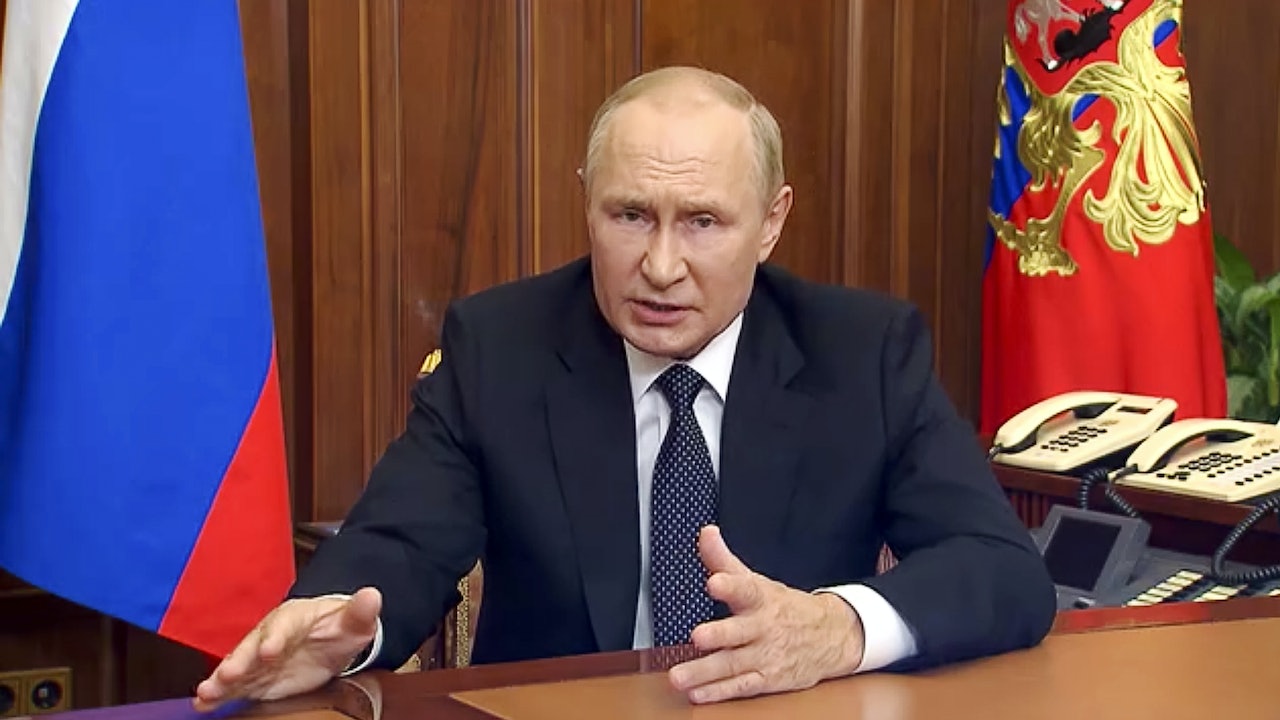 Putin escalates the war: Can the public investment in Russia and mobilization of 300,000 people to participate in the war reverse the war in Ukraine? 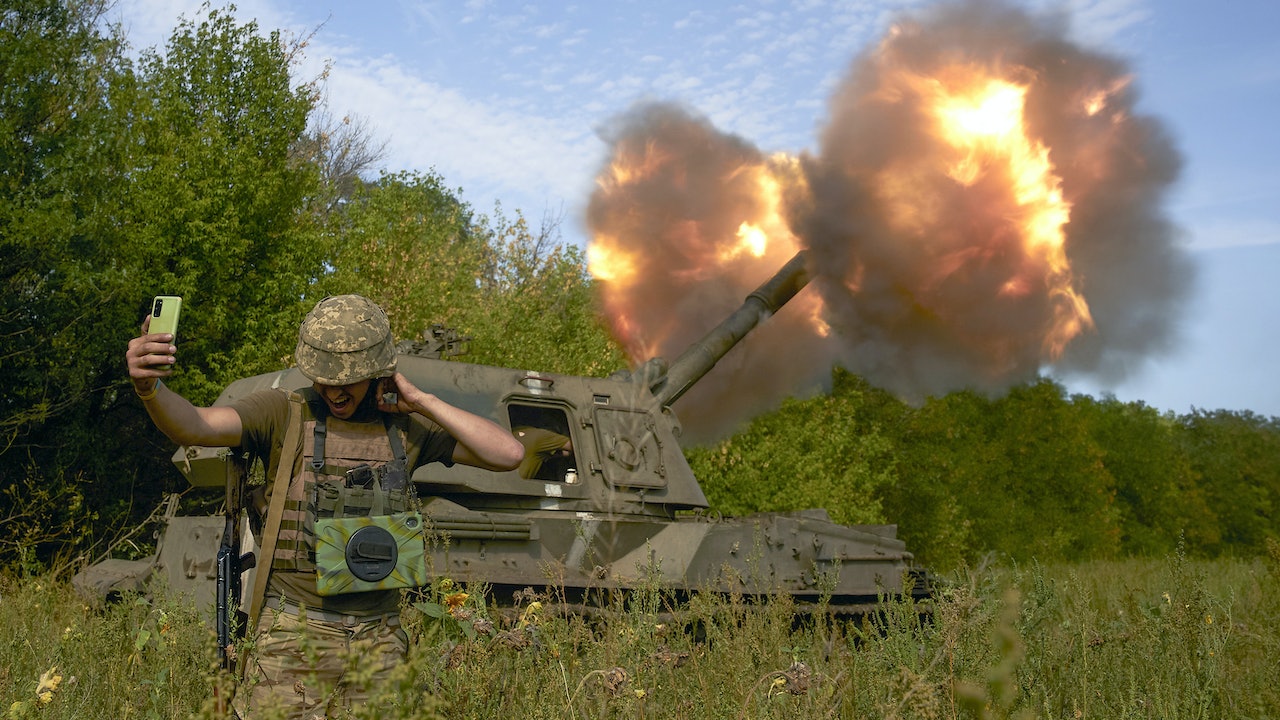 The situation in Russia and Ukraine | The Russian army suffered a heavy setback, but the Ukrainian army has not turned the tide of the war 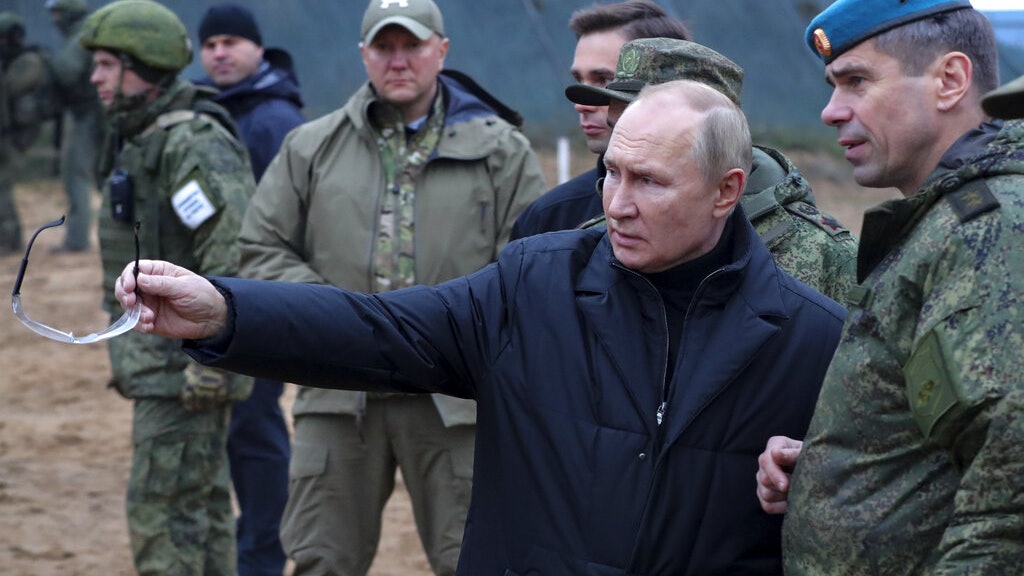 Russian-Ukrainian War | Political exchange or brewing offensive What message does the withdrawal of Russian troops from Kherson send? 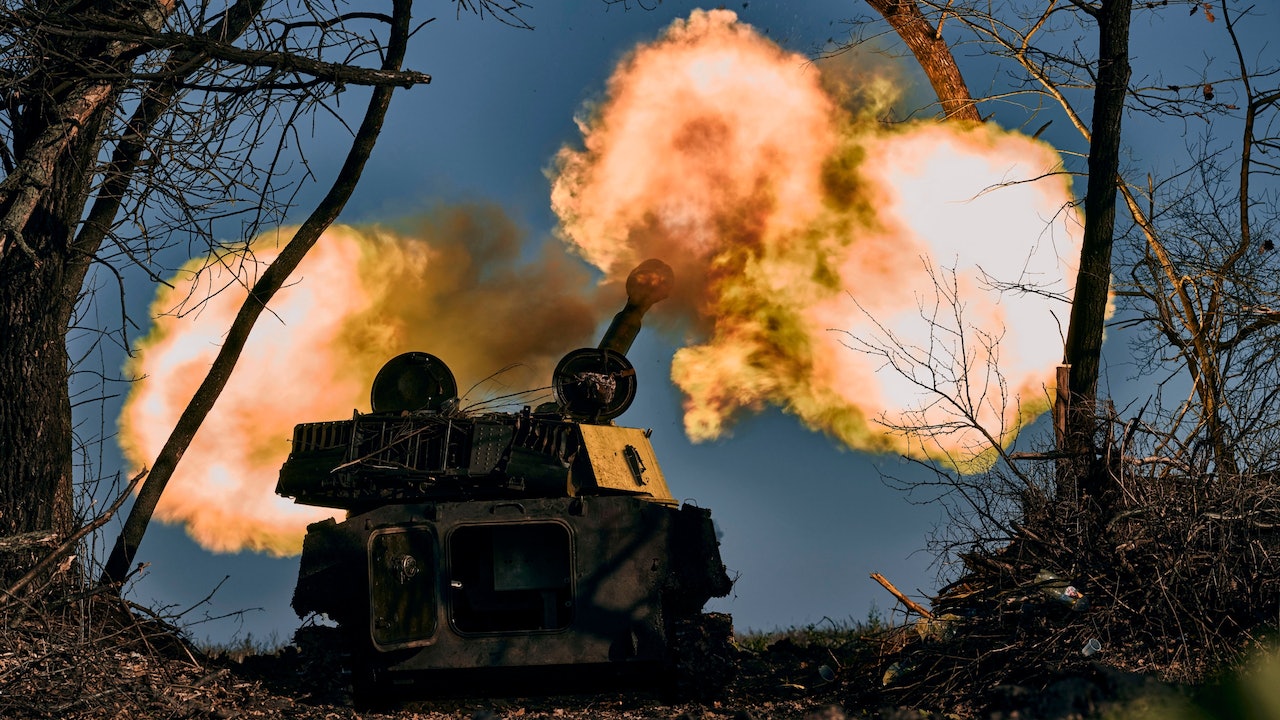 Is the withdrawal of Russian troops from Kherson a turning point? ｜Experts have something to say 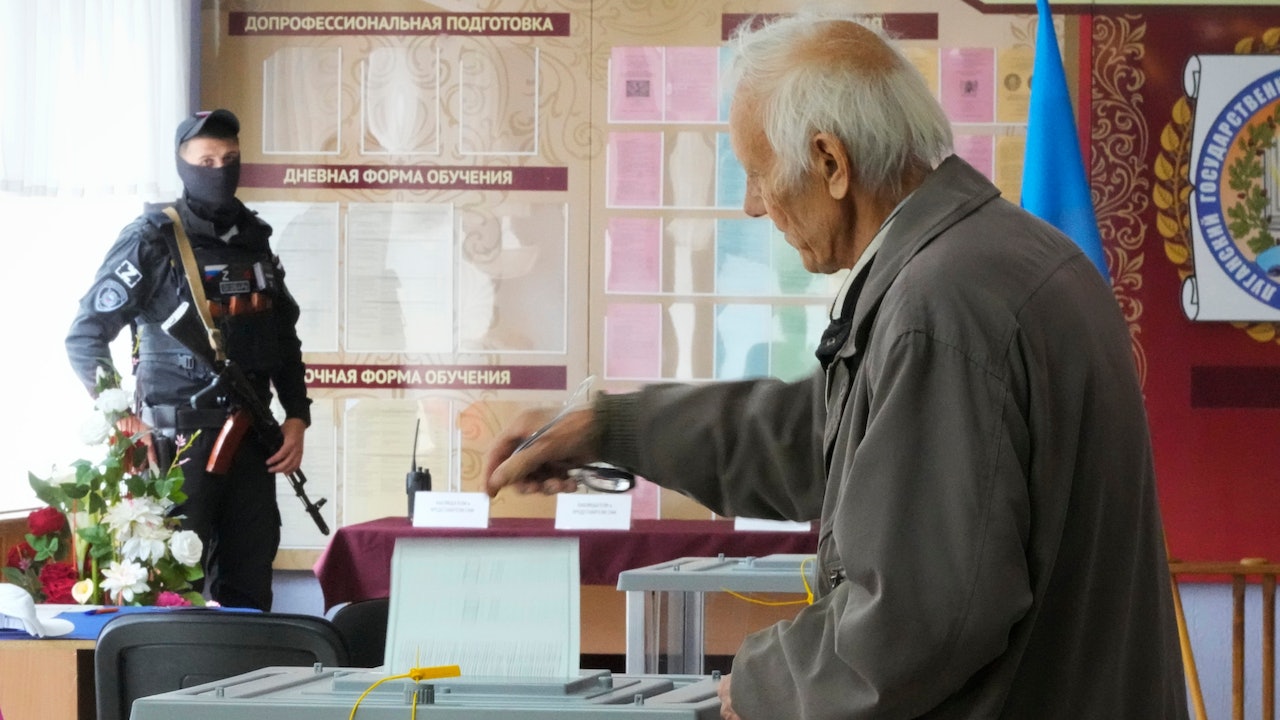 The Russian-Ukrainian War | Is the "going through the motions" of the Russian entry referendum to clarify Putin's ambition?