7 Medical needle-free paper︱The government argues that it refuses to accept non-repeal Jiang Yu and denounces language hypocrisy: what is the difference?

Jiang Yuhuan, a member of the Legislative Council Election Committee, severely criticized yesterday (4th) that the Medical and Health Bureau declared that the medical exemption certificates (commonly known as needle-free papers) issued by 7 doctors were invalid. There is no legal basis. 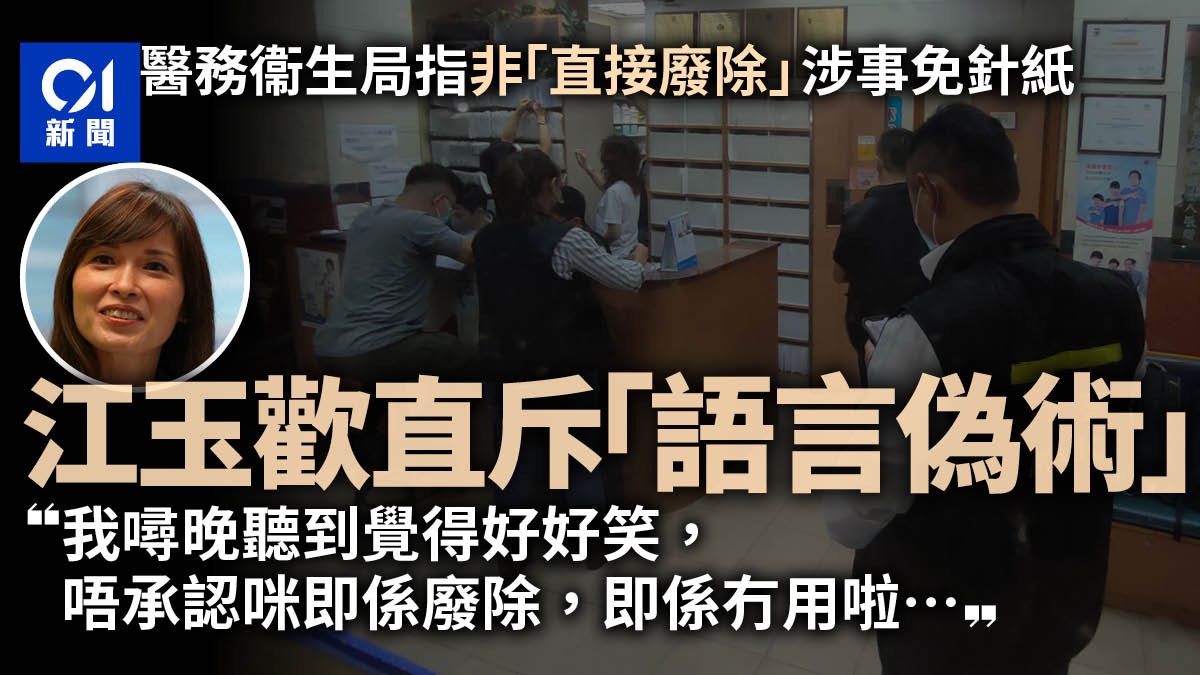 Jiang Yuhuan, a member of the Legislative Council Election Committee, severely criticized yesterday (4th) that the Medical and Health Bureau declared that the medical exemption certificates (commonly known as needle-free papers) issued by 7 doctors were invalid. There is no legal basis. "Arrogant" and "Broken the rule of law".

The Medical and Health Bureau replied to media enquiries on the same day that the refusal to accept the relevant exemption certificate as a certificate of "unsuitability for vaccination" is only an arrangement under the "vaccine passport", and does not mean that the government directly abolishes all medical certificates issued by the relevant doctors.

Jiang Yuhuan refuted the relevant claims on a commercial TV program this morning as "linguistic pseudo-art". The objective result is that more than 20,000 certificates with legal effect will be invalidated. There is no difference from the abolition, and the impact is far-reaching. He reiterates that the government must be clear Explain the legal basis and convince people with reason.

Chapter 599 No Clear Empowerment: Hong Kong is Presumption of Innocence

Jiang Yuhuan reiterated that the Prevention and Control of Disease (Vaccine Pass) Regulation (Cap. 599L of the legislation) does not clearly state that the Secretary has the power to abolish the power of exempting medical certificates, nor does it explain the circumstances under which the certificate will not be recognized, let alone the government It is possible to "catch all the 20,000-odd certificates in one go", which is untenable in terms of legal principles and may lead to lawsuits. The government must clarify as soon as possible the legal basis for "DQ" the more than 20,000 certificates in one go, so that the public can be relieved .

In response to the government's response that the invalidation of the certificate was only an administrative arrangement rather than "direct abolition", Jiang Yuhuan asked back, "What is the difference between non-recognition and abolition? If you use such a "linguistic pseudonym", everyone can think about it... I heard it late. I think it's funny. If you don't admit that the microphone is abolished, then it's useless. How about you play around with 20,000 cards at the same time as you order it?" She believes that Hong Kong implements the common law system, "It must be It is assumed that the person is innocent first.” The so-called “reasonable doubt” is very worrying. This is not a dangerous criminal offence. A single sentence of “reasonable doubt” can invalidate a large number of legal documents without proof. “I think This is a very serious incident, and if you can't say "reasonable doubt", you can infer that all 20,000 copies are not qualified."

Will it be JR for the public?

Jiang: This step should not be reached

When asked whether citizens would file a case on their behalf if they asked for assistance in judicial review, Jiang Yu, a lawyer, sighed: "If the government requires citizens to use JR (judicial review) for everything, even if the government wins, it has already lost. It's public opinion." She believes that the government must convince people with reason, "Everyone has the opportunity to make mistakes, and if they are wrong, it's just revisions."

The 20,000 needle-free paper will expire next week. Jiang Yu denounced the tyranny and no legal basis: Who broke the rule of law?

Demolition ︱ Jiang Yuhuan criticizes the Secretary for being "arbitrary" in the political circle and marvels at scholars: there is still limited space for daring parliamentarians 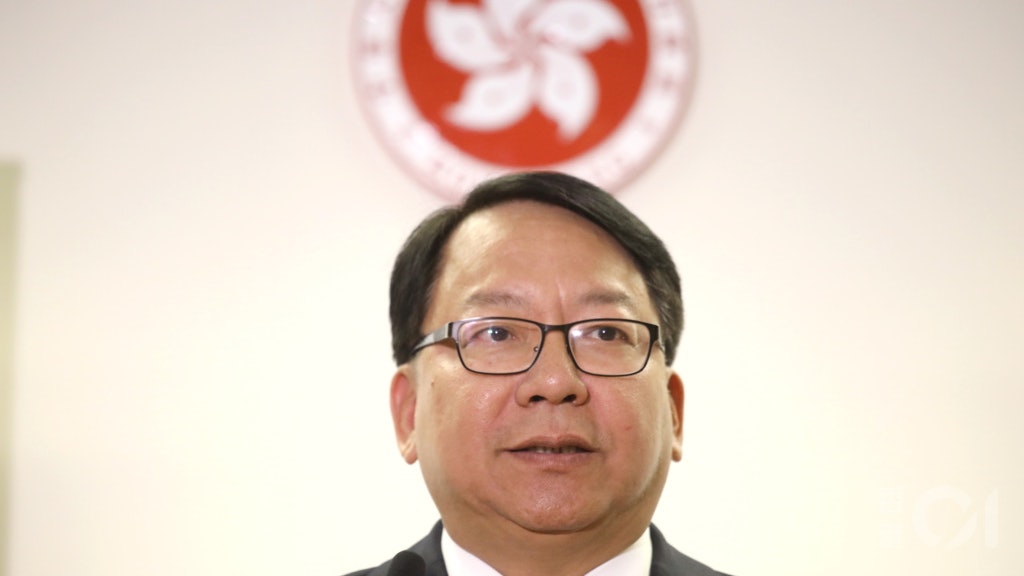 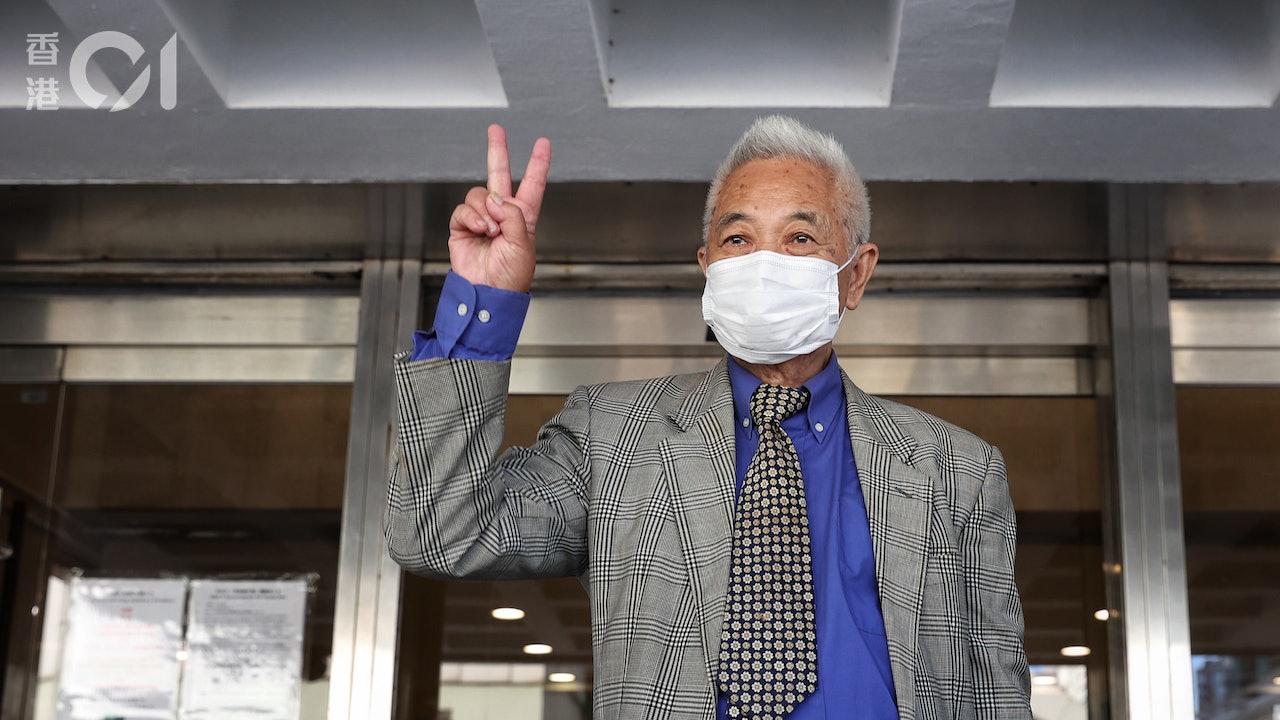 Needle-free paper case. Interpretation of the judgment | Officials say the government's interpretation seems to be playing with words to rewrite old descriptions 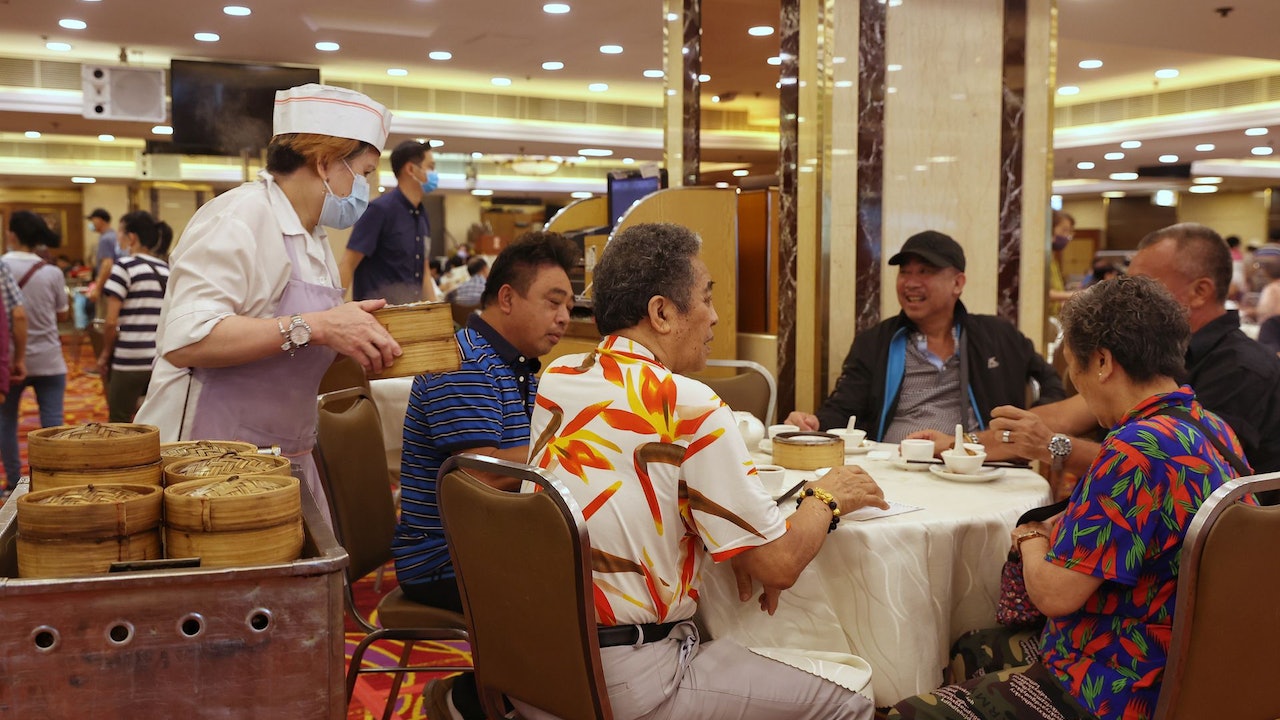 epidemic. Latest｜The limit for each restaurant has been increased to 12 people from today, and the bar has a maximum of 6 people per table

7 Medical needle-free paper︱The government argues that it refuses to accept non-repeal Jiang Yu and denounces language hypocrisy: what is the difference? 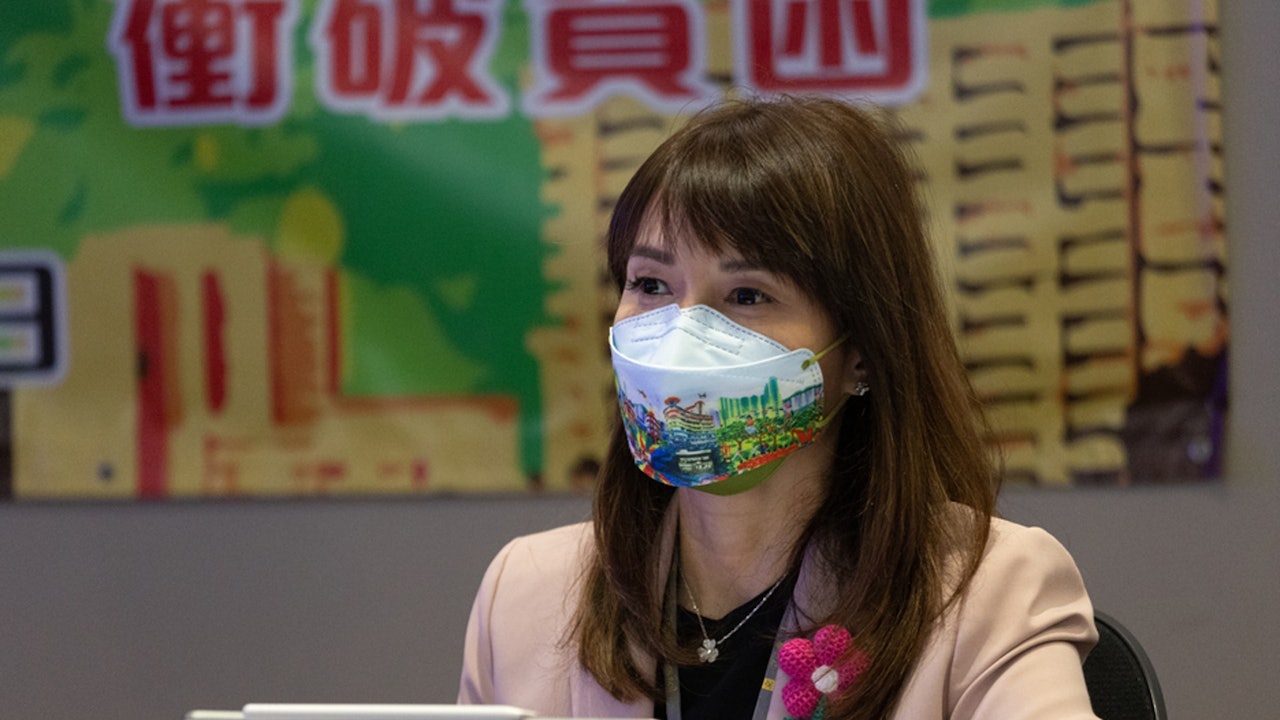 The government says it is not "direct abolition" of needle-free paper. Jiang Yu denounces language hypocrisy: what's the difference?