Charles III Passes State Banquet Crucible with Princess Kate as secret weapon Created: 11/24/2022, 3:01 p.m By: Annemarie Goebbel King Charles III hosted its first opulent state banquet for the South African President. Although the palace is under renovation, the guest of honor is likely to take home the best impressions of his visit to the kingdom. London – Preparations for the state banquet Although the palace is under renovation, the guest of honor is likely to take home the best impressions of his visit to the kingdom.

The preparations at Buckingham Palace lasted five days, but the king only drew his ace up his sleeve when the guests had arrived for the evening reception.

The result was something to be proud of, with plates lined up perfectly 45 centimeters apart.

But what made the evening unforgettable was the appearance of the Princess of Wales (40).

from British designer Jenny Packham's (57) 2021 bridal collection, but the back neckline was custom-made.

It was the most important performance of her career.

Not only did Kate spread glamor throughout the palace, which is also currently undergoing renovations, she also provided the President with a dazzling offer of entertainment.

You could see that Ramaphosa was completely charmed by the charm of the mother of three.

If he hadn't been impressed by the day's contingent of soldiers, 230 horses, seven military bands and two state carriages, Kate should have done so effortlessly in the evening.

An excerpt from the King's speech can be found on Instagram:

“South Africa and the Commonwealth have always been a part of my life.

My mother often recalled her visit in 1947, the year before I was born, when she gave her life to serve the people of the Commonwealth from Cape Town on her twenty-first birthday.

It is therefore particularly moving and special that you are our guest on this first state visit that we are hosting,” Charles informed the President.

Dinner in the magnificent ballroom of Buckingham Palace was the highlight

She drew everyone's attention, including that of the guest of honor of King Charles' first state banquet, President Cyril Ramaphosa, who was visibly impressed by the Princess of Wales (photo montage).

left, while the President sat at the table on the king's right.

Kate was assigned as his table lady.

So the state act ended as a highlight in the magnificent ballroom with an opulent dinner in the most pleasant way.

The palace's very personal statement on Instagram shows how important it is for the monarch's reign.

Charles and Camilla said goodbye around 10:30 p.m., according to a palace insider.

After that, the party was over for everyone else too.

The guests chatted briefly in small groups and then let the evening end quickly.

The South African presidential couple went to a nearby hotel.

Because of the renovation work, he could not move into any rooms there.

King Charles himself may have retired to Clarence House, the conversion also makes him a king without a palace. 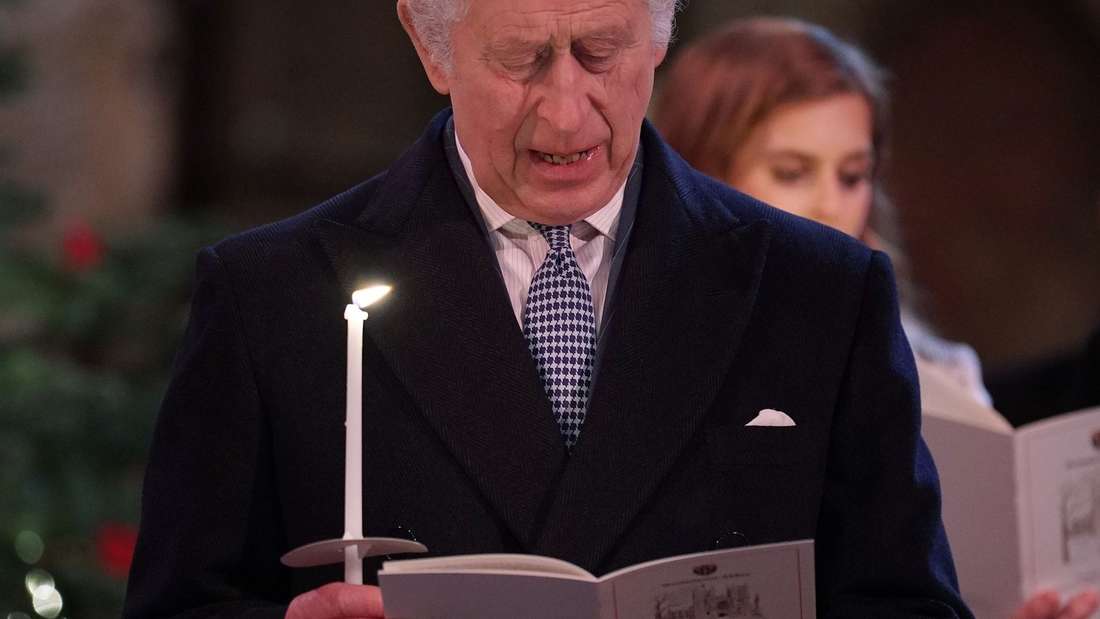