Everything is better with chocolate and these five recipes prove it

From squid in its ink to curd, a menu whose dishes, both savory and sweet, benefit from the rich nuances of cocoa 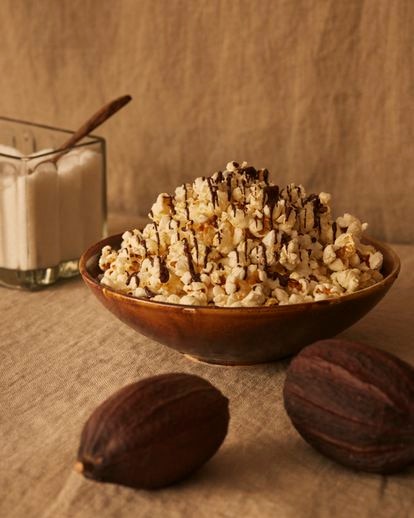 Although chocolate has always been associated with dessert, it adds zing to many other dining settings.

Playing with its cocoa percentage —the higher it is, the less sweet it will be and the more nuances it will provide—, we can add it to white meat, game or poultry stews.

It also benefits such seafood recipes as some squid in its ink.

In a sweet format, it serves as an ingredient or topping in pastries or in a simple curd.

Even without cooking, it offers tasty options: just serve it with some frozen grapes and a small glass of grappa.

Popcorn is a blank canvas that we can turn into a suitable snack for any setting and time of day.

This version can be used as an aperitif or as a snack, or to enjoy while watching a movie.

Heat a large casserole or skillet over high heat until very hot.

Add a good jet of oil and 30 seconds later the corn kernels in a single layer —if the container is not very large, do it twice.

Cover, leaving a small hole for the steam to escape.

When the popcorn begins to explode, lower the heat to medium and let it cook, occasionally stirring the container by the handles so they don't burn.

When the popcorn stops being heard, move to a bowl.

Melt the chocolate in a bain-marie or in the microwave at medium power in 20-second cycles.

Put it on the popcorn, painting lines with the help of a spoon;

season with Maldon salt and pepper, and serve.

Baby squid in its own ink. Caterina Barjau

Baby squid in its ink

A preparation whose flavor of the sea is enhanced thanks to the chocolate.

If we have one with almonds or hazelnuts on hand, we can increase the quantity a little and add it to the sauce, finely chopped: it will give it even more substance.

Make sure that all the squid are clean of guts and skin remains.

Put the tentacles filling the body of the squid.

Prepare a saucepan with a good jet of oil, salt, chopped onion and garlic in a wide saucepan over medium heat.

Peel the tomatoes, remove the seeds and cut them into cubes.

When the sauce has a golden color, add them and season with salt and pepper.

Let it reduce for a couple of minutes and add the white wine and the squid, letting it cook over low heat for 10 or 15 minutes (if the sauce begins to dry out, you can add more water or wine).

If the sauce is not stewed, leave it for a few more minutes.

Add the ink and blend.

Add the chopped chocolate and stir over low heat.

Return the squid and boil for three minutes.

Serve with chopped parsley, accompanied by rice or French fries.

Chocolate is a common ingredient in game dishes: wild boar, partridge, venison or hare stews usually include it in their sauces to accompany the powerful flavor of the meat.

If the rabbit that we are going to use is very large and we are afraid that it may be hard or tough, a previous marinade in the fridge for 24 hours with red wine and herbs will make our work easier.

Chop the rabbit, season it with salt and pepper and brown it in a large casserole with a little oil and the peeled and crushed garlic.

Remove the rabbit —reserve the liver separately—, add the chopped onion and carrots, salt and pepper, and cook over medium heat until golden brown.

Deglaze the casserole with the wine and add the herbs, the rabbit and 150 ml of water.

Cook over low heat for about 40 minutes, until the sauce is thick —towards the end of cooking we can uncover it to help evaporate the liquid, if necessary— and the rabbit is tender.

Remove the rabbit and the bay leaf, blend the sauce and add the grated chocolate.

Adjust the seasoning, add the rabbit and cook for 10 minutes to integrate flavors.

Serve with mashed potatoes and some chopped chives.

Curd sachets are an excellent resource for creating successful desserts in a very simple way, which we can make creamier by substituting part of the milk in the recipe for cream.

We can accompany them with pulp or pieces of fresh fruit, red fruit coulis or lightened jam with a little water or liquor.

Mix the curd sachets and half of the cold milk, and heat the rest with the sugar, cocoa and liquid cream.

When it is about to boil, add the curd mixed with the milk and bring it to a boil again, over low heat.

When everything is mixed and begins to thicken, add the chopped chocolate and mix until melted.

Pour into four molds and let cool for about 30 minutes at room temperature and then at least two hours in the fridge to set.

Serve accompanied by the semi-mounted cream and with the passion fruit on top.

The relationship between cocoa and chili may sound peculiar, but it has existed since the beginning of the cocoa culture, back in the Aztec Empire, where it was taken as a foamy, bitter and spicy drink.

We can prepare the simple syrup for this recipe with the same amount of water as sugar, heating over a very low heat until the sugar melts without actually taking on color.

800 ml of whole milk, 120 ml of aged rum, 2 or 3 tablespoons of cocoa powder, simple syrup to taste, a teaspoon of dried chili flakes —or to taste—, orange peel or tangerine.

Heat the milk with the chili flakes in a saucepan over a very low heat, without letting it boil.

Let them infuse until the milk is cold again and then in the fridge for a while longer.

Strain, heat again and - if possible - beat the milk to get foam.

Separate the foam to decorate and beat the milk again with the rum, cocoa and syrup to taste.

Serve in four cups or glasses and decorate with the milk foam and orange or tangerine zest (if you want, add a twist of its skin).

Cut and save: gluten-free recipes in Shufersal magazine - voila! Food

5 sweet recipes that are fun to make with the kids - Walla! Food 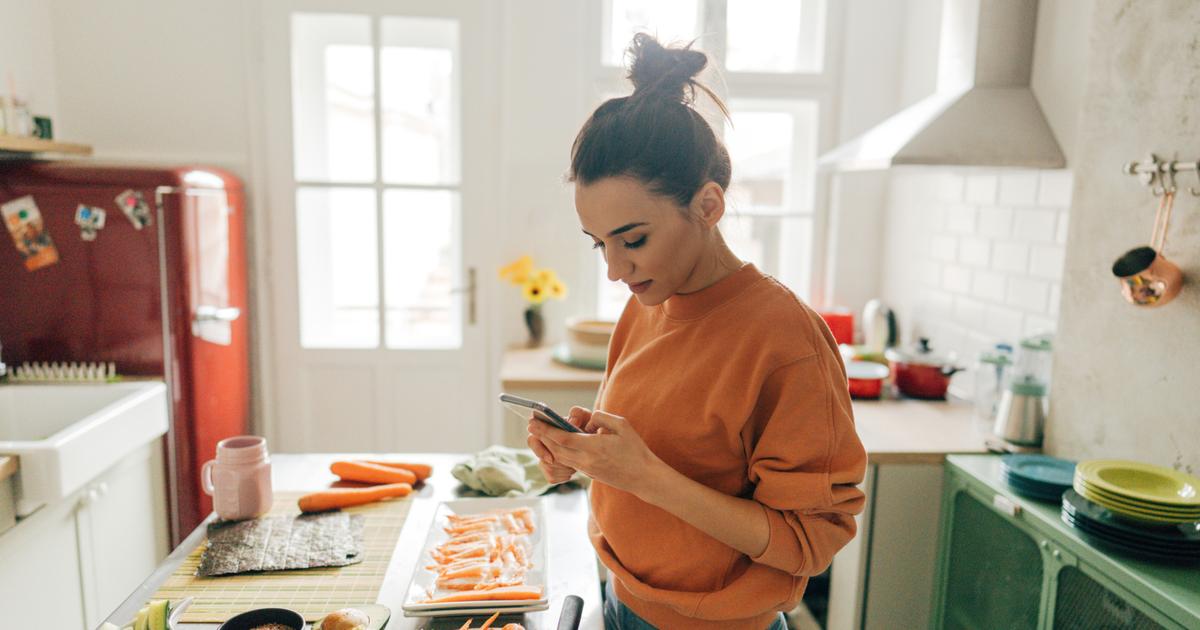 Chocolate cookies without flour and without added sugar - voila! Food

There are lots of recipes for chocolate cakes, but we had to choose the 6 best - Walla! Food

The SAR Government and the Liaison Office of the Central People's Government held a symposium on the theme of the Constitution and the New Era and New Journey on Sunday
2022-11-29T09:09:23.060Z