Nine months after the start of the conflict in Ukraine, Russian hopes of a quick conquest have faded, and a truce would give its army another chance. 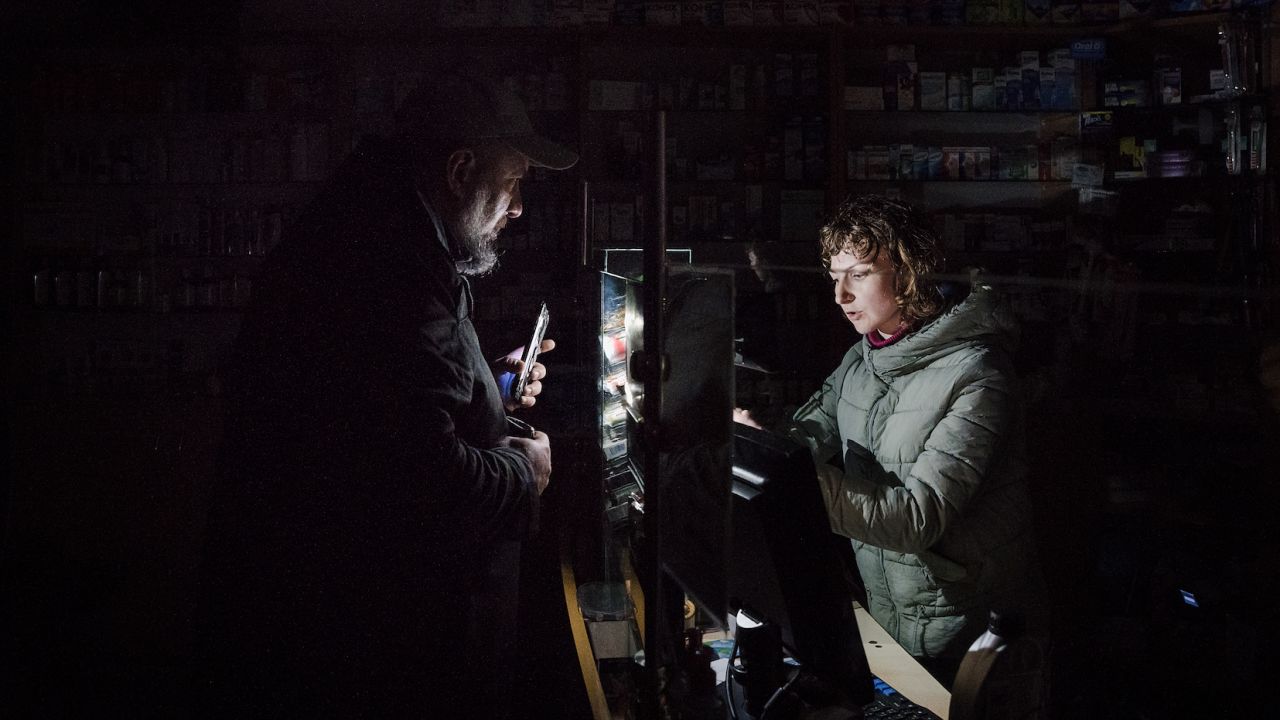 Is the end of the war in Ukraine near?

David A. Andelman, CNN contributor, two-time Deadline Club Award winner, Knight of the French Legion of Honor, author of "A Red Line in the Sand: Diplomacy, Strategy, and the History of Wars That Might Still Happen" and has a blog, Andelman Unleashed.

He was previously a correspondent for The New York Times and CBS News in Europe and Asia.

The opinions expressed in this article belong solely to its author.

A truce now in the war in Ukraine would essentially mean victory for Russian President Vladimir Putin.

Nine months into the conflict, Russian hopes for a quick conquest have faded, with its army largely on the defensive in more than 900 kilometers of battle lines across eastern and southern Ukraine.

In fact, a truce or negotiations may be the only possible path to victory at the moment for the Russian leader: his troops are depleted and arms supplies dwindle.

At the same time, the will of the West is wavering, which could prove equally toxic for Ukraine, and is something Putin is almost certainly counting on.

"The only thing that a premature truce does is that it allows both sides to rearm," Michael Kofman, director of Russian studies at the CNA think tank and a leading expert on Russia's military, told me in an interview.

"And since Russia is the most disadvantaged now, it will benefit the most and renew the war. So the only thing that a truce achieves is the continuation of the war. It would not solve any of the underlying problems," he added.

According to experts, Russia is already beginning to rearm.

The "availability of ammunition" was one of the "most determining aspects of this war," Kofman said.

"If 9 million rounds are burned, they cannot be made in a month. So the question is what is the rate of ammunition production and what can be mobilized," he added.

Kofman cited available information showing that the manufacture of ammunition, which has been the staple of trade so far on the Ukrainian front lines, has gone from two, and in some factories to three, shifts a day in Russia.

This suggests that "they have the components or else they wouldn't do double and triple shifts," he said.

However, some senior US and Western officials seem eager, or at least prepared, to push for a truce and negotiations at this time.

"When there is an opportunity to negotiate, when peace can be reached, seize it. Seize the moment," General Mark Milley, chairman of the US Joint Chiefs of Staff, said recently.

But the President of Ukraine, Volodymyr Zelensky, does not buy it.

"We will not allow Russia to wait and build up its forces," he told the G20 meeting in Bali earlier this month.

As Ukrainians brace for a brutal winter of Russian attacks on critical energy infrastructure, it is not surprising that they are wary of diplomatic spats.

At a Lviv pharmacy, a man uses the light on his phone to help the pharmacist find products amid blackouts on November 16.

"You're sitting in your own house, the killer comes to your house and kills your wife, rapes your daughter, takes the second floor, then opens the door to the second floor and says, 'OK come here. Let's negotiate.' What would your reaction be?"

The reality is that any truce, linked to negotiations or not, has little real value.

A truce gives Russia, which is increasingly between a rock and a hard place militarily, a vitally needed respite.

"In addition to giving the Russians time to regroup and rearm, more importantly it would take the pressure off their forces at this time," General Mick Ryan, a fellow at the Center for Strategic and International Studies, told me in an email exchange. electronics.

"They have been hard at work for nine months. Their strength is exhausted."

"We know, and the Russian commanders on the ground know, that their supplies and ammunition are running out," Fleming said.

Things have not improved for the Russians since then.

On Monday, the UK Ministry of Defence, which provides some of the most up-to-date and accurate data on the Russian military in Ukraine, reported that "Russia's defensive and offensive capabilities continue to be hampered by severe shortages of ammunition and qualified personnel. ".

And the French newspaper Le Monde has carried out a major analysis using on-the-ground videos and satellite images showing that "Russia's stockpiles of weapons and ammunition have been severely affected by Ukrainian targeted attacks."

The images showed that "in total, at least 52 Russian ammunition depots have been attacked by the Ukrainian military since the end of March 2022."

It is a good part of the 100 to 200 Russian tanks that analysts believe are on the Ukrainian front, according to the report.

The problem is that the Russians have largely caught on to this threat.

"The Russians appear to have adapted to the HIMAR [US-supplied artillery] presence on the battlefield by moving their large ammunition caches out of reach," Chris Dougherty, a senior fellow at the Defense Program, told me in an interview. and co-director of the Gaming Lab at the Center for New American Security in Washington.

That is "basically any large command post or ammunition depot that they pulled out beyond the 50-mile range," he explained.

And in many cases, right inside Russian territory, which Ukraine has assured Washington it would not attack with US-supplied rocket systems.

Dougherty and many other experts, however, believe that, truce or no truce, the West needs to scale up Ukrainian capabilities.

Now, having been pushed around by Ukraine's autumn offensive, they "have a smaller front" to defend.

And, he added, the Russians are "willing to exchange mobilized soldiers and artillery shells."

The Russians hope that "over time, NATO and the Western allies and the Ukrainians will not be willing to continue to make those exchanges. And it will eventually push them to negotiate. That, I totally believe, is Putin's bet," Dougherty said.

That said, history shows that any kind of truce with Putin from the negotiations would be meaningless.

As Poroshenko observed: "From my personal experience in communicating with Putin: point number one, please don't trust Putin."

Certainly he will not adhere to any deal if he does not stick to his ultimate goal of taking control of Ukraine.

The reality is that the US and the Western alliance need to look as far into the future as Putin and those in the Kremlin who could succeed him.

The key question here is: how long will the commitment to fight persist?

The thinking of the Russians, Dougherty observes, is: "We can stabilize the front and see who can hold out the longest, the Ukrainians, NATO, the United States."

But at some point, they will also get tired of this war, he added.

And the Russian mentality can become "we may not have everything we wanted. But we will have a big part of Donbas and annex it to Russia and keep Crimea. And I think that's their bet right now."

At the same time, a truce would also allow the West to rebuild rapidly depleting stockpiles that have been drained by materiel shipped to Ukraine, and even improve what has been supplied.

But if the war were to resume in a few months or years, one wonders if the United States and its allies would be willing to return to a conflict that many are beginning to wish was over. 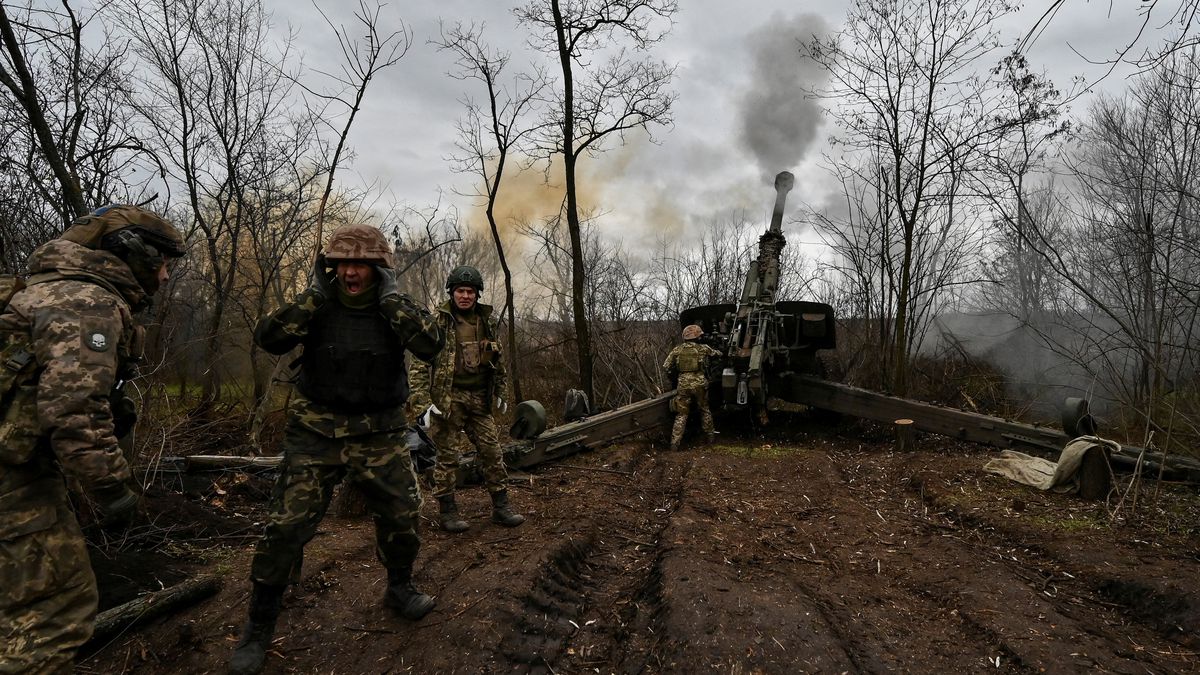 Ukraine rejects Russia's ceasefire proposal: "We will hit you in the dead of night" 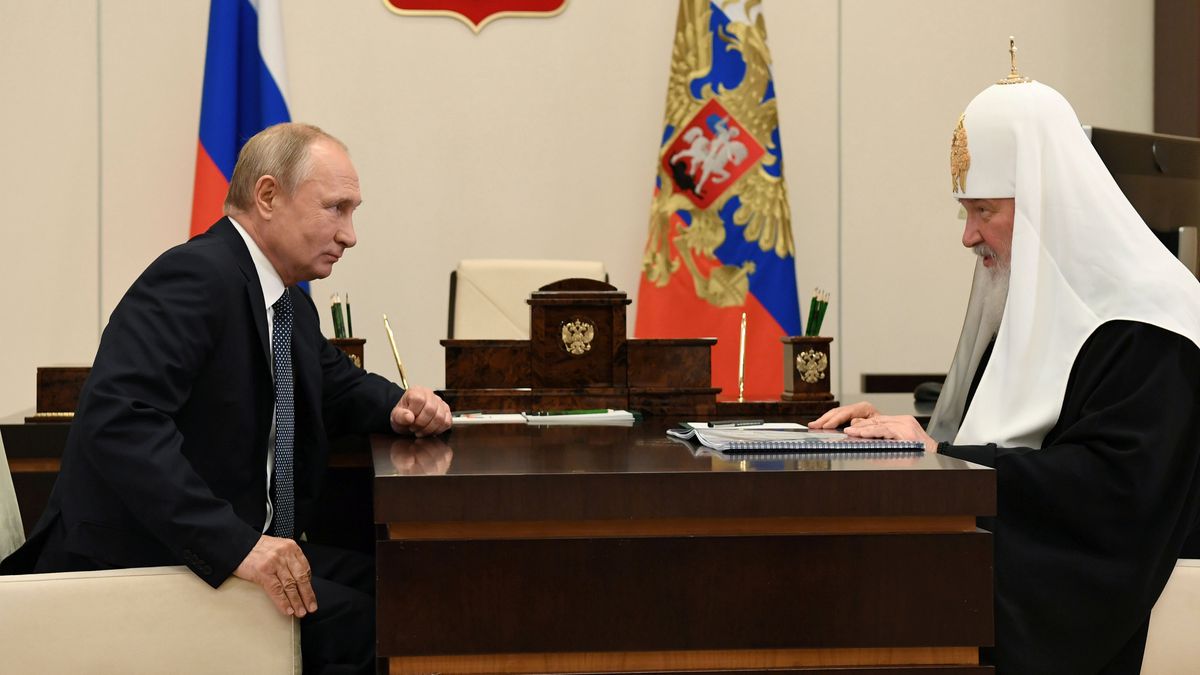 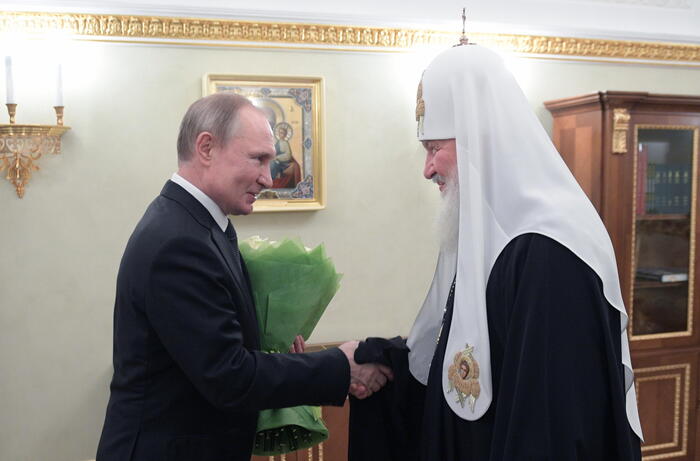 Ukraine: USA, Russian truce is 'cynical'. Moscow is only looking for 'oxygen' 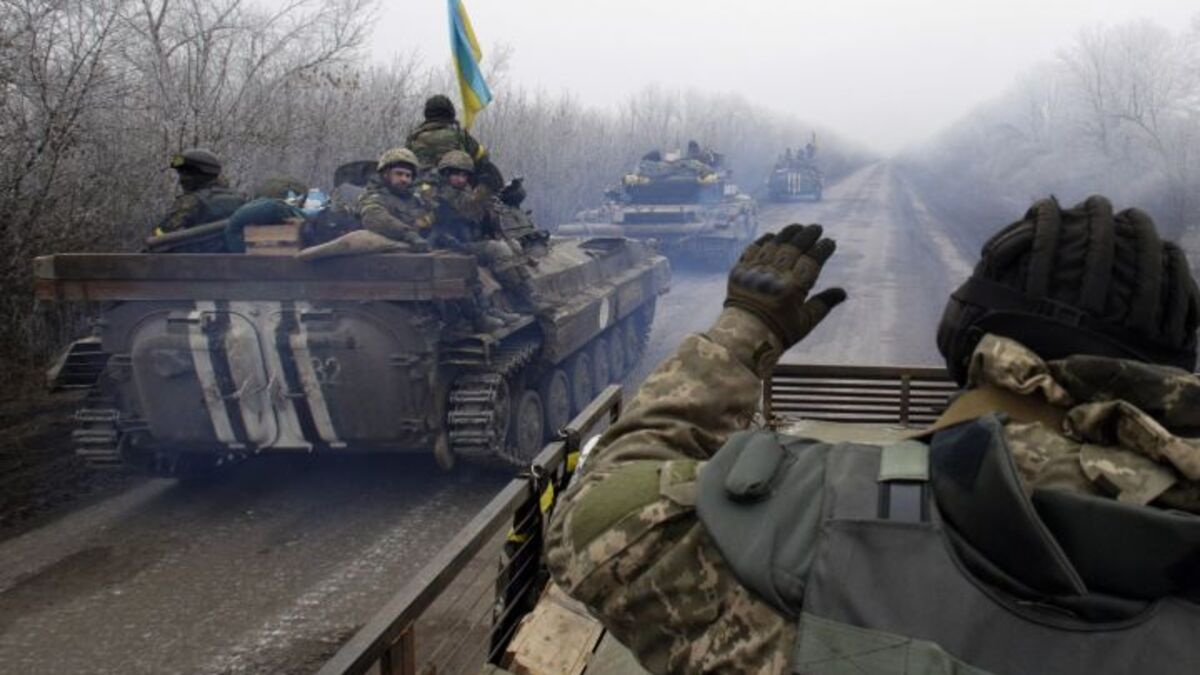 Ukraine: the ceasefire announced unilaterally by Moscow is not respected 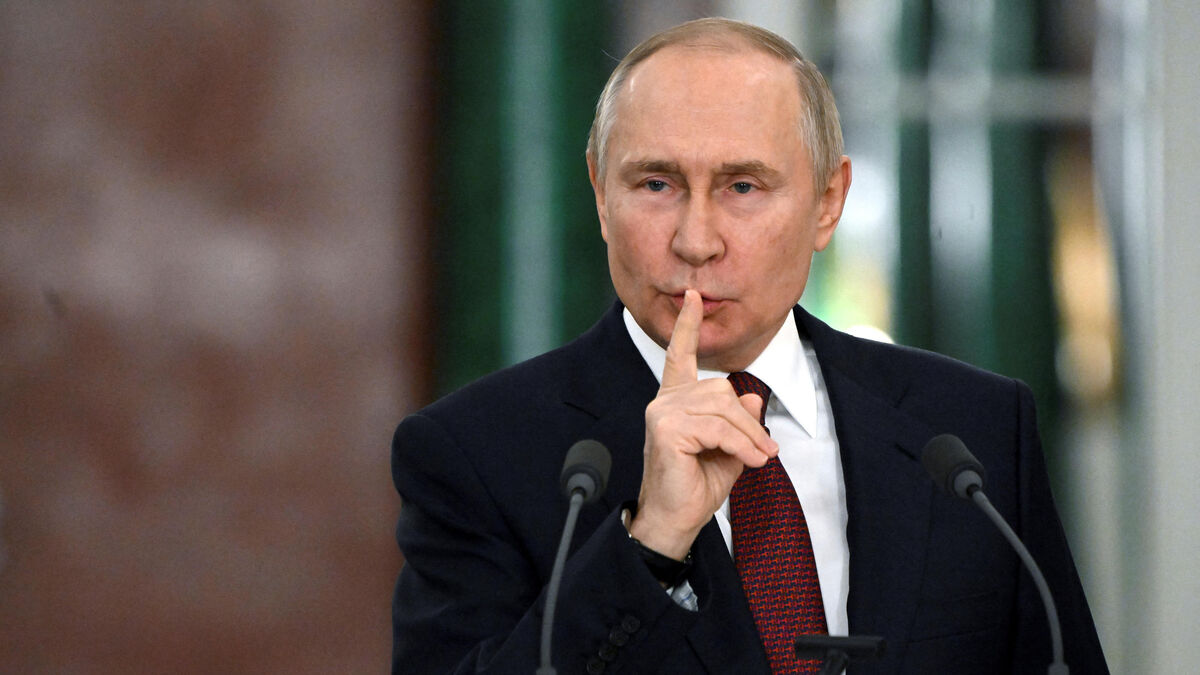 War in Ukraine: Putin orders a ceasefire on January 6 and 7 for Orthodox Christmas 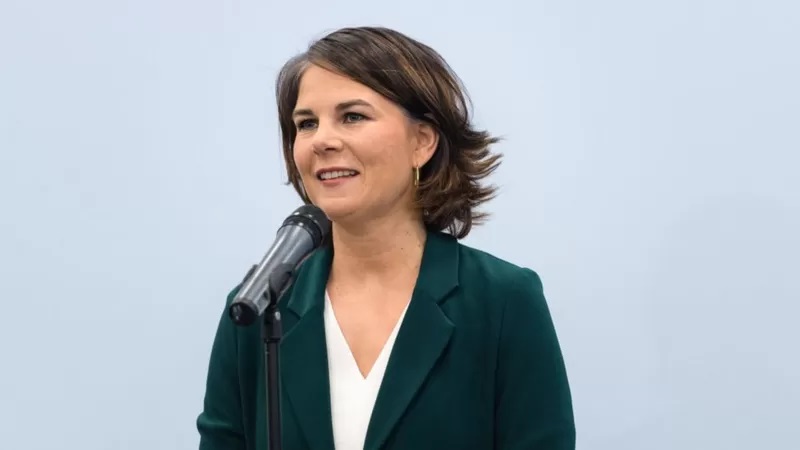 German Foreign Minister: There is no hope for a quick truce in Ukraine 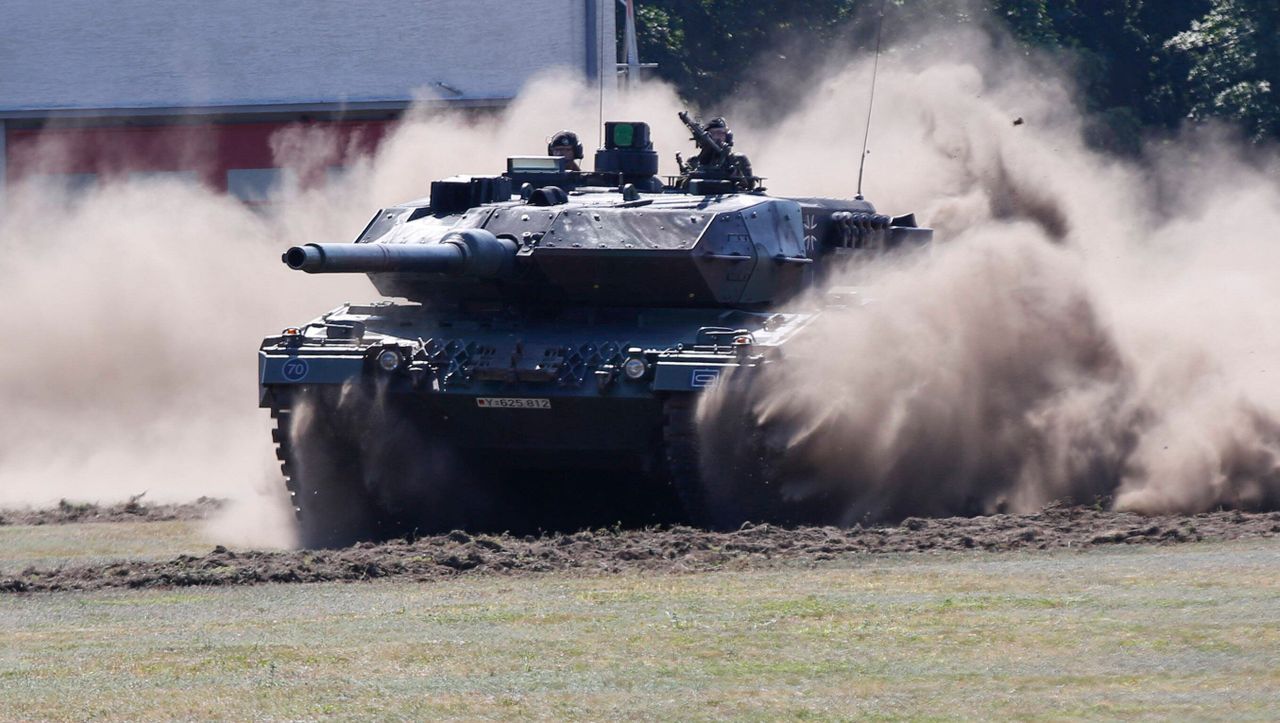 Opinion: It's Time To Turn the Tables on Moscow