The situation in the morning - the Taiwanese and their love of democracy, the Ukrainians and their desire for a tribunal, the ban on plastic bags, which is of little use

Taiwanese celebrate their democracy. Ukrainians want justice. And: There is far too much plastic in our lives – despite the ban on bags. That's the situation on Saturday.

The composure of Taiwanese in the face of threats

And if you are now wondering whether at the end of a week as a reporter you have completely lost your mind that you are bothering your readers with such a message - then I can tell you: it is only less important at first glance.

The conflict over Taiwan has escalated dramatically in recent months.

China, which sees Taiwan as a breakaway province, is striving for "reunification."

At the Communist Party Congress in late October, Xi Jinping said that if necessary, this should be done by force.

But Taiwan is sticking to its democratic course and is really celebrating its democracy.

Pictures from the election campaign show candidates square dancing, standing in front of toilets and promising more public toilets, you can see giant inflatable kites and fish that attract a little more attention and good humor than an old ballpoint pen with the party logo.

»I have never seen a country in the world where people are as enthusiastic about their democracy as they are in Taiwan.

That really impressed me during my visit,” says my colleague Katharina Graça-Peters.

She recently visited Taipei and in our current issue describes how people deal with the threat and how they have learned to live with it.

She has met people who rave about their democracy with enthusiasm and pride.

And people who calmly go about their lives in everyday life.

A young woman says, "Where should we go?

We are an island.«

Ukrainians' hope for justice in the face of war

Almost from the beginning of the attack on their country, Ukrainians have been pushing for a new international tribunal to investigate Russian President Vladimir Putin and the Russian leadership.

To promote this, a delegation from Ukraine will set off for the West next week.

The delegation, which will include MPs and representatives from the State Department, will travel to France, Germany and the United States to secure support for the project.

The trip to Berlin is scheduled for next Thursday.

The idea behind the project is that the Russian President and his closest circle must go to the dock.

The International Criminal Court in The Hague is already investigating Russia for war crimes and crimes against humanity, among other things – but this is supposed to be about something else.

My colleague Ann-Dorit Boy had already spoken to President Volodymyr Zelenskyy's Deputy Chief of Staff Andriy Smirnov about the Ukrainian idea in the summer, and he said that his country was dealing with the "crime of aggression".

The "mother of all crimes," as Smirnov put it, is easier and quicker to prove than other wartime crimes.

They are not "only" concerned with the war crimes, but with the attack itself.

Ukrainians, too, should know that the world is unlikely to see President Putin in a dock.

Well, hardly anyone believed that Ukraine would be able to put up such resistance.

Nevertheless, it is questionable whether the "big" countries will support the project.

Presumably also out of concern that any negotiations would then be even further away than they are now.

Incidentally, the USA itself does not recognize the International Criminal Court (Russia and Ukraine are also not member states), so it is questionable whether they will then believe in the idea of ​​a »Ukraine tribunal«.

our next SPIEGEL backstage event will take place:

»Political drama instead of a football festival?

How SPIEGEL reporters experience the World Cup in Qatar«

The event is exclusively for subscribers, but we are giving away ten free entries.

If you are interested, please write to: info@events.spiegel.de, subject: SPIEGEL Backstage Raffle.

If you are already a subscriber, you can register directly here.

Questions can be asked here in advance.

Two years ago today, the Bundestag decided that plastic bags should be banned, and the ban has been in force since the beginning of this year.

The aim was to reduce plastic waste in this way.

However, as with everything else in life, the devil is in the details.

As a situation clerk you learn to appreciate this devil.

If, like me, you were wondering why plastic bags are still available in the so-called "checkout" area of ​​some supermarkets and other shops, the ban applied to lightweight plastic bags - but not to anything heavier, nor to those very thin ones that are in the fruit and veg department (and which some people use as a checkout bag substitute for their groceries).

The numbers are significant.

Before the ban, everyone in Germany used 59 bags a year.

And those very thin bags, from the fruit and vegetable section, are the ones that are used the most, but they are not forbidden either.

Bags are obviously only a very small factor in environmental pollution.

It seems to me that we are cheating ourselves with cheating laws and bans around the painful realization that it will not work without renunciation and downsizing.

The starting question today: Where did the foreign ministers of the G-7 countries meet in November 2022?

I wish you a good start into the day and a nice 1st Advent. 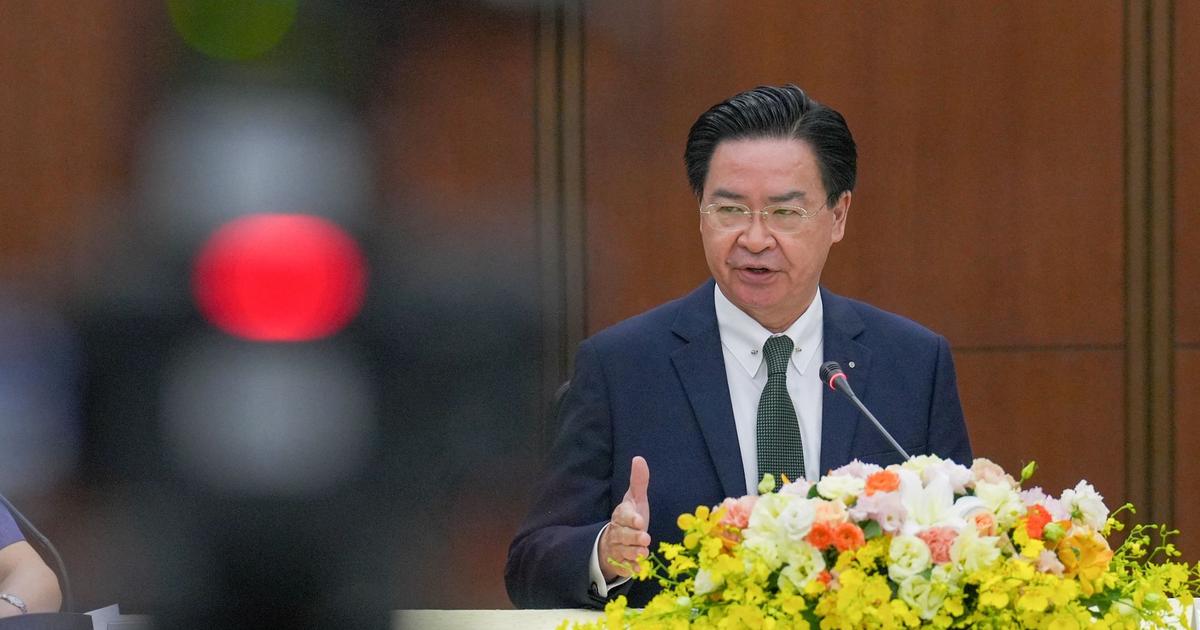 Taiwanese Foreign Minister Le Figaro: “Taiwanese are ready to fight for their freedom” 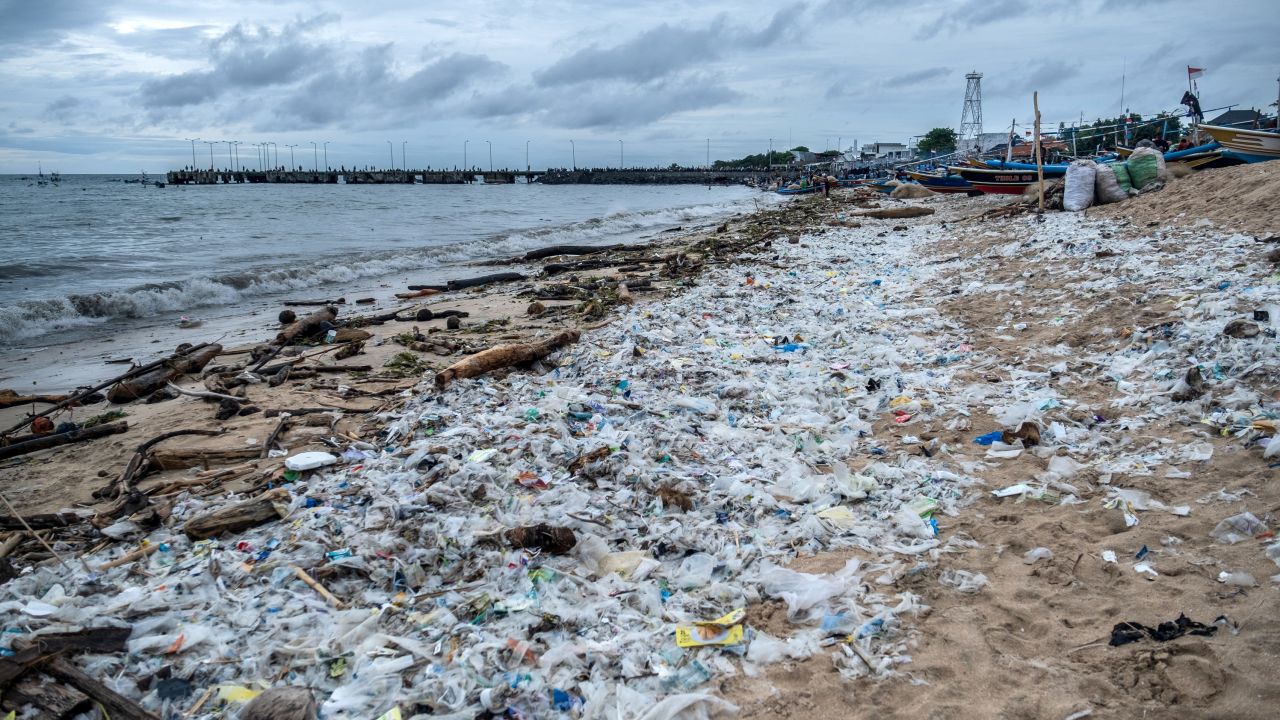 The world generates more single-use plastic waste than ever before, according to a report 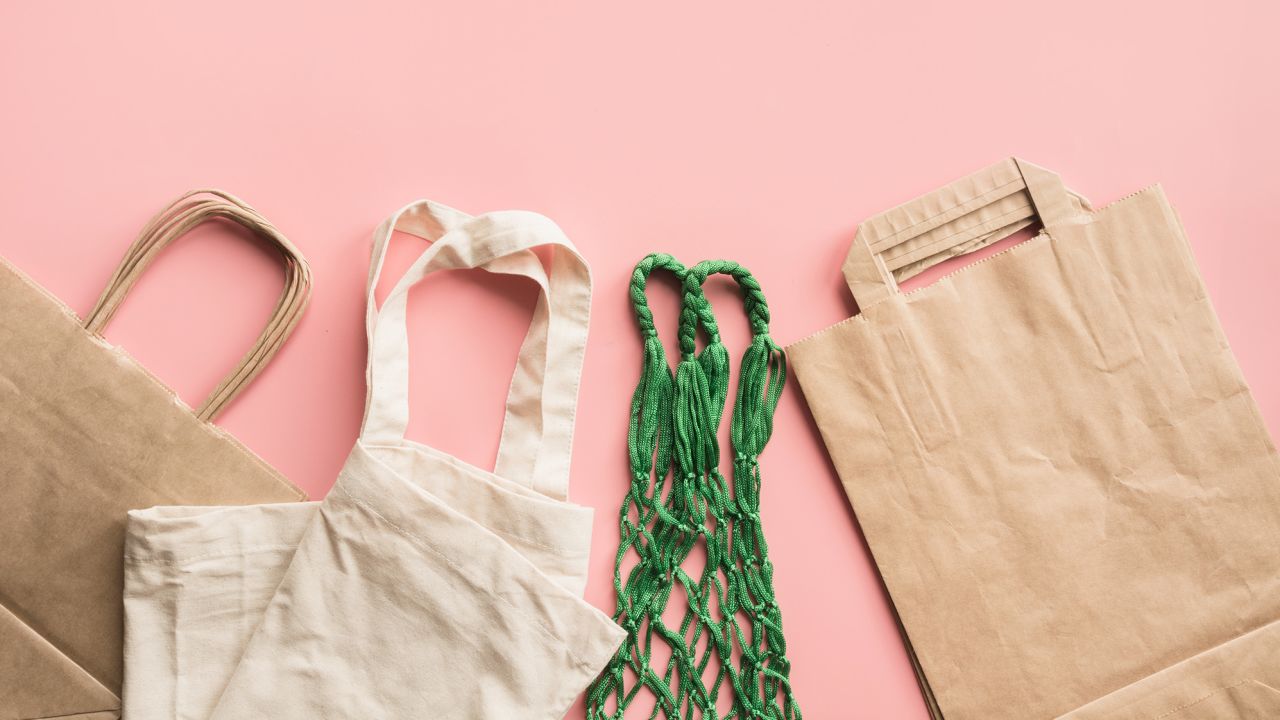 How many times do you have to use reusable bags to make it sustainable? 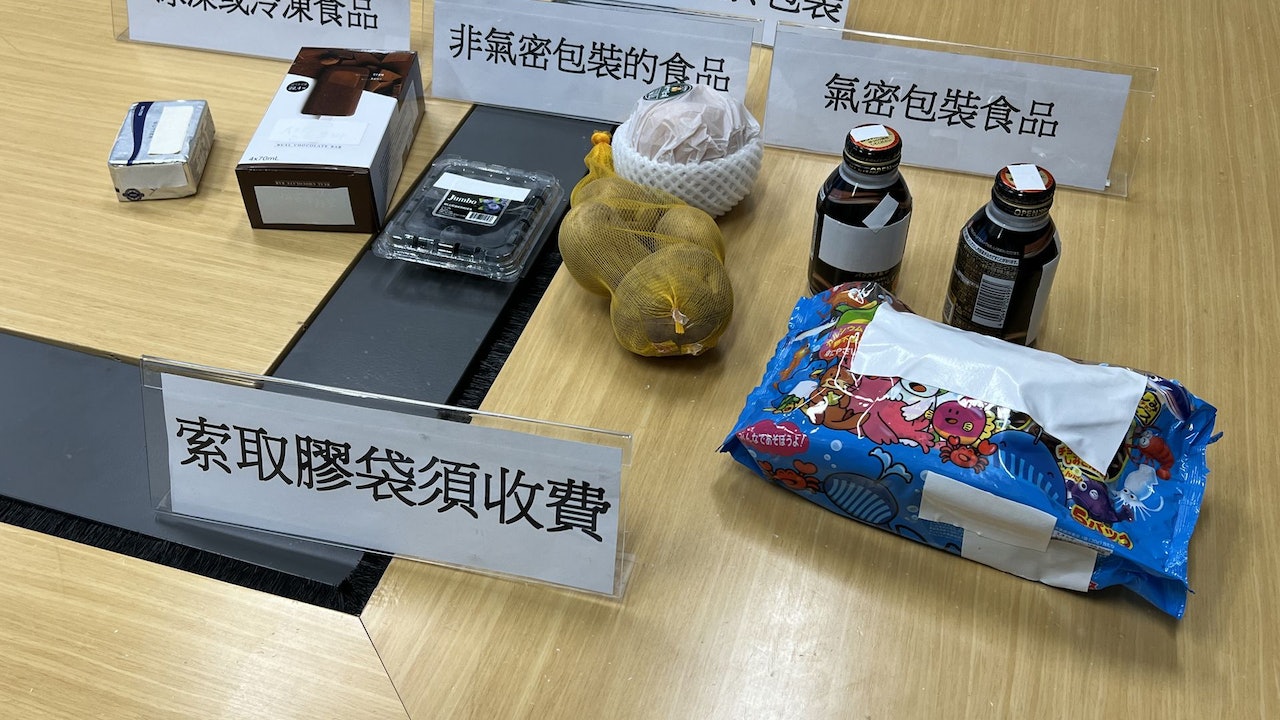 Plastic bag levy︱From 12.31, it will be raised to 1 yuan for frozen food, no longer free and the scope of exemption will be tightened 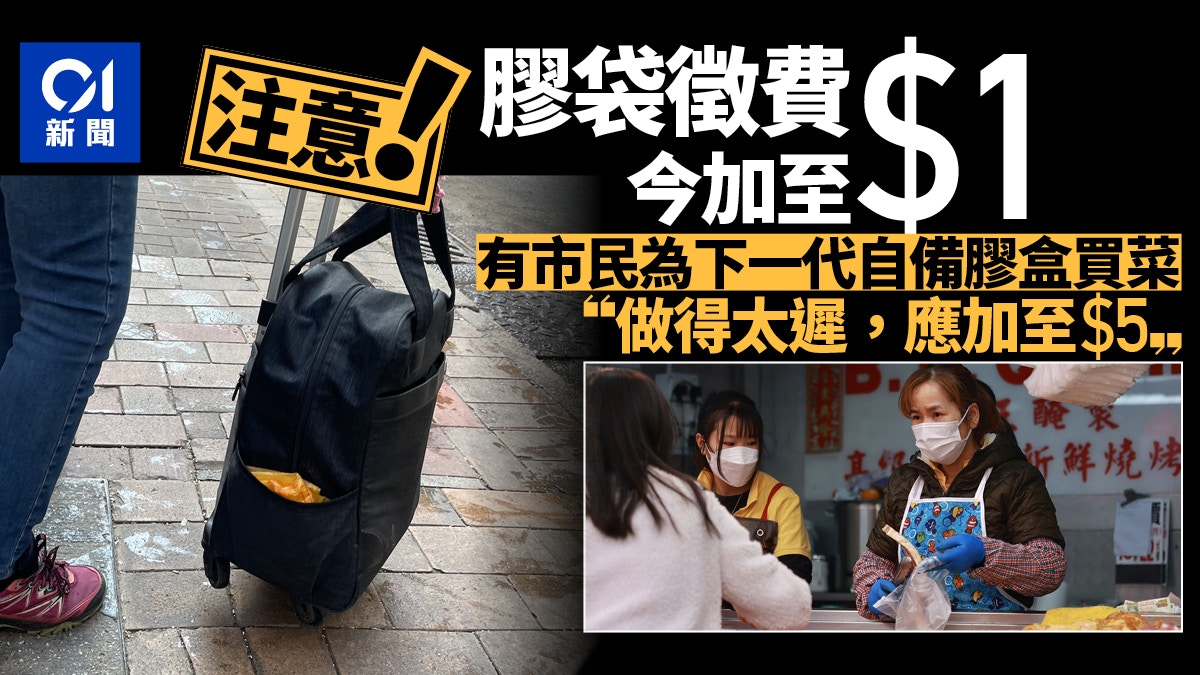 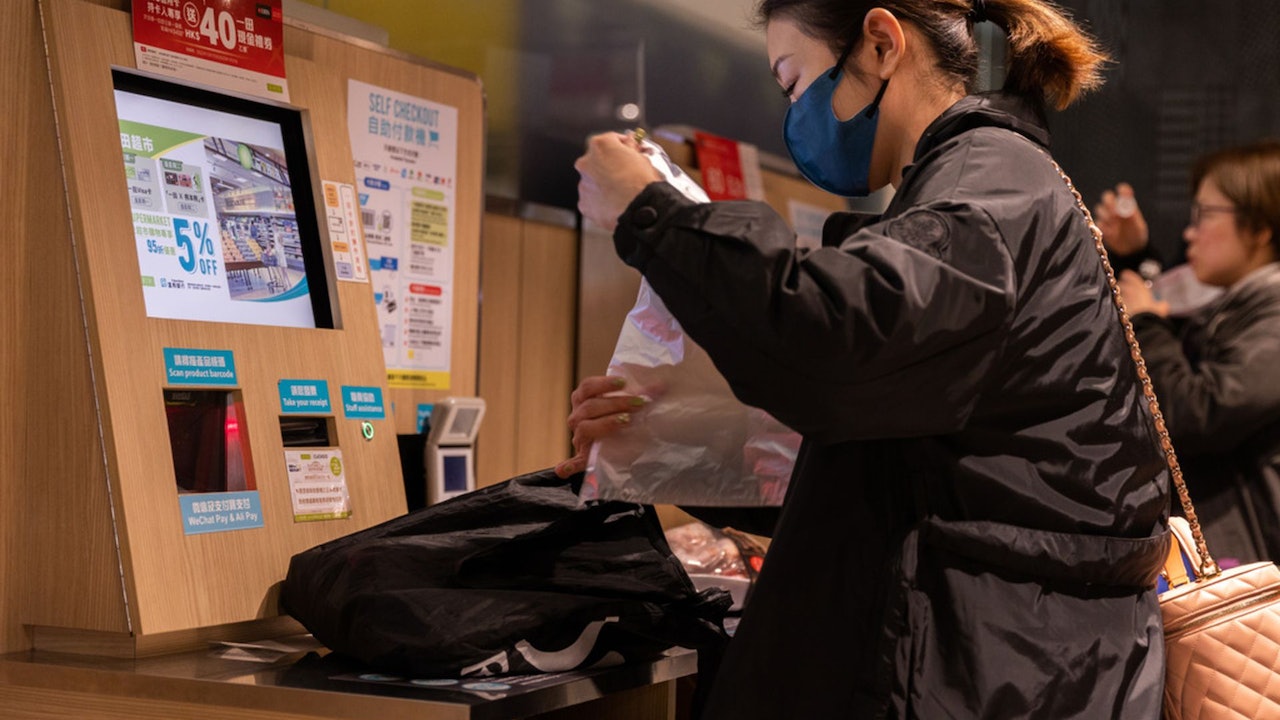 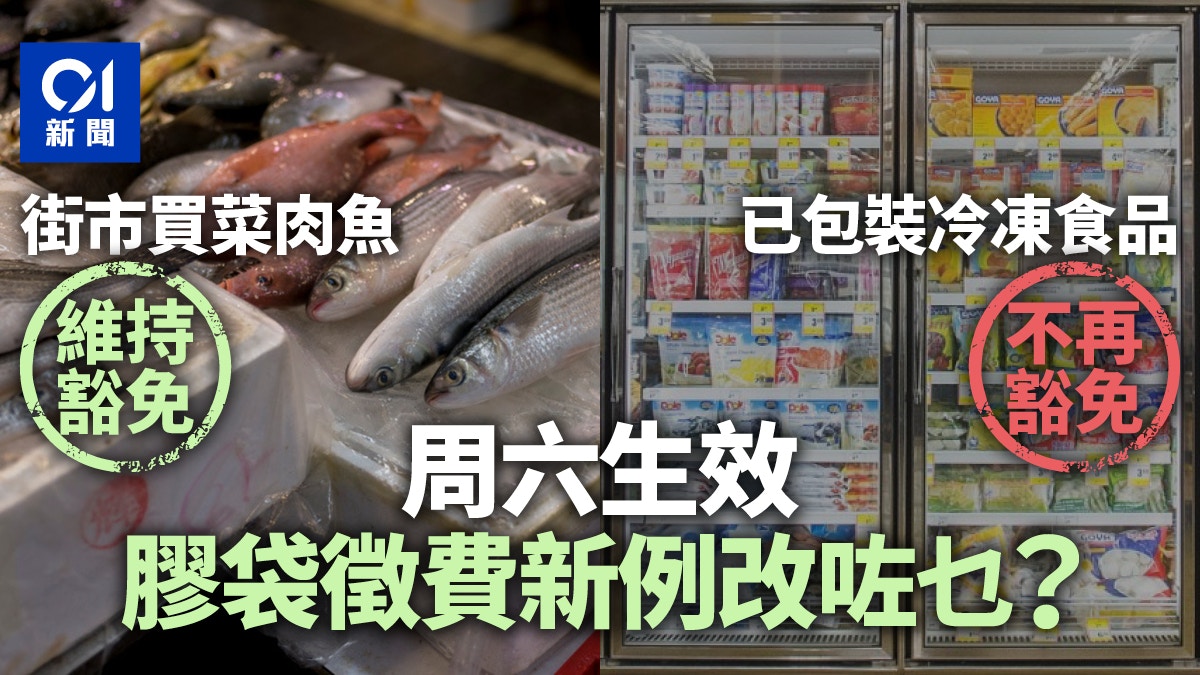 Freezing food: bags or jars – which is more sustainable?