Jair Messias Bolsonaro, president of Brazil and retired army captain, has reappeared this Saturday after being absent from public life since Luiz Inácio Lula da Silva inflicted the first electoral defeat of his life on him almost a month ago.

That he went for the minimum did not make it any less official or painful.

The stage for the return has been carefully chosen by the far-right: a graduation ceremony at the Agulhas Negras military academy, which trains Army officers.

There he was forged as a captain during the dictatorship and it was there that eight years ago he told some cadets that he wanted to stand in the presidential elections to lead his country to the right.

The outgoing president did not speak during the ceremony.

"Who placed me here was God, only he gets me out of the easy chair!" the far-right proclaimed last year in a messianic tone.

But no, they were his compatriots.

He lost the closest elections in the history of Brazil.

Fears that Bolsonaro would not give up power for good if he lost at the electronic ballot box have been confirmed.

The Armed Forces are garrisoned and there has not been a Washington Capitol-style assault, but Bolsonaro has been fighting his electoral defeat from the back room for a month, without exposing himself.

From one day to the next, the omnipresent president who daily marked the political agenda and the public debate disappeared.

The electoral result left him knocked out.

He locked himself in his residence in Brasilia – a glass-enclosed modernist palace – and has only gone to the office a couple of times.

He emptied his official agenda, he has not received almost anyone, only ministers, some other senior officials and the heads of the Armed Forces this Thursday.

The night before, the highest electoral authority had buried its last attempt to turn the elections around.

Brazil is immersed in an atypical transition.

On the one hand, absolute normality in the transfer of legal powers.

The team of the president-elect, Lula, who was already president, unionist and worker, meets every day in Brasilia with members of the Bolsonaro government to scrutinize public accounts and the ins and outs of administrative management.

The leader of the Workers' Party (PT), who this week underwent surgery for a nodule in his throat, has not revealed a single name of his future Cabinet.

On the other hand, the coup protests persist in front of the barracks and on highways of which not even the most informed Brazilians are very aware because the coverage of the local press is low profile.

Concern is spreading because the concentrations are smaller but, in places like the State of Mato Grosso, the heart of the agricultural industry, they have become radicalized.

And they also offer delirious moments such as the images that show them asking the aliens for help with their mobiles.

Those mobilized are a small fraction of Brazilians who believe the falsehoods and doubts that Bolsonaro, his sons and his allies spread tirelessly.

Fearing that the World Cup will empty the protests, messages like this appear in Bolsonaro groups: "We are going to save the country, we will see the World Cup later."

With his silence and a single speech in which he defended the protest demonstrations, as long as they were peaceful, he legitimized his more ultra followers who by then were already at the gates of the barracks asking for a coup to prevent Lula's return to power.

Generating confusion, sowing chaos, has always been part of the Bolsonaro strategy.

Fabio Gentile, a researcher at the Observatório da Extrema Direita (Observatory of the Extreme Right), considers that the persistence of the marches "is serious because it shows that Bolsonaro has convinced a part of the population that the dictatorship was a service to the nation against the communist threat.

He points out that he and his allies have carried out "a true indoctrination with this very authoritarian, coup-like and even fascist strategy," he explains by phone from Fortaleza.

They have been campaigning throughout their mandate to sow distrust in the institutions, systematically attacking the Supreme Court, the main counterweight, and advocating for the elimination of the adversary.

The direct ones on Facebook in which Bolsonaro harangued his people every Thursday are over.

He does not tweet, he does not issue statements and his Telegram, Instagram, etc. accounts disseminate only government information.

Allies and collaborators have told the Brazilian press that he is withdrawn, worried, that he no longer sends WhatsApp messages with the usual frenzy.

He has reason to be concerned.

Because to the disgust at losing after being victorious in the nine previous elections is added that, for the first time in three decades of political life, on January 1, when Lula assumes the presidency, he will no longer have parliamentary immunity.

The fear of being prosecuted is more real than ever.

The silence did not prevent him from undertaking the legal battle.

Bolsonaro and the Liberal Party, with which he participated in the elections, challenged the electoral result (50.9% for Lula, 49.1% for the former military) and asked that half of the votes in the second round be annulled by alleged failures in the oldest ballot boxes.

No mention of the first round because they achieved the largest groups both in the Chamber and in the Senate.

The appeal was rejected within 24 hours in a resounding ruling that seeks to cut short the strategy of sowing distrust to weaken the voting system —and democracy in general.

He came to say that the demand had no foundation and that the sole purpose was to provide bait to the coup protesters or, as Judge Alexandre de Moraes wrote, "to encourage criminal and anti-democratic movements."

And he also accused them of litigating in bad faith and imposed a fine of 22 million reais (about four million euros and dollars).

The judge has also not hesitated to silence prominent Bolsonaristas on networks.

The still Head of State and Supreme Commander of the Armed Forces tried to embark the military on his campaign, but the audit carried out by the uniformed officers did not detect any fraud.

They communicated it in a note in which they added that they could not rule it out either.

In Brazil it is taken for granted that on January 1 the far-right will not place the presidential sash on his nemesis and successor.

There is endless speculation about who could take on that task.

Bolsonaro will lose his immunity, but he will continue to have the political capital granted by 58 million votes (two million less than Lula).

The question is what he intends to do with it, whether he will focus on leading an opposition or continue to focus on delegitimizing the institutions and the incoming government.

Gentile, a professor at the Federal University of Ceará, explains that “Bolsonarismo will survive Bolsonaro himself.

It is a fairly broad segment and, in classic fascism, the leader could stop talking, but the movement had an autonomous life”.

The first time Bolsonaro returned to his office after the defeat was to greet future vice president Geraldo Alckmin, a former center-right opponent of Lula who has sided with him in the name of democracy.

The meeting was brief, cordial.

As he was leaving, the president grabbed his arm in a friendly way and said: "Please, free us from communism."

newsletter and receive all the latest news in the region. 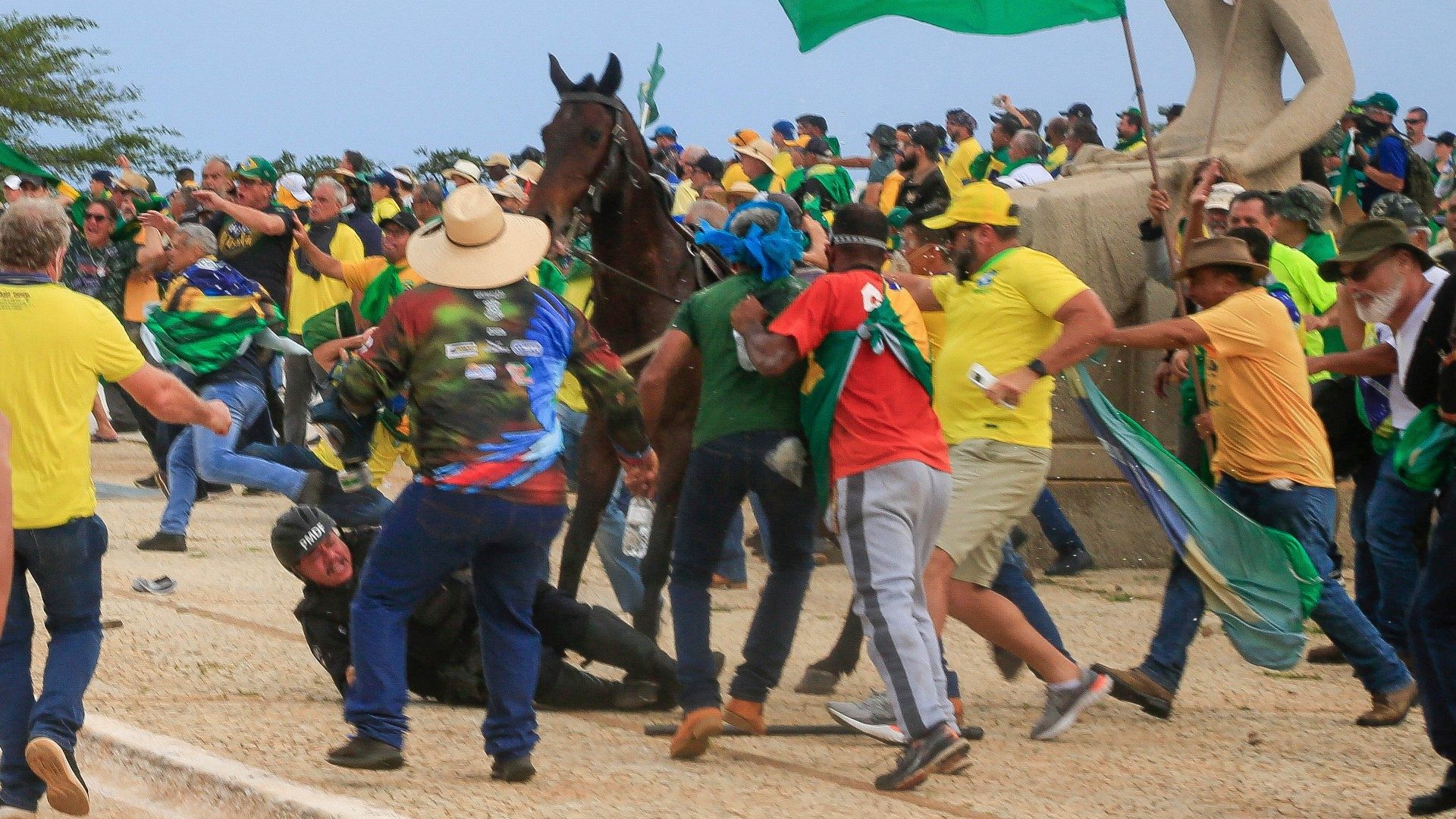 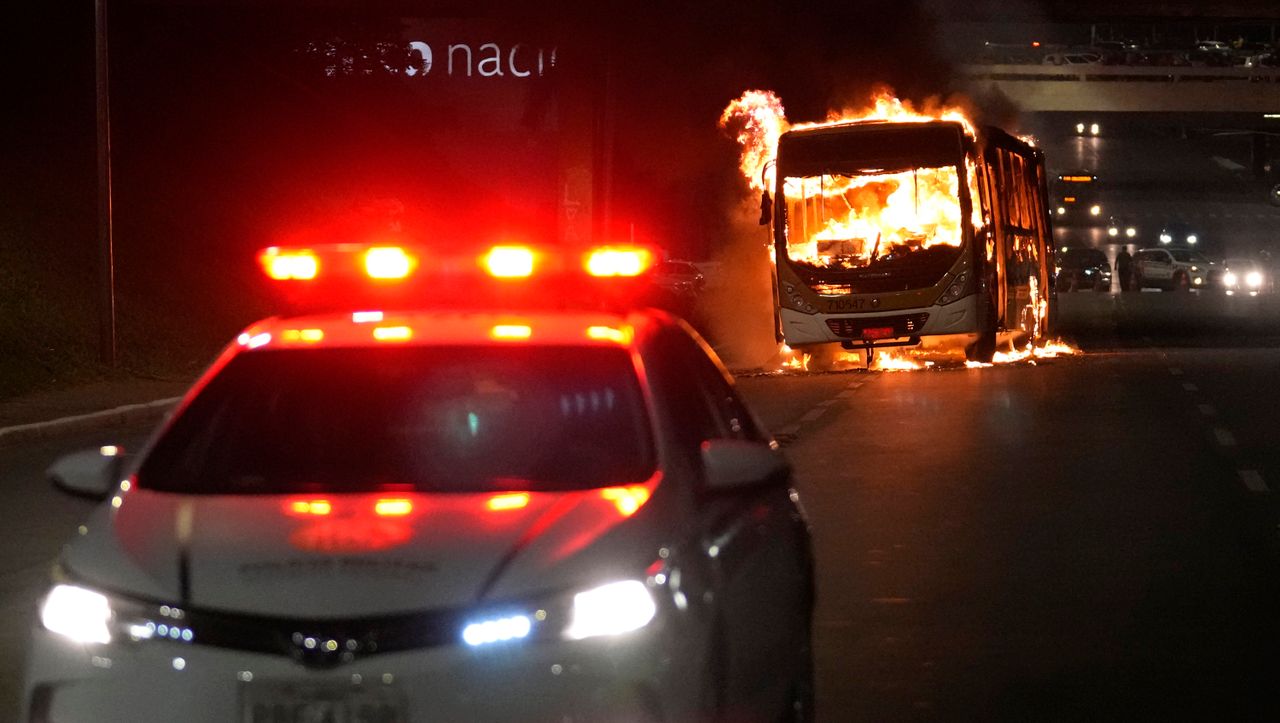 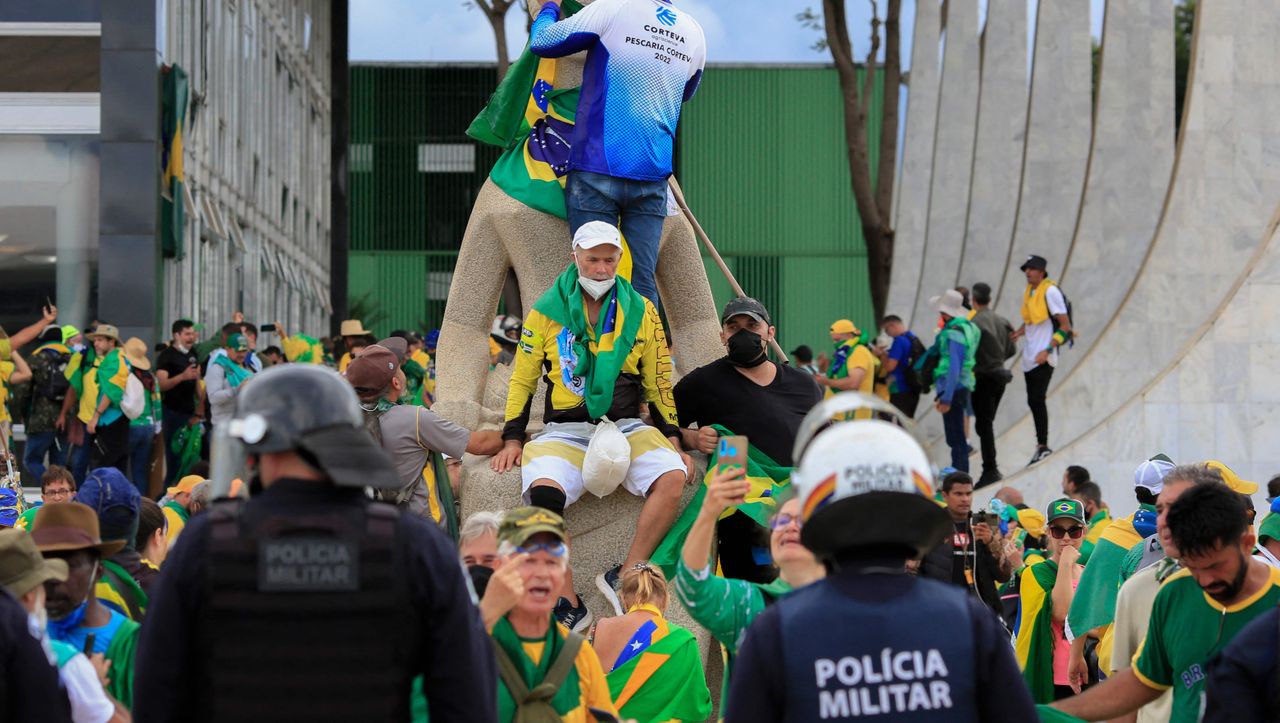 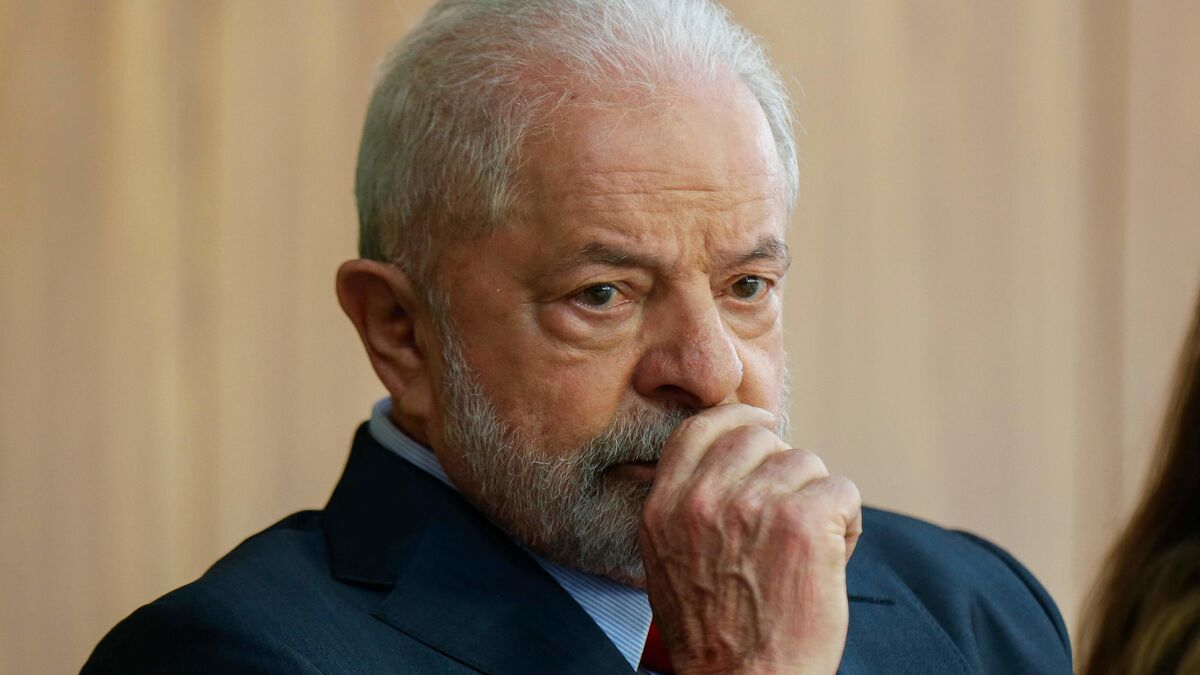 In Brazil, the vice tightens on the rioters, Lula says he is concerned about his safety 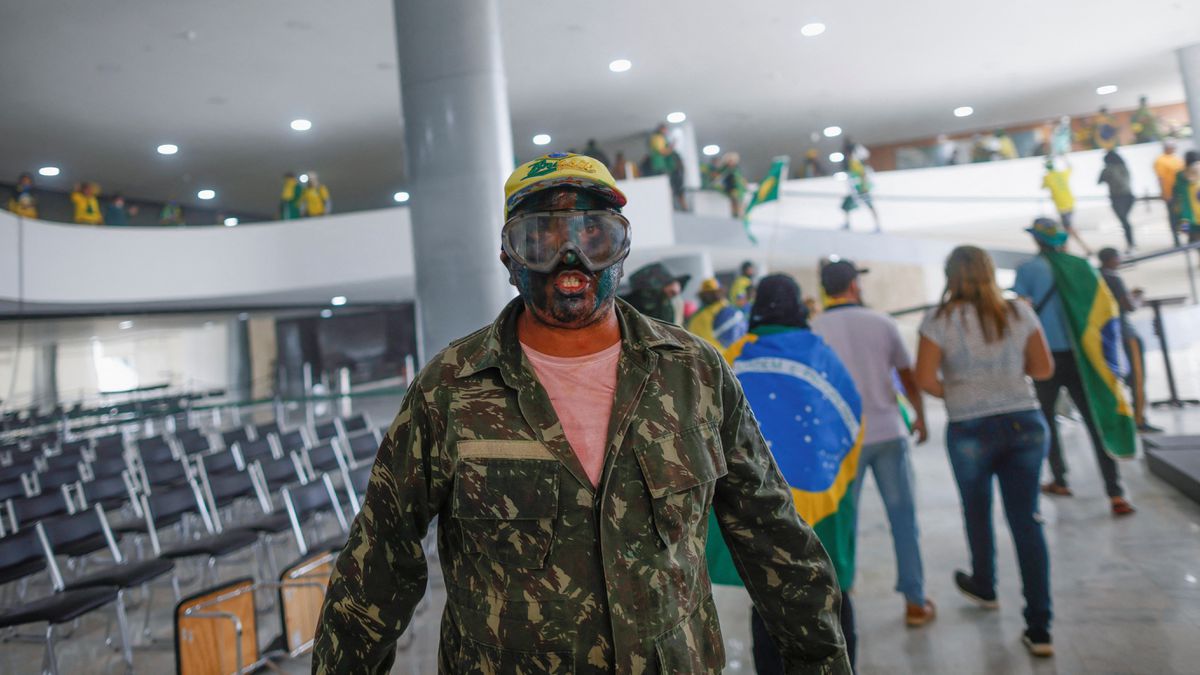 Attack on democracy in Brazil 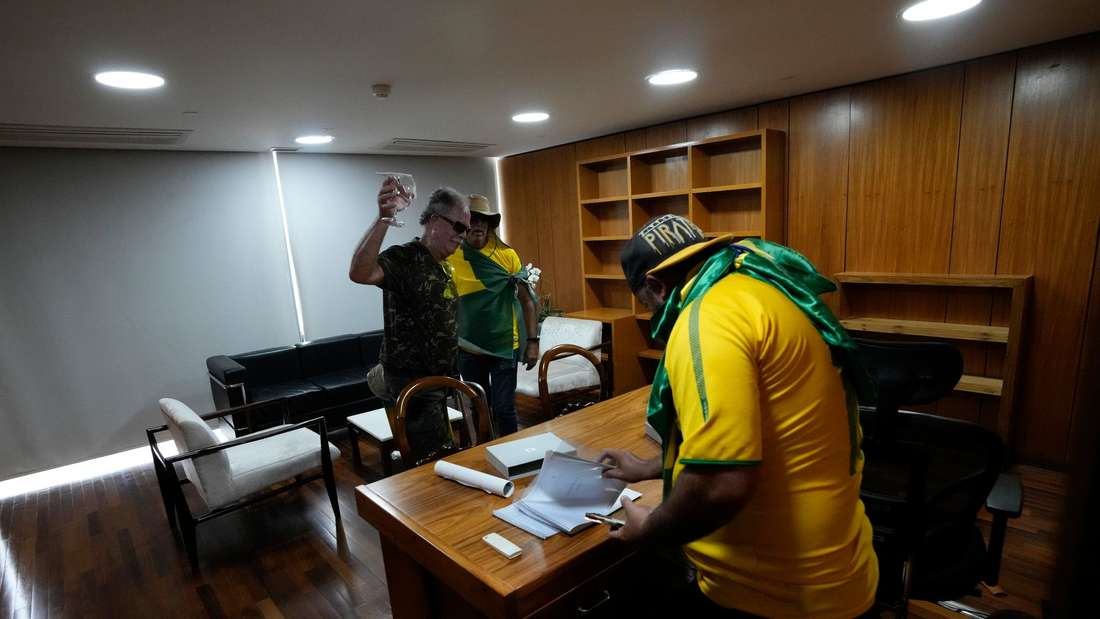 Attack on the heart of Brazil's democracy 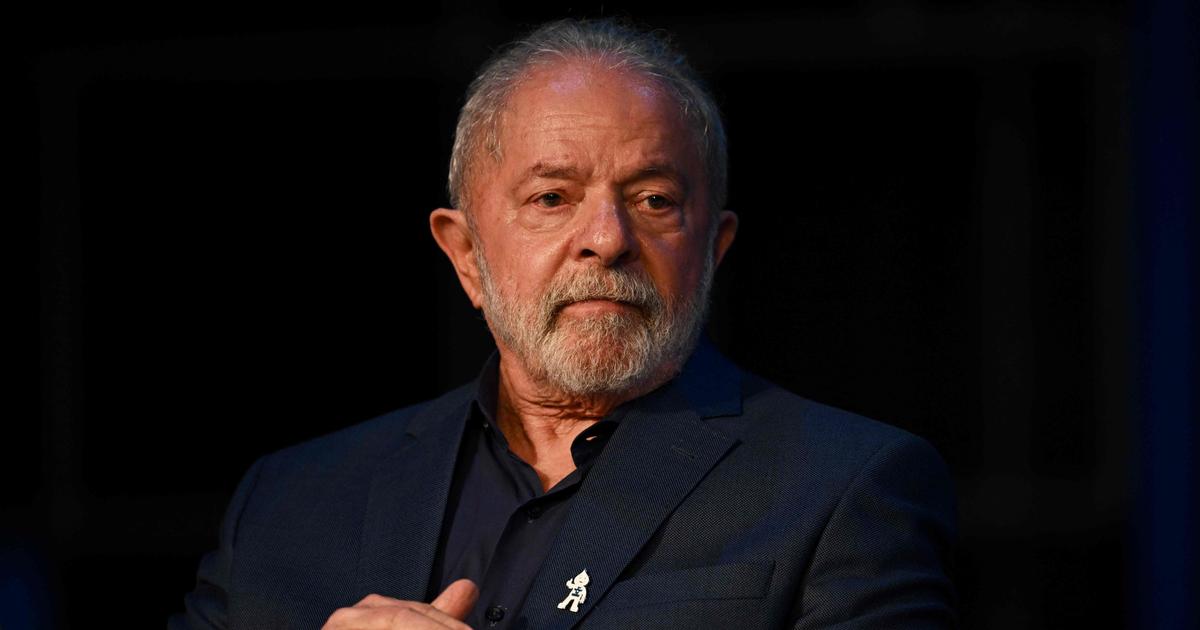 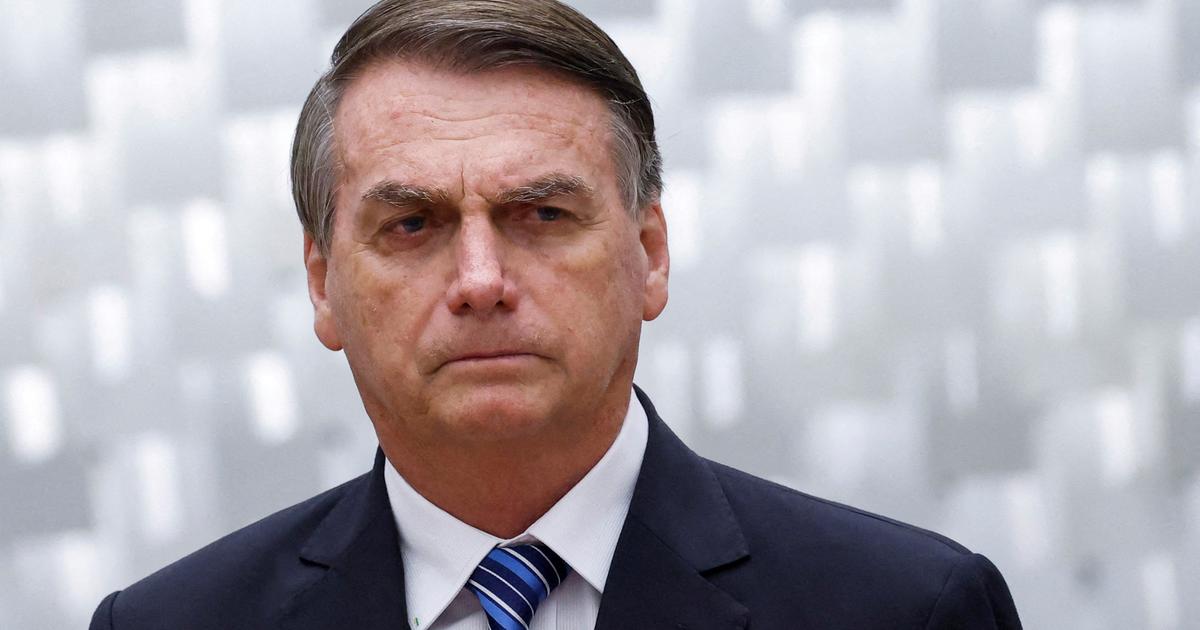