However, Ye Zhaohui, a population policy expert, described the government measures as "wooden boxes" to "raise" young people from different classes, but what really needs to be removed are the three "partitions" that stand in front of all young people, including the entire The competitive advantage of the society declines, primary distribution fails, and public participation is limited.

This is a cartoon widely circulated on the Internet to compare the four concepts of Reality (reality), Equality (equality), Equity (fairness), and Justice (justice).

Ye Zhaohui described the government's measures as nothing more than wooden boxes under his feet, and what really needs to be removed are the partitions in front of people.

The Bureau of Home Affairs and Youth Affairs will announce the first "Youth Development Blueprint" within this year. According to the chapter on youth work in the "Policy Address 2022" just released by Chief Executive Lee Ka-chiu, it proposes a series of help for young people to solve the "four industries" - namely Measures to address difficulties in the four areas of education, employment, entrepreneurship and home ownership are expected to increase their chances of upward mobility.

Ye Zhaohui, Associate Dean (Research) of the Faculty of Social Sciences and Chair Professor (Population Health) of the Department of Social Work and Social Administration of the University of Hong Kong, pointed out to "Hong Kong 01" that although the SAR government's various support measures are useful, they are not enough to really promote young people upward flow.

He quoted a cartoon widely circulated on the Internet to compare the four concepts of Reality (reality), Equality (equality), Equity (fairness), and Justice (justice)

(see the picture above)

"There shouldn't be a board in front of them at all!" Yeh Siu-fai described the government's measures as those wooden boxes used to raise them up. But if we want to fundamentally solve the upward flow of young people, we must first remove the three barriers in front of them. board, including declining competitive advantage, failure of primary allocation, and limited public participation.

Yip Siu-fai believes that Hong Kong must maintain its uniqueness in order to allow young people to progress, enhance market competitiveness, and showcase their talents in the Greater Bay Area and foreign countries.

Board One: Competitive Advantage Declines

Hong Kong is a small and highly open economy with a limited local market; if we want to increase the social mobility of young people, we must look at the country and the world.

According to the goals of youth work mentioned in the "Policy Address 2022", the authorities are determined to "cultivate young people to become a new generation who love the country and Hong Kong and have a global perspective".

So, how can young people have the competitiveness to contribute to the country and enter the world?

As for the young people who are determined to stay in the local area, how can they broaden their imagination for the future?

"For example, Hong Kong's higher education and quality verification are doing well, and we must maintain this uniqueness." Yip Siu-fai believes that the social mobility of young people is closely related to the uniqueness of Hong Kong's system. Only with their unique advantages can they continue to promote social progress, so that young people can become "everyone is easy to play and competitive talents", can grasp various development opportunities, and be able to show their talents in the Mainland and overseas.

The "unique advantages" mentioned by Ye Zhaohui include the free flow of people, goods, capital, and information, the freedom of the press protected by law, a fair and open business environment, clean and transparent government operations, and a fair judicial system, etc. .

"I don't mind the competition. More people come and make a big piece of pancake. In the past, ten people ate one pancake, but now there are twelve. Bigger.” He emphasized that Hong Kong should become a “manufacturer” rather than a “consumer” and provide the right soil first to equip the youth for the future.

Hong Kong should become a "manufacturer" rather than just a "consumer". First and foremost, provide a suitable soil to equip the youth for the future.

Second board: one allocation failure

Ye Zhaohui pointed out that these measures are helpful, but the balance between labor and capital is seriously tilted, and labor bargaining power is quite weak, especially unfavorable for young people with low education, who cannot get a reasonable remuneration according to their work.

"Low-skilled people don't have reasonable wages. 'Liberals' say it's 'free wages', but the problem is that this market is not efficient. If someone is willing to do it for 20 yuan, this is your market value." He described that employers "Great disparity in power makes it difficult to wrestle" with employees.

No matter how the government adds value to young people through education policies, as long as it fails to effectively improve the existing severely unfair salary distribution mechanism (that is, the common "one-time distribution" or "primary distribution" in wealth distribution policies), it also fails to promote the diversified development of industries to open up Hong Kong More high-end jobs, their income is still difficult to increase.

According to the Financial Services and the Treasury Bureau’s reply to the Legislative Council’s written question in May last year, it can be seen from the data obtained from the “General Household Survey” of the Census and Statistics Department that, with the progress of the times and the increase of educational background, in the past 50 years, people aged 20 to 39 The income of young people in different groups did not increase much, while those with non-degree post-secondary education fell instead

(see the table below)

For example, among young people with non-degree post-secondary education, the average monthly employment income of every 5-year-old age group is lower than that of the same age in 1994; in addition, compared with the same age with only high school education, their income growth Only ranging from 900 to 5,100 yuan.

In the non-binding motion debate on "Development of Policies and Blueprints to Assist Youth in Upward Mobility", Chen Yingxin, a directly elected member of the Federation of Trade Unions in the New Territories, pointed out that grassroots youth do not want to "lie down", but have no chance to "stand up", and it is even more difficult to "climb up". .

Liang Xi, a directly elected member of the Democratic Alliance for the Betterment of Hong Kong Island, also pointed out that young people like to travel to Japan. Anyway, "it is impossible to buy a property if you travel a few times less", so it is better to enjoy yourself while you are early.

These statements are all naked reflections of the plight of youth employment, and they are also urging the government to reflect in disguise. If it does not actively intervene in the market mechanism and substantially increase the existing minimum wage, but continues to allow the employers to exploit labor in the name of "free economy", it will not meet the Based on the principle of distributive justice, do young people still have the motivation to study and add value?

In the past 50 years, the income of different groups of young people aged 20 to 39 has not increased much, while those with post-secondary education and non-degree level have actually fallen.

The "Policy Address 2022" also launched the "Youth Participation Initiative Plan", increasing the current number of more than 60 advisory committees to a maximum of 180; opening up some seats in regional affairs-related committees, allowing young people to recommend themselves as members and give advice on social issues; Departments such as the Civil Aviation Department, the Hong Kong Observatory, and the Hong Kong Monetary Authority will organize youth groups to enhance youth awareness.

However, the above-mentioned policies have been criticized by young people, and they only stay at the consultation level, and do not have the power to actually change society.

During the debate on the motion of the above-mentioned councilors, Liang Xi also pointed out that even if young people join the youth self-recommendation program, they just occupy a seat in various consultation meetings, but one vote in their hands does not influence any decision, and instead becomes a tool of the government's rejuvenation committee; He suggested that the government should think about how to increase young people's sense of accomplishment in participating in public affairs, rather than "aspiring to participate".

Ye Zhaohui feels that the lack of political mutual trust between the government and young people in recent years has caused many young people to feel helpless: "I think during the social movements in 2014 and 2019, everyone also hoped to have ownership (autonomy) and be able to make decisions for the future of Hong Kong. ... Hong Kong's youth work has not been done very well all the time. Those people (the government) treat young people as transparent. It's not that young people don't have a stake (share), but that the government doesn't empower them. I think young people are Can do well!"

Liang Xi believes that the government should think about how to increase young people's sense of accomplishment in participating in public affairs, rather than aspiring to participate. 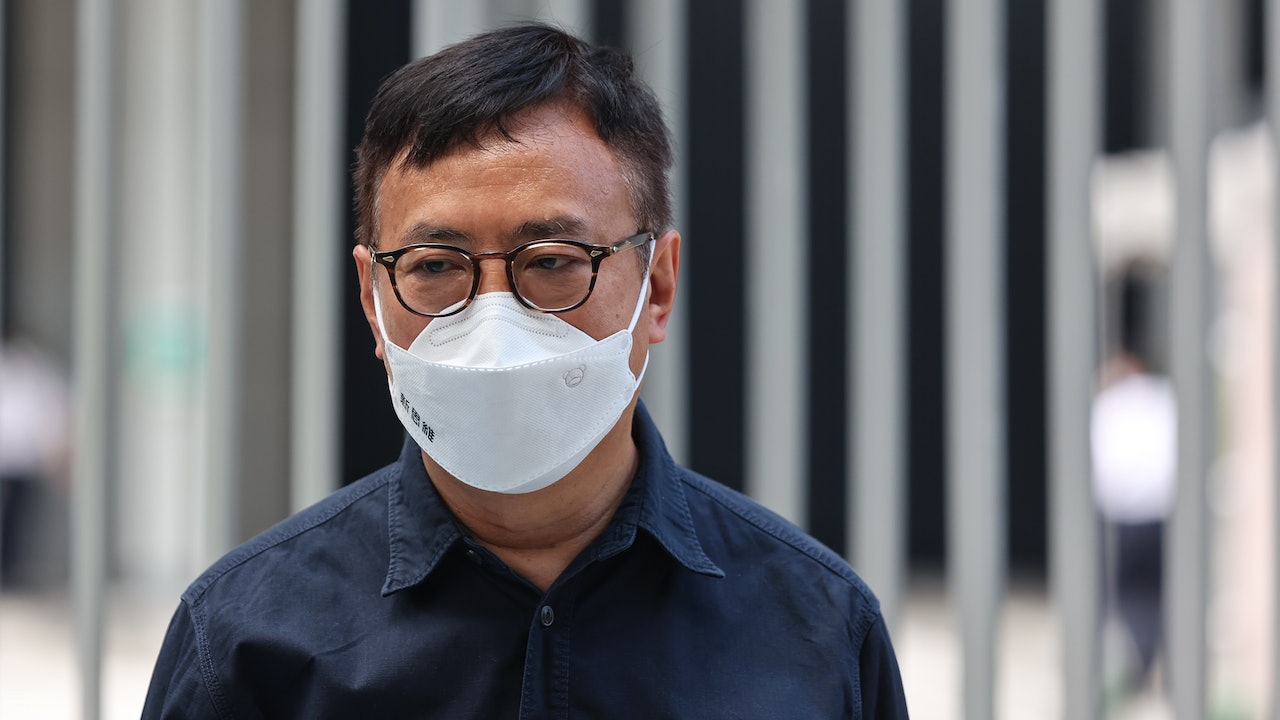 Di Zhiyuan's explanation of the "counterfeiting" of the political reform bill: the time for democratic appeals to fade is not the right time 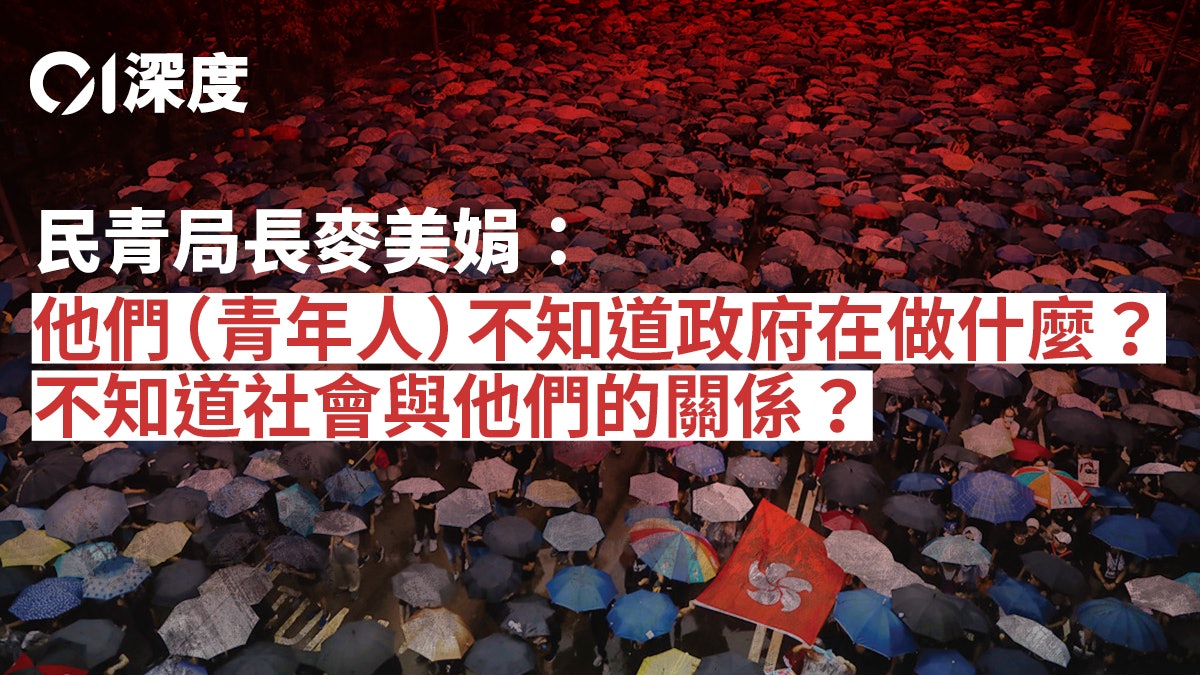 Blueprint for youth development. Next｜The "Three Policies" only accounted for 3 out of 170 shares. How can we talk about mutual trust without mentioning "Reconciliation" 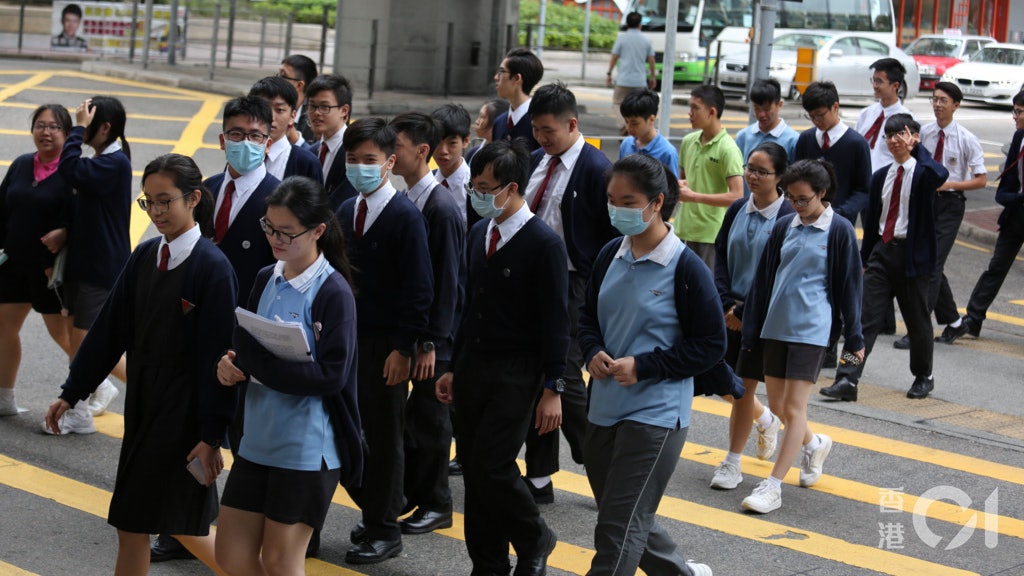 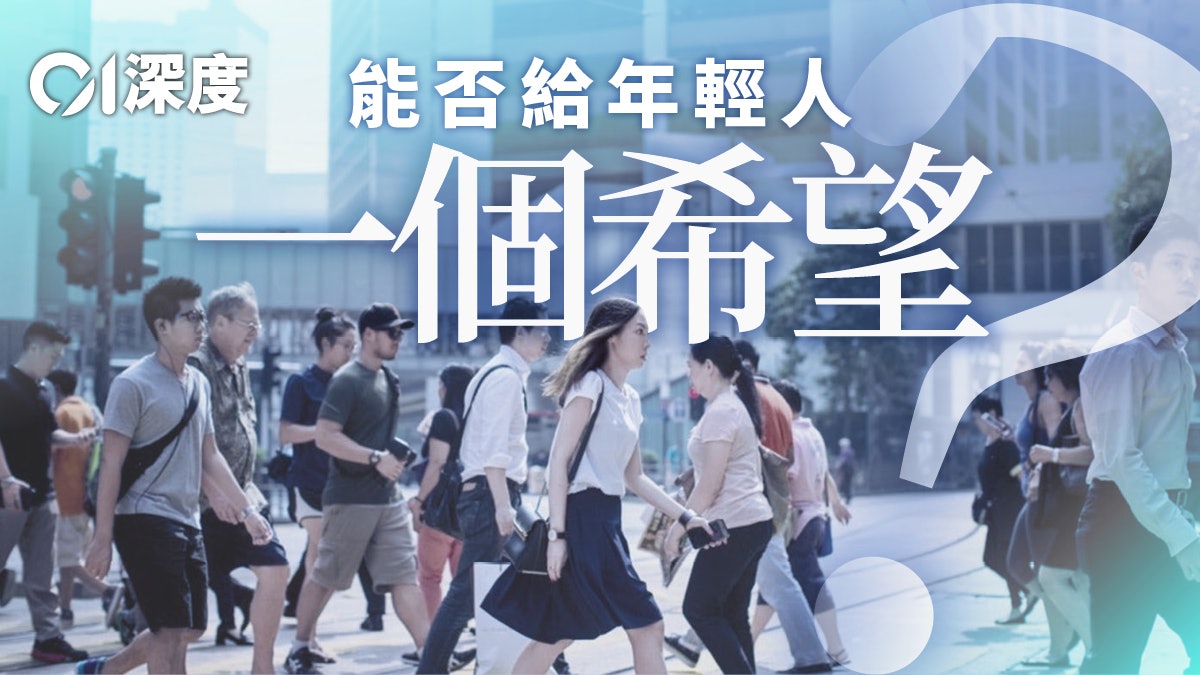 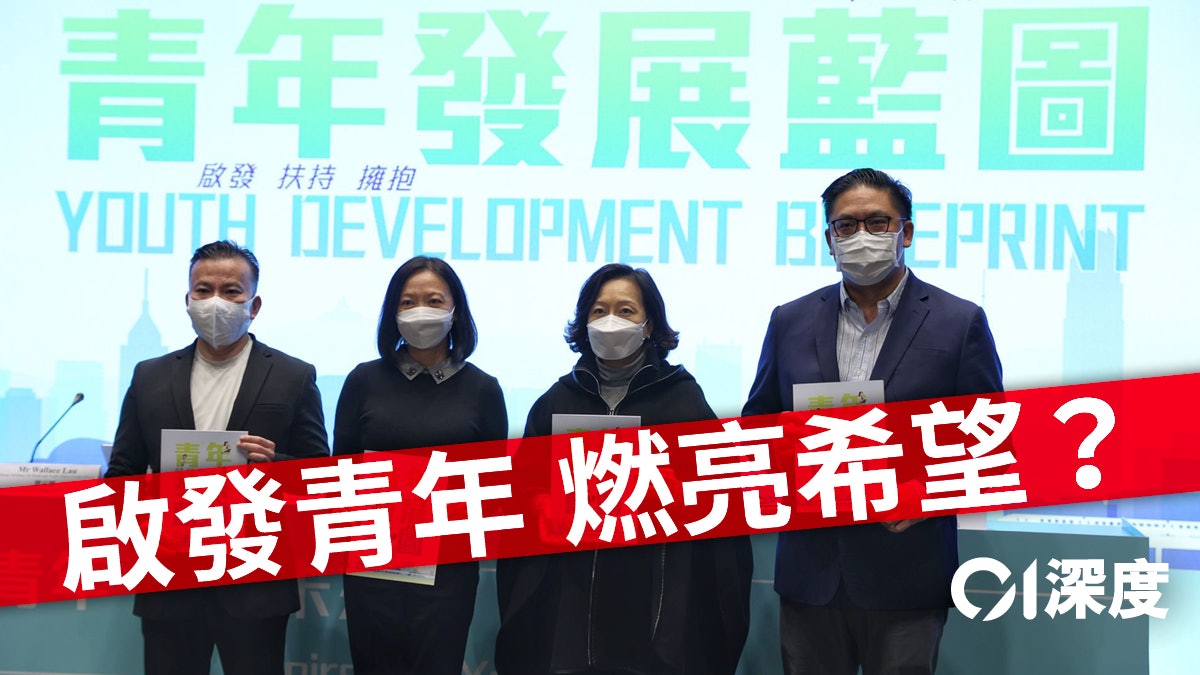 Blueprint for youth development. 上｜How to give full play to the strengths of young people who pay more attention to education and employment than entrepreneurship and home purchase 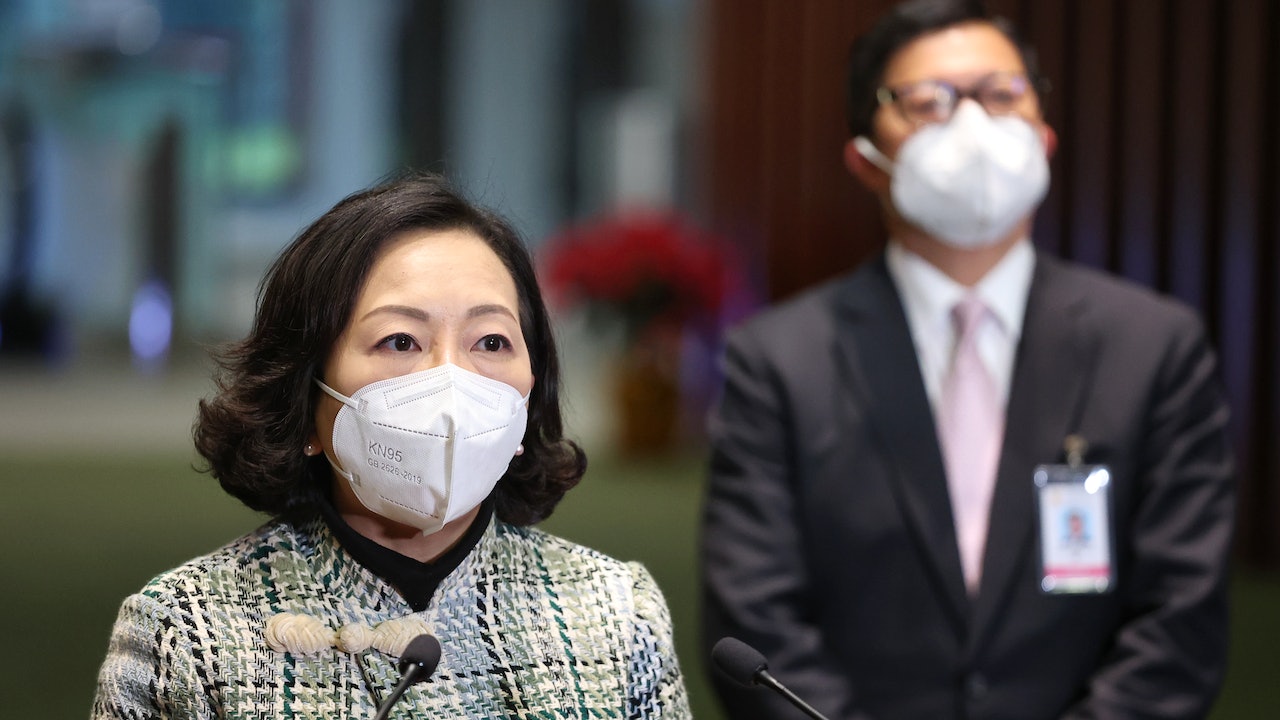 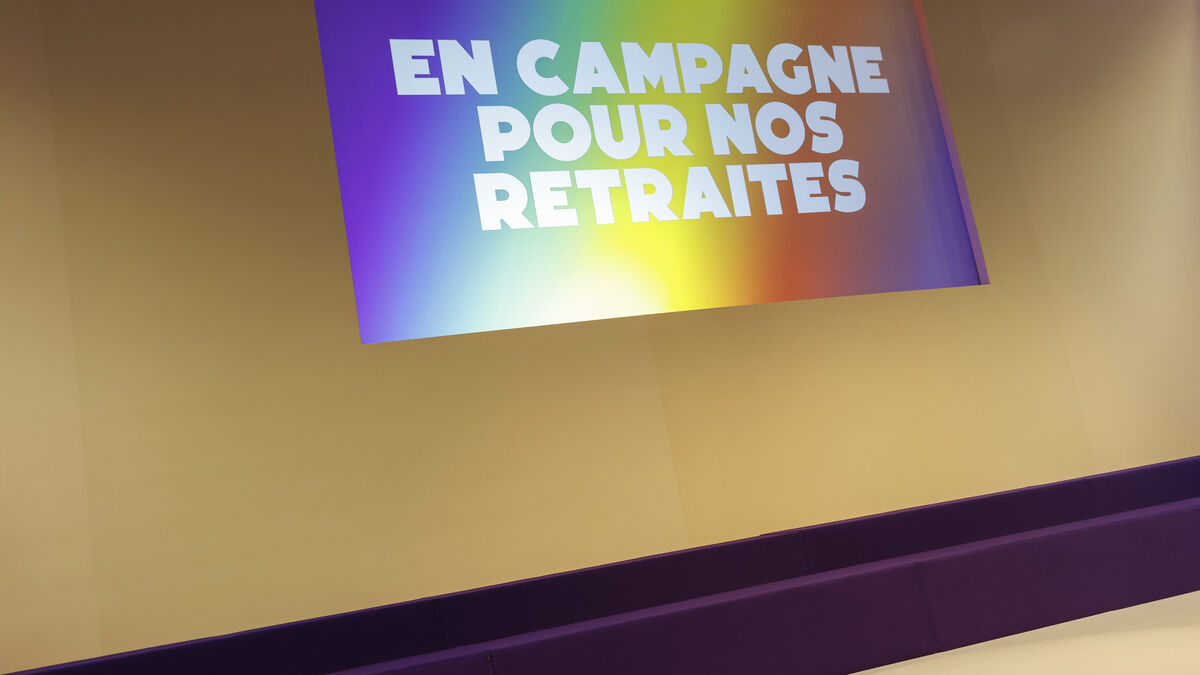 Pension reform: Nupes submits a request for a referendum 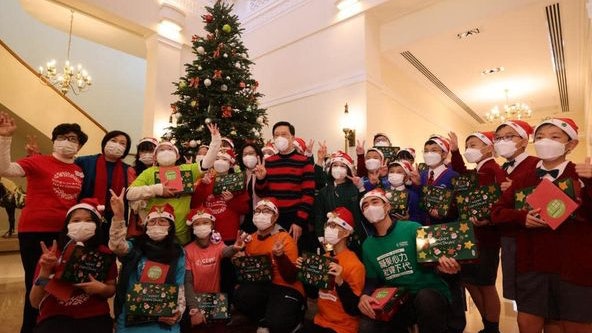