Dr. Ahmed Mahajana said in an interview with Walla that the refreshments were brought by "Roldin" to a party held in the department for the certification of another doctor, and female employees decided to distribute the leftovers to the patients in the department. "I was there because I was checking on him, two policemen were sitting in the room, and they didn't say anything." , said "I trust a court to deliver justice"

"It's very painful. The truth is, I'm already sorry that my name is Ahmed."

Dr. Ahmed Mahajana, a doctor at the Hadassah Ein Kerem Hospital in Jerusalem, was suspended from his post after an incident that happened at a hospital during which he gave food to a prisoner. The 33-year-old Mahajana is a graduate of Tel Aviv University, who, according to him, has a year and a half left to specialize in order to receive a certificate Mahajana is, among other things, the son of attorney Raslan Mahajana, who himself was injured in an attack in 2002, near Mevu Dotan.

He was then rushed to the Valley Hospital with moderate injuries.

"It's very painful," said Ahmed from Khajna to Wala, "the truth is, I already regret being called Ahmed. Maybe if they had called me Gideon, this wouldn't have happened. I gave my all to Hadassah and the patients of Hadassah and I have many letters of support sent to the management and testifying About this. I supervise third year students at the Faculty of Medicine at the Hebrew University of Jerusalem, at Hadassah I do my research on surgical patients in intensive care and in addition I was elected to the board of young doctors of each Hadassah, Jews and Arabs. Despite everything, they decided to fire me. The reason is persecution. In my opinion, it all started with a letter sent by an organization in Tselmo. The letter is appalling. This is of course persecution and we will go to court and we trust a court to deliver justice. I am surprised by the behavior of the Hadassah management, instead of protecting me they turned against me, succumbed to external pressures that contribute nothing but polarization, And it's a shame, I hope they come to their senses. It's not too late."

"The disciplinary procedure on the subject has not yet ended."

The event itself took place on October 16.

"We had a party in the department's meeting room in honor of passing the specialty exams of the department's doctor in Hebron, and "Roldin" brought the food from their cafe in the Hadassah compound. After the party was over, there was food left over, so the assistants from the auxiliary workers said, 'Haram, let's distribute it to the patients,'" says Makhag "There were four patients at the time, including the prisoner, the one who carried out the attack in Sheikh Jarrah. When the therapeutic assistant brought the refreshments into room 207, I was just there because I checked on him and said in Arabic 'how are you today' as part of the conversation between doctor and patient. Two policemen were sitting in the room, and apparently they didn't know that food was not allowed in him, so they didn't say anything. I left the room and went to the doctors' room, I sat down there," he explained.

"After a few minutes, another policeman suddenly approached me and started really yelling and arguing. He asked who the doctor was in the room when the food was put into the prisoner. I told him, 'First of all, you shouldn't be yelling. You're in the ward. There are wounded and sick here, and what's the problem? I was in the room.' Then he turned and left. After a few minutes I left the doctor's room and another policeman caught me. I was wearing a uniform and a badge and he rudely told me, 'Give me your ID.' He told me a sentence that I will never forget: 'I am the sovereign here and I can ask you anywhere in the country to bring me an identity card and you will bring it to me'. I told him, 'Then go to the manager of my department and take my details from him.' computer to continue my normal work and then I noticed he was taking pictures of me, I told him it was stupid to take pictures of me.

Obviously, in my words I was referring to the act itself.

That was the end of the conversation between me and them and I continued to work," said Mahajana and added,

"I waited for the decision of the management that I trusted to be fair."

Reactions of Mahajana's colleagues about the case on social networks (photo: surfers' photos, .)

According to him, the hearing was held on the 20th of the month, and three days earlier he was interrogated by the police under a warning.

"There was a catastrophe there, most of the investigation was about my father and my brother Khaled, both lawyers. They wanted to know if I knew their representatives, etc., and of course they asked how it happened and who exactly put the food in. There I said that - if the policeman We were offended, so you know that I didn't mean to offend at all and I emphasized that I meant the act of photography, not the policeman," he says.

Mahajana added that in the hearing together with his lawyer Ofer Doron they explained "that according to the Hippocratic Oath the patient should be respected not only in medical treatment" but that the hospital director replied that this "applies to every patient but not to prisoners. We are in the State of Israel ".

Mahajana added, "We presented everything, including a testimony from a doctor from East Jerusalem who was in the room with me. And we brought a therapeutic assistant testimony that said, 'I put the food into four patients.' Despite everything, today I received a message that I was fired."

"Their claims at the hearing were that I told the nurses that the prisoner was Shahid, but 'Shahid' means someone who is dead, so it is clearly not true. Another nurse claimed that I said that Haredim are more polluted than Westerners, and that was never said by me either. I was the one who was defamed. When an article was published In the newspaper in November, one of the nurses took a selfie with the article and uploaded it to the group of brothers and sisters and wrote under it something like 'It's a shame we didn't know Ahmed was a terrorist.' Despite everything, I bit my lip, held back, absorbed and waited for the decision of the management, which I trusted to be fair. Then I see that they intend to fire me ".

"Despite everything, I bit my lip, held back, absorbed."

Reactions of Mahajana's colleagues about the case on social networks (photo: surfers' photos, .)

The father, attorney Raslan Mahajana, said about this, "The distribution of sweets was to all the inpatients of the ward.

The pressure on him as published and leaked to the Israel Hayom newspaper is because of his family affiliation in that his father and brother represent Palestinian prisoners before Israeli courts.

It pains me very much as a father that my son will be harmed because of my work as a lawyer." He went on to add that "my son is an outstanding doctor according to the testimonies and letters sent to the hospital management, he passed the stage one specialization test with honors and received the highest score of all the examinees in that subject.

He fell victim to self-interested entities that want to harm him because of my work and the work of his brother Khaled.

There is also no selfie of him with the hazard,

This is probably the policy we will experience as Arabs living in the country in the near future.

I am sorry that my son will pay a price because of my work, me and my son Khaled do our work faithfully and according to the law."

Hadassah stated: "The disciplinary procedure on the subject has not yet been completed."

Even after his name was cleared: Hadassah does not accept back the doctor who was accused of "handing out sweets to a terrorist" - voila! news 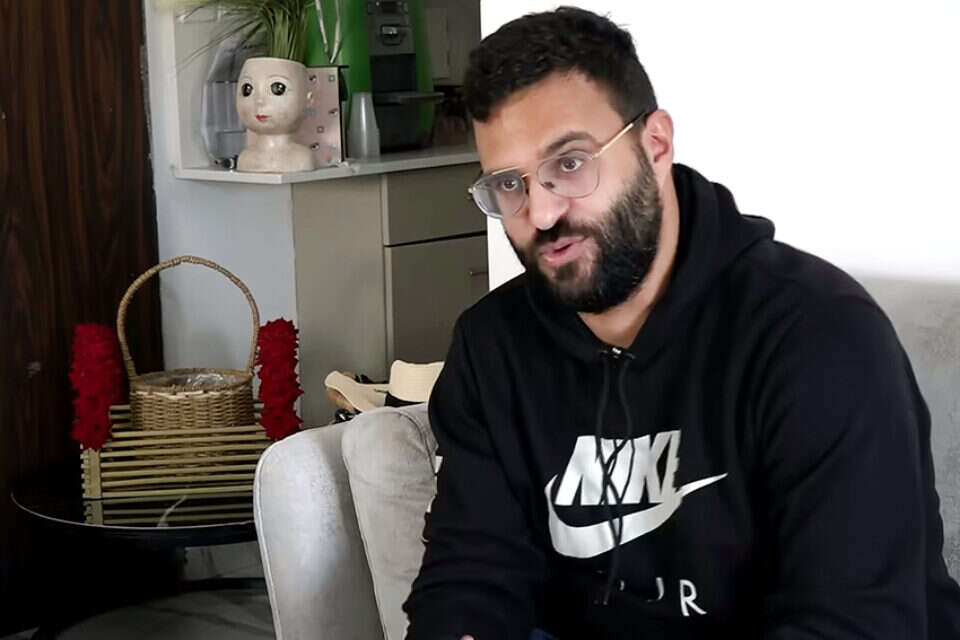 The "cakes for a terrorist" affair: the mediation between the doctor and the Hadassah management exploded Israel today 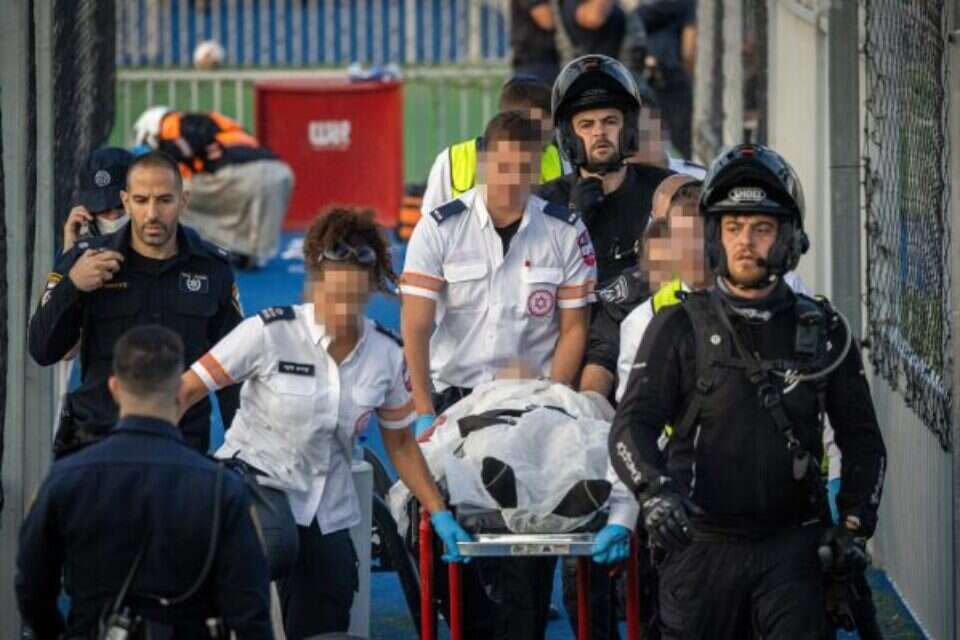 Exclusive: Hadassah retracts the allegations against the doctor who was suspected of giving cakes to the terrorist Israel today

The "cakes for a terrorist" affair: a mediation agreement was signed, Hadassah retracted most of the allegations Israel today

The violence in the hospitals: two indictments were filed against young men who attacked medical staff in the US - voila! news 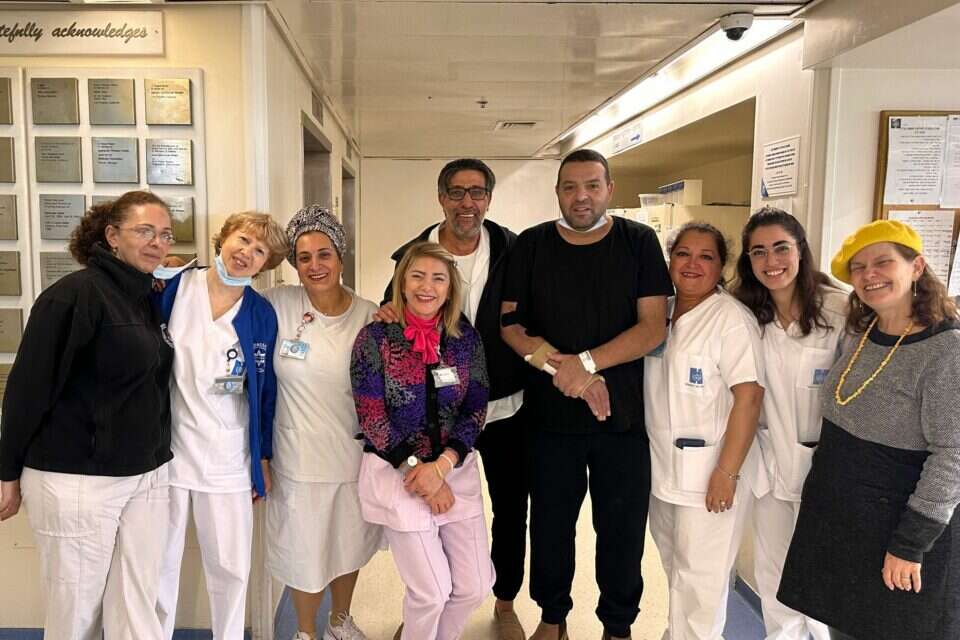 About two months after the attack in Kiryat Arba: Ofer Ohana, who was seriously injured, was released from the hospital Israel today