CHRONICLE - Figure of the city of Auxerre, she demonstrates that in poetry, the greatest journeys are above all interior. 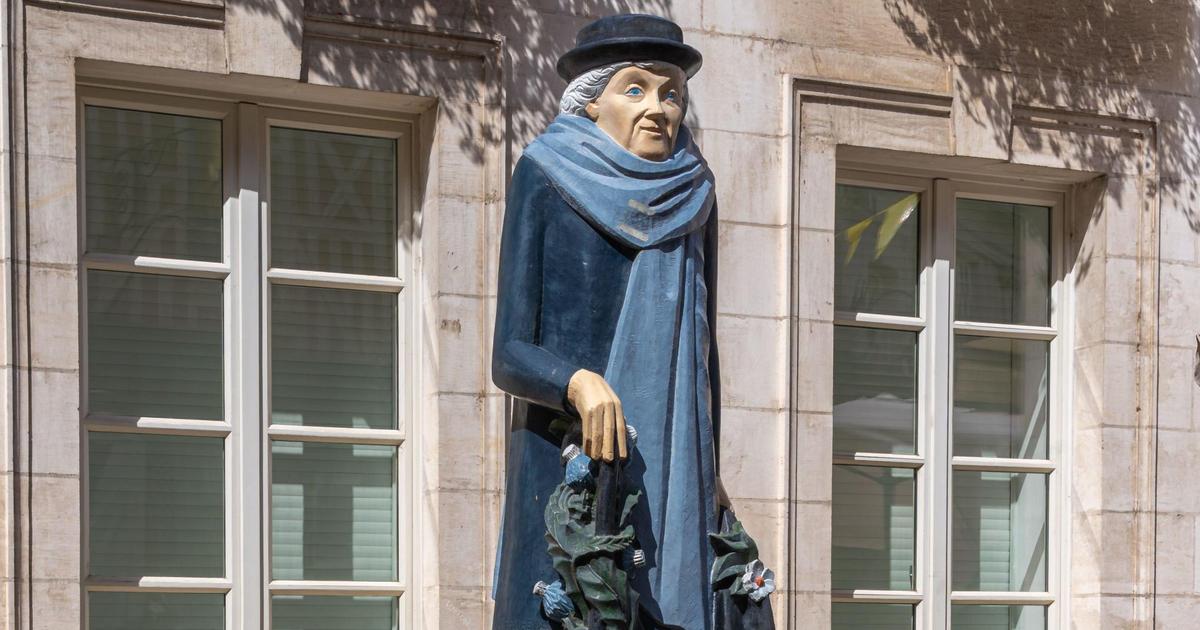 The largest feathers are often inconspicuous.

Talk about me as little as possible!

(...) If people write about me, they always put too much!

she replied one day to André Blanchet who wanted to do his biography.

Marie Noël, whose real name is Marie Rouget, is known today only to those who have had the chance to come across her texts, although her incredible journey is punctuated with distinctions of all kinds.

Born in Auxerre in 1883 and the eldest of four children, the young Marie experienced the vagaries of fragile health very early on.

Unable to go to school, his education is largely provided by his father, Louis Rouget, professor of philosophy at the college.

With a reserved temperament, she quickly demonstrated an artistic sensitivity: from the age of eight, she was already an excellent pianist, and enjoyed writing rhymes during family celebrations.

In 1904, two tragic events marked her deeply: while she was particularly fond of Christmas, she found on the morning of December 25 the body of one of her little brothers, who had died during his sleep.

And at the same time, the young woman - then aged 21, learns of the departure of a boy whom she thought she loved in secret.

From these painful episodes, she will choose her poetic name: Marie Noël.

My work is less a work than a sung life

The rest of her life is spent entirely in her hometown, Auxerre, which she will only leave on rare occasions.

Annuitant, she takes care of various social and religious works, while taking care of her own parents until their death.

It is in his numerous letters that one must delve to understand his work: discreet, Marie nevertheless maintains an abundant correspondence with great poets, such as Montherlant, Cocteau or Mauriac.

Two great ecclesiastics will also count in his career: the Abbé Henri Brémond, member of the French Academy, and the Abbé Mugnier, friend of the literary Tout-Paris who will become his confidant and adviser.

published in 1920, is rooted in childhood: it is with naivety and touching modesty that Marie Noël evokes her passion for popular song and the Christian liturgy.

Subsequently, his work becomes darker: in

(1947), it is the feeling of revolt that dominates, even of despair in the face of death and suffering.

During the German occupation, she put words to the pain that went through her, when she was forced to leave her family home: "

France, the Queen, in the month of a thousand flowers, France fell in the woods of great misfortune

deeply touched General de Gaulle, who awarded her the Officer's Cross of the Legion of Honor in 1960. In

, published in 1961, the poet finally seems to know joy and peace, by agreeing to run "

the risk of love

Hypersensitive, in love with the absolute, Marie Rouget-Noël would flee worldly worlds all her life, never considering herself a woman of letters.

His writing is in fact not based on dogmas or fashions, but above all on his intimate experience.

This apparent simplicity is also its strength, allowing it to simply express the most obvious truths to everyone.

In 2017, the Conference of Bishops of France officially requested the opening of an investigation with a view to his potential beatification.

Know me if you can, O passerby, know me!

I am what you believe and am quite the opposite:

The nameless dust that your foot treads on the ground

And the nameless star that can guide your faith.

I am and am not such as in appearance:

Calm as a great lake where the heavens rest,

So calm that by plunging deep into my eyes,

You will see yourself in their faithful transparency...

Which runs, dances, twirls and which life takes

I don't know where mingled with the vain paths of the wind.

Wild, folded in my fearful whiteness

Like a swan coming out of an island on the waters,

One day, and slowly through the reeds

Moves away without ever approaching the shore...

So gently bold, O traveler, yet!

A confident sparrow who comes to let himself be taken

And whose fingers you feel, clenched to hear him better, Entirely

in your hand, his heart warm and beating.

Strong as in broad daylight an army in battle

Who advances gropingly from wound to wound

And who sometimes needs so much that we reassures

him And that we give him a little hand, in the evening...

In the hollow of the earth and which rises on awakening,

Which rises, rises, madly, to the sun,

And more chilly, more, than an orphan in winter

Who lingers around closed homes, prowls

And desperately seeks a warm place

To snuggle up there for a long time without moving, without seeing clearly...

That no one will dare to put a collar around her neck,

That no one will close its lock on her,

That no one except death will make her captive...

And who will give himself entirely for nothing,

For the love of serving the love that disdains her,

To have a poor heart that begs and fears

What I said is false - And yet it was true!

Is the air in my heart sad or happy?

Know me if you can.

When my mother would extol

To you her neighbor, her guest,

My hundred virtues out loud

Without shame, without stopping;

When my old parish priest who is falling

Tells you in a low voice

What I said at confession...

You won't know me.

O passerby, when you would see

All my tears and all my laughter,

When I would dare to tell you everything

And when you would listen to me,

all my gestures, all my steps,

You won't know me!

And when my soul will pass

Before your soul for a moment

Enlightened by the great flame

Of the supreme judgment,

Will read it all to the elect,

You will not know even then

What I was in this world...

You will know it if you love me for just one moment! 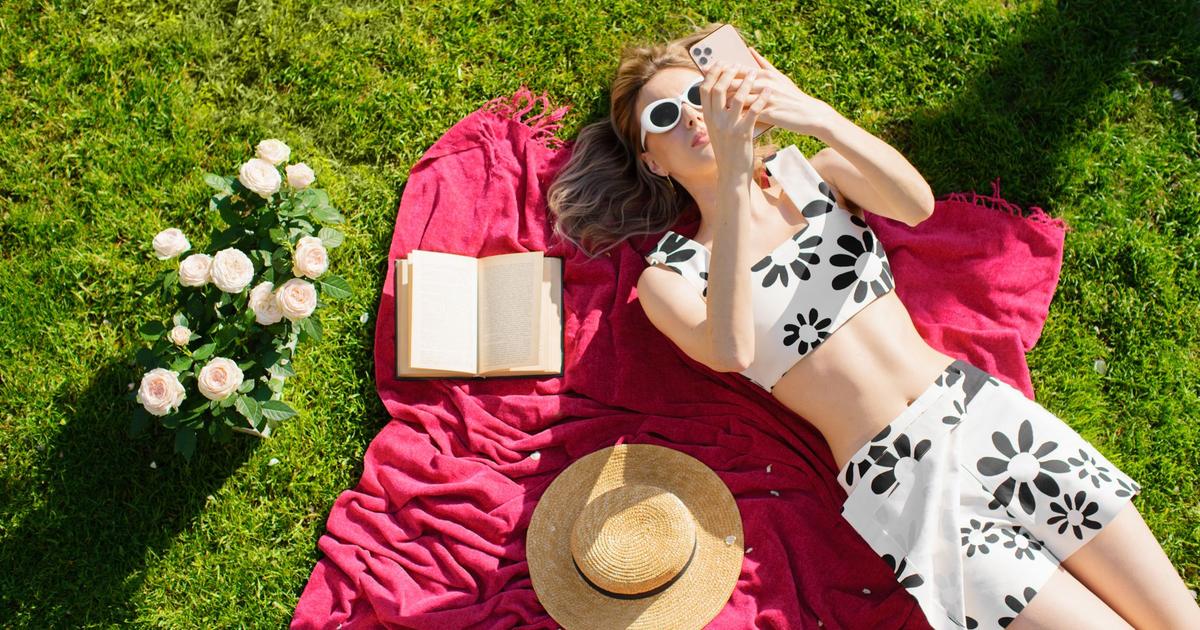 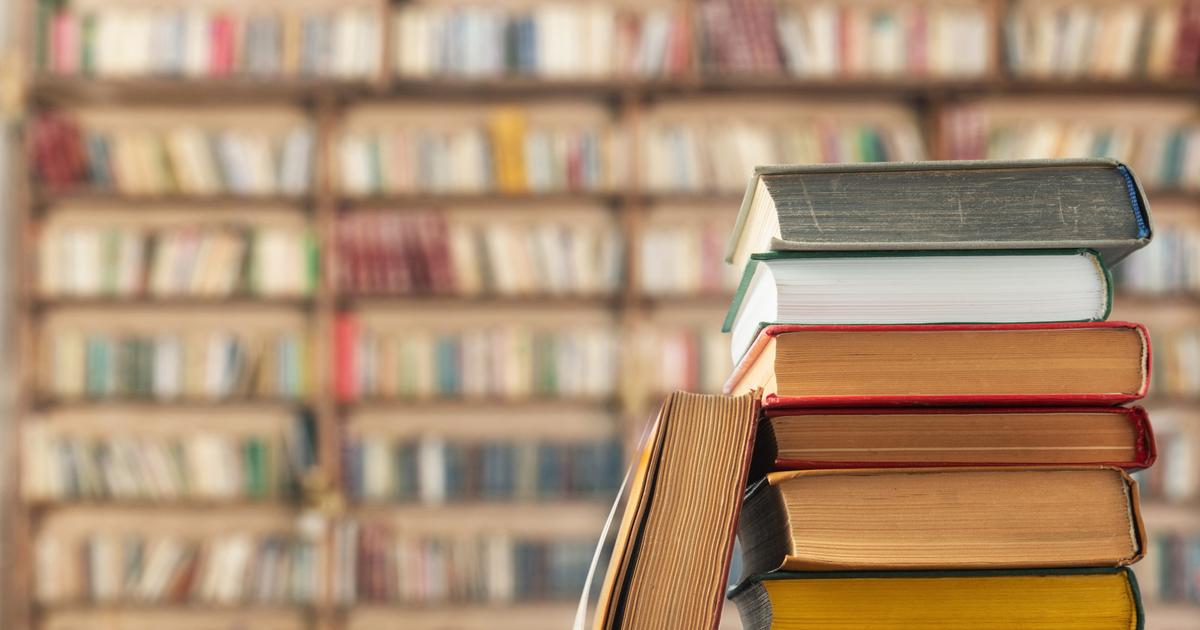 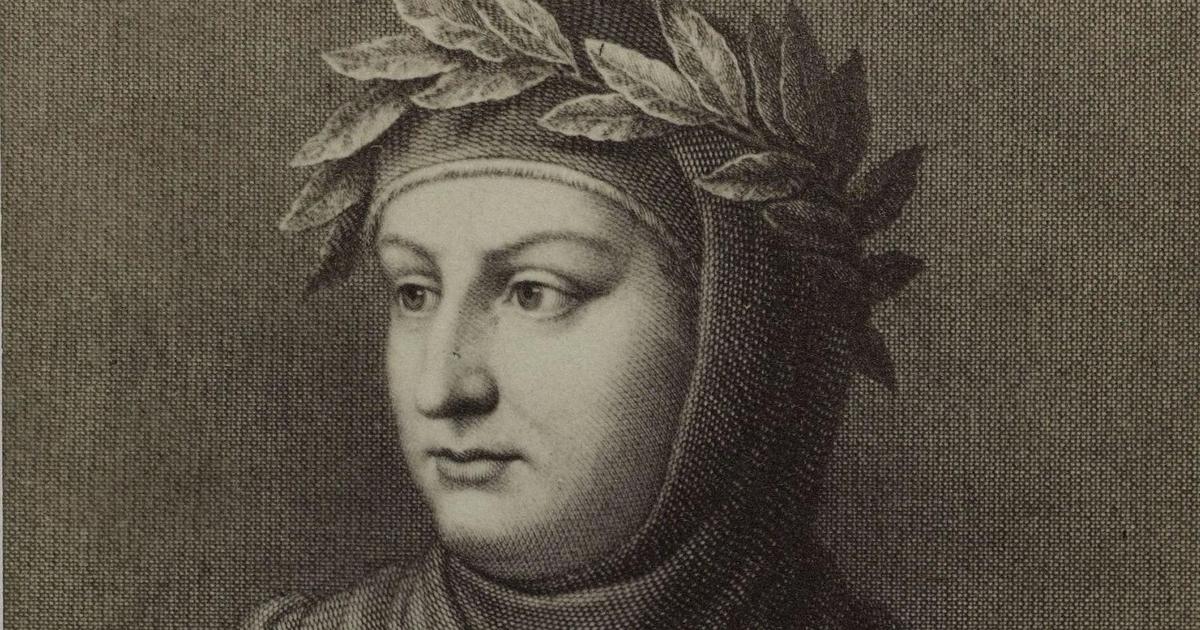 These forgotten poets: Petrarch, or the asceticism of love 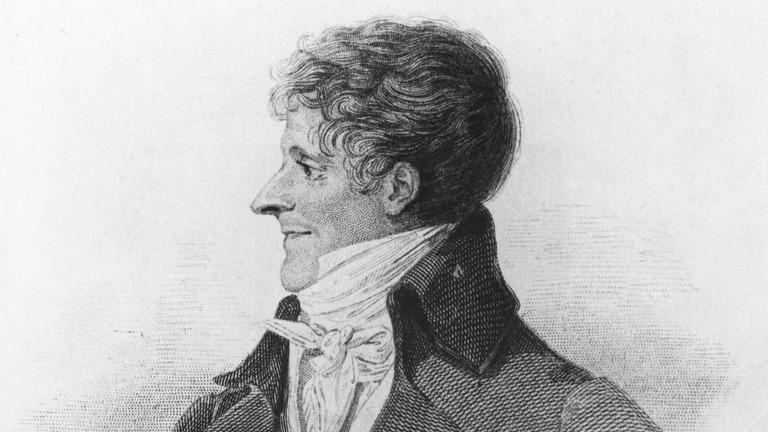 Do you want to make an Airbnb in the writer Shalom Ash's house in Bat Yam? - Walla! native 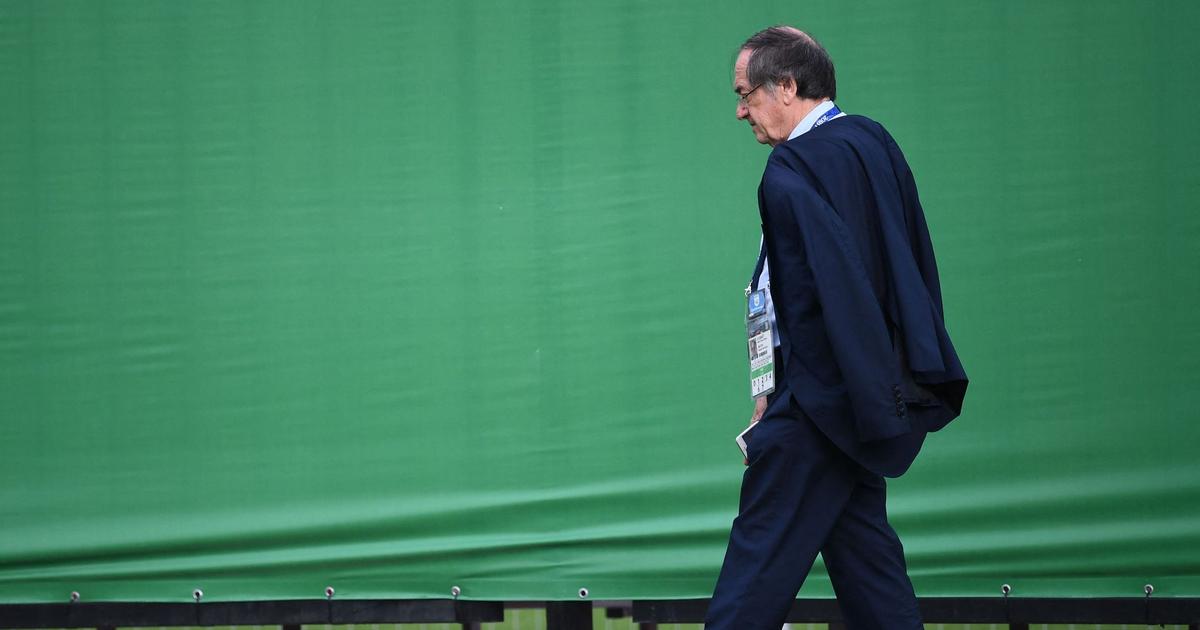 Noël Le Graët: low blows, betrayals… behind the scenes of chaos at the FFF 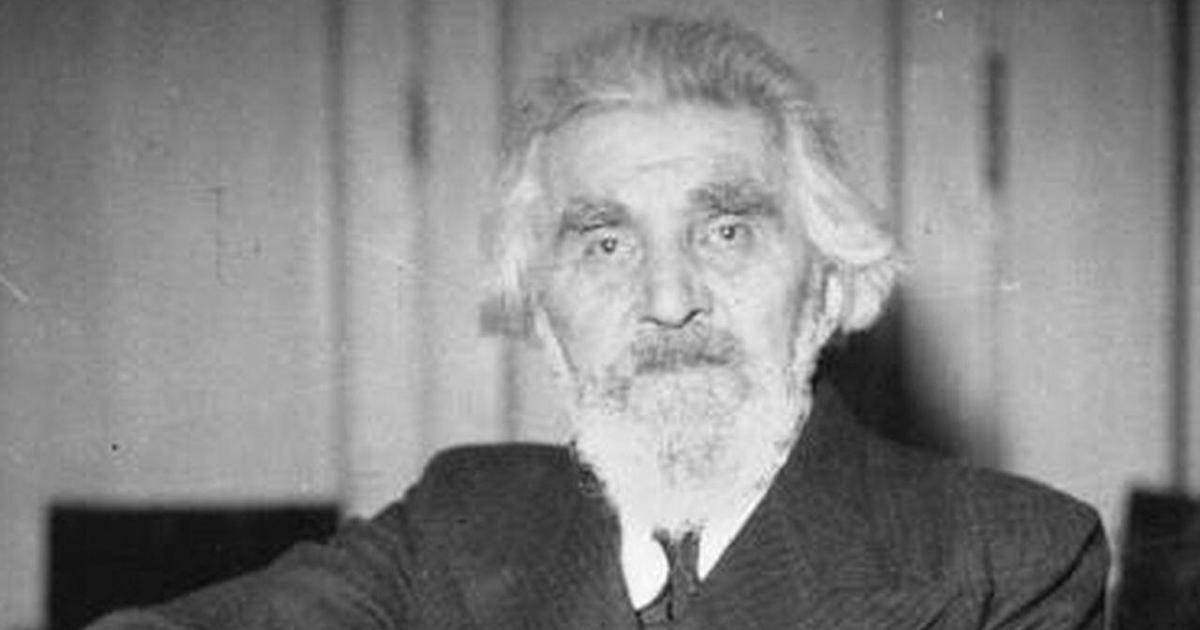