Watch the latest news from Russia's war in Ukraine for Sunday, November 27. International tension over the risk of a nuclear accident in Zaporizhia 2:10 (CNN) -- Russia may be preparing to abandon the Zaporizhia nuclear power plant, the head of Ukraine's nuclear agency told local media on Sunday. Zaporizhia is home to Europe's largest nuclear power facility and has been under Russian control since March. The persistent bombardments have raised fears of a nuclear acciden

International tension over the risk of a nuclear accident in Zaporizhia 2:10

Russia may be preparing to abandon the Zaporizhia nuclear power plant, the head of Ukraine's nuclear agency told local media on Sunday.

Zaporizhia is home to Europe's largest nuclear power facility and has been under Russian control since March.

The persistent bombardments have raised fears of a nuclear accident due to the interruption of the power supply to the plant.

On the other hand, Russian mothers launched a petition to demand the departure of Moscow troops from Ukraine on Mother's Day in Russia.

"The so-called 'special military operation' has been going on for nine months, bringing destruction, pain, blood and tears," reads the petition, posted on Change.org, which had more than 1,500 signatures as of 5:45 p.m.

Meanwhile, electricity, water, heating and internet service have been "almost completely restored" in Kyiv after Ukraine's power plants were temporarily shut down as Moscow launched a missile attack on Kyiv infrastructure. country.

Here is the latest news from Russia's war in Ukraine for Sunday, November 27:

There are signs that Russia could abandon the Zaporizhia nuclear plant

View of the Zaporizhia Nuclear Power Plant on November 24.

The head of Ukraine's nuclear power supplier says the company has received information that Russian forces may abandon the Zaporizhia nuclear power plant.

“We are now seeing signs that the Russian invaders may be preparing to leave,” Petro Kotin, the director of Energoatom, said in a statement on Sunday.

“First of all, a lot of publications began to appear in the Russian media that the Zaporizhia nuclear power plant should perhaps be left alone, perhaps it should be handed over to the (International Atomic Energy Agency) for control,” Kotin said in an interview with Media. Ukrainians this Sunday.

"It's like, you know, they're packing up and stealing everything they can find."

The IAEA has not released any information supporting Kotin's statement and CNN has contacted the UN nuclear watchdog for comment.

The Energoatom official stressed that "it is still too early to say that the Russian military is leaving the plant", but that they are "preparing".

Kotin also claimed that the Russians "put everything they could on the site of the Zaporizhia nuclear power plant, both military equipment and personnel, trucks, probably with weapons and explosives", and that they mined the territory of the plant.

Zaporizhia is home to the largest nuclear power facility in Europe, which provided up to 20% of the country's electricity before the Russian invasion of Ukraine.

It has been under Russian control since March.

The plant and the area surrounding it, including the nearby town of Enerhodar, have suffered from persistent shelling raising fears of a nuclear accident due to the interruption of power supply to the plant.

Russia and Ukraine continue to blame each other for the bombings.

Ukrainian firefighters work in the maternity ward of a damaged hospital in Zaporizhia, Ukraine, on Wednesday, November 23.

A group of mothers of Russian soldiers joined a group of activists to demand the withdrawal of Moscow's troops from Ukraine, launching an online petition on Sunday.

The campaign, organized by the Russian Anti-War Feminist Resistance group, coincides with Mother's Day in Russia.

The petition posted on Change.org is addressed to parliamentarians of the existing committees of the State Duma and the Federation Council.

"The so-called 'special military operation' has been going on for nine months, bringing destruction, pain, blood and tears," the petition says.

"Everything that happens in Ukraine and Russia worries our hearts. Regardless of our nationality, religion or social status, we — the mothers of Russia — are united by one desire: to live in peace and harmony, to raise our children in an environment peaceful and where they do not fear for their future.

“In many regions, the families of the mobilized had to independently collect equipment for their men to be sent to die, buying everything at their expense, including bulletproof vests.

Who is going to provide for the families that have lost their breadwinner?

We know the answer. All these hardships will put an extra burden on the already overburdened shoulders of mothers!" the petition continues.

The message describes the mothers of recruits and mobilized soldiers as "forced to humiliatingly knock on the thresholds of city administrations", trying to bring their men home.

They hold demonstrations, write collective calls, present petitions, but "nobody listens to them."

“We are against the participation of our children, brothers, husbands, parents in this.

Your duty is to protect the rights and freedoms of mothers and children, you must not turn a blind eye to all this," the petition says.

Electricity, water, heating, internet and network coverage have been "almost fully restored" in the Ukrainian capital Kyiv as of 9 a.m. local time (2 a.m. Miami time) on Sunday, the administration wrote. military of the city in Telegram.

Authorities said crews have entered the final stage of repair work on the power grid system.

Officials also said that most of the city's residents no longer experience emergency blackouts — imposed last month to limit power consumption — as a result of restored and stable power supply and low consumption by citizens.

Russia's invasion and the turnaround: Those were the big milestones in the Ukraine war in 2022

Pictures of the Ukraine war: great horror and small moments of happiness "Can learn a lot" - Prigozhin suddenly praises the Ukrainian army 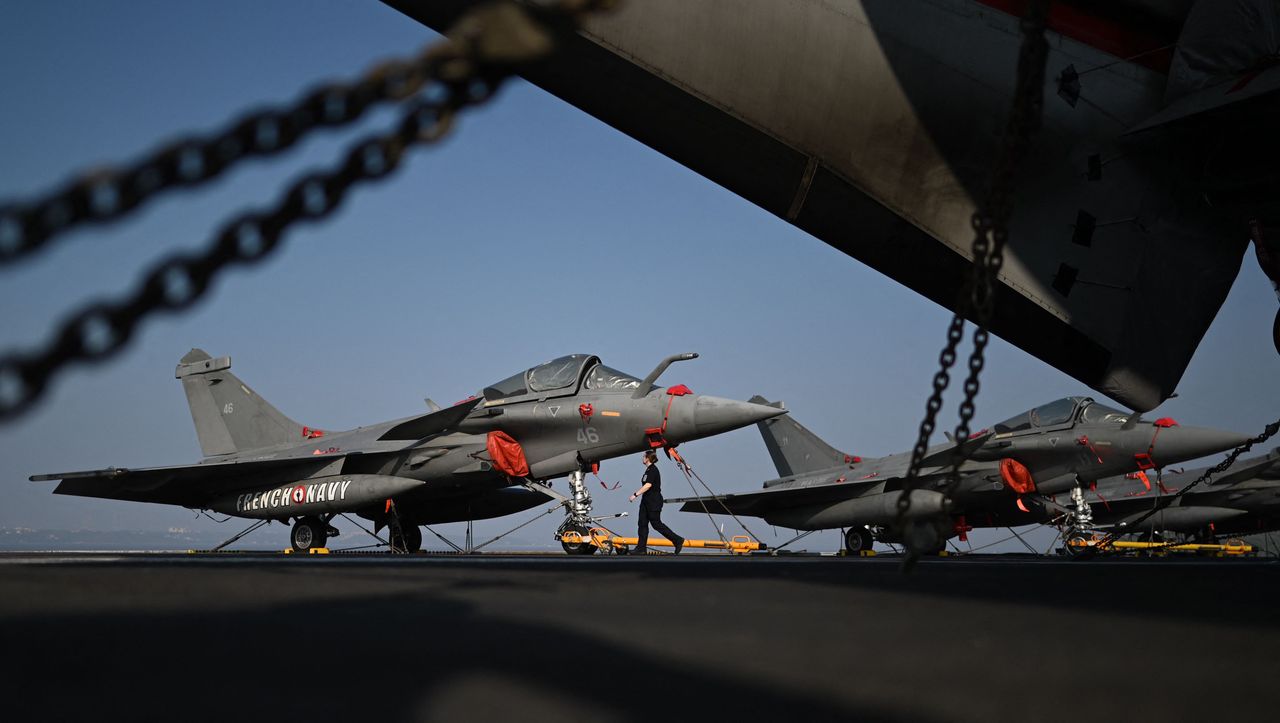 Ukraine-News: US and France open to delivery of fighter jets