Listeria: the pathogen that brings the food industry upside down

In recent weeks, there have been two outbreaks of listeriosis in Denmark and Italy that have so far totaled almost 100 people affected and four deaths. In Spain no cases have been reported, but food alerts associated with this dreaded bacterium do not stop happening 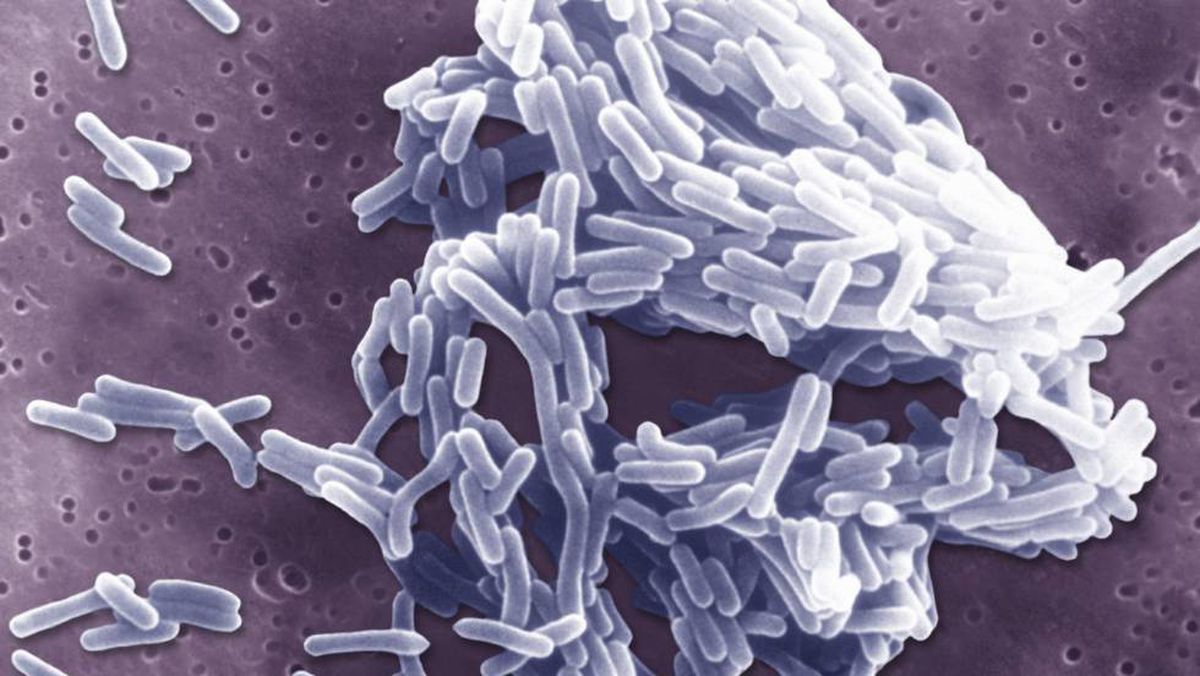 was a bacterium unknown to a large part of the population, but since 2019 it is sadly famous in Spain due to the serious outbreak of listeriosis associated with the consumption of contaminated shredded meat, which affected at least 254 people and caused four deaths and six abortions.

Since then we have been paying more attention to the news related to food alerts, especially if this bacterium is involved.

And it seems that they do not stop happening.

In the last two months, 27 alerts for the presence of Listeria in foods marketed in different countries have been notified in the European food alert system (RASFF).

Two of them stand out in particular: the first, associated with the consumption of fish cakes made in Denmark, has caused an outbreak of listeriosis in that country that has so far totaled seven people affected and one death;

while the second alert, associated with the consumption of some popular Frankfurt-type sausages made in Italy, has affected 90 people in that country, causing three deaths.

In Spain there have also been alerts related to Listeria in the last two months: one due precisely to these sausages from Italy and another two associated with nationally produced products (blood sausage and sliced ​​pork head).

All of them have been withdrawn from the market and no cases of listeriosis associated with their consumption have been reported.

It might seem that we are witnessing an abnormal situation, with more food alerts than usual.

For some people, this would be explained by the economic crisis, which would have led some companies to relax controls and food safety systems to save costs.

But if we look at the data, it does not seem that this is widespread or that the situation has changed significantly in recent months.

For example, if we look at the RASFF system records, in the last year 129 alerts for the presence of Listeria in food have been notified in Europe, a figure very similar to that of the previous year, when 131 alerts were notified for this cause.

The incidence of listeriosis has not experienced statistically significant changes in the period 2016-2020 either.

Every year some 2,400 cases are registered in the European Union (around 0.50 cases per 100,000 inhabitants), with the exception of 2020, when the figure was slightly lower, most likely due to the confinement caused by the coronavirus pandemic. covid.

If we make comparisons with the main foodborne diseases, we will see that the incidence of listeriosis is relatively low.

For example, during 2020, 1,876 cases of listeriosis were registered, compared to 52,702 of salmonellosis and 120,946 of campylobacteriosis, which places this disease in fifth place among foodborne zoonoses.

Taking all this into account, it is worth asking why it is the most worrying.

Why is this bacterium so worrying?

Despite the fact that in the last four or five years the incidence of listeriosis has not changed significantly, if we consider a longer period of time, we will see that it does follow an upward trend, to the point that it is considered an emerging problem of public health.

This, added to the existing social concern in our country, can make us think that food controls are getting worse.

But just the opposite happens.

If there are more problems associated with Listeria now than decades ago, it is partly because it is analyzed and diagnosed more and better than before.

To this we must add that we increasingly have a greater amount of ready-to-eat foods, which are the ones that carry the most risks.

Although the main reason that explains this situation is the aging of the population, since the elderly are especially vulnerable to the disease.

Listeriosis is also worrying because it is the foodborne disease with the highest rate of hospitalization and mortality.

Of the almost 1,900 people affected by listeriosis in 2020, 43% required hospitalization (780 people) and around one in eight people died, representing a mortality rate of 13%.

It must be clarified that listeriosis can have different effects on health, depending on factors such as the bacterial load in the contaminated food, the strain and the susceptibility of the affected person.

Thus, in risk groups, such as immunocompromised people, the elderly (especially if they are over 84 years of age), pregnant women and young children, it can become very serious, causing disorders such as sepsis, meningitis, pneumonia, endocarditis, serious injuries in the fetus or abortions.

However, in healthy people it generally produces a mild gastroenteritis, with symptoms similar to those of the flu: diarrhea, headache, muscle aches and fever (it may even not even present symptoms, as occurs in 10% of people). that contract the bacteria).

In these cases, you don't even usually go to the doctor, so it is an underdiagnosed disease.

On the other hand, the incubation period of the disease can vary, depending on the strain, and can be very long: it is generally one to two weeks, but it can be less or even up to 90 days.

This can greatly complicate the epidemiological investigation when looking for the origin of an outbreak, which explains why it can last for a long time.

To get an idea, the largest outbreak recorded to date occurred in South Africa over more than a year (between January 2017 and June 2018), as researchers were unable to trace the source.

It turned out to be a cooked meat product similar to mortadella (Bologna sausages), which ended up affecting 1,060 people and causing 216 deaths (a 20% mortality rate).

An outbreak in Scotland that started in October 2020 and whose origin is still unknown (suspected smoked salmon) is currently under investigation.

It has affected 14 people so far and has caused three deaths.

Seven questions and answers about listeriosis

Why is it so concerned in the industry?

is today the bacterium that causes the most concern in the food industry because, in addition to being potentially serious for health, it has some very particular characteristics that make it capable of developing and surviving in unfavorable environments: it survives in wide ranges of pH (from 4.3 to 9.5), with little oxygen or even with a high proportion of salt.

In addition, since all these conditions prevent the development of many other bacteria, Listeria is favored, because it has no competition.

As if that were not enough, it is capable of forming biofilms on different surfaces: work tables, machinery, cutting boards, knives, etc.).

These are structures that serve as protection and that make it very resistant against external agents, such as detergents and disinfectants used in routine cleaning programs.

This makes Listeria very difficult to kill (and even detect if proper sampling is not done).

Another characteristic that makes this bacterium so particular is that it can grow at low temperatures (between 0ºC and 3ºC), something that others cannot normally do.

In addition, it resists heating up to 45ºC.

For all these reasons, the foods that present the greatest risk in this regard are those that are sold ready-to-eat, especially those that are stored cold for a long time and that do not need to be heated or cooked: meat products (sausages, cold cuts, etc.), ready-to-eat fish (for example, smoked salmon), cheeses (especially raw milk), prepared sandwiches, etc.

Actually, almost any food is susceptible to being contaminated with this bacterium, since it is widely distributed in the environment, so it can be present, for example, in fruits or vegetables (without going any further, there have been outbreaks associated with the consumption of cantaloupe).

What is done in the industry to end it?

In industry, food safety is mainly based on prevention.

To ensure that food is safe, it is mandatory to have a food safety management system that consists of two parts.

The first is a system of prerequisites, which consists of providing a series of conditions that enable the safe handling and processing of food;

for example, plans to manage waste, to control pests, to control water quality or to implement cleaning and disinfection programs.

In each of them the guidelines to be followed are established based on the specific characteristics of each installation or production process.

The second part on which food safety control is based is a system of hazard analysis and critical control points (HACCP), which consists of identifying the parts of the production process that are especially sensitive and applying controls to ensure that the food is safe.

The food safety management system includes actions to check whether the measures are effective and, if they are not, corrective actions are taken to prevent failures from repeating themselves.

However, the controls are not infallible.

Failures can occur for different reasons, such as negligence, undetected fortuitous incidents, etc.

In these cases, when there is news of a problem, a food alert is notified to quickly inform all the agents involved and take the necessary measures, such as the withdrawal of the affected product.

What can we do at home to avoid risks?

If we are healthy people, we can reduce the risks associated with Listeria by following some basic rules that will also avoid problems with other pathogens: wash hands, utensils and food that we are going to eat raw, separate dirty or raw foods from those that are already are ready to eat, heat or cook food thoroughly and refrigerate perishable foods (cold does not stop Listeria growth, but it slows it down).

However, if we belong to a risk group, as is the case with immunosuppressed people or pregnant women, it is advisable to take extreme precautions, strictly applying the above measures and adding others: Sausage recall because of listeria: consumption can have serious consequences

Sausage recall: there is a risk of serious health consequences if consumed It's cold out there: this kibbutz has a bunch of delicious offers just for the winter months Israel today 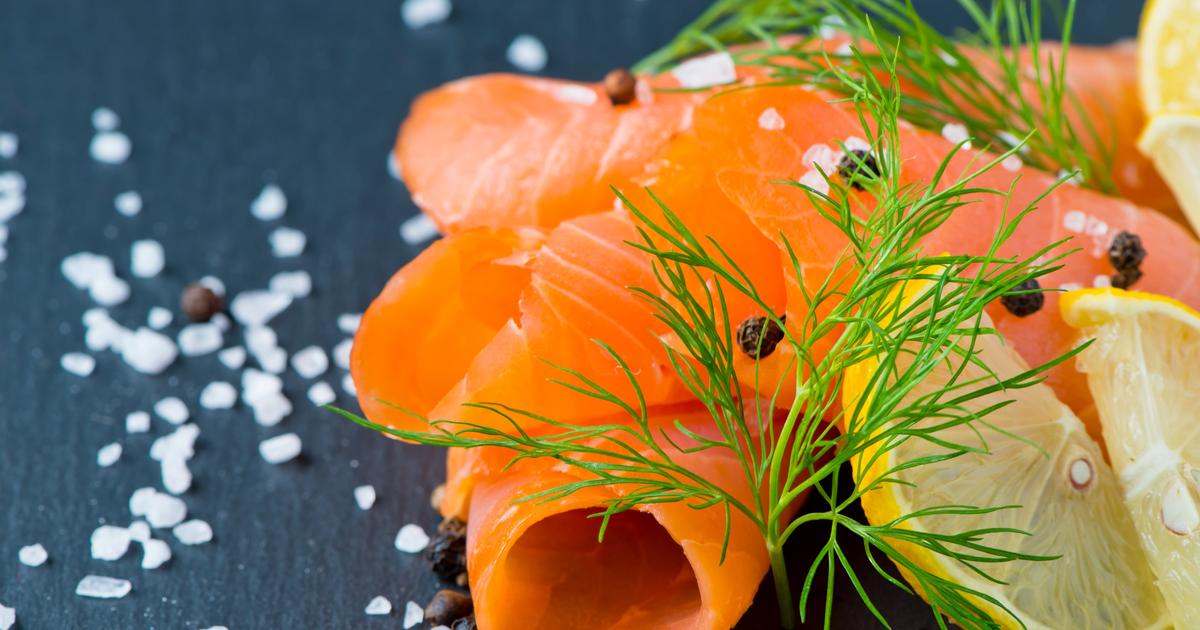 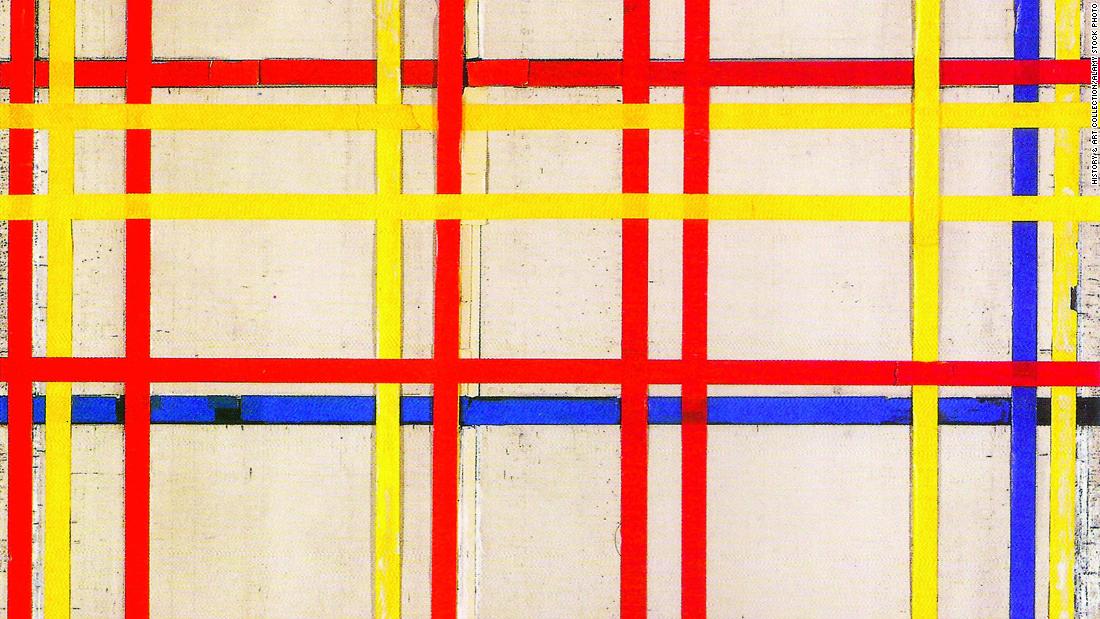 The five works of art that were —accidentally— exposed upside down 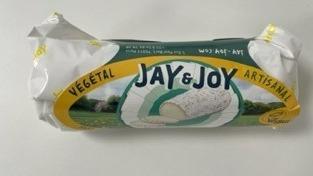