After the pressure on Smotritz: Religious Zionism and Likud agreed to the appointment of a temporary Knesset Speaker - Walla! News

The Likud and religious Zionism reached progress in the negotiations against the background of the Likud's ambition to seal the parties as quickly as possible. This may help promote the law that will allow the appointment of Deri as a minister before the government is sworn in - for this, the future coalition must first replace the speaker of the Knesset with someone from its own behalf, to prevent delays in legislation in the Knesset

The Likud and religious Zionist parties made progress in the negotiations and reached the threshold of signing. Netanyahu and Smotrich at the end of a meeting (photo: official website, Likud spokespersons)

The Likud and the religious Zionist parties made progress tonight (Tuesday) in negotiations and reached the threshold of signing and agreements on most of the issues, in which it was decided to appoint a temporary Knesset speaker immediately. This, in accordance with the request of Prime Minister-designate Benjamin Netanyahu. The negotiations are expected to continue tomorrow as well. In

Likud They strive to have all the parties sign agreements as soon as possible, but Netanyahu does not plan to inform President Yitzhak Herzog yet that he has managed to form a government. This is due to the demands of his partners for legislation that precedes the swearing in of the government, chief among them - the demand of Shas chairman Aryeh Deri, the designated Minister of the Interior and Health, to enact a law that would allow him to be appointed as a minister, despite being convicted of tax offenses last year. In order to promote the law that would allow Deri to be appointed as a minister even before the inauguration, the future coalition must first replace the Speaker of the Knesset, Miki Levy, with someone on her behalf, so that there are no delays in legislation in the Knesset.

The Shas claim that they made major concessions during the talks. Netanyahu, Smotrich and Deri (Photo: Reuven Castro)

Yesterday, Religious Zionist Chairman Bezalel Smotrich met with Netanyahu. At the end of the meeting, Smotrich announced that "there is progress.

We are much more optimistic." At the same time, Shas Chairman Aryeh Deri expressed great anger at Prime Minister-designate Likud Chairman Binyamin Netanyahu, and sharply criticized the conduct of the coalition negotiations.

According to Shas sources, Deri met with Netanyahu yesterday afternoon and shouted at him "It is impossible to negotiate with you, it is not serious, it is behavior that I cannot understand".

Shas claims that they made major concessions during the talks. Deri first demanded to be appointed Minister of Finance, gave up half the term and agreed to share the position with the chairman of religious Zionism, Bezalel Smutritz.

Also, Deri waived the demand to receive the ministry of the Negev and the Galilee in favor of Otzma Yehudit.

"I don't understand until this moment how we have 64 mandates and we haven't changed the Knesset speaker," Deri told members of the Shas faction at the weekly meeting in the Knesset. R. Knesset.

I'm too young to understand it."

The law that will prevent a rebellion in Likud: the Knesset votes to cancel the possibility of 4 MKs to split from their party - voila! News

Two hours to the end of the mandate: Netanyahu is working to finish signing the coalition agreements - voila! news

Protest over the conclusion that will prevent Israel from joining the Istanbul Convention: "There is no limit to the attempts to harm women" - voila! news

A day before the expiration of the mandate: Netanyahu is expected to inform the president that he has managed to form a government - voila! news

Bitan: "The Likud lost it in the negotiations, Smotrich and Ben Gvir think they succeeded better than us" - Voila! News 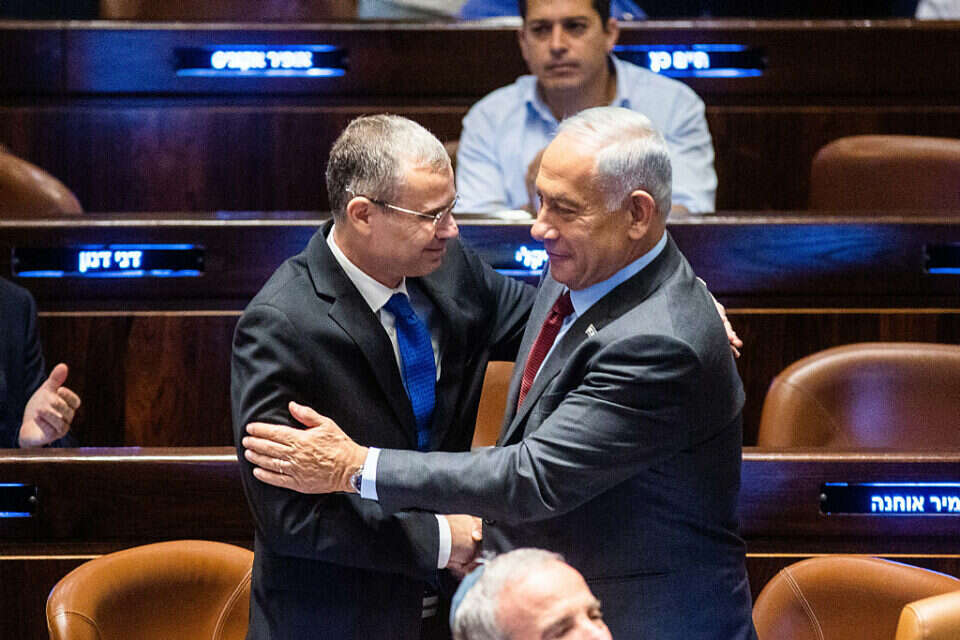 On the way to the Ministry of Justice: Levin resigned from the position of Speaker of the Knesset | Israel Today

The inauguration, the ministers and the speeches: everything you need to know about Netanyahu's sixth government - voila! news