Al-Hol: the open-air prison that no one wants to look at

Spain and the rest of the member countries of the Global Coalition to fight the Islamic State, local administrations in Syria and humanitarian organizations must increase their efforts to prevent further violations of the rights of children and women imprisoned in this field 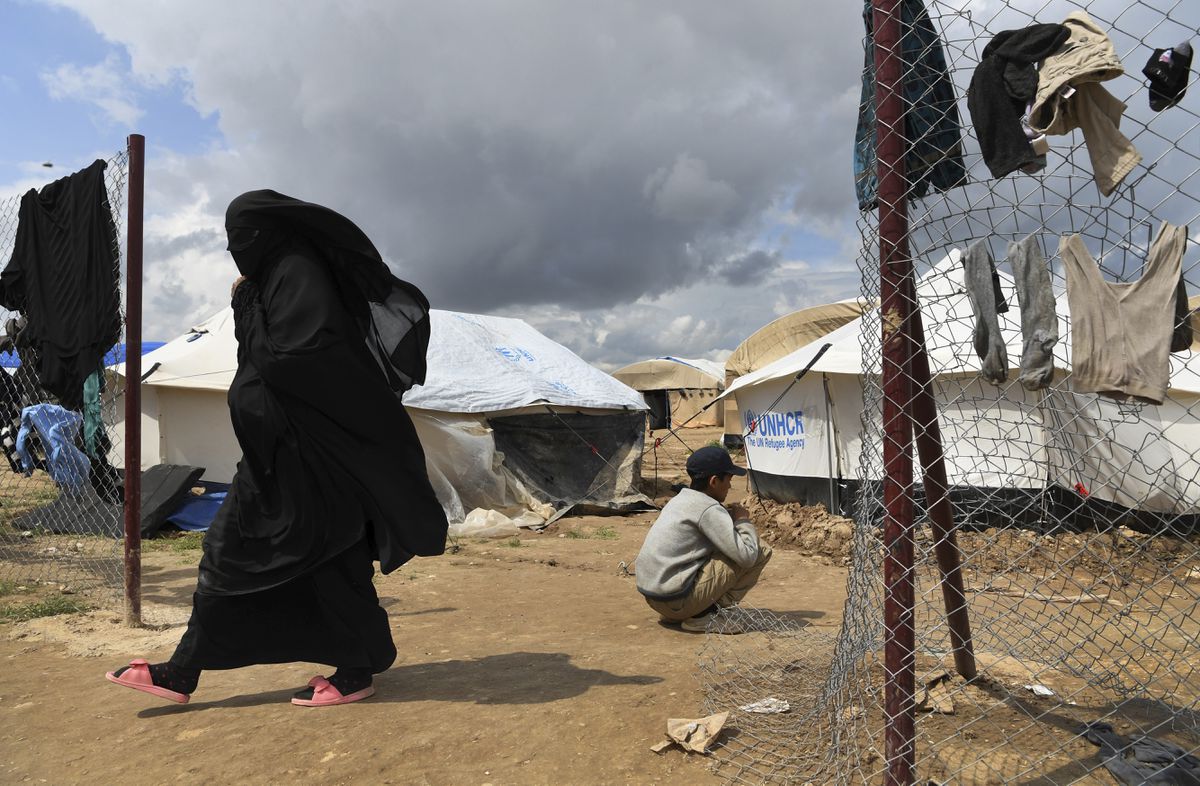 Al-Hol camp, in northwestern Syria, was initially designed to provide temporary and secure accommodation and humanitarian services to civilians displaced by the conflict in Syria and Iraq.

After the transfer of thousands of people from the territories controlled by the Islamic State, in December 2018 this prison became an open-air prison, unsafe and unsanitary and from which it is almost impossible to get out.

Exceptional policies have been implemented that involve the indefinite and arbitrary detention of around 53,000 children, women, and men in the camp.

All of them — half of them children under 12 years of age — languish in a very violent context, without protection resources or means of subsistence, with very limited access to basic services and without prospects for the future.

In 2021, the leading cause of death in the countryside was crime-related violence, which accounted for 38% of all deaths

Barbed wire, fences and trenches line the perimeter of the camp, and multiple checkpoints run by security forces monitor all movement in and out.

The camp is divided into two zones: a main area, where Syrians and Iraqis live;

and another where women and children of another 60 nationalities reside, which they call The Annex.

The latter suffer additional restrictions on freedom of movement and access to basic services.

They are also not allowed to have a mobile phone or television and are prohibited from communicating with others outside of Al-Hol.

All the residents of this camp are caught in a spiral of continuous violence.

On the one hand, increasingly dangerous criminals, with access to weapons;

on the other hand, the excessive security measures inside the field add high levels of suffering to an already limited situation.

The consequences are harsh: in 2021, the leading cause of death in the countryside was crime-related violence, which accounted for 38% of all deaths.

Boys and girls are especially vulnerable.

Violence leads the causes of infant mortality, followed by run-overs and drowning after falls into deep ditches of dirty water.

The conditions in this camp are similar to those in a prison.

Medical services are very limited, especially in the Annex, where there is only one fixed clinic, run by Doctors Without Borders (MSF), and three mobile clinics for a population of about 11,000 inhabitants.

MSF often pushes for easier medical consultations outside the camp for patients who need it, but usually only the most urgent cases are referred.

Currently, there are about 700 people on the waiting list for non-urgent care outside the field.

These must be authorized by those responsible for Al-Hol.

In February 2021, a seven-year-old boy died on his way to hospital, under armed guard, separated from his mother, and in agony.

He had suffered second degree burns to his face and arms.

He had to wait two days to obtain permission from the camp authorities to be transferred to the hospital.

In addition, the medical surveillance that could save his life was less than an hour's drive away.

Unfortunately, this is not an isolated incident.

It is also common that children cannot be accompanied by a family member or caregiver and must go to the referral hospital alone.

The impact on the physical and mental health of children and adolescents is devastating.

The forcible arrest and separation of male children who appear to be over the age of 11 has become routine and systematic in the Annex.

It is also common for security forces to take children from common areas, such as the market or squares, during the day.

All of this is committed without the consent of their parents or caregivers.

Between Two Fires: Danger and Despair in Syria's Al-Hol Camp

Repatriation: one of the possible solutions, but not the only one

These days the news has circulated that the Spanish government is going to repatriate several women and children of Spanish nationality who live in the fields of Syria, several of them in Al-Hol.

The news is exceptional because the possibilities of leaving the camp are very limited, as many residents have told MSF colleagues who work in this area.

In February 2021, a seven-year-old boy died on his way to hospital, under armed guard, separated from his mother, and in agony.

Spain is one of the 85 countries that make up the Global Coalition to fight against the Islamic State, and that, in addition, has subcontracted the management of the Al-Hol camp, to the Autonomous Administration of Northeast Syria and the Syrian Democratic Forces.

These entities have focused on short-term security and containment, without managing the field in accordance with international law and standards.

Neglect and mismanagement of the camp by local authorities in North East Syria and members of the Global Coalition have left tens of thousands of men, women and children in this refugee camp trapped in recurring cycles of violence. and exploitation, stripped of their rights under international law and with limited access to humanitarian assistance.

Repatriation – voluntary and informed – is a possible solution for some people detained in the camp, but we cannot allow tens of thousands more to continue living in such a prison.

Spain and the rest of the member countries of the World Coalition, the Autonomous Administration of Northeast Syria, the countries with citizens in Al-Hol, donors and humanitarian organizations must increase efforts to identify long-term political solutions to end to the arbitrary detention of people in this camp/prison.

Closing one's eyes and condemning to terror an entire generation of children who currently survive in this field cannot be an option.

Raquel González is the coordinator of Doctors Without Borders in Spain. 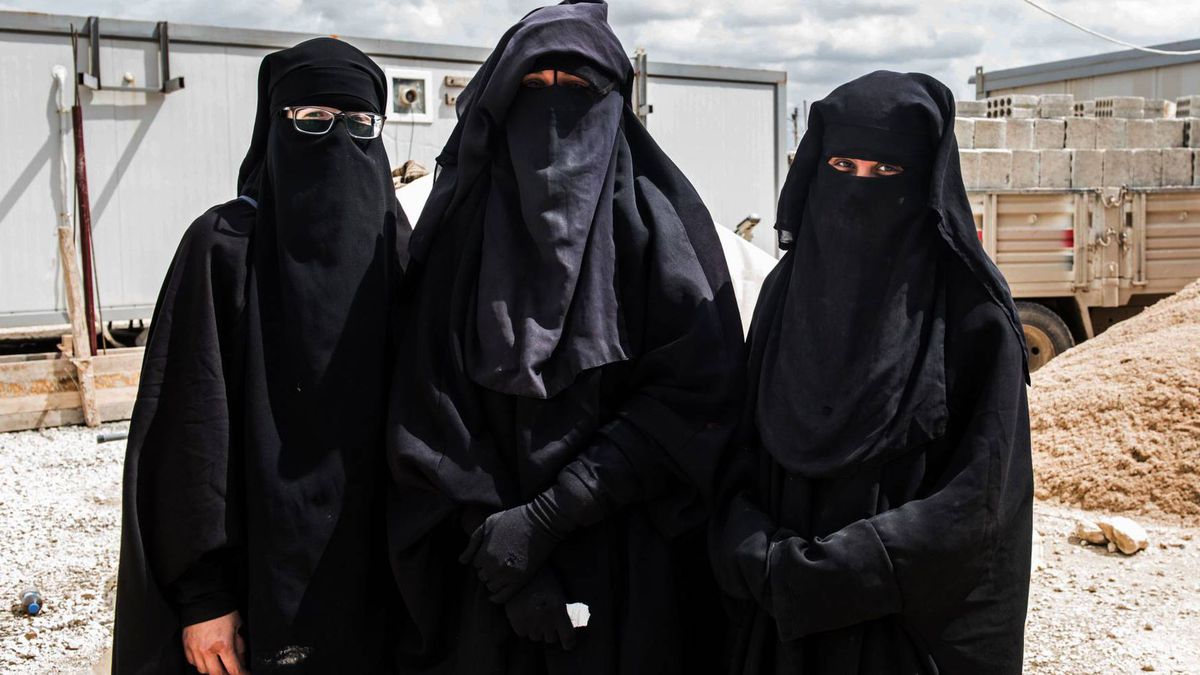 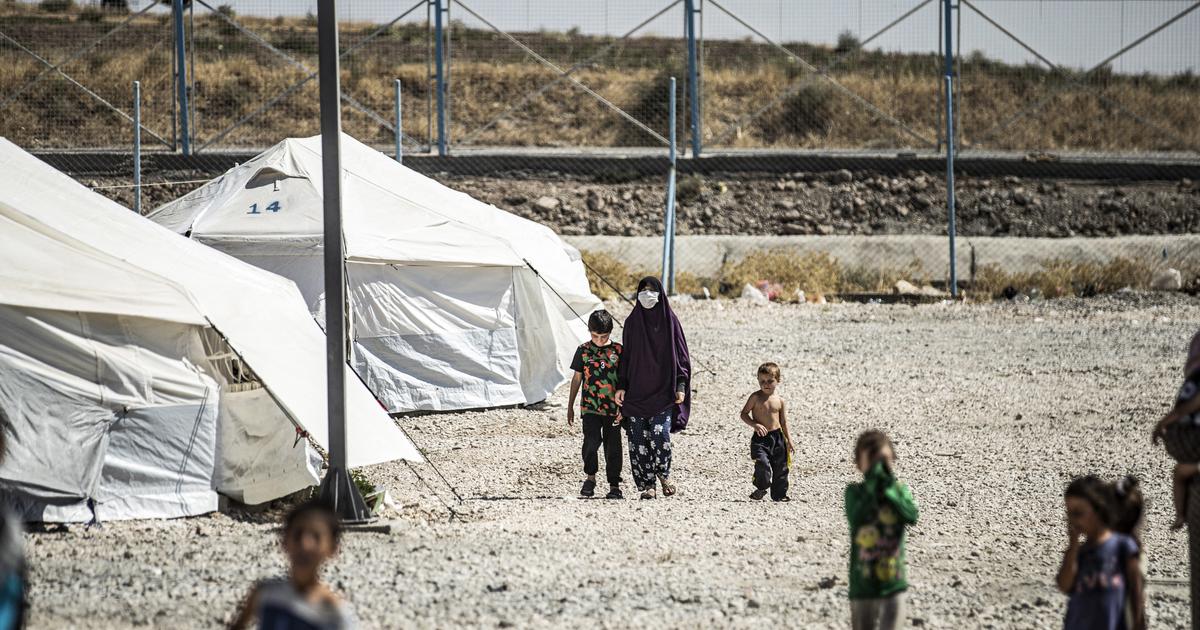 Syria: nearly 7,000 children still "trapped" in camps in the northeast 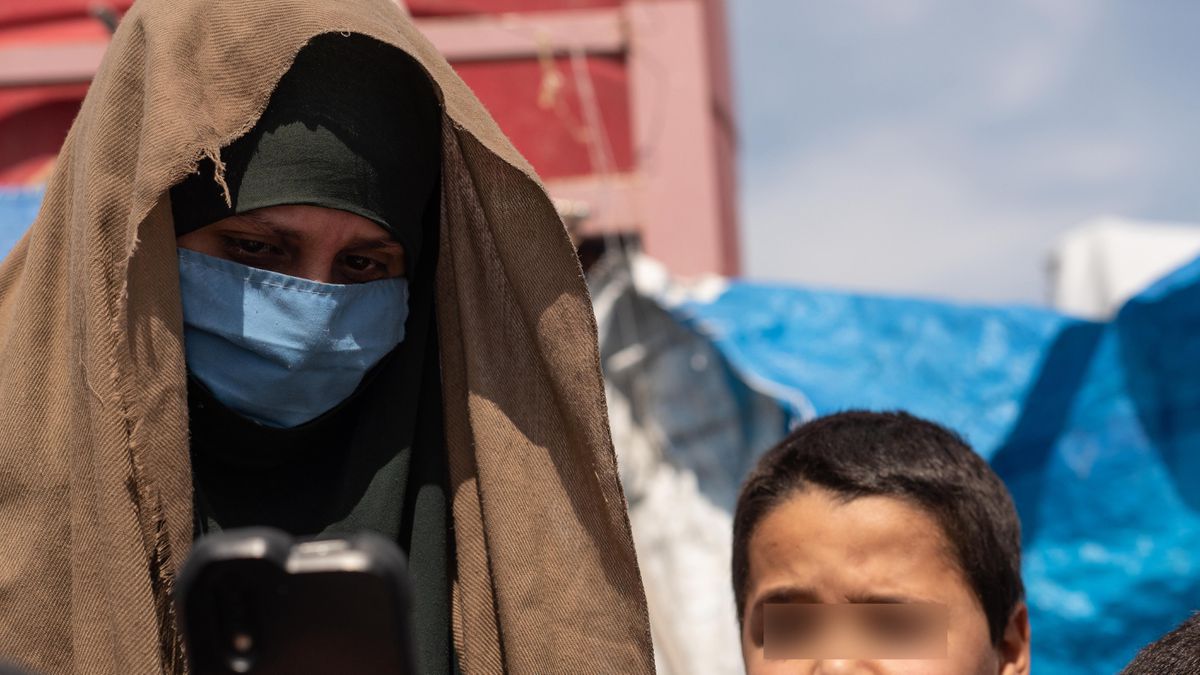 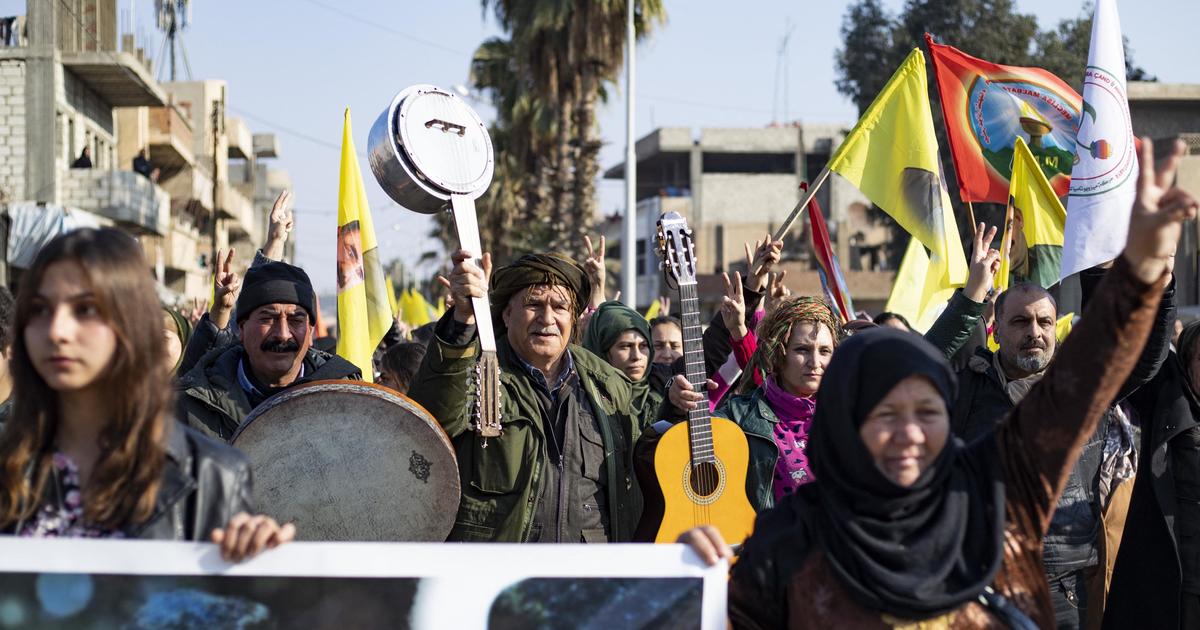 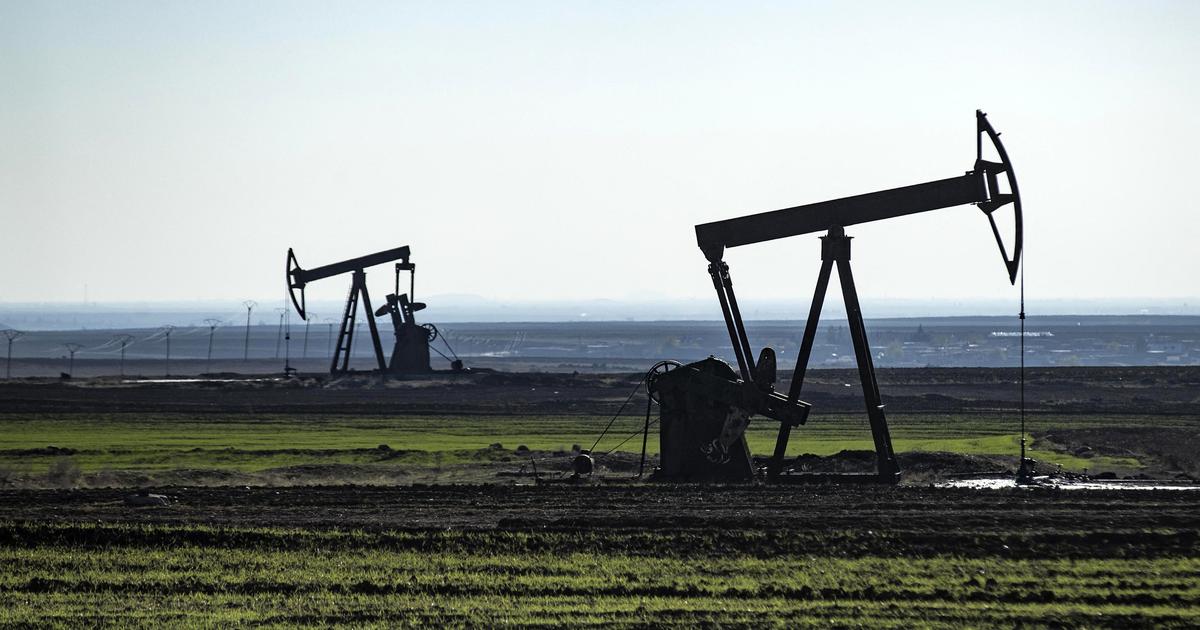 Syria: 10 workers of an oil field killed in an attack on their convoy 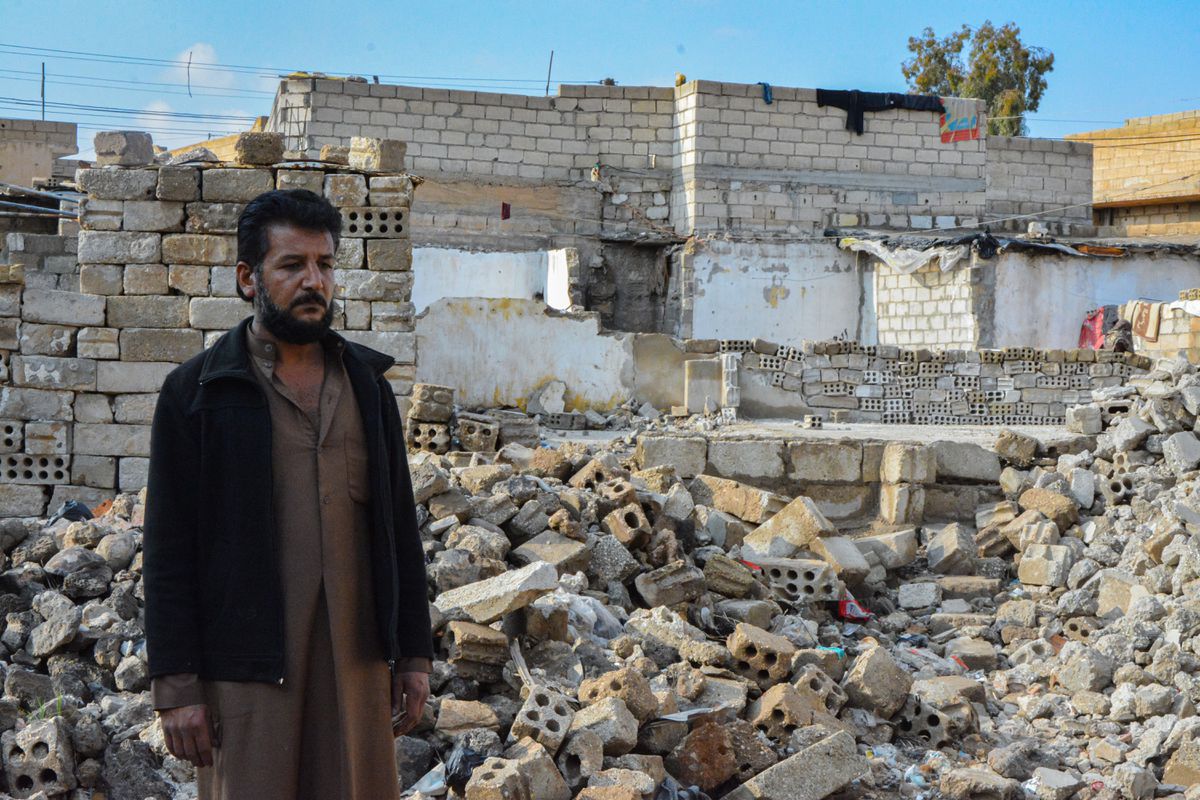 When the neighbors are jihadist prisoners: life marked by fear and abandonment in northern Syria Scattered rains, the heaviest of 18 mm, in Hatra in Quneitra

Boris Becker talks about his time in prison in the "world's only interview".