Chaos in Russia's army: Putin's soldiers are apparently getting increasingly out of control

The Russian armed forces in Ukraine complain about inadequate equipment. The mood within the troops is apparently getting worse and worse. The Russian armed forces in Ukraine complain about inadequate equipment.

The mood within the troops is apparently getting worse and worse.

Kyiv - The Ukrainian army was able to achieve an important interim success in the Ukraine war in its counter-offensive in the south of the country by recapturing the city of Cherson.

In advance, Ukrainian officials had expected a bitter struggle for the metropolis on the banks of the Dnieper.

But the Russian military gave up its positions in the city and withdrew from the region.

The city is considered an important bridgehead for Ukraine to push into the areas east of the Dnieper, which currently forms the front line in the south.

In a further advance, the Ukrainian troops could apparently benefit from the deteriorating condition of the Russian army.

That's what the experts at the US think tank Institute for the Stufdy of War (ISW) wrote in their management report on Monday (November 27).

In this, the ISW summarizes various reports that show a catastrophic picture of the state of the Russian army.

The troops not only had to contend with missing and inadequate equipment, but also with the ever-declining morale among the soldiers.

This picture released by the Russian news agency Sputnik shows a Russian recruit in the Zaporizhia region.

Russian sources report, among other things, that snipers from the special forces mobilized in the Leningrad region would not receive sniper rifles.

Instead, the soldiers should get normal rifles without telescopic sights.

The training of Russian recruits can hardly be carried out in other regions either.

Troops in the Western Military District would not currently be trained in anti-tank weapons due to a lack of equipment.

The mechanized infantry - which is supposed to work with infantry fighting vehicles or other armored vehicles - is currently only training with normal trucks.

Ukraine war: Putin's soldiers are getting out of control

In addition to the inadequate equipment, the ISW also notes increasing brutalization among the soldiers stationed in Ukraine.

The Ukrainian Resistance Center reported that Russian troops increased looting in the town of Melitopol.

In addition, physical clashes between members of the Russian armed forces are said to occur again and again.

The number of rapes committed by locals is also said to have increased.

Due to the miserable conditions in the Russian army, incidents occur again and again in which recruits refuse to be transferred to the war zone.

on November 28 that 280 Russian soldiers were detained after refusing to fight due to lack of equipment and medical supplies.

The men are said to have subsequently been threatened and psychologically tortured by their superiors in the Donetsk region.

Another Russian source also reported an incident in the Novosibirsk region.

A man conscripted for military service is said to have shot himself in the leg at the Higher Military Command School to prevent entry into the Ukrainian war zone.

Not an isolated case: the state of the Russian army is deteriorating

Reports like these are not uncommon in the Ukraine war. As early as September, it became public that the Russian military, due to a lack of bandages, had asked its soldiers to buy their own sanitary pads and tampons in order to stop bleeding in an emergency.

At the weekend, the British Ministry of Defense reported again that Russia, for lack of normal missiles, is firing nuclear launchers without a warhead in order to overload Ukraine's air defenses.

The supplies of the Russian armed forces are also said to be largely depleted of artillery ammunition.

This also has a significant impact on Russia's strategic approach.

So far, the army had repeatedly prepared its ground offensive with heavy artillery fire.

On the battlefield, Russia could thus be pushed further and further onto the defensive. 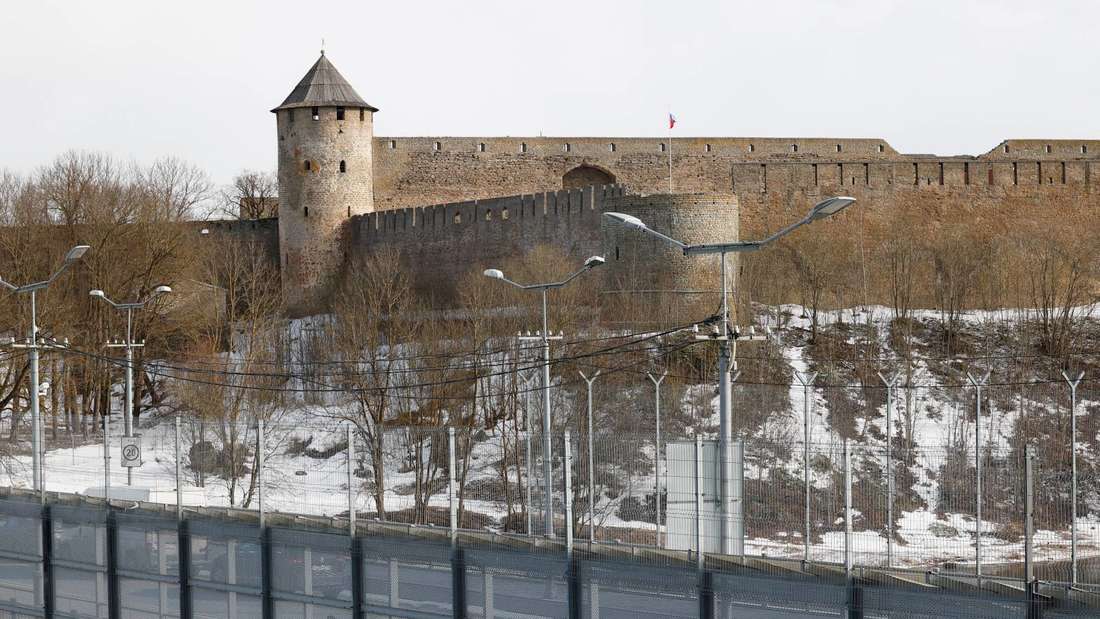 Report fuels concern: are Wagner allies planning an attack on NATO behind Putin's back?