China expert: If the protests expand, there is a risk of more violence from the police

China expert: If the protests expand, there is a risk of more violence from the police Created: 2022-11-29 09:04 By: Sven Hauberg In China, people are taking to the streets against the government's corona measures. Expert Vincent Brussee explains whether the demonstrations endanger the power of the Communist Party. Munich/Beijing – These were the largest demonstrations the country has seen in

China expert: If the protests expand, there is a risk of more violence from the police

In China, people are taking to the streets against the government's corona measures.

Expert Vincent Brussee explains whether the demonstrations endanger the power of the Communist Party.

Munich/Beijing – These were the largest demonstrations the country has seen in decades: since last weekend, people have taken to the streets in around a dozen cities in China to demonstrate against the government's corona measures.

The wave of protests was triggered by a fire in the province of Xinjiang, in which ten people died last week - possibly because corona barriers prevented the extinguishing work.

In an interview, China expert Vincent Brussee from the Merics think tank explains what the protests mean for China's communist leadership.

Mr. Brussee, some observers describe the current protests as the greatest challenge for China's communists since 1989. Do you share this view?

We are certainly witnessing some of the largest protests in decades in China.

The demonstrations themselves may not necessarily be the greatest threat, but the general situation the country finds itself in could very well be.

How big is the extent of the protests, can you estimate that?

The protests have spread to at least a few dozen cities and college campuses, but exact numbers are difficult to verify.

In some cases, maybe a few dozen people take part in the protests, the largest demonstrations we've seen maybe a few hundred to a thousand people.

The potential consequences for citizens taking part in these protests are severe, and online censors are working overtime cleaning the internet of protest messages, potentially limiting the protests to a few, extremely brave citizens.

Vincent Brussee conducts research at the Berlin Mercator Institute for China Studies (MERICS), among other things, on Chinese governance and society.

He also deals with the social credit rating system and the regulation of digital media in the People's Republic.

Who is on the streets, what kind of people are they?

They are mainly – but not exclusively – younger, well-educated city dwellers.

We saw a lot of protest movements, especially at the universities.

In some cases, overseas Chinese diaspora have also taken to the streets and protested in front of Chinese embassies and consulates to make their voices heard.

In contrast, we did not see similar participation from older or rural citizens.

It seems that at least some of them are still supporting China's Covid-19 strategy, even if the effects are increasingly being felt.

There are always protests in China.

What is different about the current demonstrations?

Indeed, protests in China are anything but unusual.

But in most cases, the protesters are concerned with a specific local grievance, and when their demands are met, the protests dissipate.

This could be getting the lockdown on their neighborhood lifted, a company paying back wages, or getting more compensation after being resettled to build a new expressway.

These protests are different because they address a nationwide issue that many across China can relate to.

The protests began to commemorate the deaths of at least 10 citizens in Urumqi, where a fire in a cordoned off and barricaded building killed at least 10 people.

Over the weekend, the protest quickly spread to Shanghai, Beijing and many other major cities as citizens were angered by the undue impact of the zero-Covid policy on their lives and freedoms.

Some people in big cities are now facing their third or fourth lockdown and many are fed up with the direction the country is taking.

However, a change of course is not to be expected...

China is facing a major wave of Covid-19 while the country is barely prepared to reopen.

For many there is no light at the end of the tunnel.

Could the protests endanger the rule of the Communist Party (CCP)?

It is unlikely that these protests will systematically threaten the CCP's rule.

For one thing, most of the protests seem to be directed against the arbitrary nature of many Corona measures and their impact, not against the rule of the Communist Party as a whole.

In addition, China's authorities have tried and tested tools for dealing with protests.

How does it look?

As soon as a protest arises, they restrict access to public spaces, impose strict censorship and arrest the organizers of the protests.

This keeps small protests from growing into large, organized movements.

This is what we see now: each protest movement has slightly different demands and brings different grievances.

Coordination is limited, which reduces the threat to the system.

The police still seem to be reluctant to respond.

How do you explain that?

The police are generally sticking to their best practice, cracking down on a few organizers and ringleaders of the protests with a heavy hand in the hope that the others will gradually disperse and disband.

So far, the protests seem to have been limited in this way.

Do you fear that there could be more violence?

However, should the protests expand into larger groups, the police could take tougher action and respond with more violence.

However, this could also lead to further backlash, so authorities generally only resort to such measures when protests are truly out of control.

Are the protests only directed against the Corona measures – or is there more to it?

In general, it's really difficult to say to what extent the protesters are protesting against the CCP or just against the Covid-19 measures.

The demonstrators know that if they speak out against the system and not just the measures, their protests will be crushed even faster and harder.

There are still some who publicly advocate freedom, democracy and the resignation of Xi Jinping, but these people are in the minority.

Instead, most exercise cautious self-censorship to avoid negative consequences.

What is clear, however, is that large sections of the population share fear and concern about the country's course

Has Xi Jinping underestimated the population's dissatisfaction with the corona measures?

China's authorities had tried to respond to popular displeasure at the corona measures by releasing a 20-point adjustment to their strategy earlier this month.

They had probably hoped that this would alleviate some of the resentment.

But those announcements appear to have backfired: cases spiraled out of control, prompting renewed widespread closures and reversals of earlier easing.

It is very possible that even now, Xi Jinping does not know the exact extent of the dissent, just as we in Europe have difficulty judging the extent of self-censorship.

Before the Omicron variant emerged, it helped save millions of lives, but the country failed to capitalize on that window of opportunity.

Many local governments can no longer afford the costs of mass testing and regular lockdowns as the country slowly loses control of the coronavirus.

Therefore, China will have to adapt sooner or later.

But given low vaccination rates - only forty percent of older people have received a booster shot - and limited health care resources, this will certainly not be a smooth process.

A sudden opening could cause over a million deaths.

Xi Jinping must therefore carefully weigh his options and draw up a strategic roadmap. 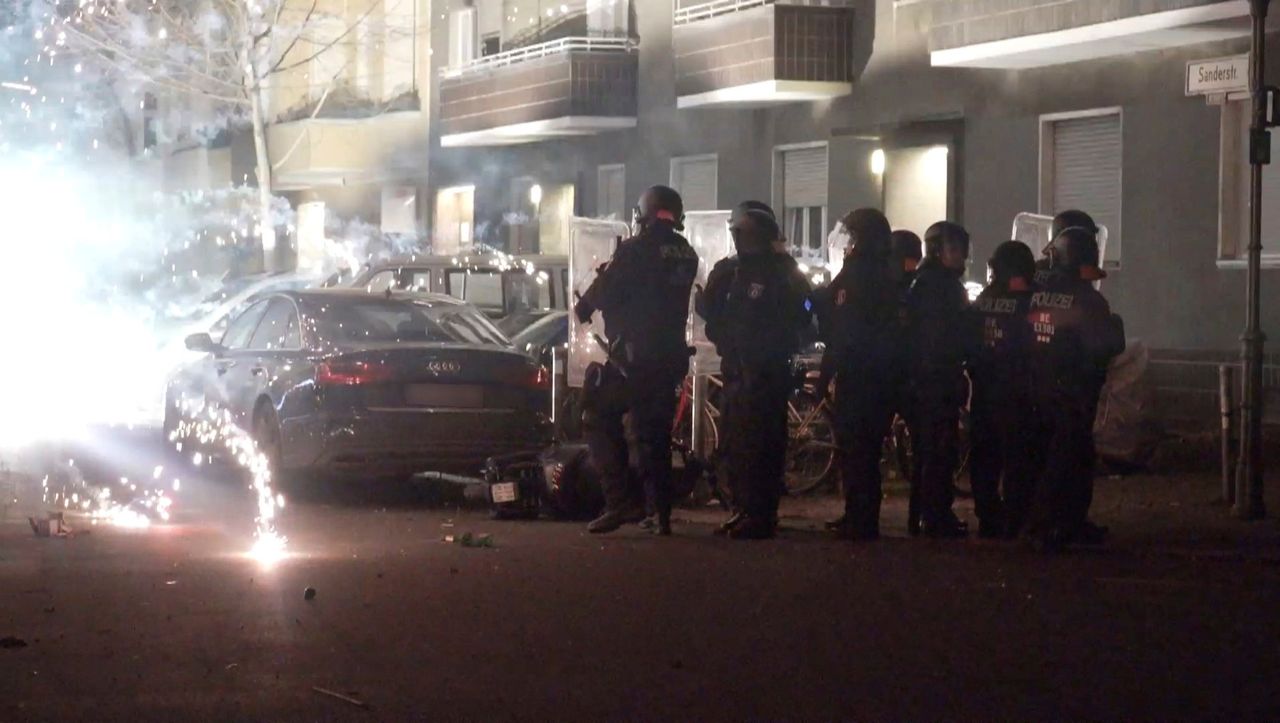 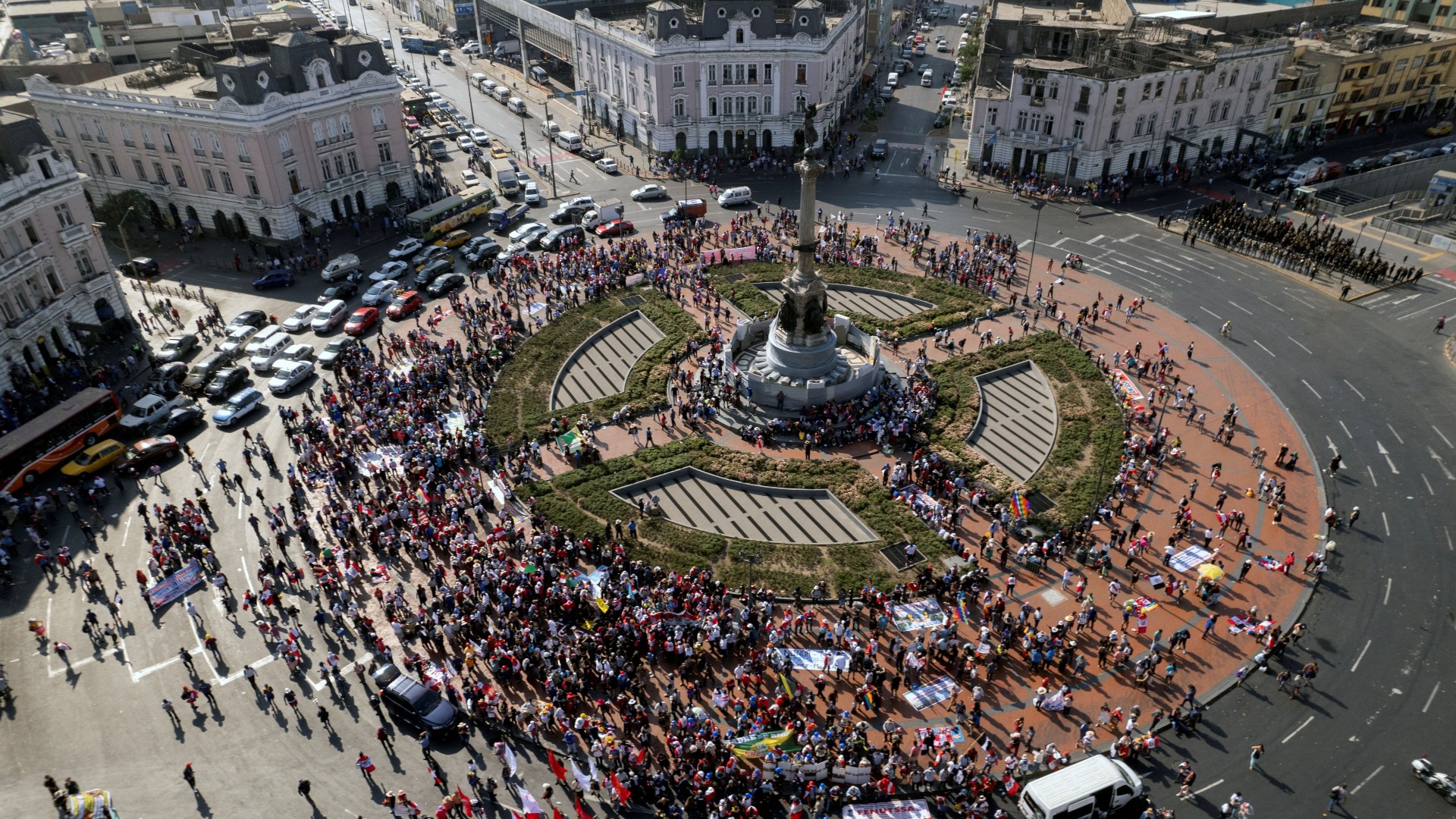 The death toll in Peru continues to rise amid protests: Boluarte says he will investigate whether there were abuses of force 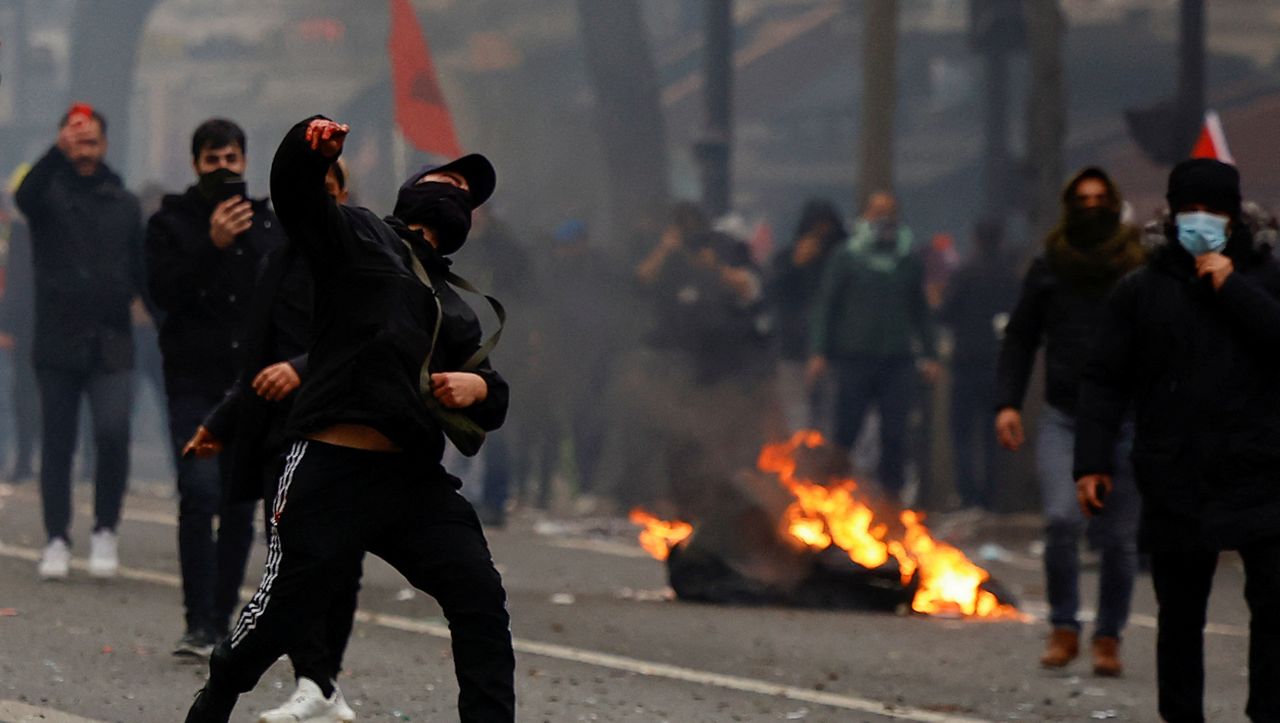 After a deadly attack on Kurds in Paris: protests between anger and sadness 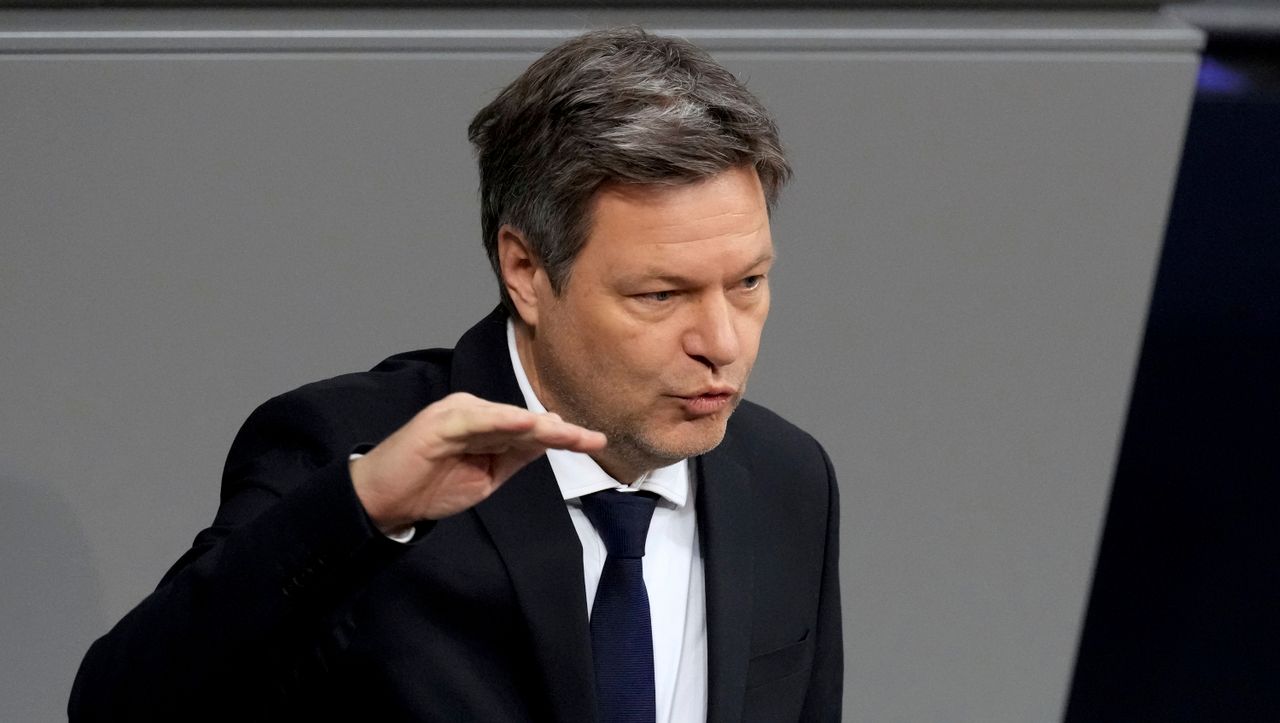 After Lüzerath: Robert Habeck calls on climate activists to distance themselves from violence 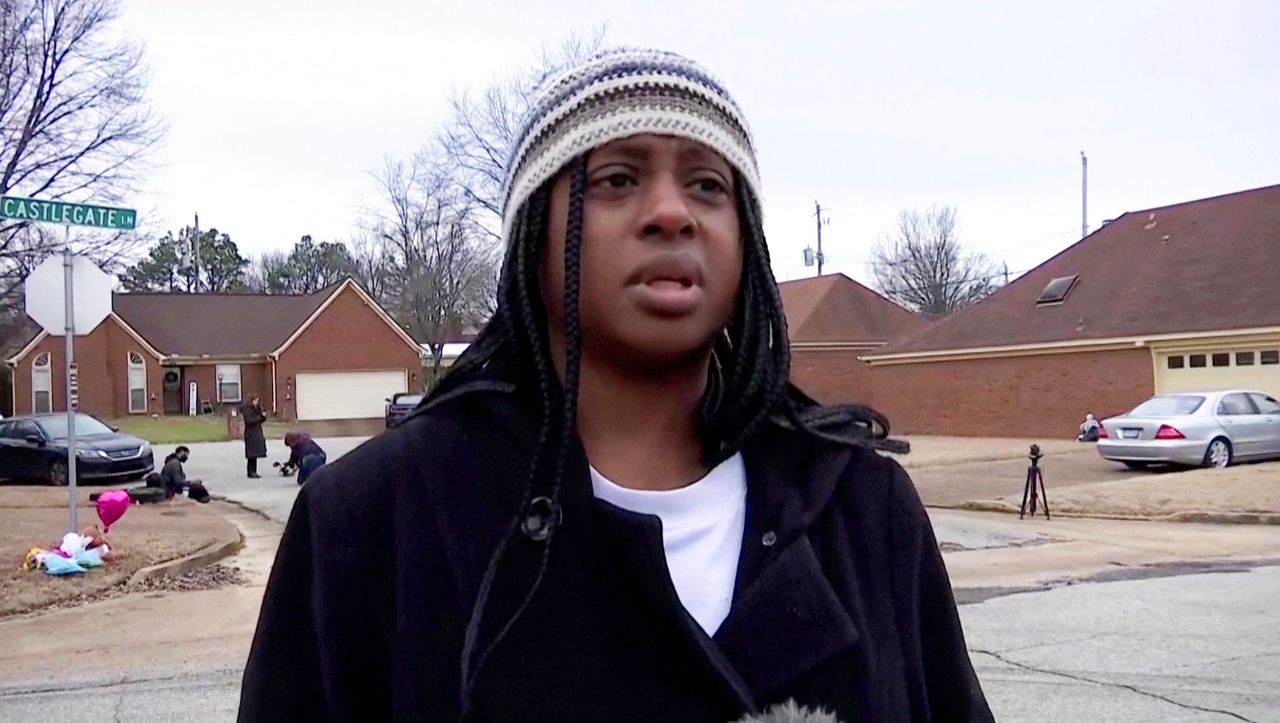 After the death of Tire Nichols in Memphis: »My son is 21. I call him all the time« 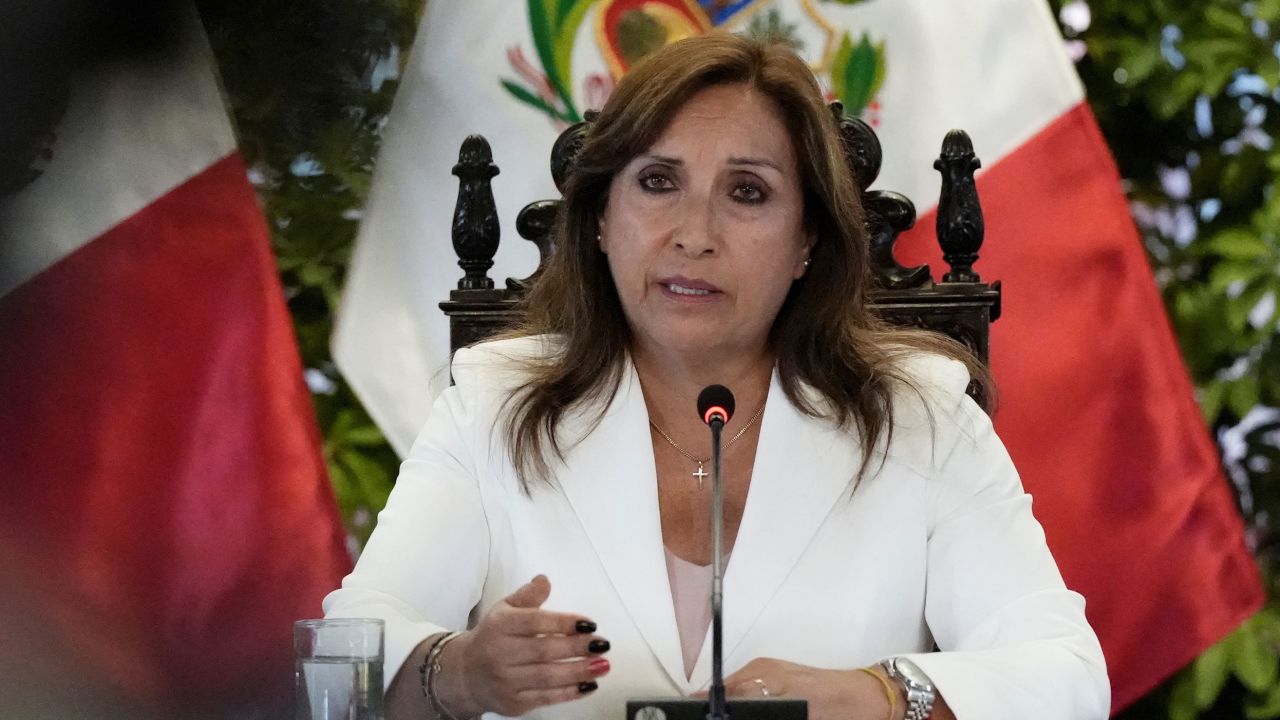 Peru's embattled president, Dina Boluarte, may have eased the crisis, but instead made it worse. What happened? 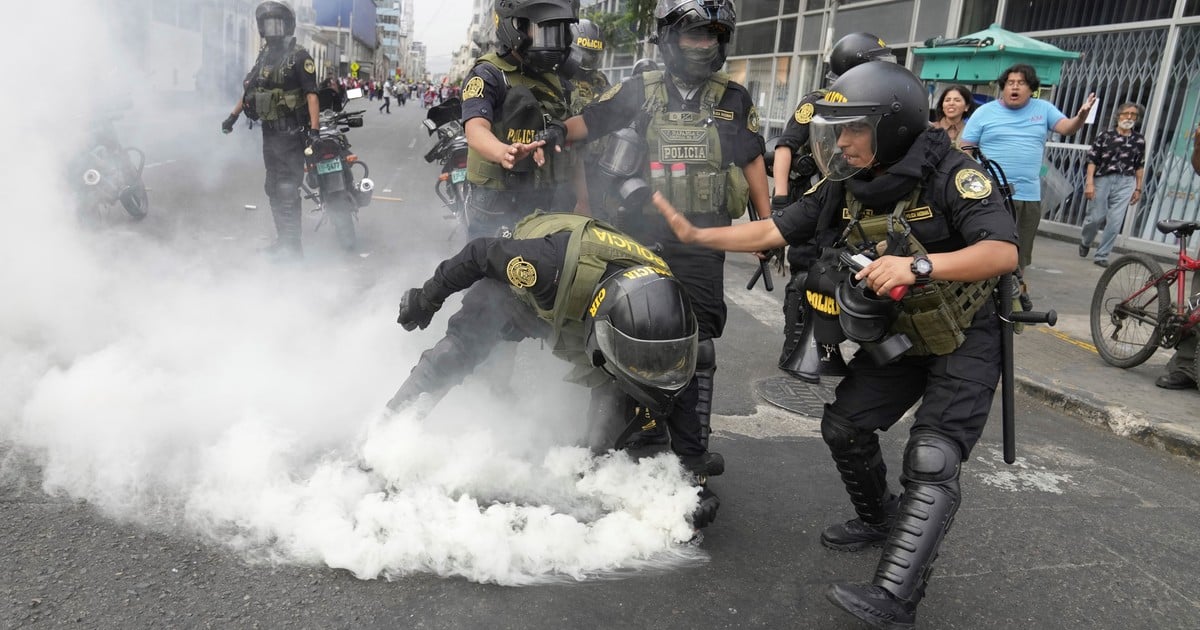 Black Thursday in Peru: the Andes 'descend' over Lima