China is arming itself, Russia is weakening: Putin threatens to lose Vladivostok Created: 11/29/2022 8:27 am By: Sven Hauberg Chinese soldiers during an exercise in Xinjiang province (archive photo): The country has been militarily upgrading for years. © Xinhua/AFP The Ukraine war has weakened Russia. Beijing seizes the moment and takes back Vladivostok? Some people in China have been asking f Chinese soldiers during an exercise in Xinjiang province (archive photo): The country has been militarily upgrading for years.

The Ukraine war has weakened Russia.

Beijing seizes the moment and takes back Vladivostok?

Some people in China have been asking for this for years.

Munich/Vladivostok/Beijing – Advertising can sometimes backfire, even in China.

At the end of April, a Russian tourism organization advertised the culinary delights of the city of Vladivostok on China's social network Weibo.

The Pacific metropolis in Russia's far east was recently voted one of the country's gourmet capitals, the post read.

Pictures of caviar, fish and other sea creatures should prove this.

But instead of whet the appetite of Weibo users, it rained down nasty comments.

"Give us back our land," wrote one user.

Another demanded: “They killed my countrymen and occupied our country.

The Russians must be punished!” And a third user simply posted a knife emoji.

The belief that the city of Vladivostok and other areas in eastern Russia are actually a part of China is deeply rooted in the Chinese population.

There are repeated calls on China's social networks to invade the neighboring country and take back lands "stolen" by Russia.

These are demands that have become more explosive in light of the Russian invasion of Ukraine.

China's claims to Russian territories have a long history

China's claims to Vladivostok and other areas of eastern Russia date back to the mid-19th century, a period that is deeply engraved in China's historical memory as an era of deep humiliation.

At that time, British traders had made large parts of the population of the Qing Empire dependent on opium from their Indian colonies.

When the Chinese government began to resist and had tons of opium destroyed, Great Britain reacted with punitive action, which culminated in the first Opium War (1839-1842).

The Chinese empire, completely defeated, had little to oppose the advanced weapons of the British and finally suffered a devastating defeat.

After the second Opium War (1856-1860), which the British, together with France, had launched under a pretext, they not only reduced the imperial summer palace in Beijing to rubble.

But they also urged the Chinese to make further concessions.

This is where Russia comes in: the tsarist empire intervened early on in the war, on the side of the western powers and against its Chinese neighbors.

When China lost that war as well, the Russians saw their chance – and grabbed areas three times the size of Germany in China's north-east.

The land grab was sealed in two “unequal” contracts that China had to sign with grudging teeth.

Even a provincial town, which the Chinese called Haishenwai – “sea cucumber bay” – was suddenly Russian.

The new masters gave the place a name that was intended to underline their claims to power: "Rule the East" - in Russian: Vladivostok.

Are China's territorial claims really off the table?

The "century of humiliations" that began with the opium wars only ended in 1949 with the founding of the People's Republic of China and left deep wounds in the collective consciousness of the Chinese.

Some of these wounds have now healed, above all the return of the former British crown colony of Hong Kong to China 25 years ago was balm for the Chinese people's soul.

From the point of view of many Chinese, however, the Russia question is still open.

"It would be naïve to expect the Chinese public to forget the role of the Russian Empire in the plundering of China," China expert Una Aleksandra Bērziņa-Čerenkova from Stradins University in Riga, Latvia, told IPPEN.MEDIA's

For decades there had been repeated disputes about the exact course of the more than 4,000 km long border between the two countries, which even culminated in a military conflict in 1969.

Bērziņa-Čerenkova, however, points out that today there are no Chinese territorial claims against Russia.

In July 2001, Russian President Vladimir Putin and China's then head of state and party, Jiang Zemin, signed a treaty of friendship in Moscow, in which the waiver of any claims was expressly stated.

Only two years later, however, China's State Bureau of Surveying and Mapping stipulated that several Russian cities must be labeled with their Chinese names on official maps - i.e. Haishenwai instead of Vladivostok.

China is arming itself – Russia is weakening

Security expert Jan Kallberg believes that Chinese territorial claims are far from off the table.

"The Chinese Communist Party has a long memory," writes Kallberg in an article for the US think tank Center for European Policy Analysis (CEPA).

China has repeatedly held up the British or the Japanese for their colonial history in China.

It seems hard to believe that Russia of all places will get a “free pass”.

China is still working together with the Russians to form an alliance against the global hegemony of the USA and other western democracies and to obtain cheap oil and gas from Putin's huge empire.

In the long term, however, Russia is on the decline.

that one day his old territories will fall into his lap,” says Kallberg.

"For now, Vladivostok can continue to exist under the Russian flag, knowing that one day it will most likely become Haishenwai again."

China expert Bērziņa-Čerenkova, on the other hand, does not believe that the People's Republic will take advantage of Russia's weakness.

After all, the country is already involved in enough territorial disputes, for example in the South China Sea, where China is in dispute with other countries in the region over a number of islands and atolls.

"It would be a serious miscalculation to open another front," she says.

At the same time, however, China is arming itself massively militarily.

In 2021, Beijing spent an estimated $293 billion on its People's Liberation Army, 4.7 percent more than the year before, according to the Swedish peace research institute SIPRI.

Russia also massively upgraded in 2021, spending an estimated $63.5 billion on its military at the time.

Since then, however, the Ukraine war has led to massive casualties in Russia's army;

the country has probably lost tens of thousands of soldiers and masses of war equipment.

According to the US in its current security strategy, China is “the only competitor that both intends to reshape the international order and increasingly has the economic, diplomatic, military and technological power to do so”.

Beijing's state media are not taking up the demands of many citizens to get back the areas that were once stolen.

Perhaps because the nationalism that goes with it fits in very well with the general political climate.

By 2049, the 100th anniversary of the founding of the People's Republic, China wants to be a great power again.

According to most experts, Beijing wants to resolve the Taiwan issue by then, if necessary using military force.

And the humiliations of the past should finally be a thing of the past.

This is another reason why Beijing's propaganda machine keeps fueling campaigns against former colonial powers like Japan.

In the case of Russia, the Chinese government's invoked nationalism could yet fall on its toes.

She may be forced to give in to demands to reclaim the lost territories.

Especially since Russia is currently providing the blueprint for this, with Putin selling his people the attack on Ukraine as a historic mission: Russia, according to Putin, is only taking back what belongs to it anyway.

Will a similar decision be made in Beijing one day?

Head of state and party leader Xi Jinping is still emphasizing the "rock-solid friendship" between China and Russia and is standing closely with the Kremlin, including in the Ukraine war.

Beijing has not yet condemned the Russian attack;

At the recent G20 summit in Bali, China only deviated from its tough position by a millimeter.

Maybe people in Beijing are hoping that the conflict with Russia will eventually resolve itself.

Not because Moscow will one day return the disputed areas to China – but because enterprising Chinese are already creating facts.

China's state-owned companies are building railway lines and roads in eastern Russia or leasing hundreds of thousands of hectares of land in eastern Siberia to grow grain and soybeans for people across the border.

It is estimated that Russia could produce food for an additional 450 million people if it used all of its arable land.

It is a gigantic potential that arouses desires in China.

Hundreds of thousands of Chinese migrant workers are believed to be living in eastern Siberia today.

At the same time, the local population is shrinking as more and more Russians move to the economically stronger west of the country.

In Russia's east - on an area that makes up a third of the landmass of the huge empire - there are just about as many people as in the capital Moscow, and the number is falling.

For comparison: Around 32 million people live in the Chinese border province of Heilongjiang alone.

Vladimir Putin seems to let his overpowering neighbors do as he pleases.

Many in Russia, however, find this creeping conquest sour.

A few years ago, the Kremlin-critical journalist Alexander Sotnik summed up what many of his compatriots secretly think: "Vladivostok is practically already Chinese." 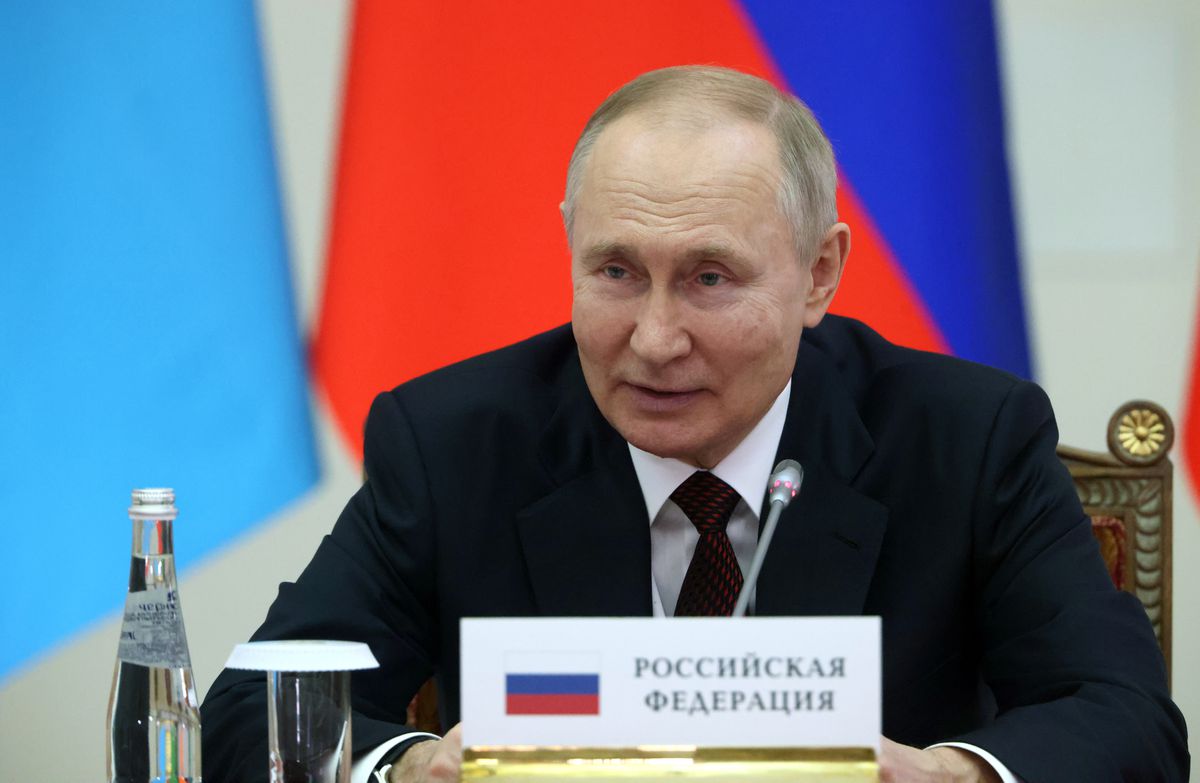 Video | Is the ban on Russian oil due to the invasion of Ukraine working? 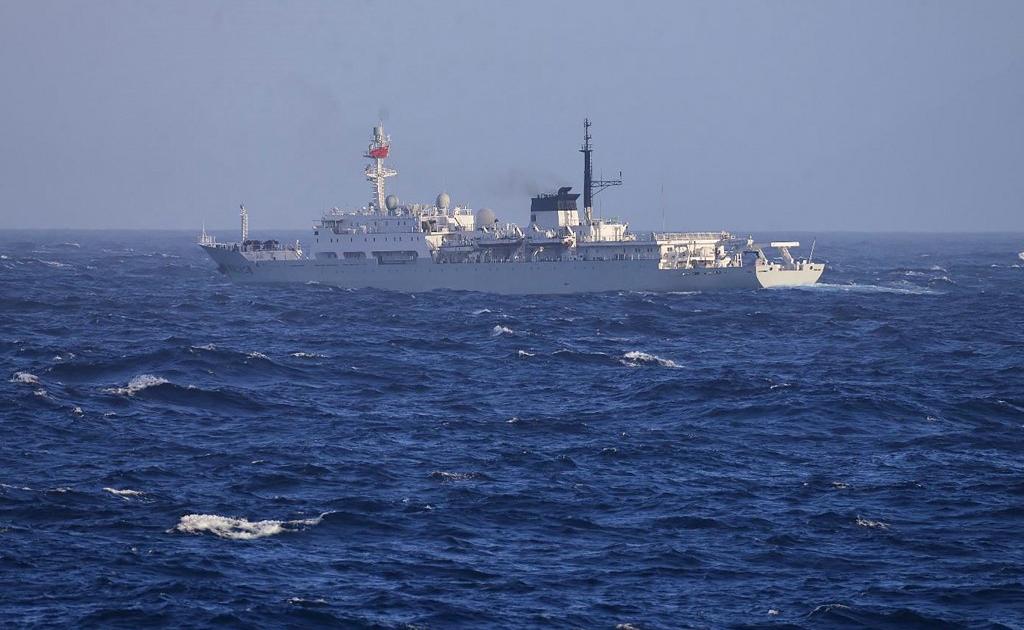 Russia and China are holding joint naval exercises this week. 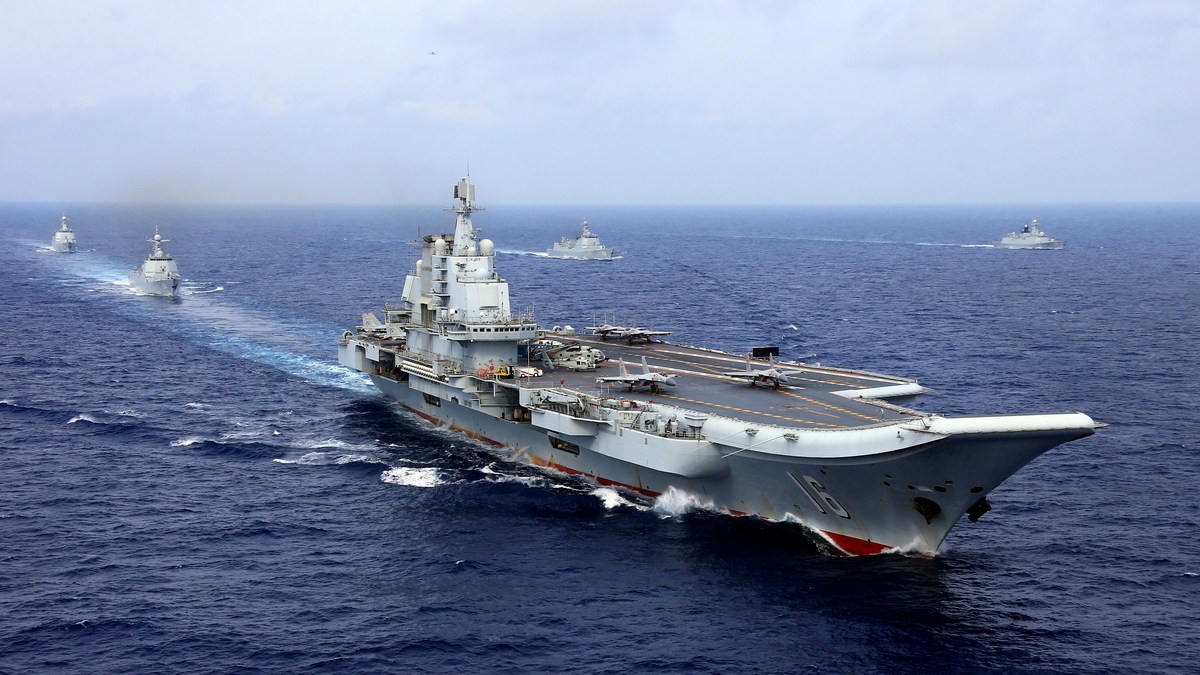 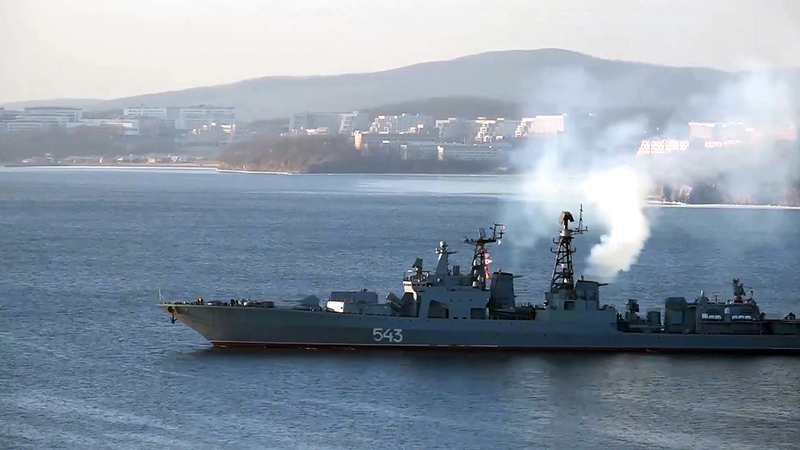