The vice president of Argentina, Cristina Kirchner, will make use of her right on Tuesday, like all judicial defendants, to pronounce some "last words" in the case that investigates her for alleged corruption during her two governments.

By her own decision, she will be alone in her office in Congress, without the support of her lawyers.

She will speak to a camera, as she has done on other occasions, to reject each of the accusations.

In August, the prosecutor Pablo Luciani requested against her 12 years in prison and the perpetual disqualification of her from holding public office.

If the process times are met, Kirchner will know during the second half of December if the judges convict or acquit her.

She will not go to jail, because she has privileges as vice president.

The eventual condemnation of her, in any case,

Kirchner has maintained since the beginning of the trial, two and a half years ago, that the entire investigation against her is a setup by the opposition and "the judicial party" to imprison her.

Prosecutors, on the other hand, accuse her of setting up an illegal association during her two governments, between 2007 and 2015, to benefit friends of power with million-dollar public works contracts in exchange for bribes.

Among the defendants are officials accused of collecting bribes and businessmen suspected of paying them.

That's what they call him… ”, Kirchner published this Monday on his social networks.

He thus confirmed that he would make use of his right.

She can be followed live on her YouTube channel and on the transmission of the Federal Court that judges her.

Until now, the former Minister of Federal Planning, Julio de Vido, who is already imprisoned for his responsibility in the so-called Once tragedy, a railway accident that left 52 dead on February 22, 2012, has said his “last words”. Vido called the trial "unfair persecution," in line with what Kirchner has maintained.

According to prosecutor Luciani, the former president was the head of an illegal association aimed at enriching its members with public money.

According to his argument, Kirchner set up a well-oiled mechanism whereby the businessman Lázaro Báez, today sentenced to 12 years in prison for money laundering, received million-dollar public works contracts in the province of Santa Cruz, the political cradle of Kirchnerism in the region, in exchange for returns. Patagonia.

Luciani has said that the vice president "could not not know" what was happening under her command.

“We are facing an extremely serious crime.

The defendants, in a strict separation of roles, subtracted fruits of the treasury for private benefit,

The prosecutor estimated the damage caused to the State at 1,000 million dollars through 51 road works contracts delivered to Austral Construcciones, a company created by Lázaro Báez, an unknown bank employee who became a millionaire in a few months.

During the three Kirchner presidencies, Báez only had the State as a client;

while his fortune multiplied, he entered into twenty private business agreements with the Kirchner family.

On August 23, one day after Luciani's request for prison, Kirchner defended himself against all the accusations.

He did it, once again, looking into a camera mounted in his office in Congress, as he will do this Tuesday.

Kirchner denounced that the investigation he is facing is actually "against all Peronism", a "fiction" without evidence or legal support.

He placed former President Mauricio Macri (2015-2019) behind the move, representative of "those who go for everything, for wages, the rights of workers and retirees."

He also said that his sentence had already been written before the investigation began.

Peronism then closed ranks around the vice president.

There were reparation marches and long vigils in front of the apartment he occupies in Recoleta, the most affluent neighborhood in Buenos Aires.

The demonstrations stopped abruptly on the night of September 1, when a 35-year-old man named Fernando Sabag Morel fired his gun twice into Kirchner's face, without firing the bullet.

On the list of accused there are 12 other people.

In addition to former minister De Vido and businessman Lázaro Báez, there is former Secretary of Public Works José López, imprisoned since 2016 after being caught red-handed when trying to hide bags with nine million dollars in a convent.

The judges will now have to decide if the public prosecutor has proven that the decisions of a Government can be considered the result of an illegal association, which by definition is born to commit a crime.

Subscribe here to the EL PAÍS America newsletter and receive all the latest news in the region. 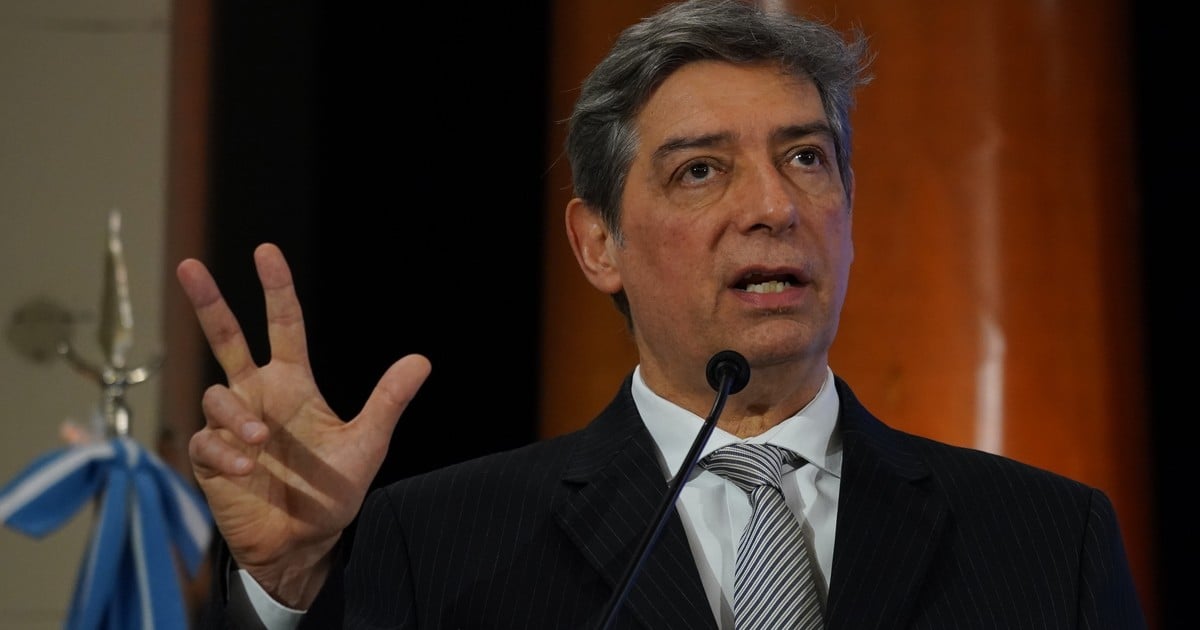 The judicial year begins: the key definitions of Comodoro Py and the Supreme Court, which must decide on sensitive issues for Cristina Kirchner 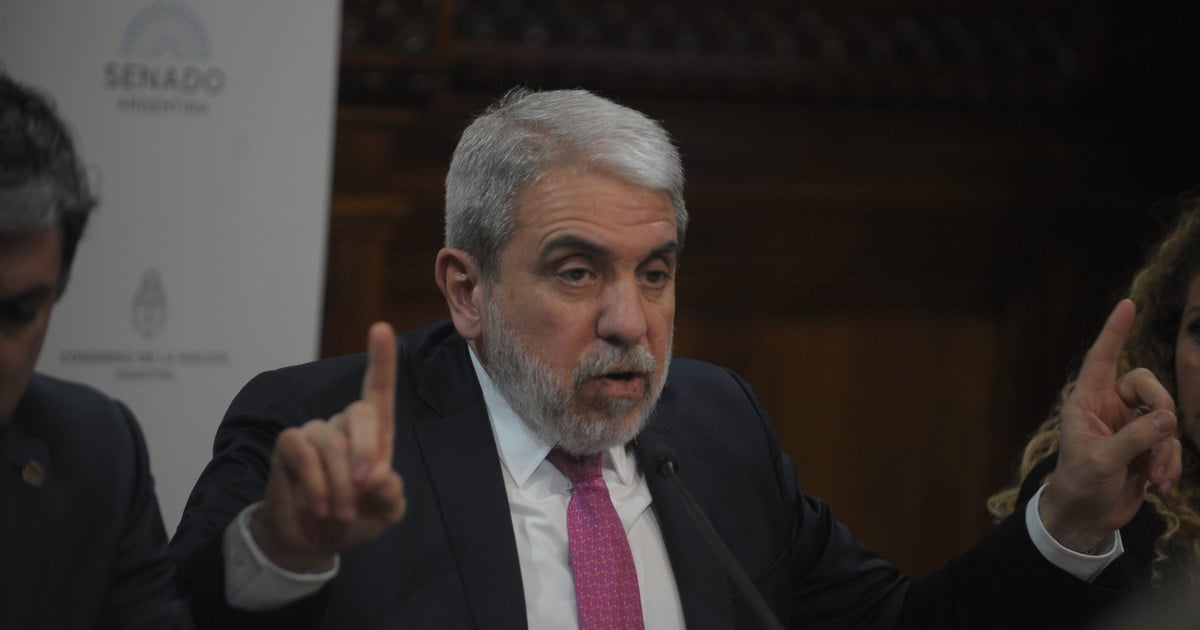 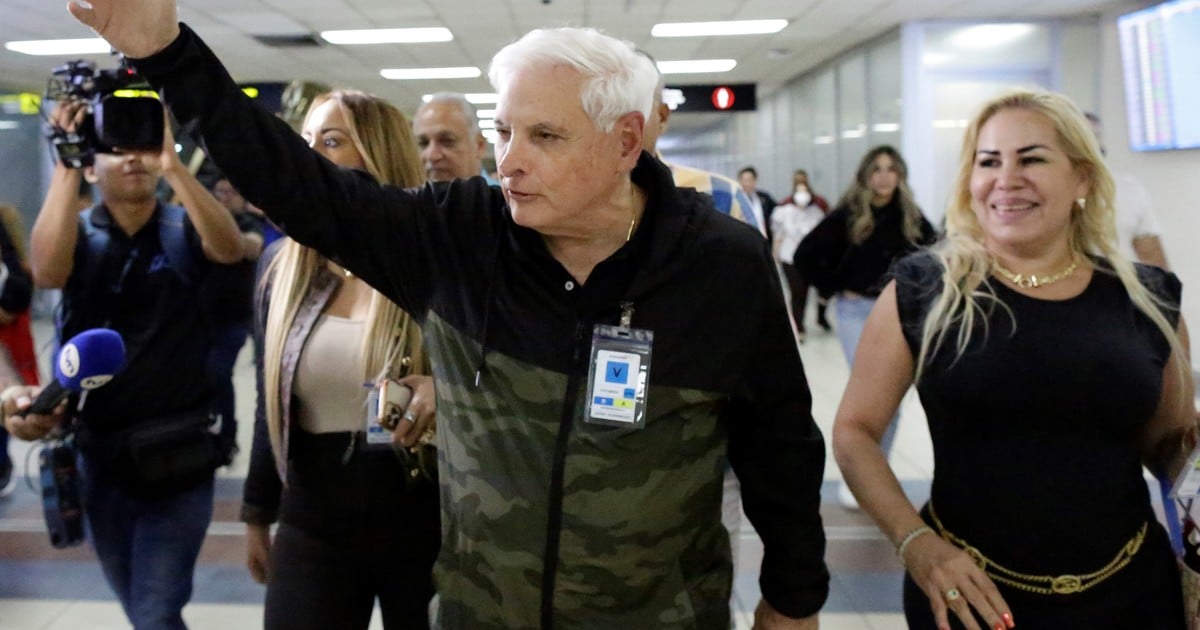 An uncomfortable sign for Cristina Kirchner: the US sanctioned a former Panamanian president for corruption 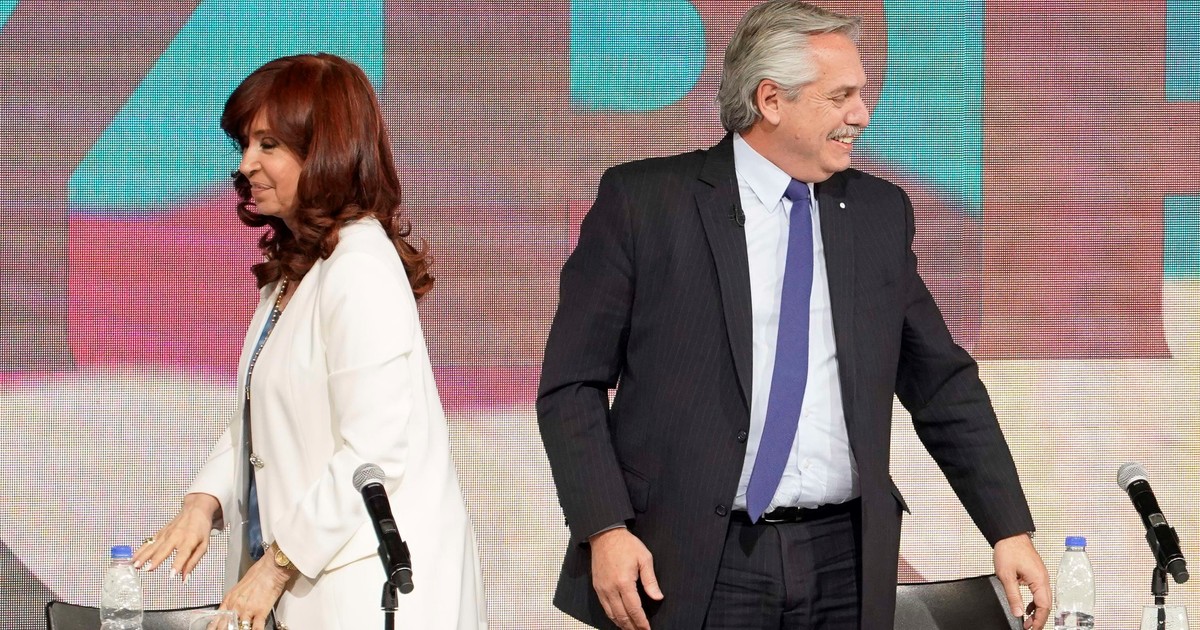 Corruption and elections: the report of a government pollster with very hard data for Cristina Kirchner 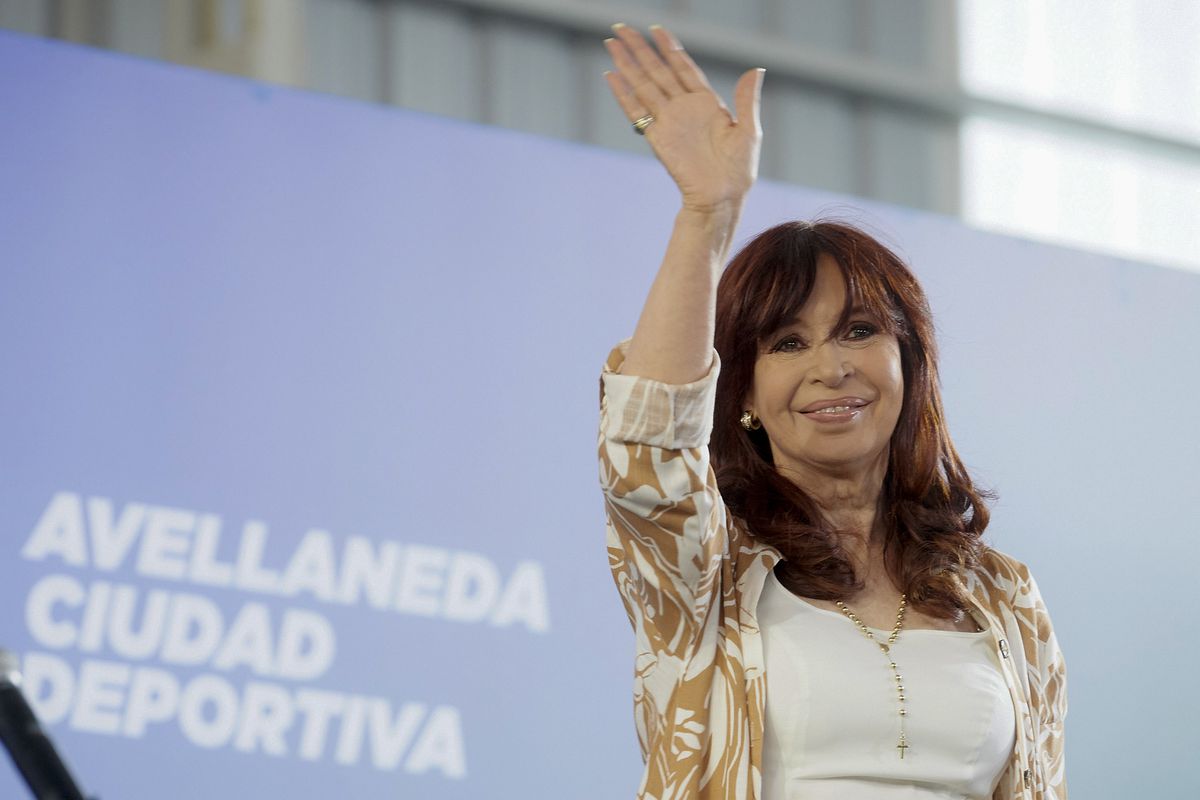 Cristina Kirchner declares herself the victim of a ban 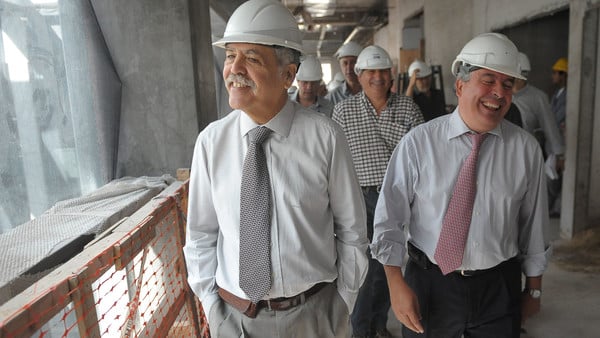 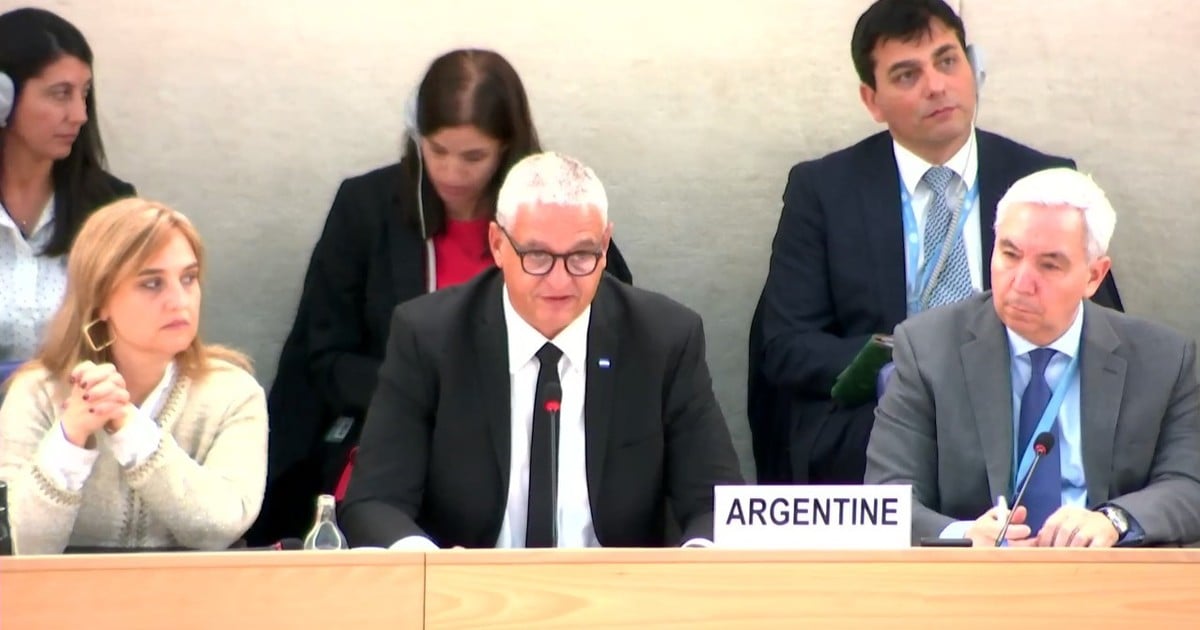 After the criticism it received at the UN Human Rights Council, the Government 'kicks' its responses by mid-year 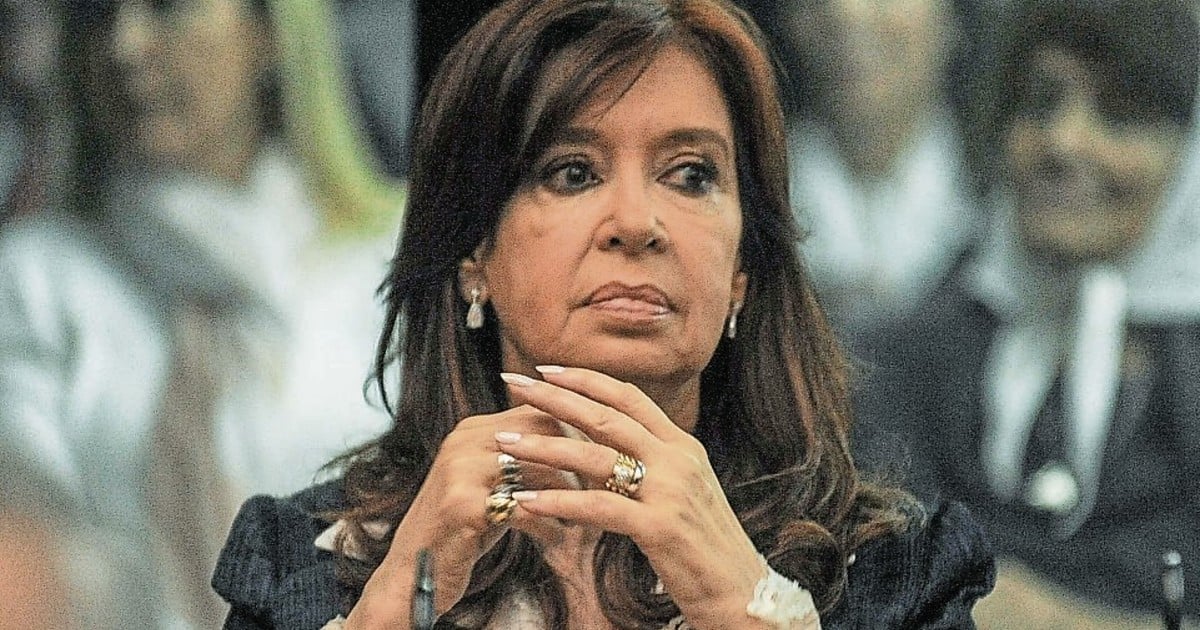