Fierce fighting in eastern Ukraine continues - Kremlin spokesman smashes withdrawal report Created: 11/29/2022, 4:50 am By: Franziska Schwarz Russia does not plan to withdraw from the Zaporizhia NPP area. Corresponding reports denied spokesman Dmitri Peskow on Monday. News ticker. Russia rains bombs on Cherson : Since the withdrawal of Russian troops, there have been new attacks every day. "Pu

Russia does not plan to withdraw from the Zaporizhia NPP area.

Even in the cold, sleet and rain, the heavy fighting in the Donbass in eastern Ukraine continues.

The Ukrainian armed forces fended off dozens of attack attempts by Russian soldiers every day, said Serhiy Cherevatyy, spokesman for the Eastern Group of the Ukrainian army.

The areas around Bakhmut and Avdiivka were at the center of the heaviest fighting.

In addition to barrel artillery, the Russian armed forces also used rocket launchers, mortars and tanks, with the support of their combat aircraft.

On average, the Russian army conducts around 200 artillery strikes there every day.

"But despite these efforts, the enemy has not been able to break through our defenses for months," Cherevatyy said.

The Kremlin has rejected Ukrainian reports that Moscow is preparing to withdraw Russian troops from the Zaporizhia nuclear power plant.

"There is no need to look for signs where there aren't and can't be," Kremlin spokesman Dmitry Peskov said on Monday.

Over the weekend, Ukrainian presidential adviser Mykhailo Podolyak said he had no doubt that Russian troops would leave the nuclear power plant site.

"The line of defense is beginning to retreat to the borders of the Russian Federation," he told Ukrainian television.

The largest nuclear power plant in Europe is currently being occupied by the Russian armed forces.

The International Atomic Energy Agency (IAEA) has since called on both warring parties to exercise caution and regularly warns of a nuclear catastrophe.

Zaporizhia Oblast is one of four Ukrainian regions that Vladimir Putin declared annexed by decree.

An employee of the Russian energy company Rosenergoatom next to a crater on the site of the Zaporizhia nuclear power plant.

Russia rains bombs on Cherson - "The city is vulnerable"

After being recaptured by the Ukrainian army, the city of Cherson in the south of the country has become the target of heavy artillery attacks.

As the British Ministry of Defense reports in its daily situation report on Twitter, Russian troops are shelling the southern Ukrainian city with artillery every day.

On Sunday alone, 54 attacks were reported in the region.

"The city is vulnerable because it is within range of most Russian artillery systems, which are now firing from the rear of newly consolidated defense lines from the east bank of the Dnipro River," London said.

Most of the damage was caused by multiple rocket launchers, such as the BM-21 Grad.

The Ukrainian presidential adviser Mykhailo Podolyak commented on the effects of the Russian attacks on Ukraine's energy supply on Sunday evening.

The power outages caused by the rockets are "not just about light," Podolyak said.

“Will this affect the frontline?

The Russian military leadership wants to increase units that have suffered heavy losses and strengthen the grouping of Russian troops in occupied Ukrainian territories.

On the night of Sunday, two rockets also hit a farm in a suburb of the southern Ukrainian city of Zaporizhia, the military said.

.: Russia has suffered many casualties in the hard-fought Donetsk region – this is how the British secret service currently estimates it.

In the last two weeks there has been intense fighting around the cities of Pavliwka and Wuhledar, with heavy casualties for the marines, according to the latest report by the Ministry of Defense in London.

London also sees the fighting as a sign that Russia sees the region as a possible starting point for a northbound offensive. 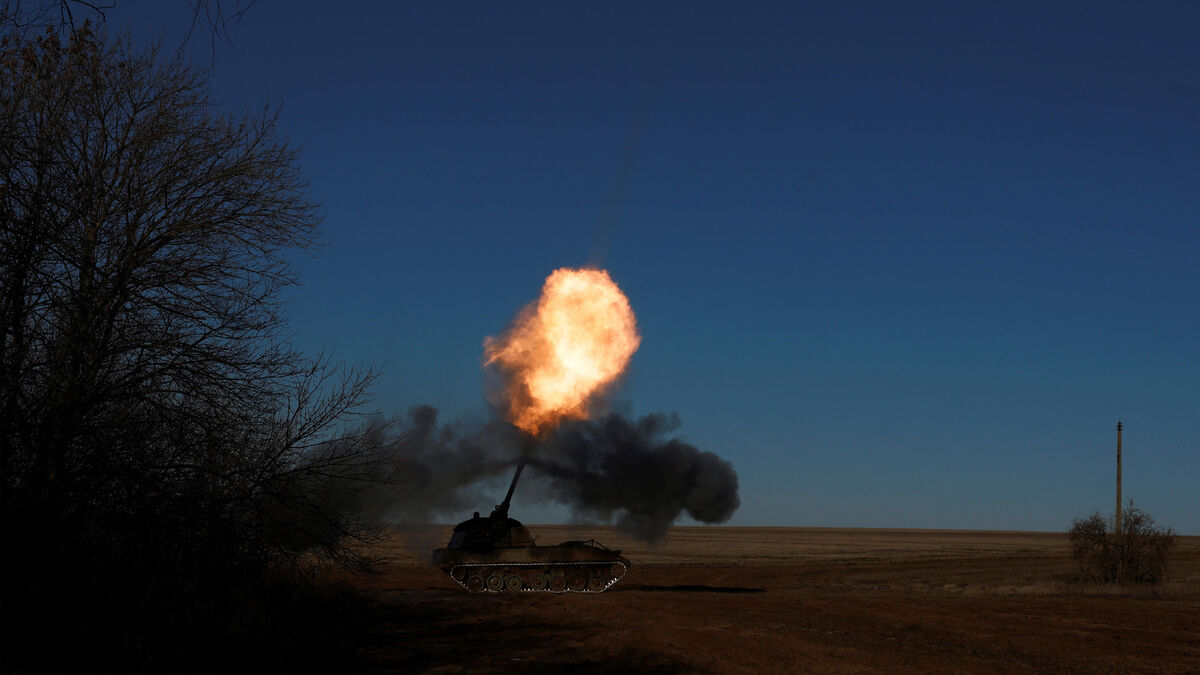 DIRECT. War in Ukraine: Russia claims to have taken Soledar, fighting continues according to kyiv 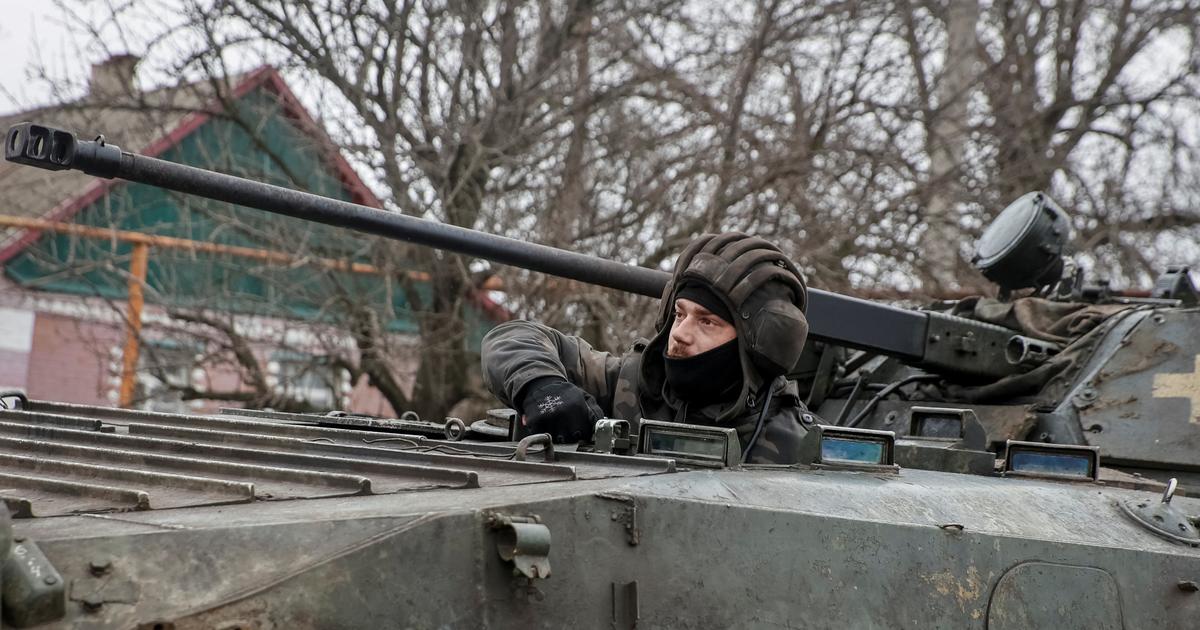 War in Ukraine: kyiv recognizes the loss of Soledar, the Russians advance to Bakhmout 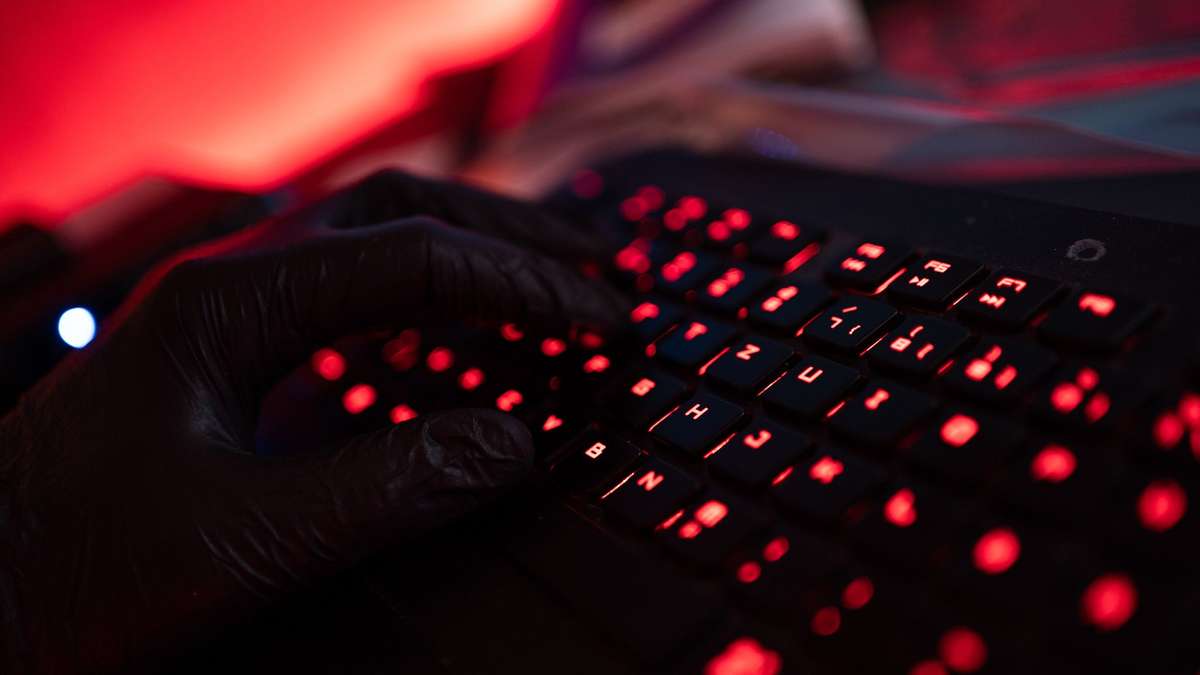