The Brooklyn star broke his season high to show the way to victory against Orlando. The Lakers bowed to the wire. 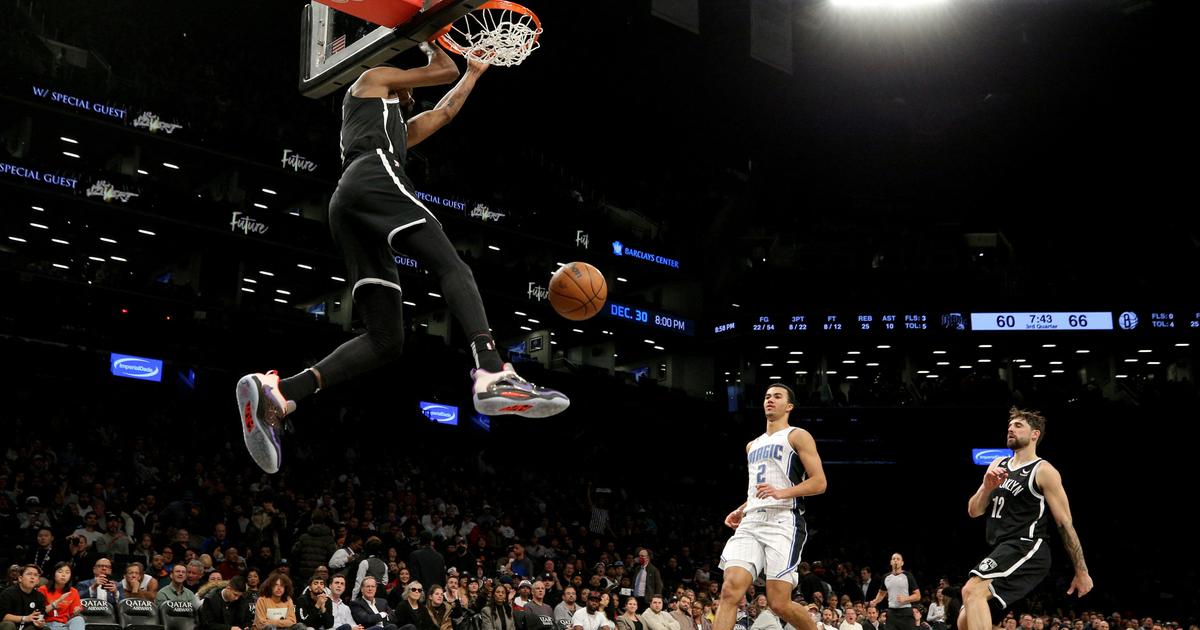 Kevin Durant scored 45 points, his record this season, to allow the Brooklyn Nets to win 109-102 against the Orlando Magic on Monday in the NBA, thus confirming the recovery of the New York team.

Meanwhile, the Boston Celtics, more than ever leaders in the East, strolled against the Charlotte Hornets (140-105) and the Philadelphia 76ers erased a 16-point deficit to finally beat the Atlanta Hawks (104-101 ) the evening of their star center Joel Embiid's return from injury.

In Brooklyn, the Nets had a lot of work right away as the Magic led by ten points in the first quarter.

But everything was back to normal and the New Yorkers took the lead before halftime, before Durant put on a show.

In the third quarter, "KD" stacked 19 points and blocked two opposing shots, in addition to a stolen ball.

"My teammates made great screens for me, we were well placed and I was able to score a few baskets," Durant summed up after the match.

The Nets had a chaotic start to the season: they had just fired coach Steve Nash when Kyrie Irving found himself at the center of a controversy caused by his promotion of a film with anti-Semitic overtones on social networks.

But everything has been better for a few games and Durant, in full success (19 shots out of 24), also took seven rebounds and delivered five assists to take the Nets to a second victory in a row and a balance sheet now balanced: 11 wins and 11 losses.

“We have already been through a lot this season and achieving 50% wins was our primary objective for the past two weeks.

We want to continue to progress,” added Durant, well helped Monday by Irving (20 pts) and Nic Claxton (16 pts and 13 rebounds).

In Boston, it was routine and Jayson Tatum, absent from the last game, came back to score 35 points before resting for the last quarter, the situation being under control.

As for Jaylen Brown, who had effectively replaced him on Sunday against Washington, it was his turn to rest, his neck sore.

The Celtics put on a show, netting 24 three-pointers and racking up 40 assists from their defensemen to record their 13th victory in 14 matches.

The Hornets, deprived of Terry Rozier, LaMelo Ball and Gordon Hayward, have not found an answer.

Boston hovers a little more over the Eastern Conference (17-4).

He first missed six out of seven shots but still finished with 50% success (9 baskets for 18 shots), with the added bonus of eight rebounds and seven assists.

When Embiid gave the 76ers the 101-100 advantage 18 seconds from the buzzer, then headed in the last free throw of the game, the crowd chanted “MVP!

And he reassured everyone by saying, after the match, that he was “excited to be back in such a short time”.

In Washington, Wizards center Kristaps Porzingis scored the highest points total of his career: 41, including 29 in the first half.

His club overwhelmed (142-127) the Minnesota Timberwolves, deprived in the third quarter of their star Karl-Anthony Towns, injured in the right calf and helped out of the floor by his French teammate Rudy Gobert.

In Los Angeles, the Lakers have long believed to hold their third success in a row, against the Pacers, to lead 101-84 with ten minutes remaining.

And even at 113 everywhere, LeBron James, released in the first quarter after spraining an ankle, managed to restore the advantage to LA But the last word went to Indiana, thanks to a decisive rebound from Tyrese Halliburton and a three-point basket scored at the buzzer by rookie Andrew Nembhard (116-115). 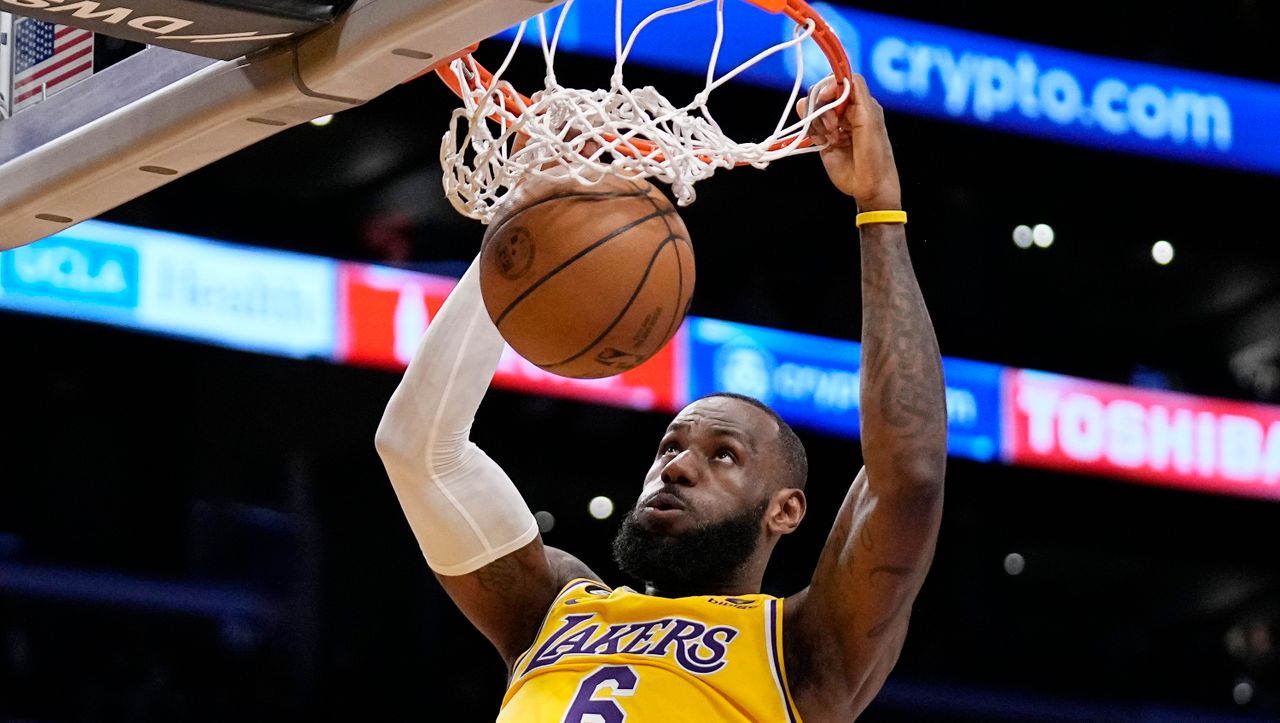 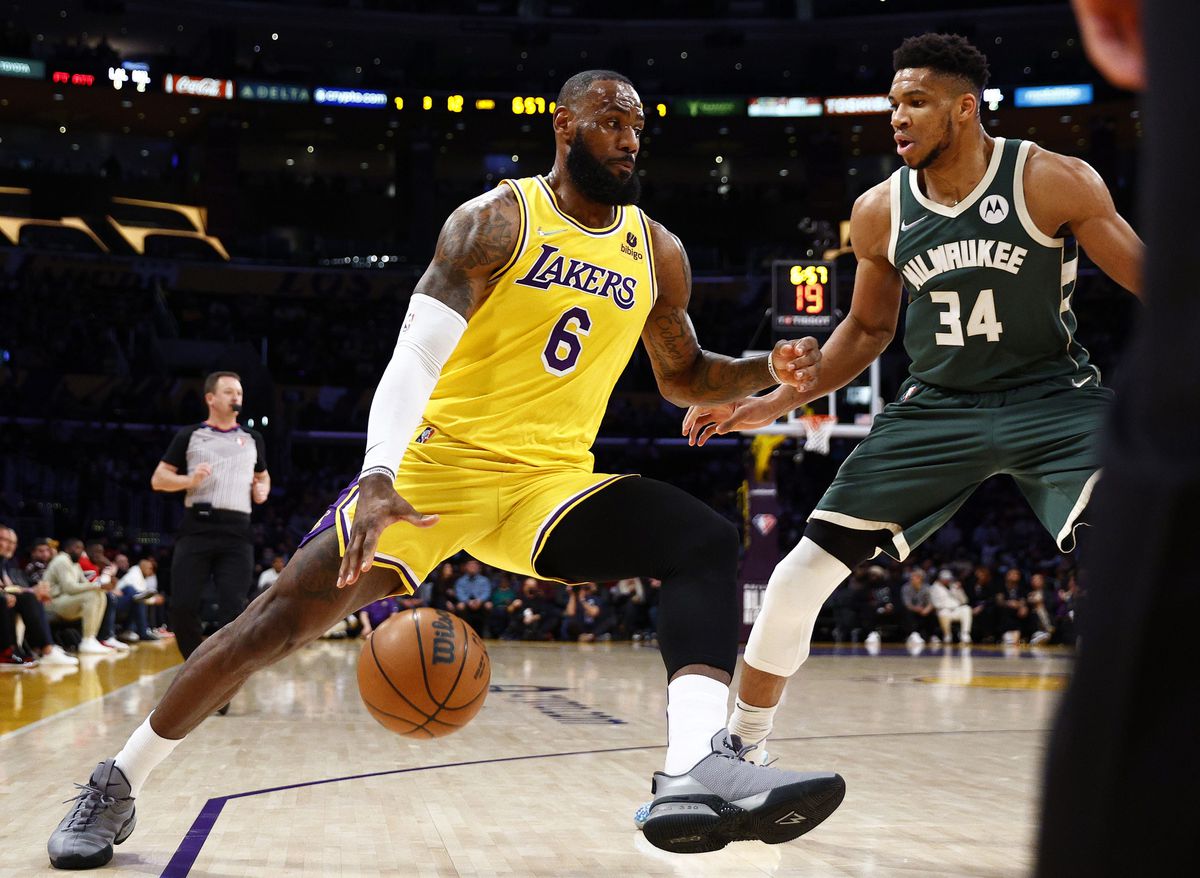 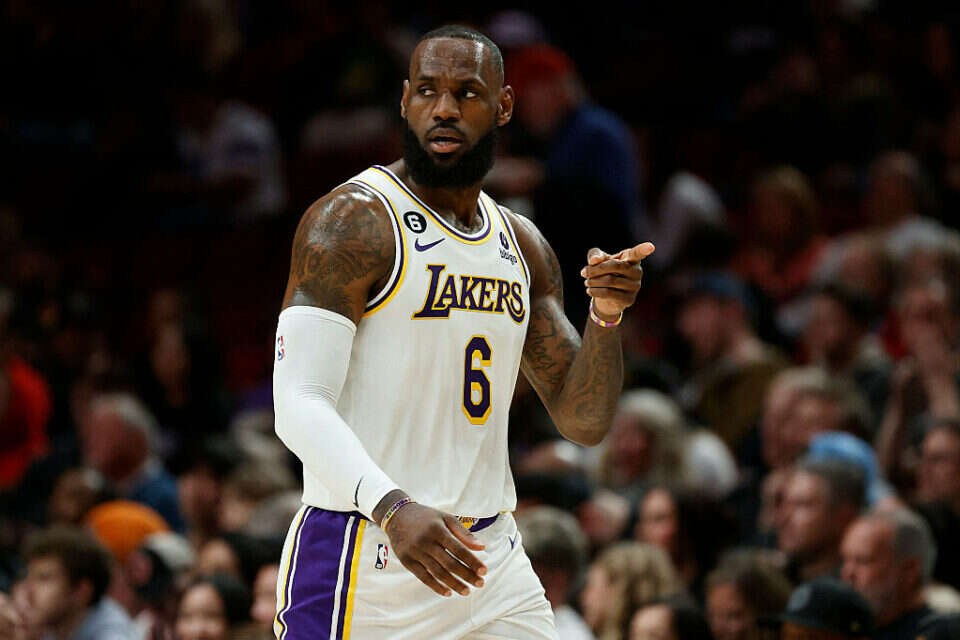 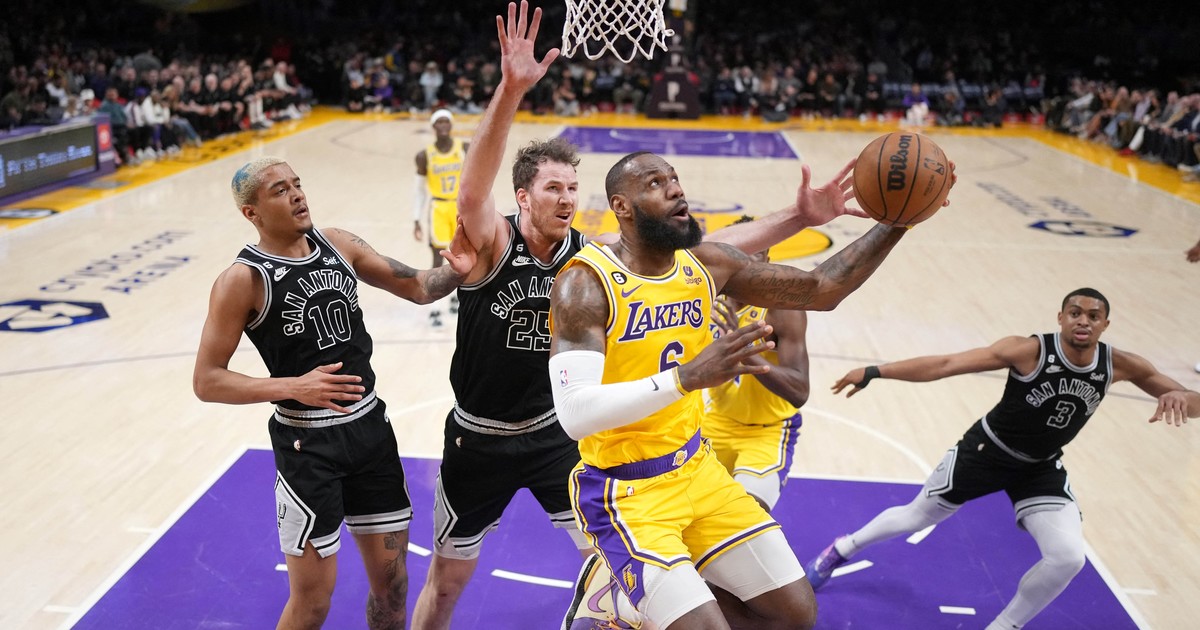 LeBron James and another golden night that brings him closer to the NBA scoring record: when could he surpass Kareem Abdul Jabbar's mark?

Durant knew "not to disturb" Kyrie, LeBron forgets that he is in his 20th season - voila! sport