The government disclosed the four sites selected for the first batch of simple public housing projects, and searched the Land Registry for information. Two of them belong to private land, both of which are located in the most remote places of Yuen Long and Liantangwei, Sheung Shui. The land adjacent to the Splendid Garden is now occupied by the new 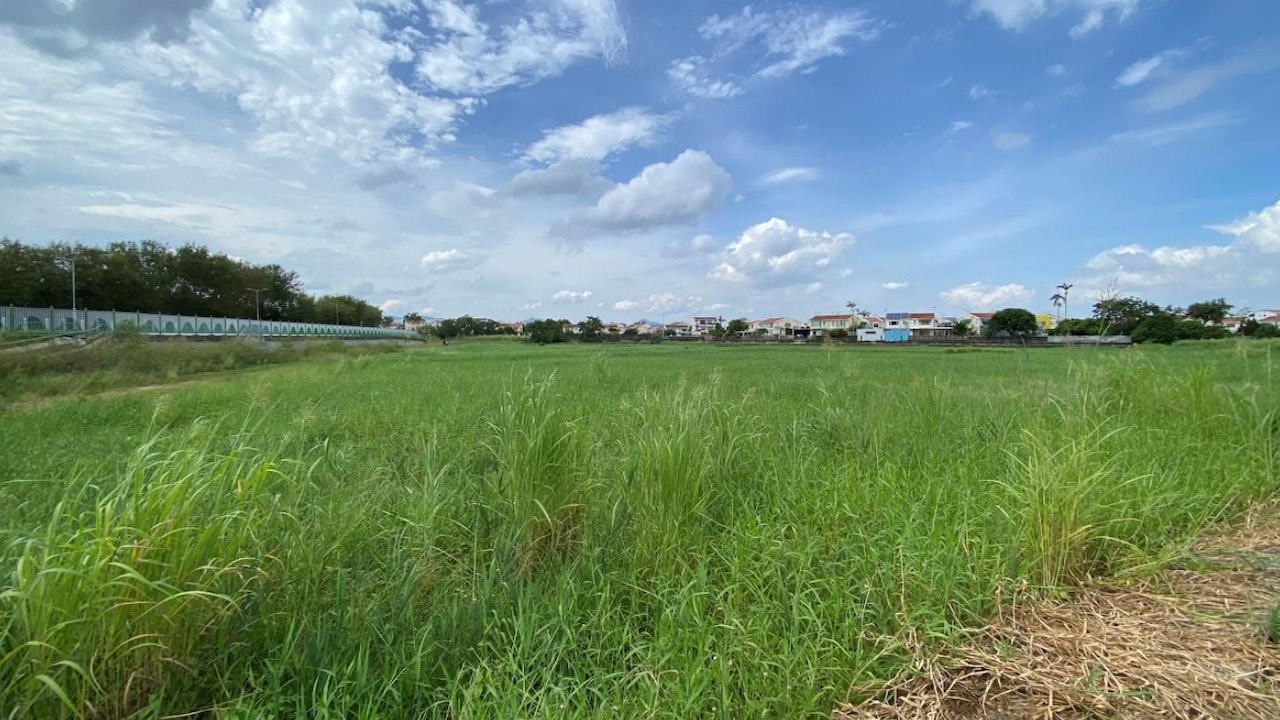 The government disclosed the four sites selected for the first batch of simple public housing projects, and searched the Land Registry for information. Two of them belong to private land, both of which are located in the most remote places of Yuen Long and Liantangwei, Sheung Shui.

As early as 20 years ago, Xindi applied to the Town Planning Commission to change the zone from recreational use to residential but was rejected. Then, in 2015, it was approved to build low-density residential buildings.

According to the Changchun Society, nearly half of the land in Yuen Long has been designated as a wetland buffer zone, and the adjacent open channel is also of high ecological value.

The Local Research Institute also questioned that developers borrowing land from the government to build simple public housing is "opening the way" for the development of remote land, which will become an excuse for large-scale development in the future.

"Hong Kong 01" has inquired about this with Sun Hung Kai Properties and Housing Bureau and is waiting for a reply.

The first batch of simple public housing sites and cost exposures are all in the New Territories. Residents have the opportunity to be adjacent to luxury houses

According to the document submitted by the Housing Bureau to the Legislative Council, four of the simple public housing sites are located in Area 3A of Tuen Mun, Area 54 of Tuen Mun, Yau Pok Road in Yuen Long and Liantang Mei in Sheung Shui. The land is adjacent to several public housing estates.

It is reported that the two plots of land in Tuen Mun have better supporting facilities and more convenient transportation. It is expected that the demand will be higher in the future. However, the two plots only cover an area of ​​0.8 hectares and 2.6 hectares respectively. The site area is relatively small, so the development density will be high. Higher, it is expected to be as high as ten floors.

As for the land in Yuen Long and Sheung Shui, it is reported that the two lands are relatively large, covering 8.9 hectares and 2.8 hectares respectively, and the location is relatively remote, so the development density will be low. It is initially estimated that only three floors will be built, that is, relatively The current transitional housing has one floor less, but the current plans and land survey work are still in progress, so the total number of units on each site is not yet available.

The news continued that the first batch of 1,000 units to be completed in 2024/25 is only a preliminary study, and it is not yet known which project will be completed for the first time. However, the above-mentioned 4 sites announced first have more information, describing the land use as "clearer", But it does not mean that the relevant project will be the first to "run out".

In addition, the news confirmed that among the four selected sites announced this time, two of them belong to private land, both of which are located in Yuen Long and Sheung Shui, which are the most remote locations.

According to the information of the Land Registry, the land with the largest area, located on Yau Pok Road in Yuen Long and adjacent to Fairview Garden, is owned by SHKP.

The developer has repeatedly split the land into two pieces of land and applied to the Town Planning Commission to reclassify the land from recreational use to residential use. Among them, the application for the southern land use was rejected as early as 2003 because the development of residential buildings was against the law. The original land use plan could not prove that there would be no adverse impact on the landscape, drainage and traffic of the surrounding areas.

Nearly 20 years later, SHKP made repeated breakthroughs in May this year, again applying for the construction of 9 residential buildings to provide 1,228 units. The Town Planning Board was originally scheduled to review the application in January next year.

Seven years later, Xindi split up the land again in May this year, and the land in the north alone has involved 1,249 units.

It is worth noting that the land in the north is located in the wetland buffer zone, which is an ecologically sensitive area.

Wu Xiwen, the public affairs manager of the Changchun Society, pointed out that the previous ecological impact assessment of the open channel facing the land was listed as moderate ecological value. There are many migratory birds feeding on the river, and the function of the wetland buffer zone itself is to reduce The impact on ecologically sensitive areas may even step into wetlands and fish ponds in the future. He is worried that the development of relevant areas will affect the flight routes of winter migratory birds. He urges the authorities to take into account the ecological value of the relevant areas when designing sites.

He continued that according to the experience of Tongxin Village, transitional housing is a temporary building, so the Town Planning Board will be more "relaxed" when granting planning permission, and even exempt part of the ecological impact assessment. He is worried that the simple public housing will continue to use the same However, the authorities have made it clear that simple public housing involves more infrastructure and may also involve additional piling works, which will cause greater damage to the environment, and it may be difficult to return to the current ecological situation in the future.

He also pointed out that the proposed development application on the land had been rejected, and he was worried that it would set a bad precedent, so that other stuck applications could also use this method to remove obstacles and increase the development density: The business went to start a building, and it was a public housing for a short period of time, and then it was transferred to a developer to develop their private building, just as they are now applying for it, so the scale is even bigger!"

Xia Chunquan, a researcher of the Local Research Institute, pointed out that the site selection highlighted the three major problems of simple public housing. Among the first batch of 4 sites announced, the total area of ​​private land is the largest, and it is also very remote. He believes that the developer has specially allocated poor infrastructure. The land is given to the government for development, which in disguise puts the leading right in the hands of the developer. It is described that the nature of the simple public housing is quite similar to that of transitional housing, which will help the developer to release the land. This time it is even more clearly stated that it will provide infrastructure facilities for the relevant site selection "open circuit".

The cost of the simple public housing this time is 32.09 billion, and the average construction cost per unit is close to 900,000 yuan. Xia thinks the cost is quite high, even higher than the current 650,000 yuan per unit of public housing. He describes it as only living for 5 years It's "No way", "Why don't you just build public housing? You demolished it after 5 years of transition, which is actually a waste of money." He thinks the government can use the "Land Resumption Ordinance" to reclaim land, and then revive Public housing is a more effective solution to the housing problem.

Director-General of the Public Housing Association Zhao Guowei pointed out that the two land sites in Yuen Long and Sheung Shui are relatively remote, and he believes that the authorities need to start in terms of transportation, connecting residents to MTR stations, etc., otherwise the site selection will be more attractive reduce.

When asked about Tongxin Village in Yuen Long being accused of being remote, the occupancy rate is still below 60%. Will simple public housing follow suit?

He believes that the rent of simple public housing is lower, so it is difficult to compare the two.

The first batch of simple public housing site selection and cost exposure are all in the New Territories. Residents have the opportunity to be adjacent to luxury houses. The waiting list for public housing has shrunk to 5.6 years. How many times do you move?

"Does not violate the original intention of the policy" simple public housing｜The minimum rent is expected to be only 570 yuan, about 10% off the newly completed public housing in the same district Housing｜CSS materials are no different from transitional housing, if the location is remote, Hebei Social Welfare Organization will operate 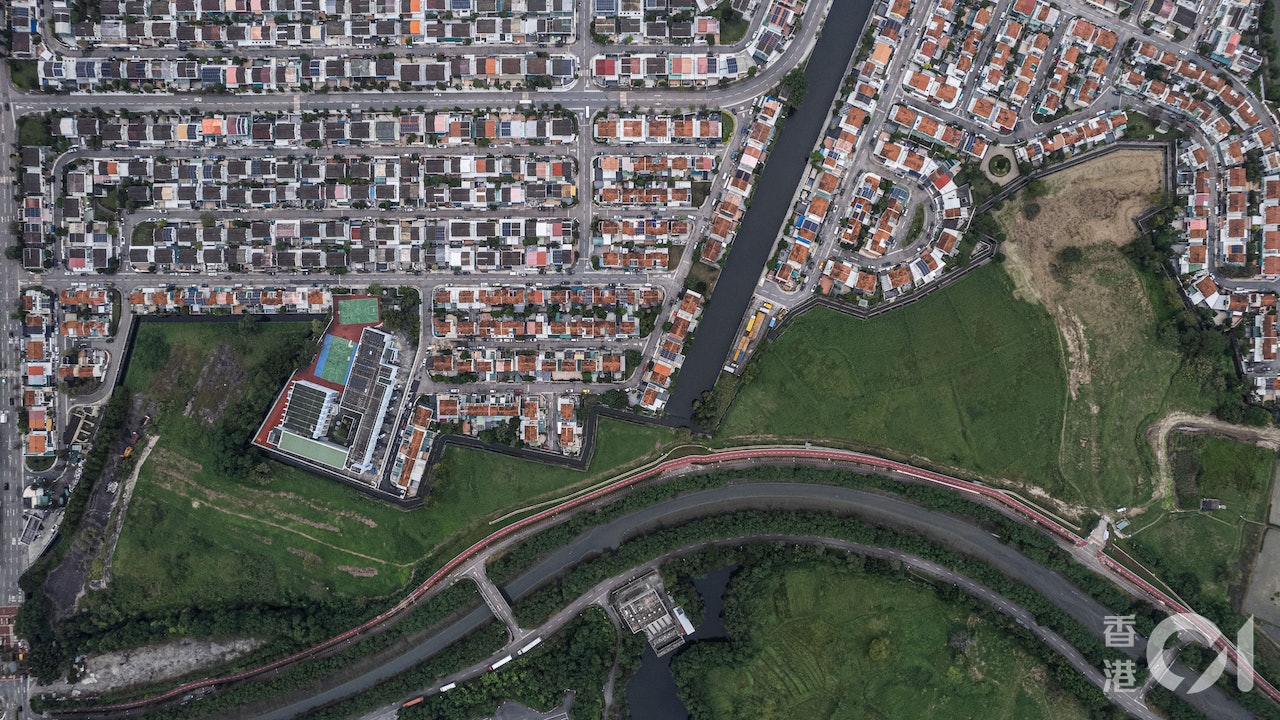 Simple public housing｜News: The overall cost can be reduced by $1 billion 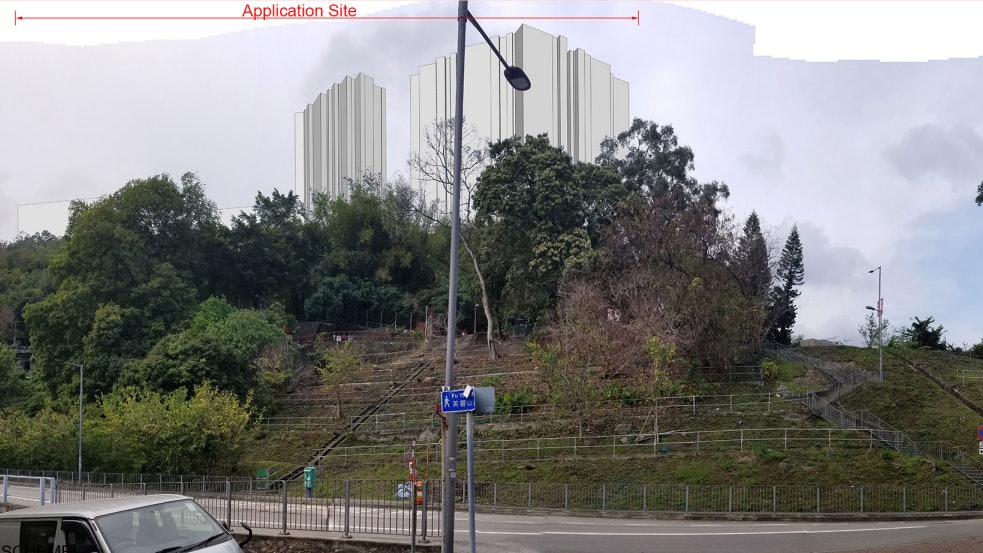 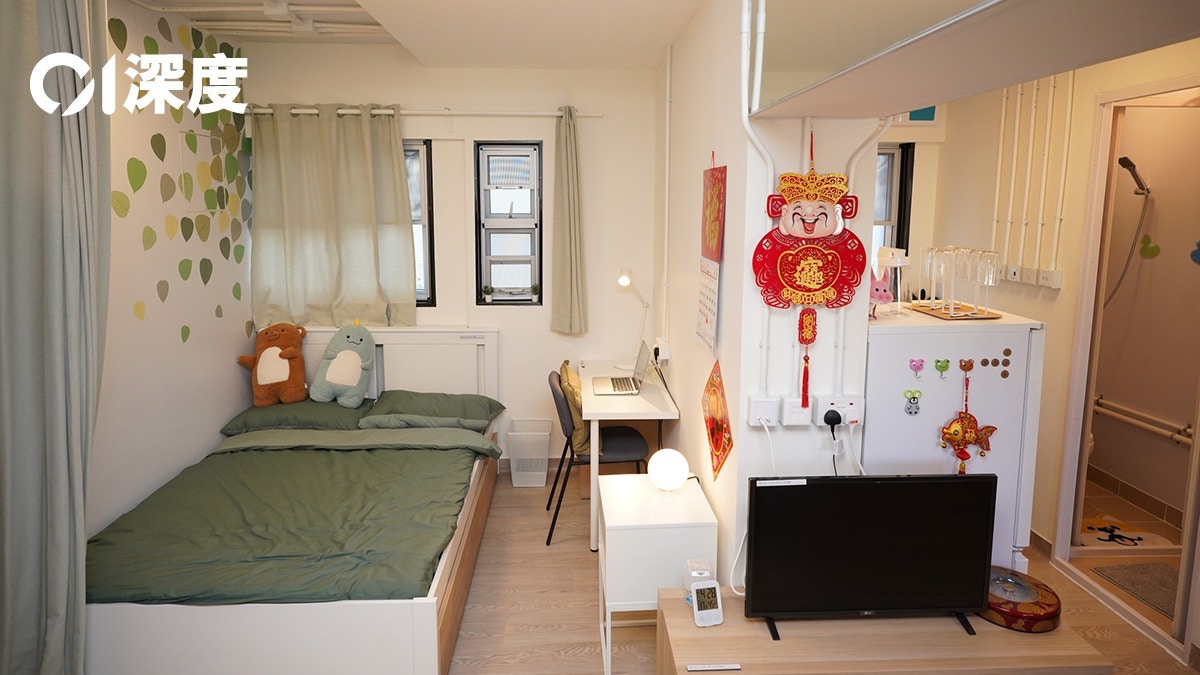 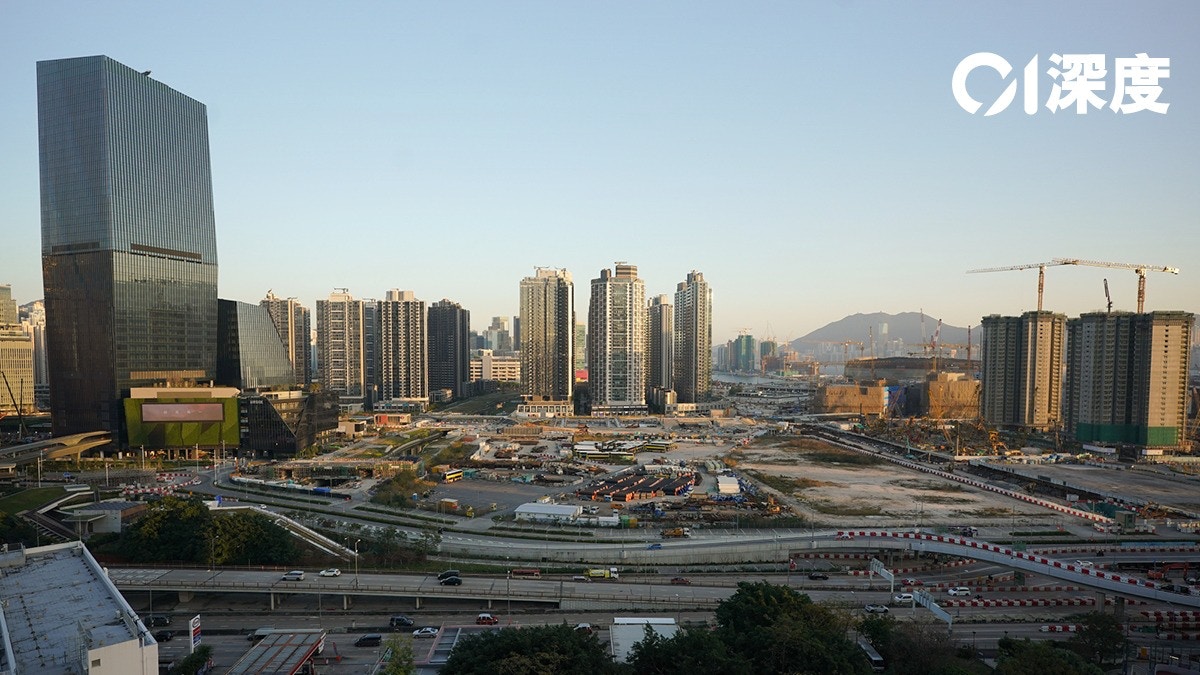 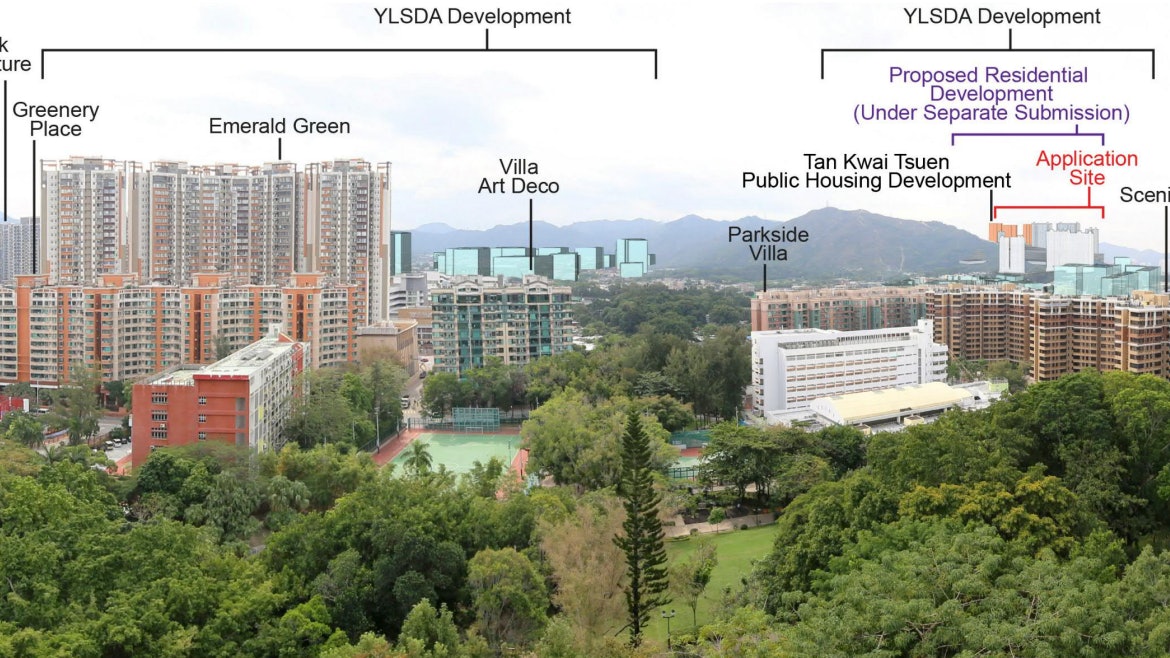 The green belt of Dangui Village in Yuen Long applies for the construction of 13 residential buildings: together with the development of public housing, it is like leveling the hills 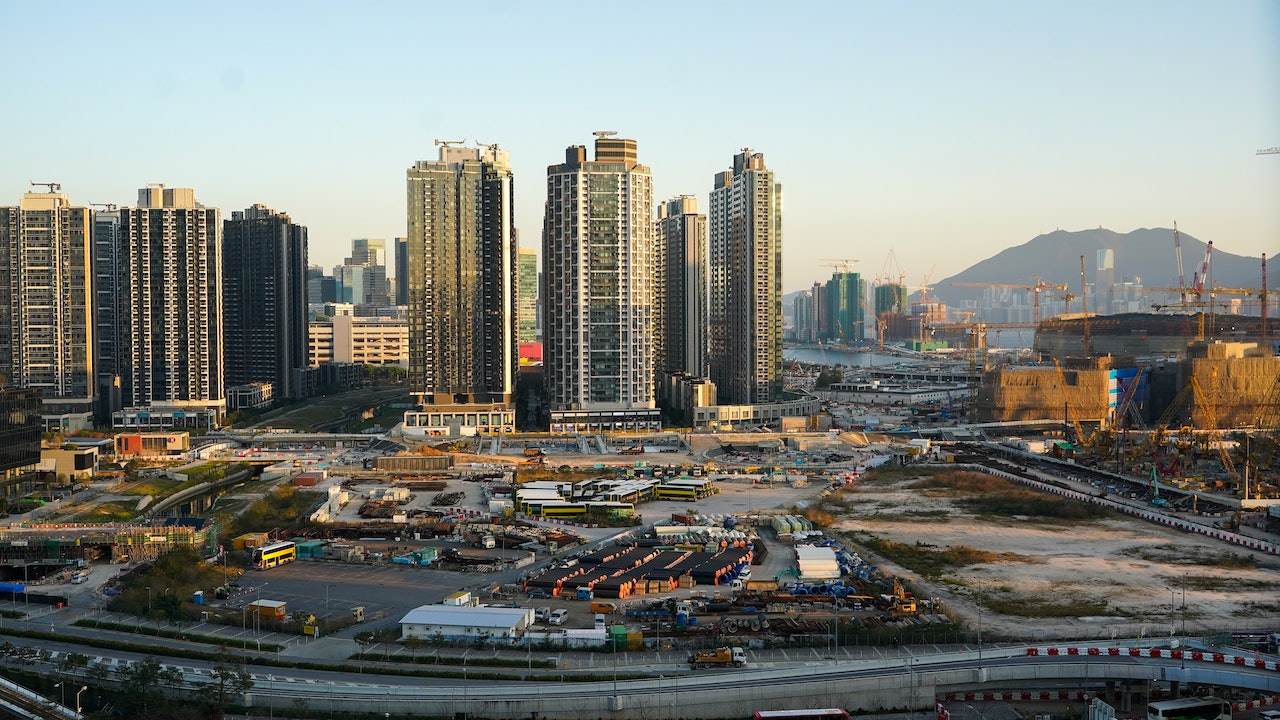 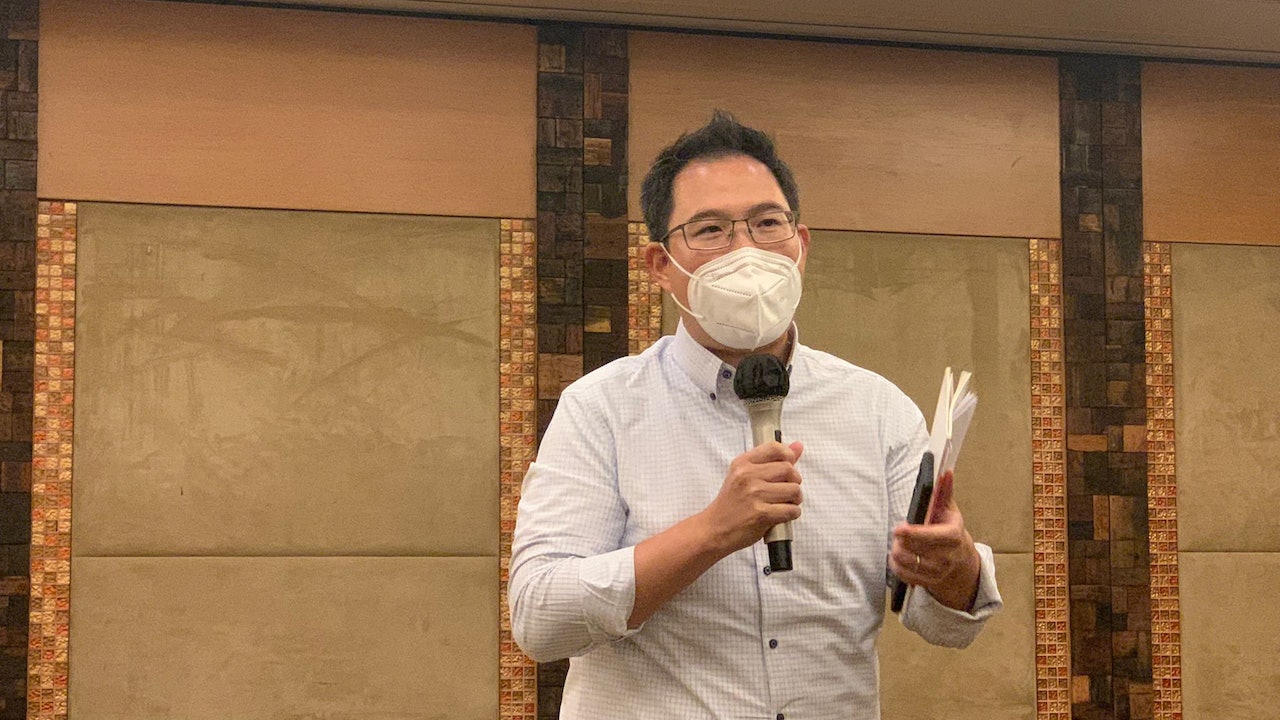 Simple public housing｜Yang Yongjie met with Ho Yongxian: unresolved doubts and voted to abstain from voting in the Legislative Council