The cooperation between Volkswagen and Chinese enterprises, the reverse export of Chinese technology to Europe from "chasing" to "surpassing"

In October, there was another big news in the field of autonomous driving. The Volkswagen Group, which owns many well-known car brands such as Audi, Porsche, and Volkswagen, announced an investment of 2.4 billion euros 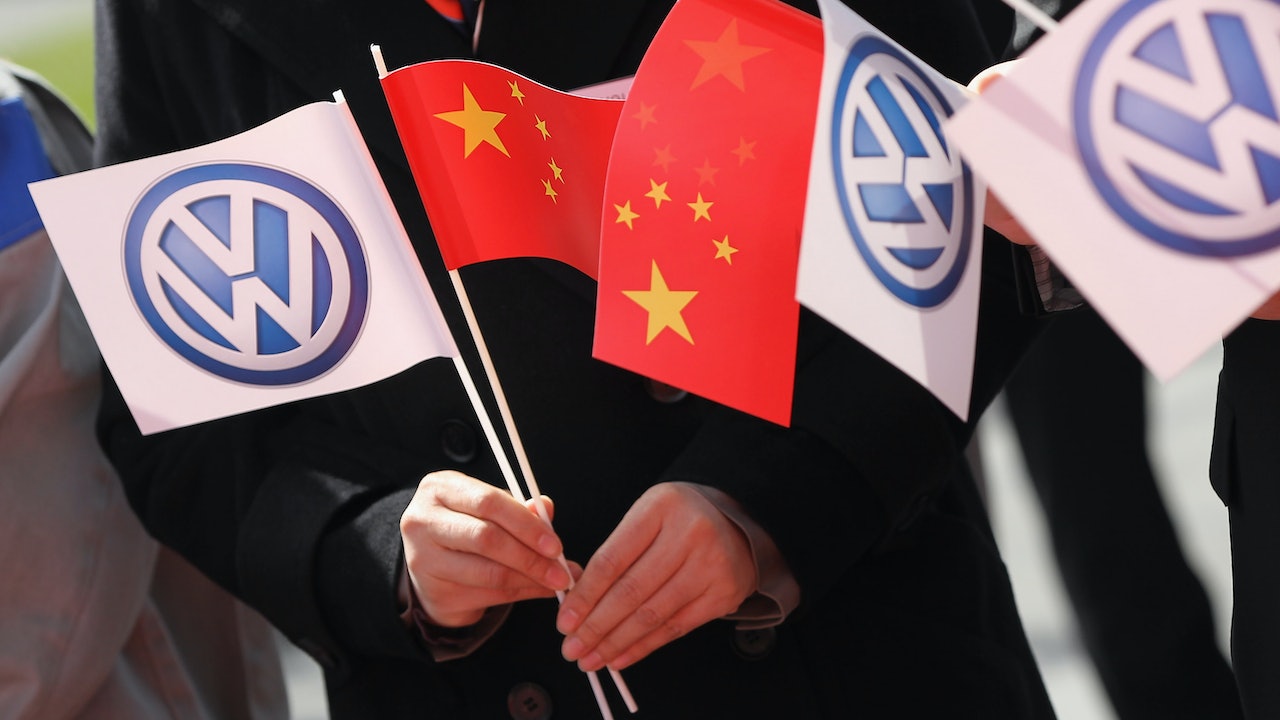 In October, there was another big news in the field of autonomous driving. The Volkswagen Group, which owns many well-known automobile brands such as Audi, Porsche, and Volkswagen, announced an investment of 2.4 billion euros (approximately HK$19.5 billion). Established a joint venture with "Horizon", a leading autonomous driving chip company in Mainland China, and holds 60% of the company's shares.

According to internal media reports, this is the largest single investment made by Volkswagen in the 40 years since it entered China. The two parties will accelerate the development of Volkswagen's advanced driver assistance system and automatic driving system for the Chinese market.

This cooperation not only means that Chinese technology has begun to be exported to Europe in reverse, but also symbolizes a huge opportunity for Chinese companies to "reshuffle" the European automotive business.

This is one of the "Tram to Sea" series

Horizon is one of the few leading companies. The company has reached cooperation with BYD, Guangzhou Automobile Group, Audi and other domestic and foreign automakers, and the cumulative shipments of the "Journey" chips developed by it have exceeded 1.5 million pieces.

With this advantage, Horizon has reached cooperation with more than 20 car companies on pre-installation mass production projects of more than 70 models, and can provide its core BPU technology architecture, including the entire BPU software support package, reference design, etc., as well as various technologies support etc.

In this cooperation, Volkswagen mainly aims to accelerate the development of advanced driver assistance systems and automatic driving systems in response to the needs of the mainland market; at the same time, it will create a leading and optimized full-stack (Full Stack) solution, that is, integrate multiple functions on a single chip, Improve system stability, save costs and reduce energy consumption.

It is the relevant technical system and its cost-effectiveness that the public values ​​on the horizon, and believes that this will help create differentiated innovations.

For Horizon, this cooperation is also a milestone. It will break the existing customer pattern and cooperation model, and help the company's business to a higher level. After all, Volkswagen is its first foreign brand customer.

Judging from the needs of both parties, this cooperation is undoubtedly a significant one with win-win value.

Some people believe that this cooperation reflects the reverse export of Chinese technology to Europe, which means that Chinese car companies will be able to compete with European cars on the same track.

Last year, Stephan Wöllenstein, then CEO of Volkswagen Group (China), pointed out that after decades of catching up, the Chinese auto industry has been able to compete with the West: "In terms of electric vehicles, autonomous driving and connectivity, Some Chinese suppliers are now at least on par."

He believes that this is a "paradigm change" and China's "catch-up" is becoming "surpassing".

Feng Sihan, former CEO of Volkswagen Group (China), believes that China's auto industry is realizing a "paradigm change", reflecting that China's related technologies have changed from "catching up" to "surpassing".

01 Interview｜Cambodia fraud camps are too troublesome to "reject" Hong Kong people and Taiwanese people. There are new reforms in the KK Park?

As the demand for new energy vehicles in Europe continues to grow, China's own brand car companies have gone abroad one after another. No matter in the fields of power batteries, methanol fuel, and autonomous driving, the R&D cooperation between Chinese and European companies is accelerating, and the development of new energy vehicles and other fields is also accelerating. Close cooperation with the downstream industry chain.

It is worth mentioning that China's new energy vehicles have achieved such success not only because of their inherent price advantages, but because of their stable supply chain, high-quality technology and good quality, they are gradually winning the trust of European consumers.

For example, a dealer in Bavaria, Germany had no confidence in Chinese new energy vehicles at first, but gave a high evaluation after careful study of the actual vehicle. The Chinese hybrid vehicle eventually achieved good sales results.

In addition to electric vehicles, methanol vehicles are also considered by Europe as one of the effective options to accelerate the realization of carbon neutrality in the transportation sector.

In May of this year, at the German "Auto City" Stuttgart (Stuttgart) gas station facilities and car washing equipment exhibition, the methanol fuel vehicle independently developed by the Chinese Geely Group became one of the focuses.

Sjur Haugen, director of fuel quality and development in Europe at Circle K, a gas station chain, said it was the first time methanol-fueled vehicles had participated in the exhibition.

Also in Stuttgart, the test vehicle of Momenta, a Chinese self-driving technology company, is also currently being tested on local streets.

Based on the data-driven "flywheel" technology, the company can automatically and low-cost solve the differences in road scenes and driving habits between China and Europe, so that the autonomous driving algorithm can "do as the Romans do" in Europe.

Ferdinand Dudenhoeffer, director of the Automotive Research Center at Universität Duisburg-Essen in Germany, believes that cars are being "redefined" by software and chips, becoming a completely new product.

In order to avoid being out of touch with future transportation technology, joint projects between German and European companies and China will be indispensable, especially in the field of autonomous driving technology.

He said: "We are very excited about the new automotive technology we see in China, and it is very important to cooperate with China."

Looking at the export of Chinese auto technology overseas, it can be said that Shanghai Automotive (SAIC) Group is at the forefront.

Since breaking out overseas in 2007, the group has established an automotive industry chain integrating R&D, marketing, logistics, parts and manufacturing, and its products and services have spread to more than 80 countries and regions around the world. .

According to the Mainland Automobile Manufacturers Association, China's auto exports exceeded 2 million units for the first time last year, with a total of 2.015 million units exported, a year-on-year increase of 101.1%.

Among them, SAIC sold 697,000 vehicles in overseas markets, far surpassing the second-ranked Chery Automobile by 1.5 times, setting a new historical record with a year-on-year growth rate of 78.9%, and winning the top spot among domestic auto companies for six consecutive years.

In August of this year, SAIC's overseas sales reached 101,000 vehicles, a year-on-year increase of 65.7%, making it the first company in the history of the national auto industry to "sell more than 100,000 vehicles in a single month in overseas markets."

The price difference of Tesla Model Y is as high as 490,000 yuan, Hong Kong is the fourth most expensive in the world, mainland China and Japan

The development of SAIC in overseas markets is ahead of all Chinese companies.

The launch of this car means that the group has entered a new stage of entering the overseas market. This year, it will be launched simultaneously in nearly 20 major European countries, and next year it will enter Australia, New Zealand, the Middle East, Mexico and South America.

The group aims to sell 150,000 MG MULANs worldwide next year, which is expected to hit the top of China's overseas sales of new energy vehicles.

The reason why SAIC has stood out from the crowd of Chinese car companies is largely based on its huge capital investment, focus on research and development, and the foresight to seize opportunities.

Last year, the group invested more than 60 billion yuan in the field of innovation, nearly 3,000 patents were authorized, and built a team of software talents with tens of thousands of people; RMB, to speed up the pace of independent innovation.

The Anji Overseas Automobile Logistics business under the group covers nearly 40 countries, and has self-operated international routes to provide guarantee for cargo transportation, and cooperates with suppliers in various regions to expand supply chain construction and gradually build a global operating system.

According to data from the China Association of Automobile Manufacturers, the mainland exported 310,000 new energy vehicles last year, a three-fold increase year-on-year.

German car owners have begun to change their minds about cars from Chinese manufacturers.

Have reversed the traditional concept of Europeans?

In fact, the reverse export of Chinese technology to Europe is not just reflected in the above-mentioned Sino-European cooperation or sales figures.

According to a representative survey of more than 1,000 car owners in Germany by Innofact, a market research organization commissioned by the German magazine Economic Weekly last year, 19% of German car owners intend to buy electric cars from Chinese manufacturers.

In addition, 29% of Germans said that they will not buy Chinese-made electric vehicles for the time being, but they may buy them in the future, which means that 48% of them are open to Chinese cars in principle.

Although the energy crisis caused by the conflict between Russia and Ukraine has had a certain impact on European environmental protection policies, the trend of carbon reduction will be unstoppable in the long run.

Given that China currently has many advantages in the field of new energy vehicles, it is believed that with high-quality new energy vehicle technology and quality, coupled with a complete automotive industry chain, Chinese-made cars are now capable of competing in the future European auto market. Industry powerhouses from all over the world are "hands-on".

G20 Summit｜China, Japan and South Korea electric vehicle manufacturers sponsored the conference to compete on the same field. China’s Geely Group entered the Eastern European market for the first time. The first batch of electric vehicles is expected to go on sale next year. Hydrogen Economy ‧ 4｜The hydrogen bus has not been tried for a long time, is it dangerous or the Hong Kong government has not done enough?

｜Electric car factory settled in the United States: the Vietnamese miracle from instant noodles to cars 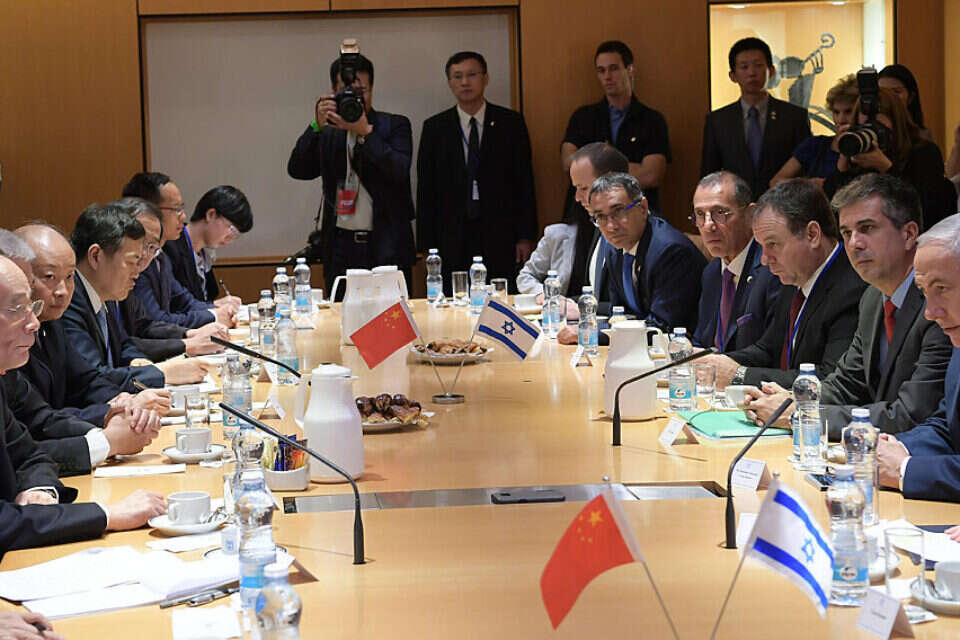 Opinion Between China and the US: Israel on a tightrope | Israel Today 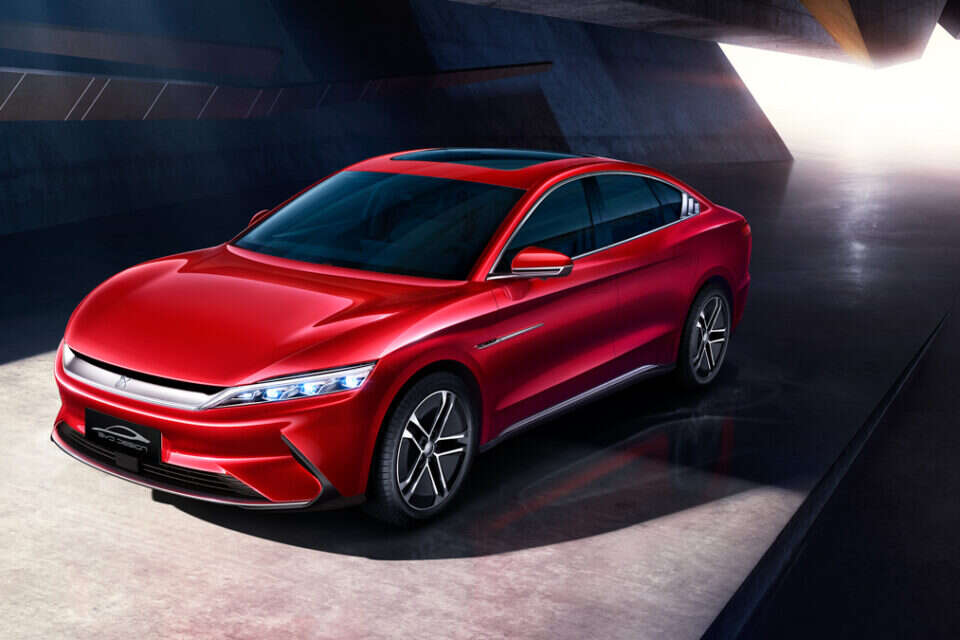 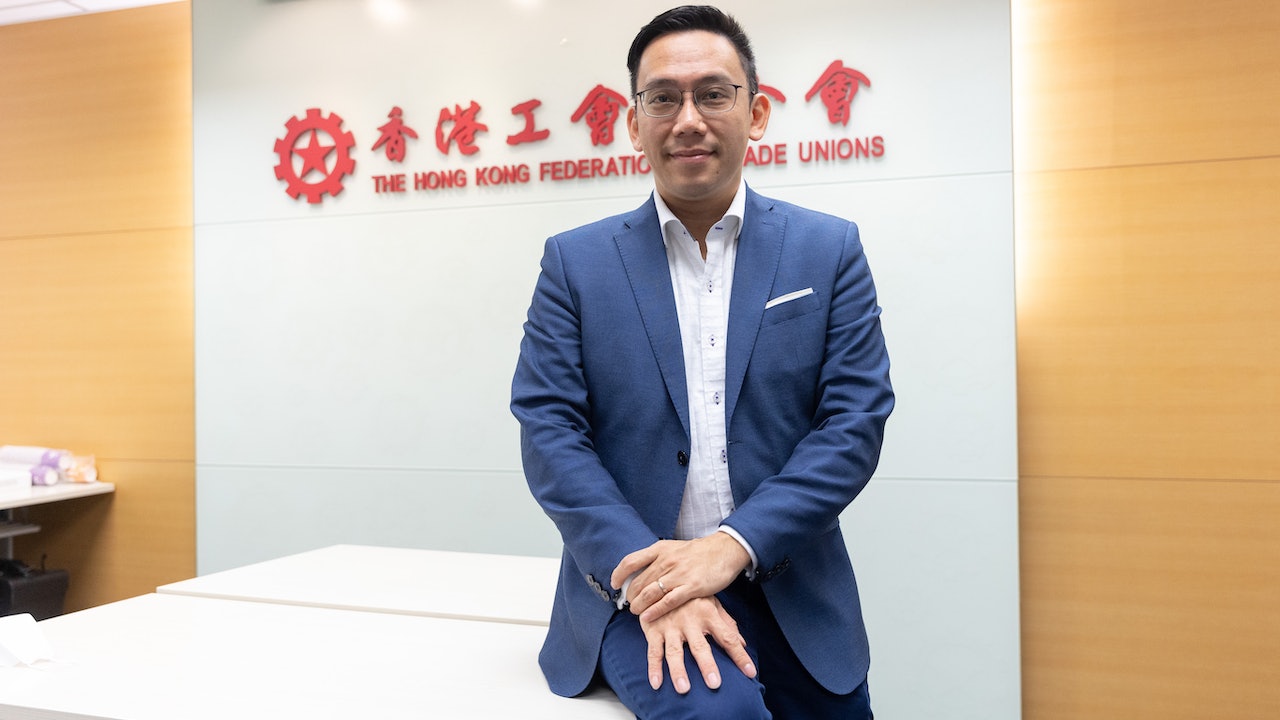 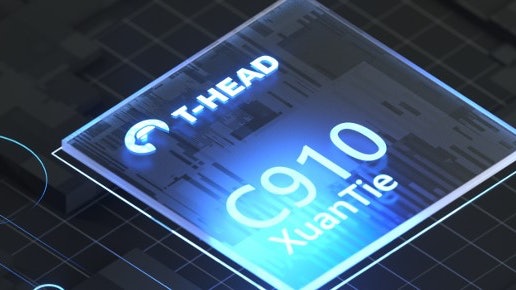 The chip architecture is also open source: the United States' "entity list" against China is counterproductive? 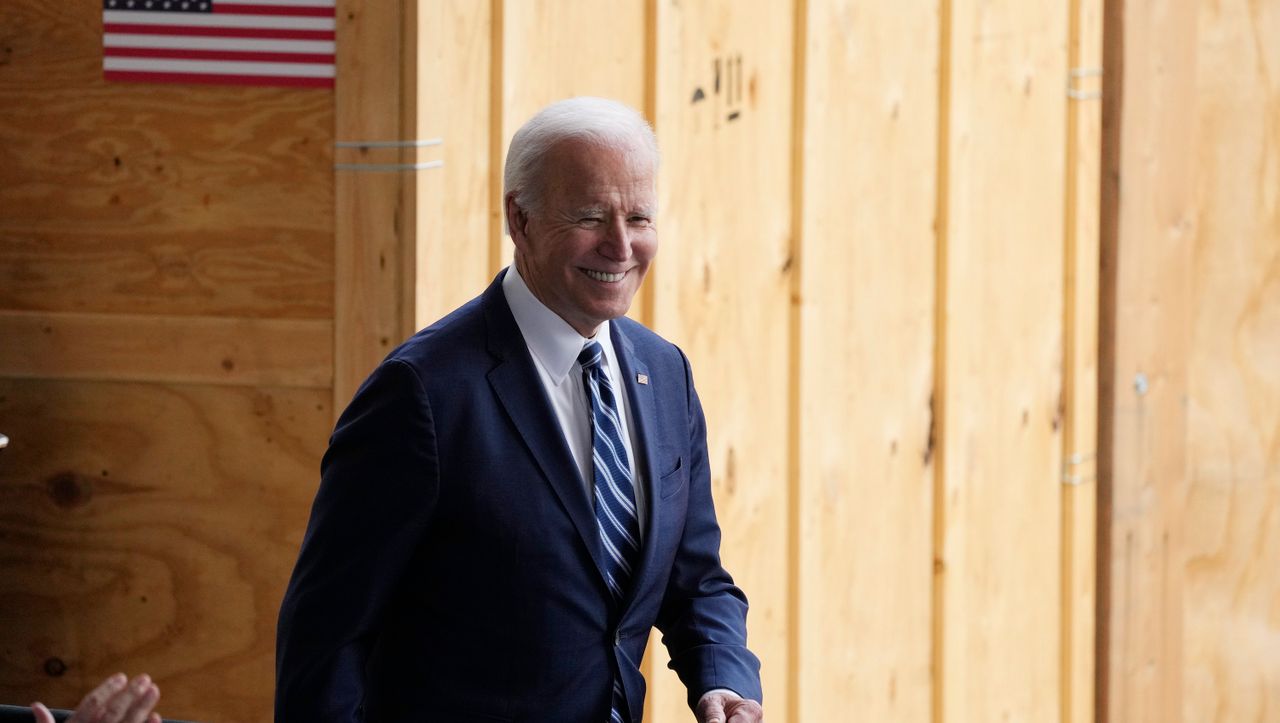