Olaf Scholz has a to-do list, but probably no app for it. China's leadership has a goal, but no plan. And the 49 euro ticket has a price but no start date. This is the situation on Tuesday.

dealt with the question of getting in yesterday, keyword immigration, today is all about making ends meet: appointments on

Does Scholz also have an app on his tap-proof

One would wish for him.

That little ping that acknowledges accomplishments is so immensely satisfying.

11.30 a.m .: Discussion about the shortage of skilled workers in the public sector – oh no, uff, Kevin Kühnert does.

5 p.m.: Discussion with the directors of the IMF, OECD, WTO and Co - ah, a dream appointment!

Finally explaining in English how damn smart this book by Branko Milanovic is about global capitalism.

The appointment could have lasted longer.

Why does everyone look so tired?

6.30 p.m.: Joint press conference with the same directors – well, if the government spokesman thinks it is necessary... Ping!

Seriously: The challenges in

This is also shown by a

that the opinion research institute Allensbach conducts every year on behalf of the insurance association GDV.

My colleague Florian Diekmann will give you an exclusive report today on this year's results.

A good 1000 representative members of the so-called

It is the age group that finds itself in the

, between raising children, caring for parents and striving for professional success.

Unsurprisingly, there is a

in the middle generation in view of inflation and the energy crisis .

"Never before has there been such deep uncertainty and concern as this year," reports Florian.

»51 percent of those surveyed were apprehensive about the next twelve months.

38 percent stated that their economic situation is worse today than it was five years ago.«

It will be a while before the Scholz government can click away this task as done.

If that succeeds at all in the next three years.

They are still holding out, the

Yesterday people tore down barricades, calling for freedom of the press and an end to the draconian zero-Covid policy.

All this still amounts to a sensation, and today it could continue.

"What we are essentially experiencing is voting with your feet," says SPIEGEL correspondent Christoph Giesen in a video analysis.

And one shouldn't forget: "China is a

." The mass surveillance with facial recognition and location services works so well that every Chinese person who dares to take to the streets must expect a visit from the police.

As the New York Times reported, some Chinese have resorted to sarcasm by posting wildly exaggerated praises of their autocratic leadership on their country's closely monitored social networks.

Or their alleged enthusiasm for corona tests.

Today's German contribution to the topic of Corona seems cute: The Barmer replacement fund presents its "Care Report 2022" on the topic "Are nursing homes still Corona hotspots?" From Xi Jinping's point of view, the answer to the question would definitely be yes.

In China, a visit to a contact person of an infected person should be enough to isolate entire homes and nursing staff for weeks.

In Germany, fortunately, after the initial isolation of people in need of care, people have become much more relaxed.

Another topic that should make Zero Covid supporters drip a sweat of fear: Today the

Among other things, it will be about the

to wear a mask on

Bremen, which currently chairs the conference, has submitted a motion to have it abolished.

- if in the first federal states even those who tested positive are allowed to go to the office, and it feels like the whole of Germany is shopping, working, going to the theater and parties without a mask again.

Why then this caution in the air-conditioned ICE?

But well, the German corona policy has so far been consistent, above all in its inconsistency.

” next year, and subject to the pandemic situation.

The transport ministers will also talk about that today, but probably no longer about the price of 49 euros.

There will be protest actions by an alliance of social organizations and churches, which is demanding a social ticket for only 29 euros for financially weak groups.

And the Verdi trade union is planning a nationwide day of action for adequate financing of public transport, with rallies in - hopefully that's counted correctly - eight cities, from Kiel to Düsseldorf to Munich.

Perhaps it would be better not to drive in these places today.

You can find news and background information on the war in Ukraine here:

The starting question today: Which of these countries is not a permanent member of the UN Security Council?

Winner of the day...

, USA correspondent for the “Tagesspiegel” in Washington.

Together with Annett Meiritz from the "Handelsblatt", previously with us in the SPIEGEL capital city office, Juliane wrote a book about how "conservative women are conquering the USA".

Under the title "Guns N' Rosé" the two colleagues present an entertaining and informative portrait of the female right-wing milieu in the USA.

From "rural feminism" in the provinces to the "queens of polemics" in right-wing conservative media to the women in Congress, Washington's "broken center of power".

Yesterday evening Juliane and Annett presented their book in Berlin with the head of the Atlantic Bridge, Sigmar Gabriel.

The positions of right-wing women are populist, Juliane said, but "they often have a point at their core."

The US Democrats also gave the populists too much leeway on important issues such as border security and illegal migration.

Your co-author Meiritz warned against associating the triumph of the American conservatives solely with Trump as a person.

"We will continue to talk about the same topics and methods in the future, even if different names will be associated with them."

Ex-Secretary of State Gabriel described one major difference between the USA and our system: »There are enemies, not political competitors.

The other must be defeated, defeated.«

The panel agreed that female voters for both political camps, US Democrats and Republicans, will be decisive in the next presidential elections. 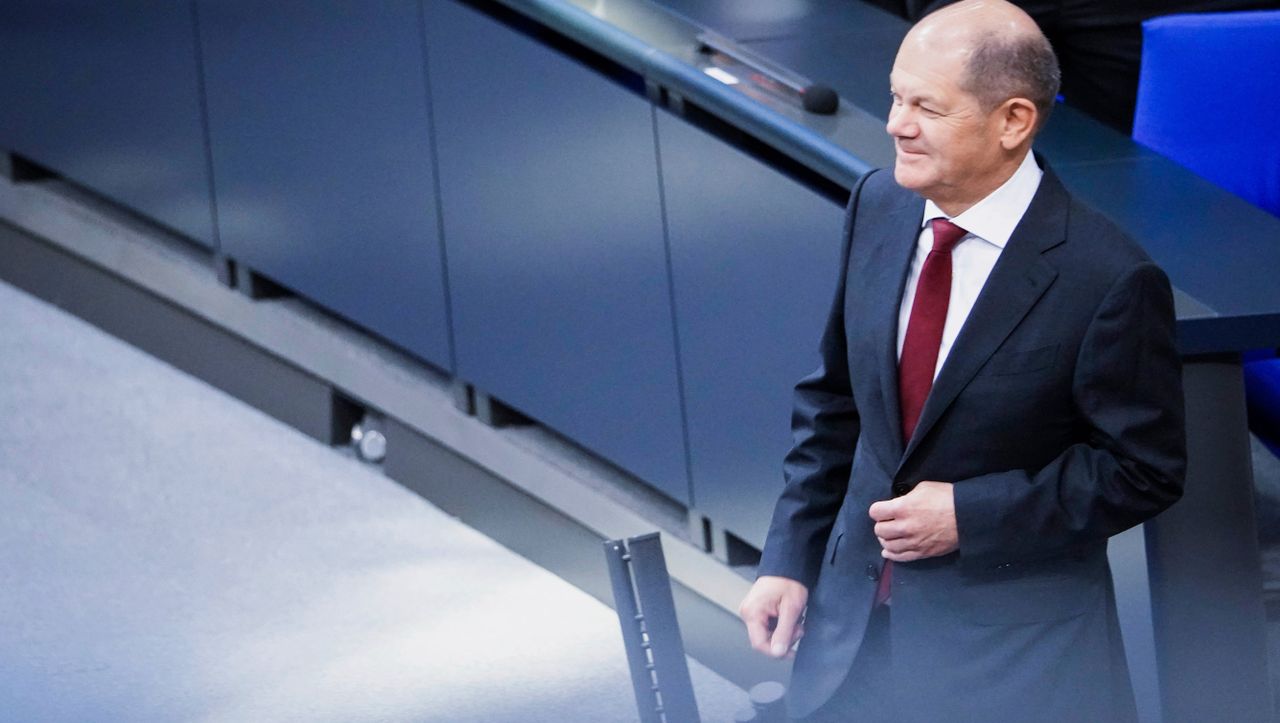 Marie-Agnes Strack-Zimmermann: »The Federal Chancellor must be careful not to split Europe«