Truong Diem brings the magic of Asia to Geretsried

Truong Diem brings the magic of Asia to Geretsried Created: 11/29/2022, 12:00 p.m By: Volker Ufertinger Whoever enters the "Pho Viet" restaurant is awaited by several Buddhas in addition to chef Truong Diem. © Sabine Hermsdorf-Hiss People from 106 nations live together in the city of Geretsried. In a series we give them a face. Today: Truong Diem from Vietnam. Geretsried – Truong Diem (32) sp 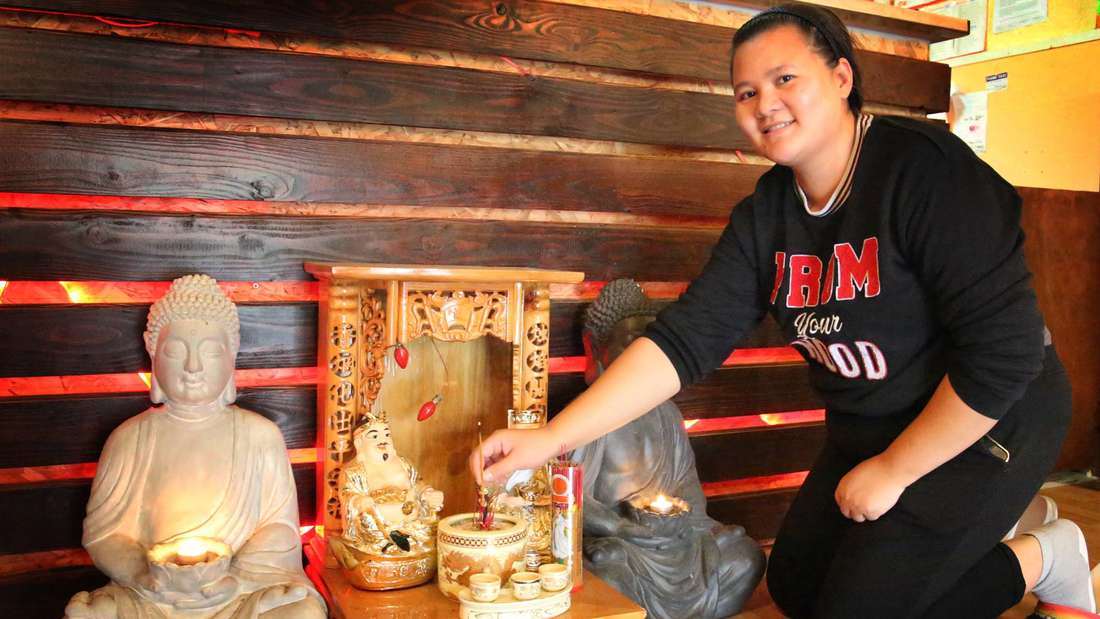 Truong Diem brings the magic of Asia to Geretsried

Whoever enters the "Pho Viet" restaurant is awaited by several Buddhas in addition to chef Truong Diem.

People from 106 nations live together in the city of Geretsried.

In a series we give them a face.

– Truong Diem (32) spent the summer back in her Vietnamese homeland.

But it was just as nice for her to return to Geretsried, to her customers.

Together with her husband Hoi Dam (39), she runs the Vietnamese restaurant "Pho Viet" on the Steiner Ring, and her guests - mostly regulars - have been waiting for her eagerly.

"We were all very happy and hugged each other," she says.

Germany, especially Geretsried, has long since become her second home.

The young woman comes from the south of her country.

At the age of 17 she came to Germany.

"It's difficult in Vietnam for people who can't study," she says.

Her advantage was that a lot of relatives lived in the area around Munich and, like her, cooked Vietnamese for the Germans.

106 nationalities are registered in Geretsried.

Together with her husband, she initially ran a restaurant at her home in Neuperlach.

She became aware of the Steiner Ring location in Geretsried through the previous owner, who was also Vietnamese.

"We knew each other and we liked Geretsried right away," she says.

So they took over the restaurant in February 2020. The name "Pho Viet" consists of "Pho" for the traditional noodle soup and "Viet" for Vietnamese.

In fact, the Vietnamese love their soups.

"We usually drink them for breakfast, which is very healthy," says Truong.

She handles it that way too.

Especially during her pregnancies with her four children Julia (11), Lena (8), Hanna (5) and Leo (9 months) she strengthened herself with it.

You can hardly imagine anything healthier than a "Pho Bo": It is cooked for 12 hours and contains beef in broth with ginger, cinnamon, star anise, cardamom, soybean sprouts, Thai basil, coriander, lime and chili.

The Pho Bo is very much in line with modern nutritional trends in Germany and is very popular.

German was difficult at first

The only thing the Gastromin from the Far East found difficult at first was the German language.

"I attended a four-month course to learn German." Apparently with success, one understands her very well.

“I met a friend there, from Nepal.

And we only ever talked in German, which was very beneficial.” And if you really can't think of one of those strange German words or there is a misunderstanding with a customer, the internet can help.

She has an app on her cell phone that translates Vietnamese terms into German and vice versa.

That's how we handle it in our interview for the newspaper.

Cannabis ban on the brink: This is how experts react to possible legalization

Truong is always happy to return to her home country, usually for several weeks in the summer.

From there she brings a few things with her that she can use when decorating her restaurant, such as the "Non", pointed hats that decoratively hang from the ceiling.

The pictures in the restaurant are also reminiscent of the beauty of their homeland, such as the terraces on which rice and green tea are grown.

She has already infected many a guest with her love for Vietnam.

"One recently flew over and was on vacation there," she says.

The best from both worlds

I was born in Vietnam.

Located in the South China Sea, the country is known for beaches, rivers, Buddhist pagodas and bustling cities.

But there is an app that helps me.

I type the Vietnamese word and the German appears on the phone.

The biggest difference: I notice that the Germans speak relatively quietly.

My compatriots are much louder.

What I will never understand about Germans: How they can pronounce certain words.

There are some that are difficult for us to pronounce.

It took me a long time.

In Bavaria they say "Grüß Gott", in my mother tongue they say "Xin Chao".

What I appreciate about my country of origin: The landscape with the large terraces on which rice and green tea are planted.

In Geretsried the people are extremely friendly.

Life is too short to be in a bad mood.

One City - 106 Nations: Published so far

The UN counts 195 countries in the world.

106 nationalities are registered in the city of Geretsried (as of June 8).

Our newspaper wants to put a face to this number and introduces people from all parts of the world in no particular order who have found a new home in Geretsried.

Maria Looß-Samkova was not able to learn her dream job in her home country.

In Germany, the native Slovakian had the opportunity to come as close as possible to her dream career.

Kubra Panahi had to flee the Taliban with her family.

Now the Afghan is building a new life in Geretsried.

: In its native country, Turkey, it is really hot in the summer.

while his gaze falls on the manicured lawn in front of the terrace of his semi-detached house.

: She has a German name.

But for a long time, Anita Weininger didn't even know that she had German ancestors.

"The topic was taboo in our family," says the native Ukrainian.

No German was spoken at home in Lemberg either.

She only learned that later in a roundabout way.

: Ala Aliakseyenka studied German and English in her native Belarus, also known as Belarus.

Now she teaches bilingual children in Geretsried in Russian, their mother tongue.

: His father was Dutch and his mother was a native of Lower Bavaria.

The tall man has lived with his wife in Geretsried since 1976.

: Two things are very important to Larisa Sulemenov: being a teacher and having her family around.

The 55-year-old is somewhat saddened that she cannot reconcile the two in her life.

But she found a good way for herself, so that today she can say: "I'm glad I'm here." Her story.

: Elsa Kodeda (39) from the Republic of Tatarstan, which is part of the Russian Federation.

How the trained opera singer ended up in Geretsried of all places. 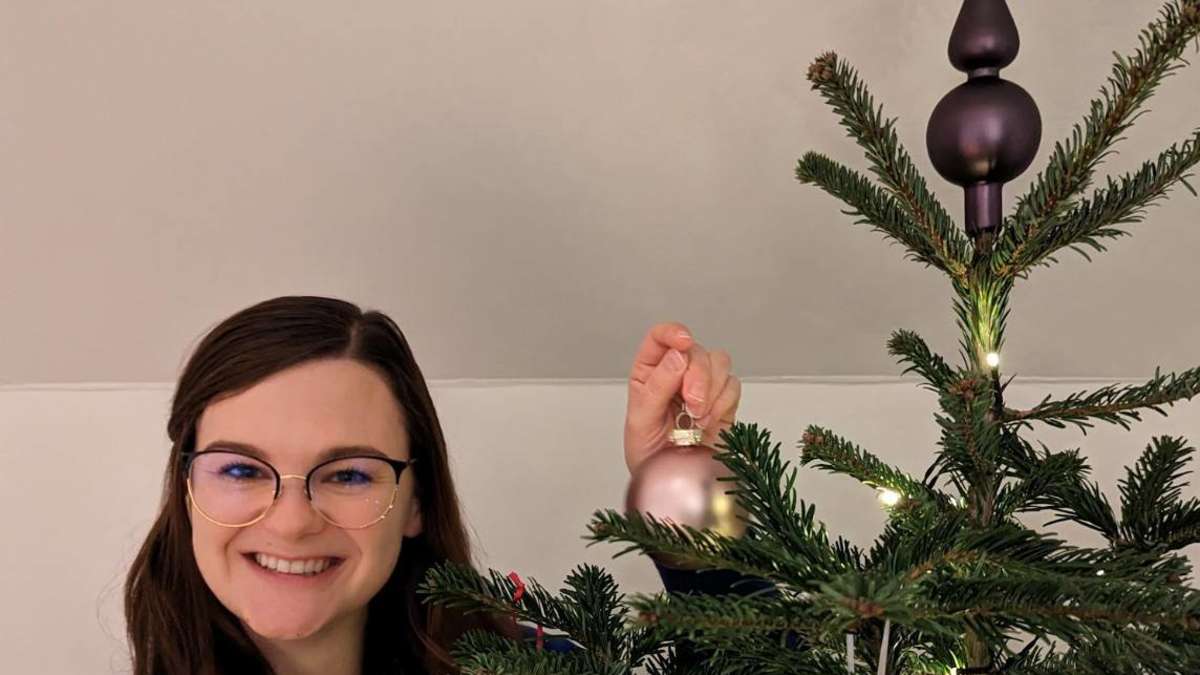 Valerie Harshman has cookies and milk for Santa Claus 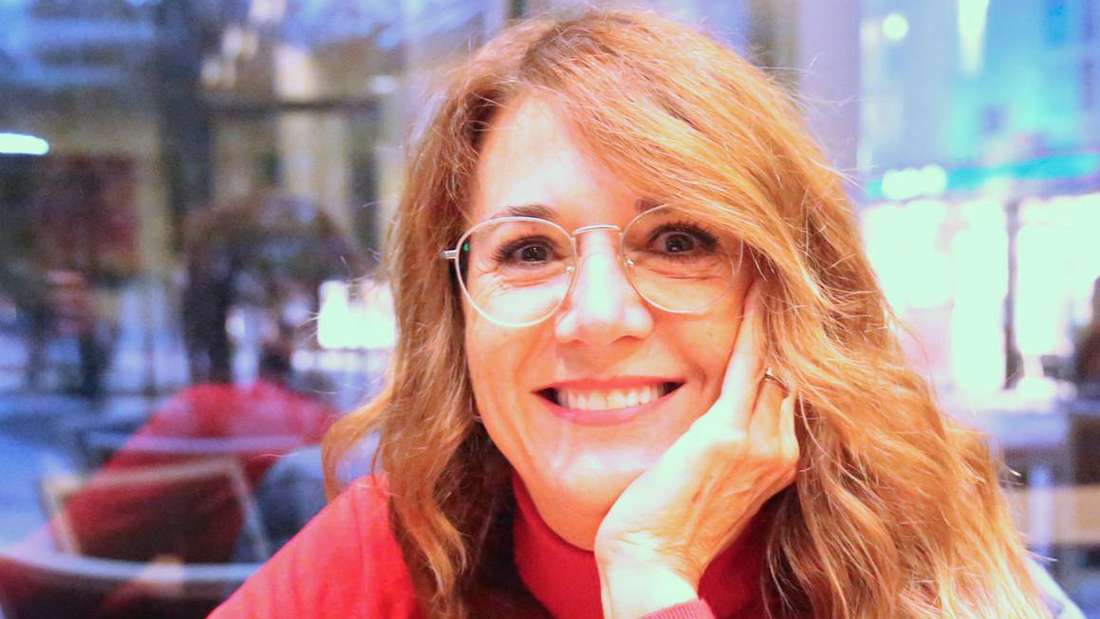 Renate Ribeiro likes living in the "multicultural city" of Geretsried 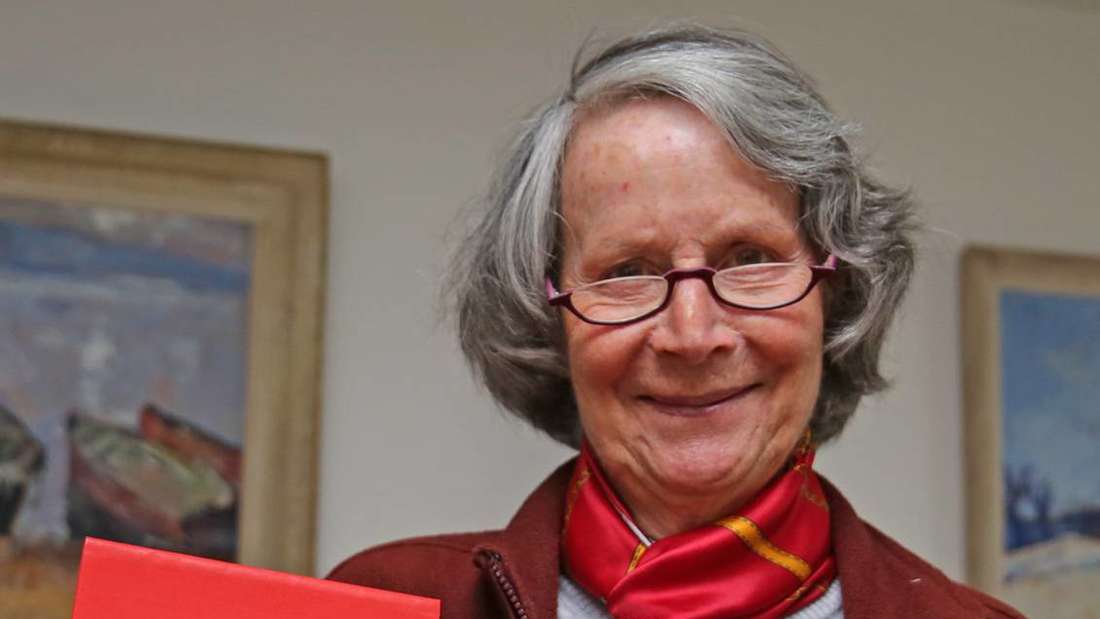 If you are homesick, a look at the Lac de Neuchâtel will help Christmas for everyone: the town church gives presents to residents of Sankt Ursula Heim 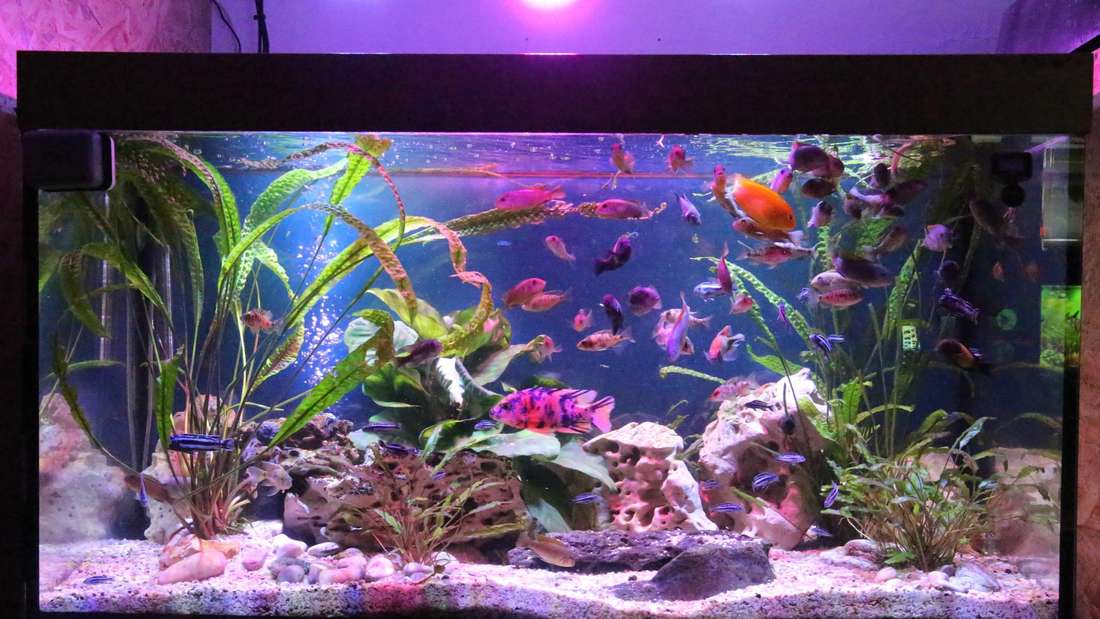 This look makes you forget all the hustle and bustle 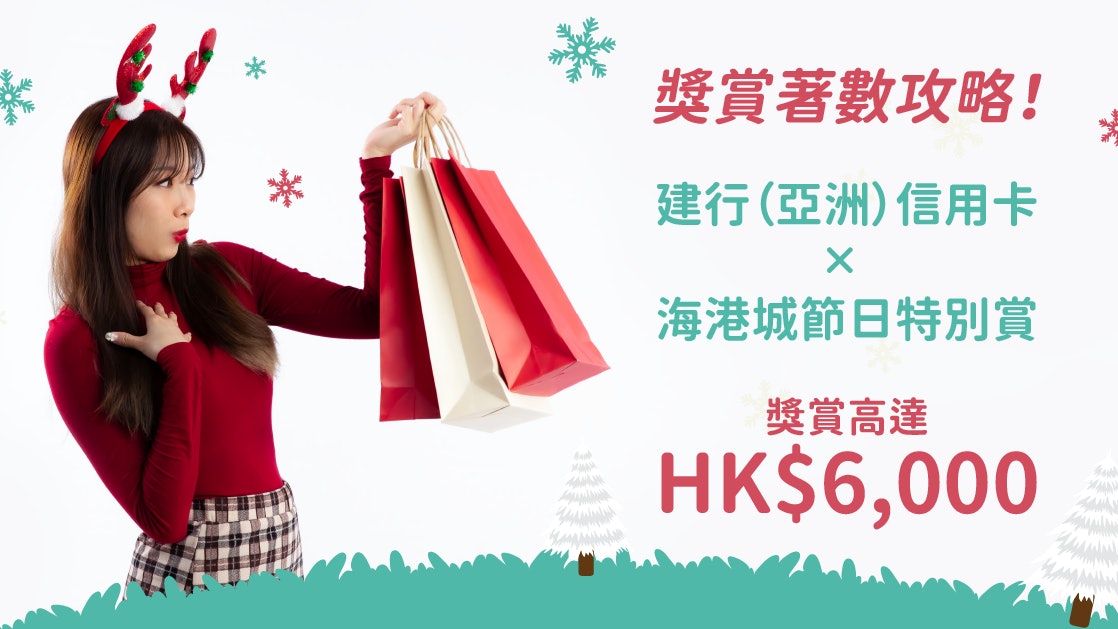 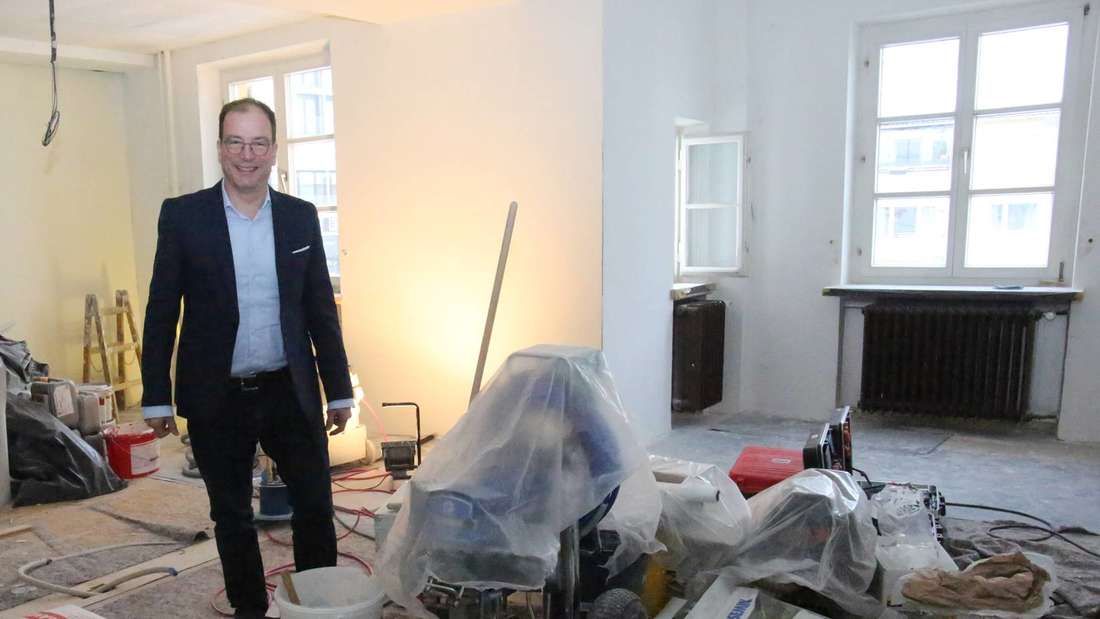 Interview with the mayor: Why Geretsried can be proud of itself