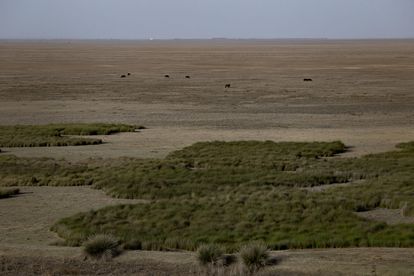 Doñana is in critical condition after the progressive deterioration of recent years.

The extreme drought it suffers is just the finishing touch to the gradual suffocation carried out by intensive agriculture and tourism, which have undermined its aquifer and dried up its wetlands.

To try to rescue the precious reserve from its environmental deterioration, the Government has launched this Wednesday a crash plan with 356 million euros to restore the water reserves, the essence on which all its biodiversity depends.

Scientists warn that time is running out to be able to reverse its decline and the third vice president and minister for Ecological Transition, Teresa Ribera, has presented in Almonte (Huelva), at the gates of the protected area, a series of measures to prevent disaster materializes.

“The deterioration should not be the news, but the commitment to maintain it.

We are facing a real risk of a hardening of the conditions of the water cycle after having lived through the driest decade”, she has warned.

Despite the fact that the experts advocate a joint plan between the Government and the Junta (PP) that complements the water and agriculture policies in order to guarantee governance in a territory so stressed with conflicting interests, the continuous and recent political confrontations between both administrations They have frustrated that pact.

This Wednesday the Ecological Transition has presented its plan around water, the scarcest good, and over which it has exclusive powers, with these far-reaching measures that the scientists applauded:

The Government allocates 156 million to reduce the extraction of groundwater that affects the reserve.

Among others, the areas of La Rocina and Los Hatos will receive contributions of surface water that will allow the aquifer to recover its former levels.

In the macro-urbanization of Matalascañas, the wells to supply water to its 150,000 vacationers will be moved further west to move them away from the park, where they contributed to drying up the nearest sweet lagoons.

To reinforce the closure of the illegal wells that feed the strawberry greenhouses, Ecological Transition allocates 7.8 million that will increase the staff of six environmental agents who monitor and punish farmers who steal water.

The police pressure on these farmers without permits has a hopeful fact: the hectares of cultivation under unauthorized plastic have fallen from 1,202 in 2019 to 762 in 2021, according to satellite images obtained by the Guadalquivir Hydrographic Confederation.

Image of the dry marsh in Doñana, last October.

Of that total of 156 million, 100 are intended to buy farms with water rights whose owners are willing to sell.

The Government can buy an entire farm, rainfed or irrigated, or acquire only the water rights to change the use of the land from irrigated to rainfed, or it could also exchange the land for others in the Guadalquivir basin.

The last purchase was the Los Mimbrales farm, which the ministry acquired in 2015 for 35 million to free its 1,000 hectares from agricultural use.

If the price were similar, the Government would release some 3,000 hectares of its current crops.

The national park consists of 54,000 hectares.

A measure demanded by ecologists for decades is the reconnection of the Guadiamar river, which once introduced some 200 cubic hectometres per year into the marshes and was redirected in the 1970s for agricultural uses.

Together with the renaturation of Los Mimbrales and the Partido stream, these actions add up to 20 million.

Other initiatives seek to improve the ecological corridors and the improvement of the conservation of species such as the teal, the lynx or the imperial eagle, for 12 million.

The ministry includes in the plan the already projected water sanitation works for a total of 142 million euros.

The objective is to improve the water that reaches the marshes and the coast, among the latter those discharged in Matalascañas, and which, together with other population centers, has led Spain to pay the European Commission its largest fine in history.

Two new treatment plants will be built in Isla Mayor and Gerena (Seville), in addition to reforms to the sanitation facilities in Lucena del Puerto (Huelva) and the Andalusian capital.

To generate more research, the Government will allocate 8.5 million to the Doñana Biological Station (belonging to the CSIC), which in collaboration with the ministry will evaluate the effects of the reserve's water status on biodiversity, the design of environmental restoration and monitoring and effectiveness of the shock plan in the coming years.

A group of flamingos, in the lagoon of Santa Olalla de Doñana, a month ago.

"We need a living Doñana, not a dead Doñana", Ribera said this Wednesday about the controversial bill of the Andalusian right to increase irrigation in 1,400 hectares around the park, rescued by Vox this fall for its debate in Parliament autonomous.

Just before presenting the plan at the Salvador Távora de Almonte theater, Ribera had planned to meet with 14 mayors from the reserve environment, but only five attended.

Among the striking absences, the socialist mayors of Bonares, Moguer and Bollullos stood out.

"It is evident that they have not come because of their opposition to the bill," slipped the independent mayor of Lucena del Puerto, Manuel Mora, who did attend.

This Wednesday the president of the Doñana Participation Council and biologist Miguel Delibes has urged the ministry and the Board to work "all together" on a common plan.

“In Doñana and in almost everything, you have to flee from the saviors (…).

The most urgent thing is that the Board and the ministry meet, agree to work with a program and discuss it in the Participation Council ”, he stressed.

Later, the minister showed respect despite the fact that she was moving alone: ​​"The most important thing is to work together, Mr. Delibes is guaranteed the commitment of this park when he makes that call and you have to listen to him very carefully and try to do it."

At the moment, the Board, with a plan approved in 2014 to protect the aquifer and which is half-executed, does not reveal whether it will provide new funds for Doñana.

Applause from the scientists and criticism from the Andalusian Junta

The Government's plan to prevent environmental degradation in Doñana received the applause of experts and environmentalists this Wednesday.

“The plan is a positive step on the right path, with actions to recover emblematic ecosystems of the park.

Without these actions, Doñana is doomed to death”, warned Juanjo Carmona, WWF coordinator for Doñana.

The director of the Doñana Biological Station (CSIC), Eloy Revilla, added his praise: "It is very positive because it will improve the water situation of the park and will help eliminate groundwater consumption."

In the surroundings of Doñana there are some 2,000 hectares of illegal farms for the cultivation of red fruits, according to WWF calculations.

The macro-urbanization of Matalascañas, seen from level 32 of the Doñana National Park, the highest point in space.

Meanwhile, the Junta has censured that the Ministry for Ecological Transition avoided presenting a joint plan: "When Doñana becomes a throwing weapon that politicians throw at our heads, we may earn good headlines, but we do little to help the national park." , criticized the spokesman for the Board and Andalusian Minister of Sustainability, Environment and Blue Economy, Ramón Fernández-Pacheco.

A spokeswoman for his Department went one step further: “In 2018 the ministry approved a law to carry surface water through the transfer of the Red Odiel Piedras and it has still not done anything after four years.

This is the second announcement he has made without the first one having materialized.

Between the two opposing Administrations, the president of the Participation Council, Miguel Delibes, has assessed: "The proposals sound very good, reduce the pressure on the aquifer, provide surface water, facilitate the flooding of the marsh, improve purification, and encourage the research, are all positive proposals that we can only thank and applaud.

On the other hand, to act in a densely populated region of 3,000 square kilometers it is necessary to work in coordination with the Board, responsible for agriculture, land use planning and natural space”. 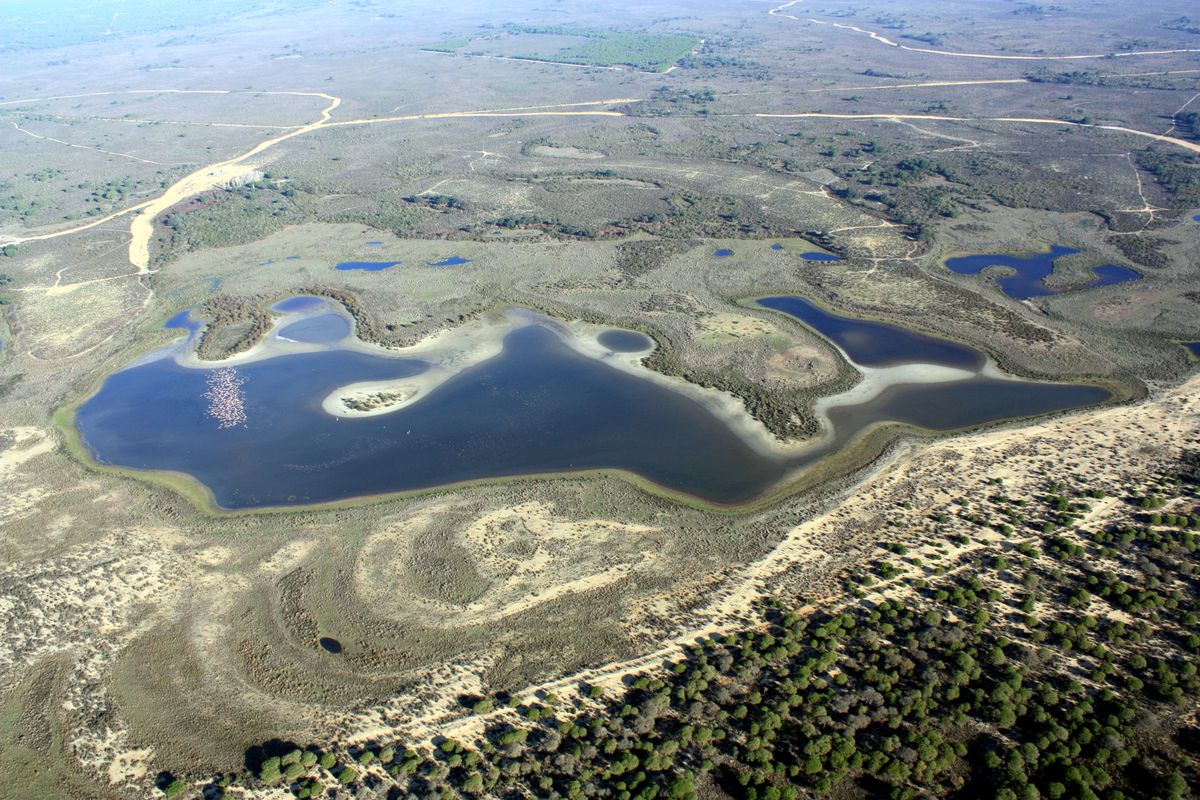 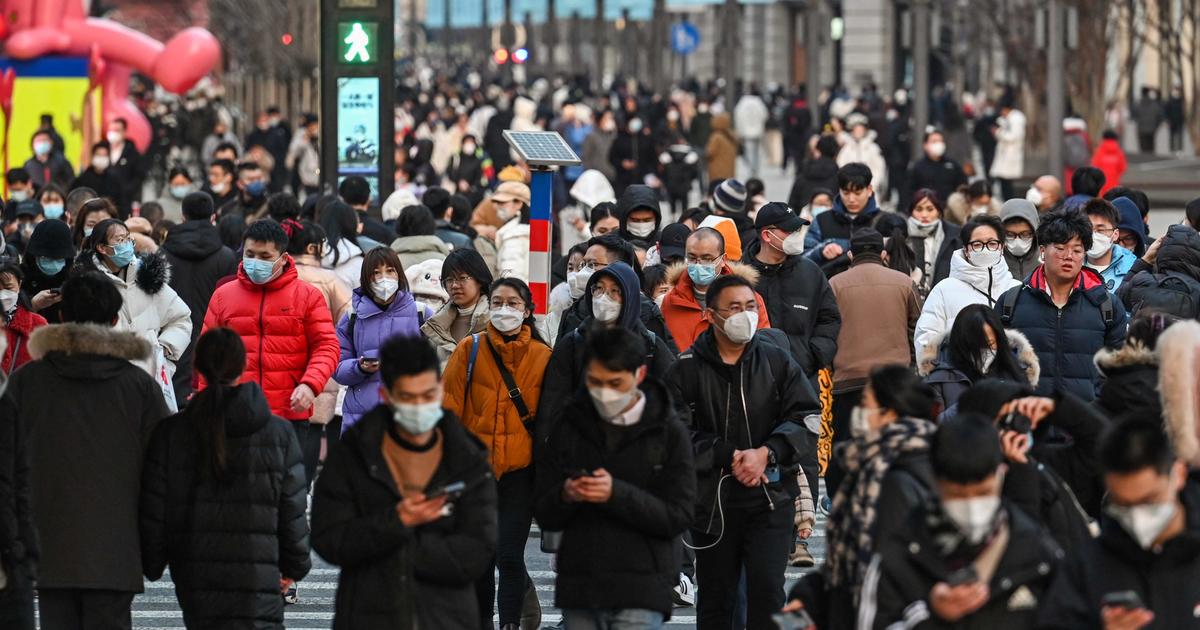 China's population declines for the first time since the 1960s 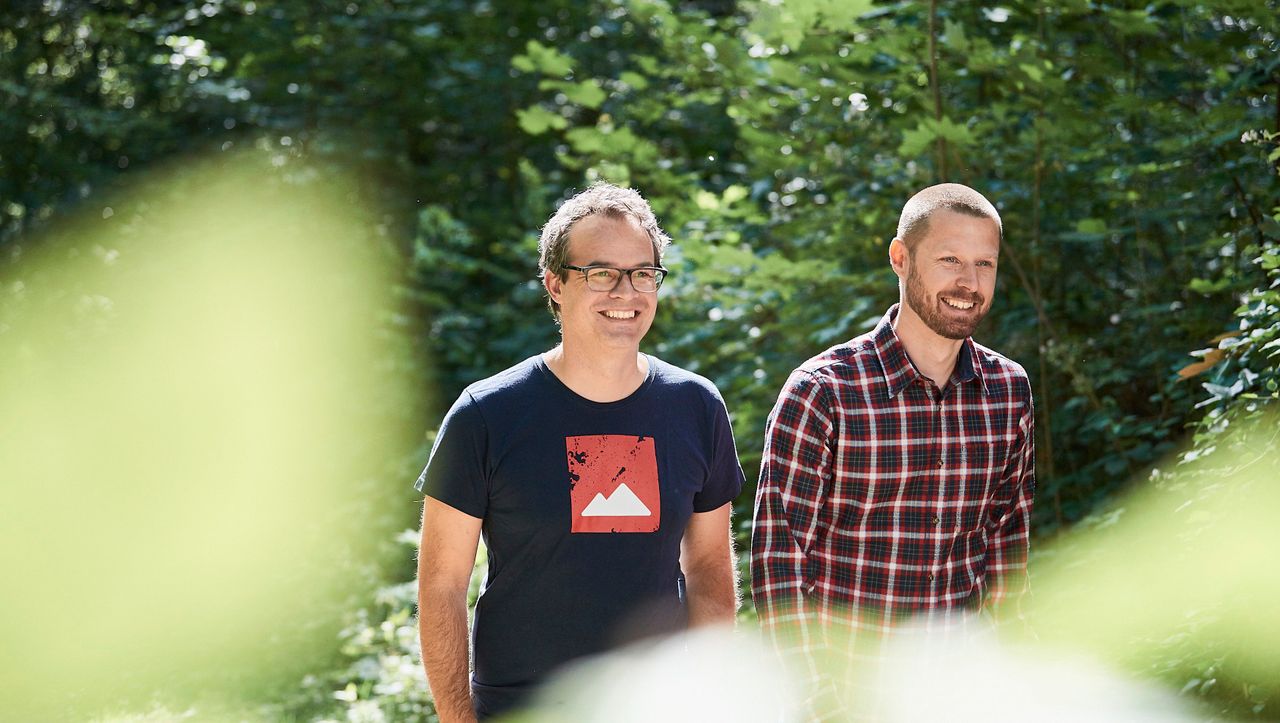 (m+) Bergfreunde: The outdoor online retailer left Globetrotter behind and says how he wants to continue to grow 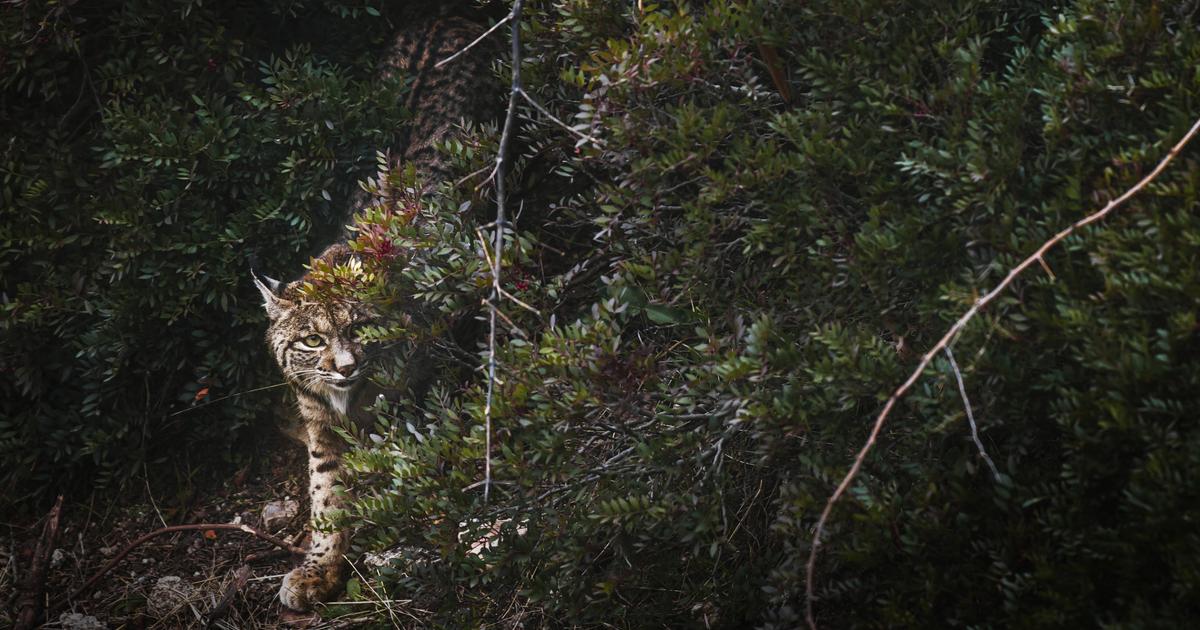 The great return of the Iberian lynx

USA exceeds 333 million inhabitants thanks to immigration. These are the states that are growing and those that are losing the most population 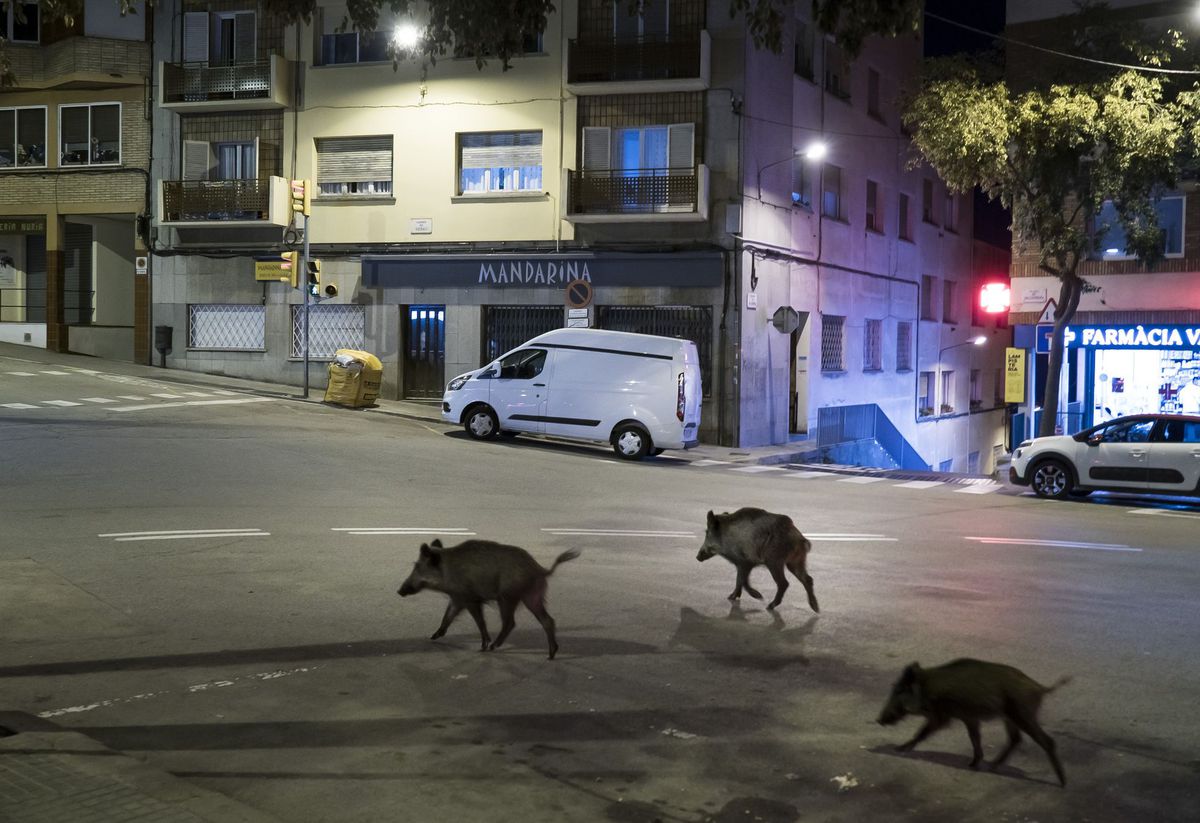 The failure of the fight against wild boar: Catalonia faces the hunting emergency

The restrictions on monopolies are on the way: what happened to the shares of the food industry? - Walla! Of money 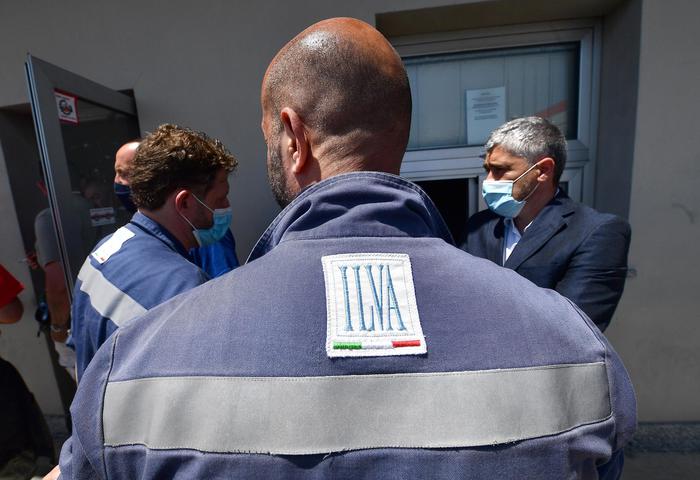