By the Western Wall: thousands of children moved in memory of the murdered - voila! Judaism

The second cycle of "Yizkor" - the largest Mishnayat project of its kind in the world in memory of the martyrs of the Holocaust - was launched, in a prayer and strengthening rally with the participation of thousands of children and boys. View the photos

The children at the strengthening rally (Photo: Courtesy of Y. Yotkovski)

In a prayer and strengthening rally with the participation of thousands of children and boys with the opening of winter time held at the Western Wall, the opening of the second cycle of "Yizkor" - the largest Mishnayat project of its kind in the world in memory of the martyrs of the Holocaust - was noted.

Thousands of Israeli children from all over the world are studying six million two hundred and fifty thousand Mishnahs in the course of ten months as part of a special study to commemorate and uplift the souls of millions of our dear brothers, led by the Torah greats and awe-inspiring ones who were killed for the sanctification of God at the hands of the Nazis and their helpers, and of the quarter of a million martyrs who sacrificed their lives in the war against The Nazis within the allied armies and underground.

The public test and the selection of the groom of the world secondary schools will be held on 26 Bayer Tashpag - the day of liberation and rescue of the rest of the refugees in Europe after the surrender of Nazi Germany with the participation of representatives from organizations for studying secondary schools from Western and Eastern Europe, from the USA and other countries and thousands of students and parents led by Israeli elders.

The program 'Learners who remember' of the organization 'Yizkor', which is held with the blessing of Marnan and Rabbanan, the Torah greats, Awe and Hasidism, at the initiative of the Governor Mr. Gabriel German Zakharev, President of the International Foundation 'Stamagi', is being operated, this is the second round, by the umbrella organization 'We and our descendants' which brings together about 60,000 Children and parents, fathers and sons, who meet every week for about an hour of joint study, in an experiential setting, in about 1,000 branches in about 70 settlements. Its uniqueness - its appeal to diverse populations that include ultra-Orthodox, religious and secular, and being a unit of parents and children together - passing on the legacy to generation after generation

The educational supervisor of 'We and our descendants' Rabbi Mordechai Beloy said that "Unfortunately, the younger generation is not interested in memories, and sees them as another irrelevant historical detail. There is a lack of connection between our existence today as a nation, as a community, as a family - and the events of the past. For the younger generation, The existence of the Jewish people and the flourishing Torah world is self-evident. Communities that perpetuate the memory of the communities that were destroyed in Europe is a fact for memorial plaques, and nothing more. They lack the understanding that they are part of the creation of a wonderful miracle, which began on the day of liberation and salvation, and is alive and breathing to this day. Every page of the Gemara, chapter of Mishniyot or Psalms, the story of the righteous, starting a family and passing on the values ​​and tradition that almost came upon them, God forbid."

The founder of the enterprise, Mr. Gabriel German Zakharev, with the children of the secondary schools at the end of the first cycle (Photo: Eli Itkin)

German Zakharev said that he considers it a great privilege to take part in the study of the Mishnayat which received the blessing of the great men of Israel from the Harayel Steinman and Rabbi Kanievsky Zatzukal and Badlacha from the Rabbin Shalita, as well as the Harhar for Israel and fifty of the most important rabbis and jurists of Europe headed Gabod of Europe, the Gaon Rabbi Hanoch HaCohen Arntroy Zatzel, and the president of the 'Conference of Rabbis of Europe', the Gaon Rabbi Pinchas Goldschmidt addressed the Jewish communities in the USA and the Diaspora with a holy reading to mark the Day of the Salvation of European Jewry in remembrance for generation after generation by reciting the Psalms, studying Mishnayat, and Chanukah Churches and writing Torah scrolls in order to add and complete what was missing due to the loss of a third of all Israel that was destroyed during the Holocaust.

The founder of the enterprise, Mr. Gabriel German Zakharev, with the children of the secondary schools at the end of the first cycle (Photo: Eli Itkin)

As I recall, in the holy reading they published, the rabbis wrote that: "On the twenty-sixth day of Iyer, when the Jewish people also began to shake off the ashes of the furnaces, the miracle of physical salvation and the secret of spiritual revival will be noted."

Descendants who observe Torah and mitzvot are not a dead monument but a living commemoration and the sound of their Torah is a triumphant cheer, an eternal monument to their memory and a guarantee of our existence.

And as we saw on the Passover holiday that slavery ended, that we brought freedom from slavery to redemption and mourning for Yom Tov, despite the fact that thousands of Israel were killed there. And for the rest of the exodus, this day was a day of liberation from the death camps and coming out of hiding to freedom, and all the condemnation was like the smoke of its bride and the allies in many heavenly places judged and punished the These wicked people. Therefore, there is definitely room to give thanks to God, blessed be He, for the fact that the wicked did not succeed in destroying us when they plotted to do it." 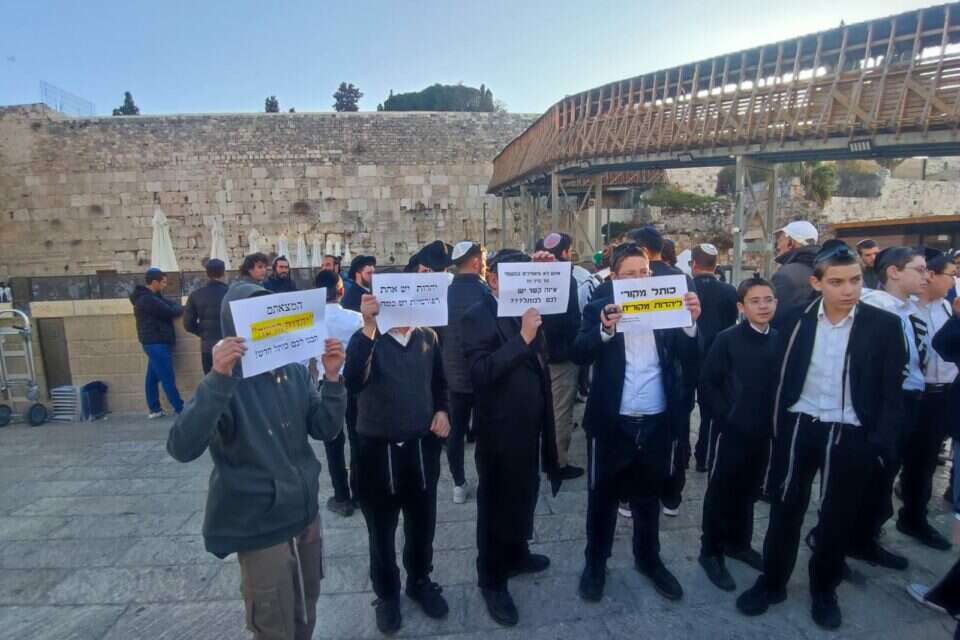 "You invented a new Judaism": dozens of young people protest in Jerusalem against the women of the Western Wall Israel today 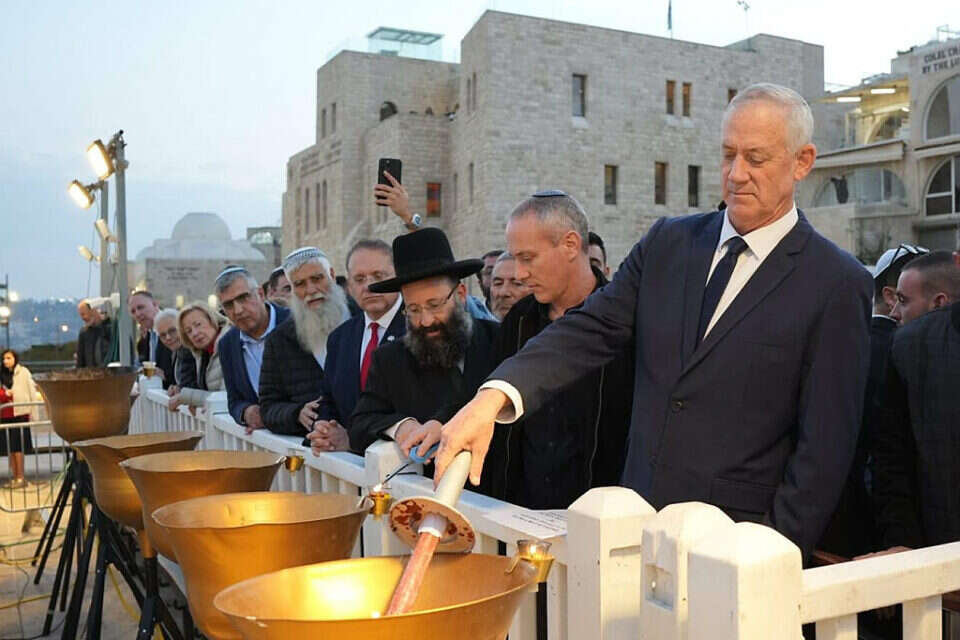 The joy of Sidna Baba Sali: the lesson of the Rebbe Rabbi Pinto - Voila! Judaism

Beyond the Wall: 10 things that happen at the Western Wall - voila! The Wall Heritage Foundation 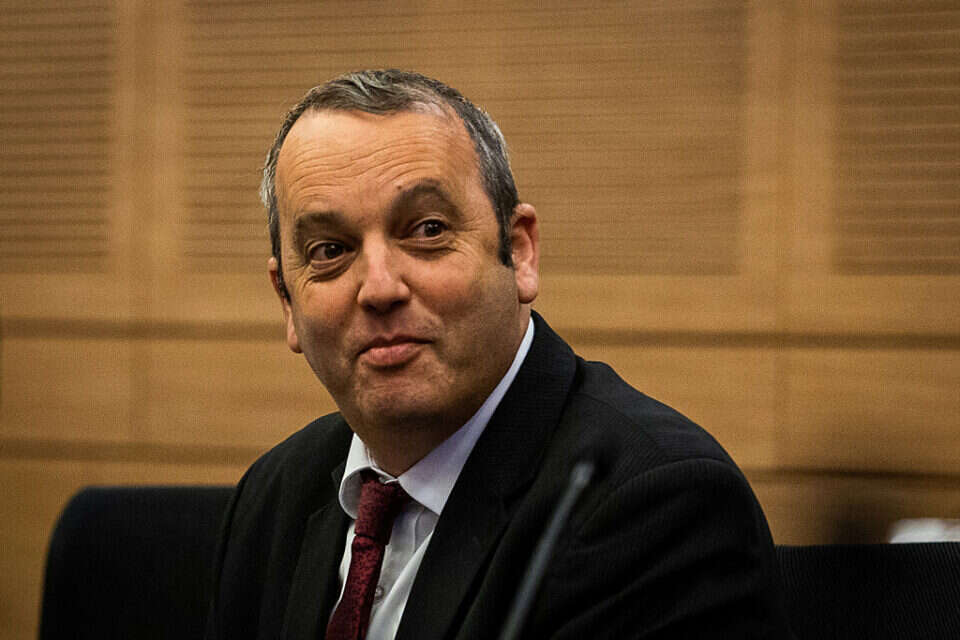 "Has anyone fallen asleep here?": the bizarre discussion in the committee discussing the Ben Gabir law Israel today 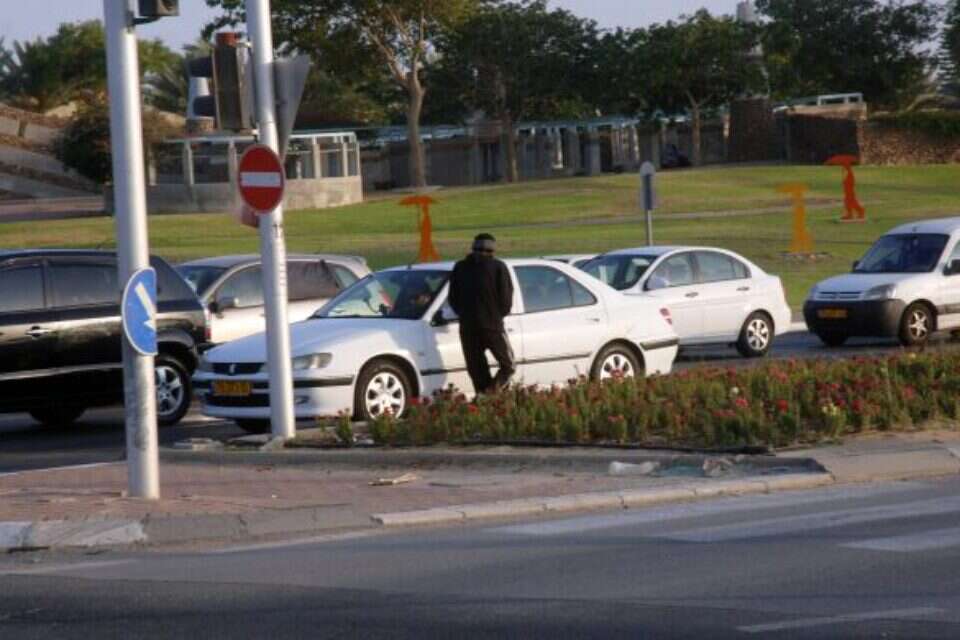 The court: "The alms kibbutz phenomenon must be checked" | Israel today

Basic Torah study law, closing Abu Kabir on Shabbat and maintaining the situation at the Western Wall: the agreement between the Likud and the ultra-Orthodox - voila! news