Desperation in the Kremlin: Putin recruits prison inmates in Central Africa Created: 11/30/2022, 9:44 am By: Nail Akkoyun, Stephanie Munk The director of the Bouar prison camp asks a guard to open a door of the prison in western Central African Republic. (Archive photo) © Alexis Huguet/AFP For months now, the mercenary group has been recruiting Wagner for the Russian war in the Ukraine. Moscow The director of the Bouar prison camp asks a guard to open a door of the prison in western Central African Republic.

For months now, the mercenary group has been recruiting Wagner for the Russian war in the Ukraine.

Moscow is now also using it in African prisons.

Bangui/Moscow – Russia's Wagner mercenary group is currently freeing men imprisoned in the Central African Republic for murder and rape, among other things, in order to use them as mercenaries in the Ukraine war.

This emerges from a report by

The news portal refers to statements by several high-ranking military officers in the landlocked country.

Armed rebels have controlled large parts of the country in the Central African Republic for around a decade - many recruits, known as "Black Russians", are therefore considered terrorists by the military and the state.

Since the government turned to Russia in 2017 for help acquiring weapons and paramilitaries, Wagner mercenaries have wielded increasing influence over the country's security agencies.

"Since October, they have broken into military and police cells and released rebels, including those in detention [...] for raping women and children," an officer working at Bangui military headquarters was quoted as saying.

"Nobody can stop them because the government has given them so much power to do what they want."

Russians recruit in Africa: "They say they urgently need manpower in Ukraine"

that the military had been told the released men would go on to work "overseas": "They said they urgently need manpower in Mali and Ukraine." At least 20 people responsible for very serious crimes in prison have already been released.

A particularly notorious fighter from the rebel force Union for Peace (UPC) is said to be among the released inmates - named Mohammed.

He is accused of raping and murdering civilians.

He allegedly joined the Wagner squad at the end of October and is now believed to be fighting in Ukraine.

In the past, men like him were often executed while in detention by Russian mercenaries or Central African soldiers, according to one of

Now they would be sent to Ukraine instead.

"For many, that's a far better option."

The fact that the Wagner group used prisoners to fight the Ukrainian army is nothing new.

Yevgeny Prigozhin, head of the Wagner Group, has visited Russian prisons several times and tried to recruit serious criminals for the war.

Since then, the Russian has been accused of recruiting men in prison camps to fight in Ukraine without a legal basis – due to a lack of personnel at the front.

According to reports, Prigozhin has so far recruited more than 6,000 prisoners for Vladimir Putin for the Ukraine war in Russia alone and has promised them amnesty and a monthly salary of between 1,400 and 2,900 euros.

In the Central African Republic, on the other hand, there is no clear salary structure for Wagner recruits.

In addition, there was repeated violence among the pro-Russian mercenaries: only in November was a Wagner recruit, who was also freed from prison, executed by his comrades.

As early as March, the Pentagon warned of attempts by Russian mercenaries to recruit units and individual fighters in Africa.

"We are seeing some efforts to recruit Wagner units to Ukraine," General Stephen Townsend, commander of the US Africa Command, said in an interview with US radio network 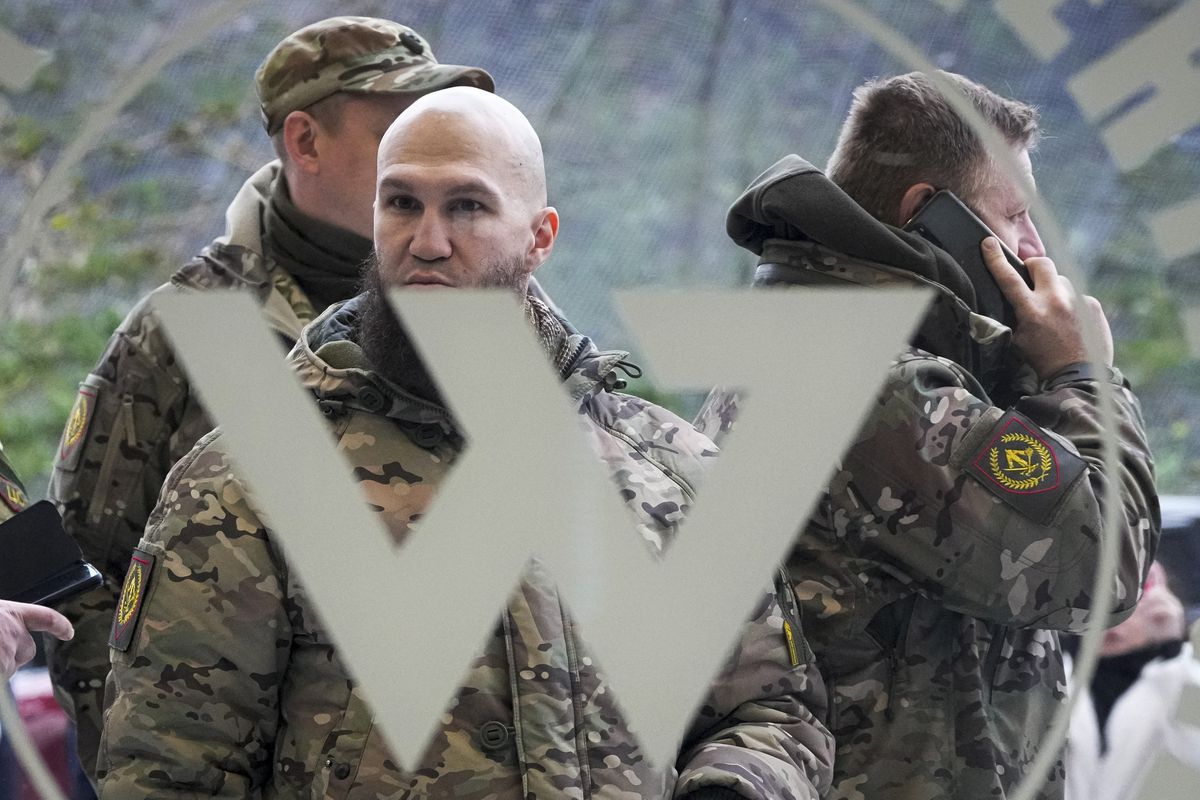 Privatization and robbery in war "Do not rape women": Prigozhin dismisses Wagner mercenaries with a telling tip