The actors of 'Love Actually' meet again: what has happened to them 19 years later?

Almost two decades have passed since the premiere of the Christmas film, which continues to be one of the most viewed of this period of the year, in part, thanks to an ensemble cast with leading figures such as Hugh Grant, Bill Nighy, Emma Thompson, Laura Linney and Thomas Brodie-Sangster 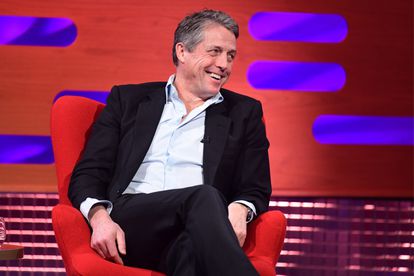 The quintessential Christmas movie has been considered a modern classic for years.

), the film shows how people experience love who, although it doesn't seem like it at first, are related to each other.

Anyone who has seen it will remember the scene on the posters, little Sam running through the airport... but what has become of its actors 19 years after the premiere?

The American television channel ABC has brought together some of its protagonists to honor the 20th anniversary of its premiere: Hugh Grant, Bill Nighy, Emma Thompson, Laura Linney and Thomas Brodie-Sangster are the ones who have participated in this special broadcast on the night of the 29th of November.

And they are some of those who have had the most successful careers in these two decades.

(London, 62 years old) played David (no last name; practically none of the characters had it), the Prime Minister of the United Kingdom, who falls in love with his secretary, Natalie.

By then, the interpreter was already known for having acted in films such as

Four Weddings and a Funeral

and Sense and Sensibility

Years after the premiere of

, the actor confessed his hatred for him in one of the most remembered scenes: the one in which he appears dancing at his house, on Downing Street.

"I saw it in the script and I thought, 'Well, I'm going to hate doing that."

After the film, Grant embarked on other projects such as

Despite being one of the most recognized British actors worldwide for his films, he has never been nominated for an Oscar or won a Bafta, the British Film Academy Award.

Hugh Grant during the filming of 'The Graham Norton Show', for the BBC, on November 19, 2020, in London.Matt Crossick (PA / Cordon Press)

(London, 63 years old) played Karen, a woman who discovers that her husband is flirting with his secretary in the middle of Christmas.

A story that, as she recognized years later, she herself suffered in real life because her partner, the actor and director Kenneth Branagh, had an affair with the also actress Helena Bonham Carter that caused them to separate.

Thompson's is probably the most unhappy character in the film, in which love, in all its versions and ages, is the protagonist.

The actress, winner of two Oscars for her role in

Beauty and the Beast.

, she shared the screen again with Colin Firth in

Emma Thompson at the premiere of the musical 'Matilda' in London on November 21, 2022. Nils Jorgensen (Nils Jorgensen/INSTARimages.com / Cordon Press)

One of the characters that does not go unnoticed in

is Billy Mack, played by

The rocker discovers at Christmas that the person who is most loyal to him is his representative.

Eccentric dances, inappropriate comments... Mack is the link between all the characters on the screen.

Since the film's premiere, his life has changed: he has played more than twenty films, including

and The Exotic Marigold Hotel

In addition, he has appeared in the Pirates of the Caribbean and Harry Potter sagas.

Bill Nighy at the premiere of 'Living' in Hollywood, California (USA), on November 6, 2022. Jc Olivera (Getty)

(New York, USA, 58 years old) plays Sarah, a woman who receives constant calls from her brother, admitted to a hospital and who she has to take care of.

At the same time, she tries to start a loving relationship with another co-worker.

Since her beginnings as an actress in 1992, Linney always played minor supporting roles, until in 2000 she was nominated for an Oscar for Best Actress with

You Can Count On Me

Candidacy that she would repeat seven years later with

Furthermore, in 2005 she was nominated for Best Supporting Actress for

She has since appeared in films such as

On television, she has starred in

(London, 32 years old) for his role as a boy in love walking through the corridors of the airport in search of his schoolmate.

Years after his film debut, he has become a television star.

He starred with Dylan O'Brien

in The Maze Runner

But his biggest TV role was on

, where he played Jojen Reed for two seasons.

Thomas Brodie-Sangster at the premiere of the latest Maze Runner film in London on June 22, 2018.

(London, 49 years old) played Mark, the character who stars in one of the most remembered (and imitated) moments of

: the scene in which he declares his love to Juliet, his best friend's wife.

Years later, the actor has stated in various interviews that his character was "a stalker."

In 2002, hardly anyone knew him, since he had hardly made any movies.

His final leap was given to the small screen, when he became one of the protagonists of the acclaimed

Andrew Lincoln at a conference on July 21, 2018, in San Diego, United States.

The other protagonist of that remembered scene is Juliet, who was played by

when she had just turned 18.

In the movie, Juliet doubts her feelings for her husband's best friend, whom she just married.

and the Pirates of the Caribbean saga came Curtis's film, and Knightley became the girl that all of Hollywood wanted to work with and proposals for all kinds of roles began to arrive:

the second and third part Pirates of the Caribbean

A few years ago, the actress revealed that she had not seen

Another of the best-known faces of

(Grayshott, United Kingdom, 62 years old), who played Jamie, a man who after his wife's infidelity travels to France for a change of scenery.

There he falls in love with the Portuguese girl who cleans his house, with whom he cannot communicate because of the language barrier.

After this role (and also thanks to

), his name became synonymous with success when it came to combining a serious facet with a humorous point.

Years later, he would appear in

A year later, he would win the statuette for his role as George VI in

One of the saddest stories in the film is that of Daniel, a widower played by

(Ballymena, United Kingdom, 70 years old) who tries to strengthen his bond with his stepson Sam.

Five years later, the actor experienced a similar situation after the death of his wife and mother of his two children, Natasha Richardson -daughter of actress Vanessa Redgrave-, who died tragically after a ski accident in March 2009 in Canada.

, Neeson had already appeared in around twenty films;

Later, his career continued to rise in films such as

the legend is reborn

Liam Neeson in a fragment of the film 'Memory'.

(London, 46 years old) gave life to the character of Natalie, the secretary in love with her boss, the prime minister played by Grant.

Unlike the rest of her co-stars, her career didn't quite take off and, although she played several roles after

she never stabilized as an actress and ended up giving up acting.

In 2020, she published an album with Christmas carols.

Martine McCutcheon surprises a couple with the legendary scene from 'Love Actually' at Barnes, London.

, who passed away at age 69 in 2016 from pancreatic cancer, played Harry in

His character is unfaithful to his wife (played by Emma Thompson).

How can we forget his performance in Harry Potter as the

professor Snape, whose skin he got into for a decade.

His last film was

Spies in the Sky

The fate of the characters in one of the most watched Christmas movies in history has been very mixed, although the fact that many of them were familiar faces before

has helped almost all of them continue in the world of interpretation today. . 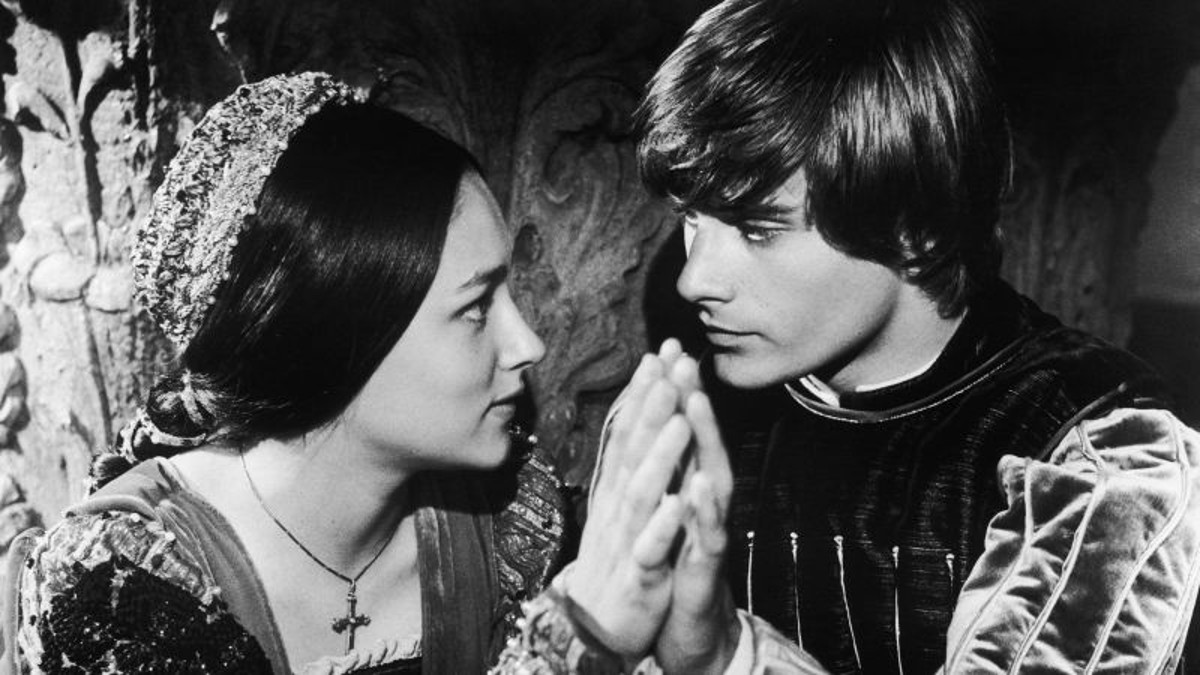 The stars of "Romeo and Juliet" are suing for the nude scene that was "forced on them when they were minors" - Voila! culture 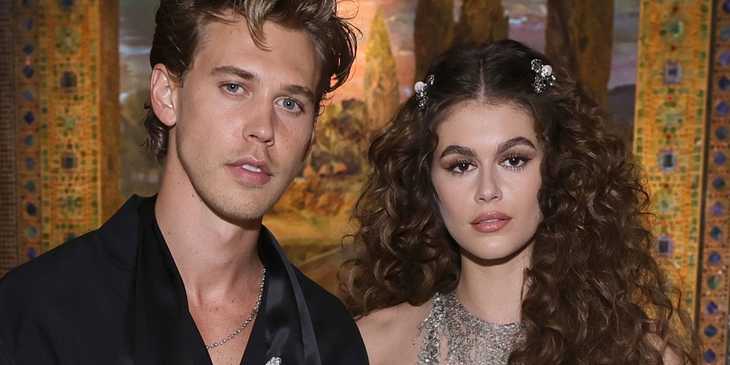 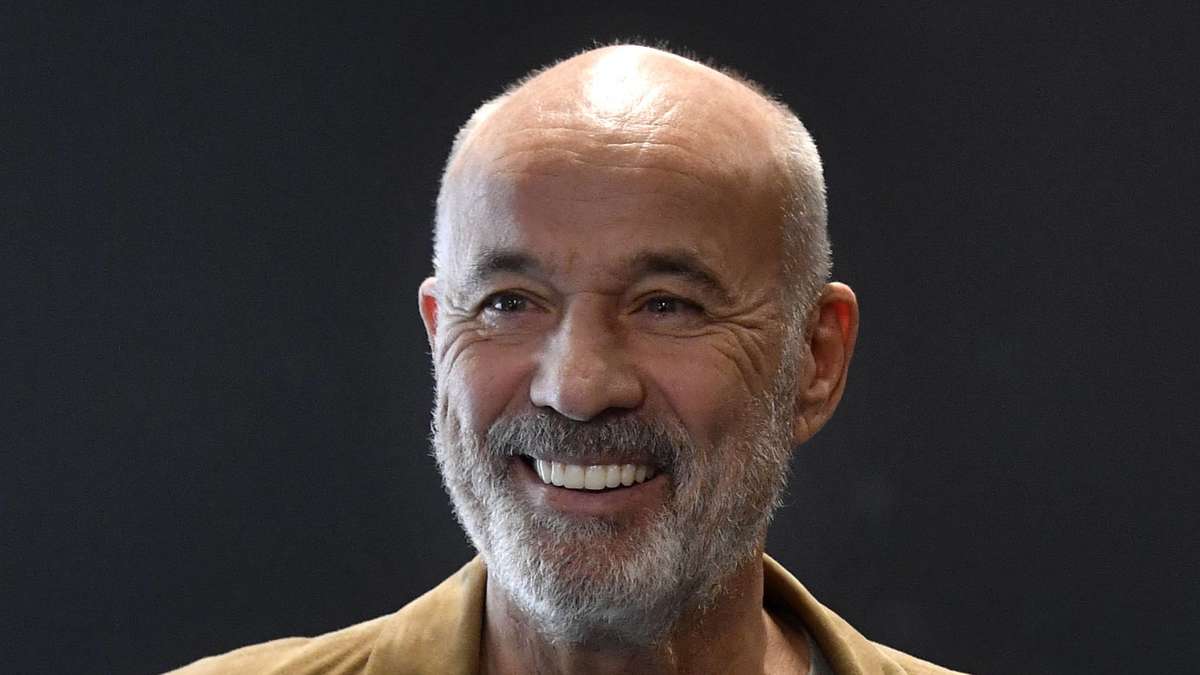 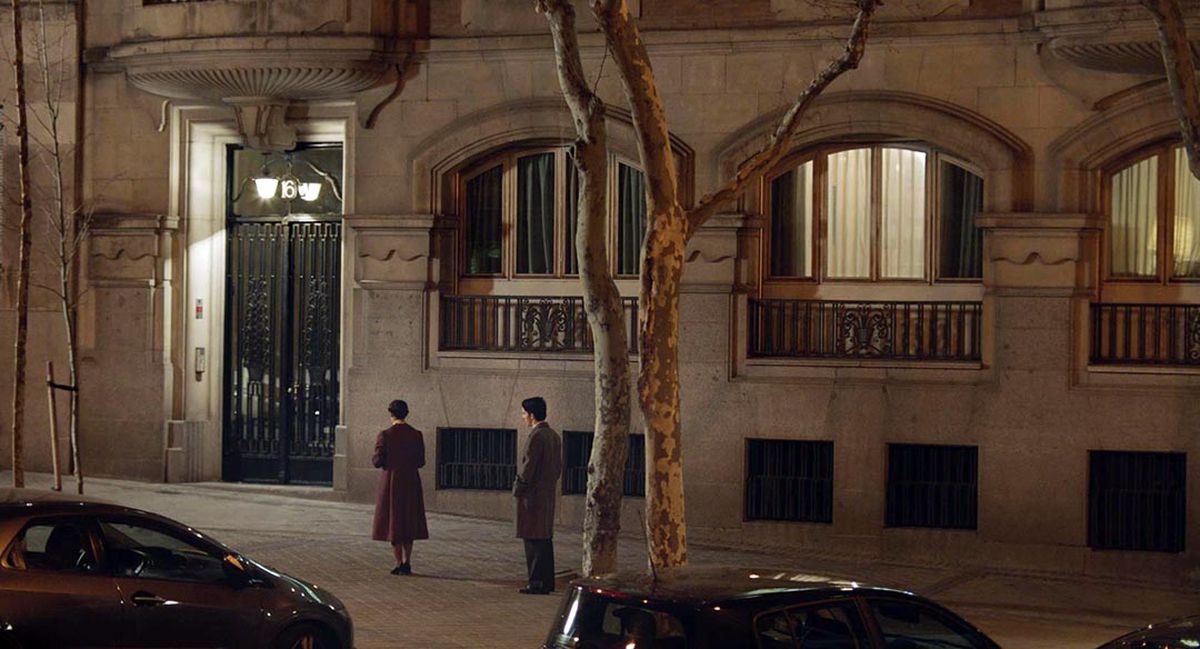 25 years after the premiere of 'Titanic' and that Rose left Jack out of the table: what has happened to its protagonists? 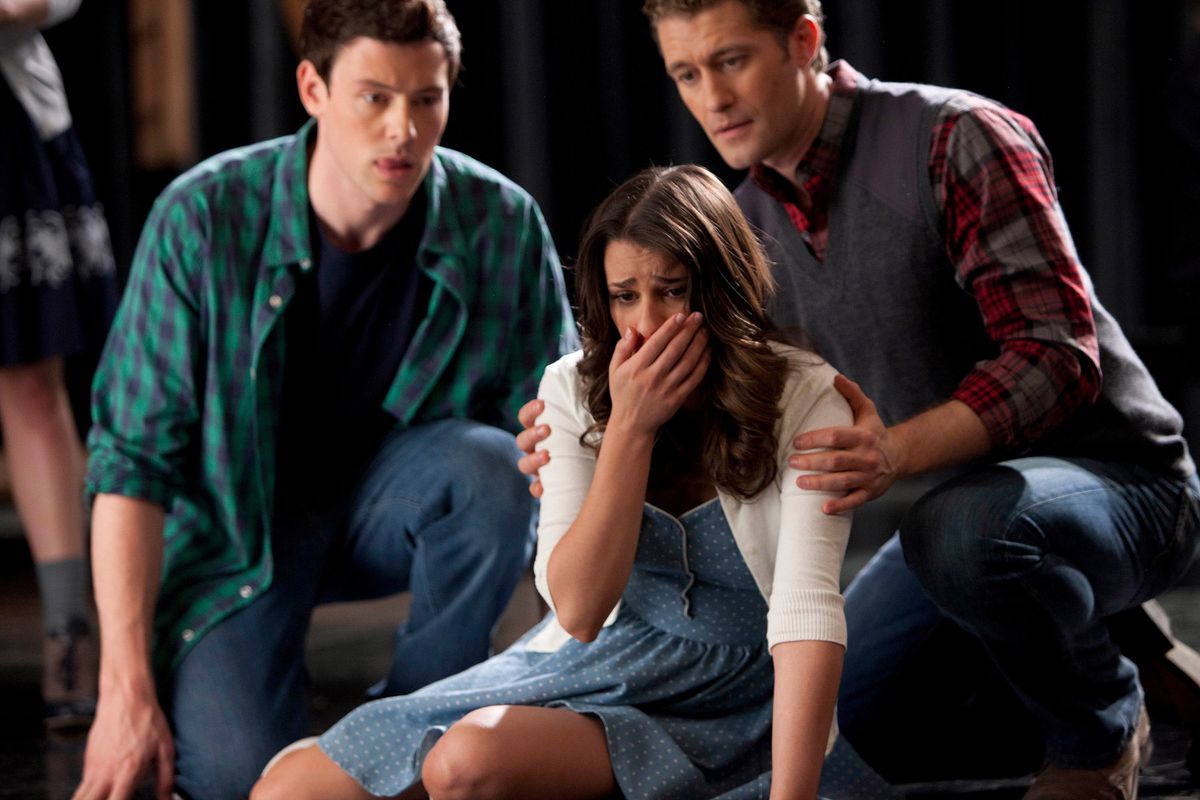 Deaths, drugs and abuse in 'Glee', the cursed series that marked an entire generation 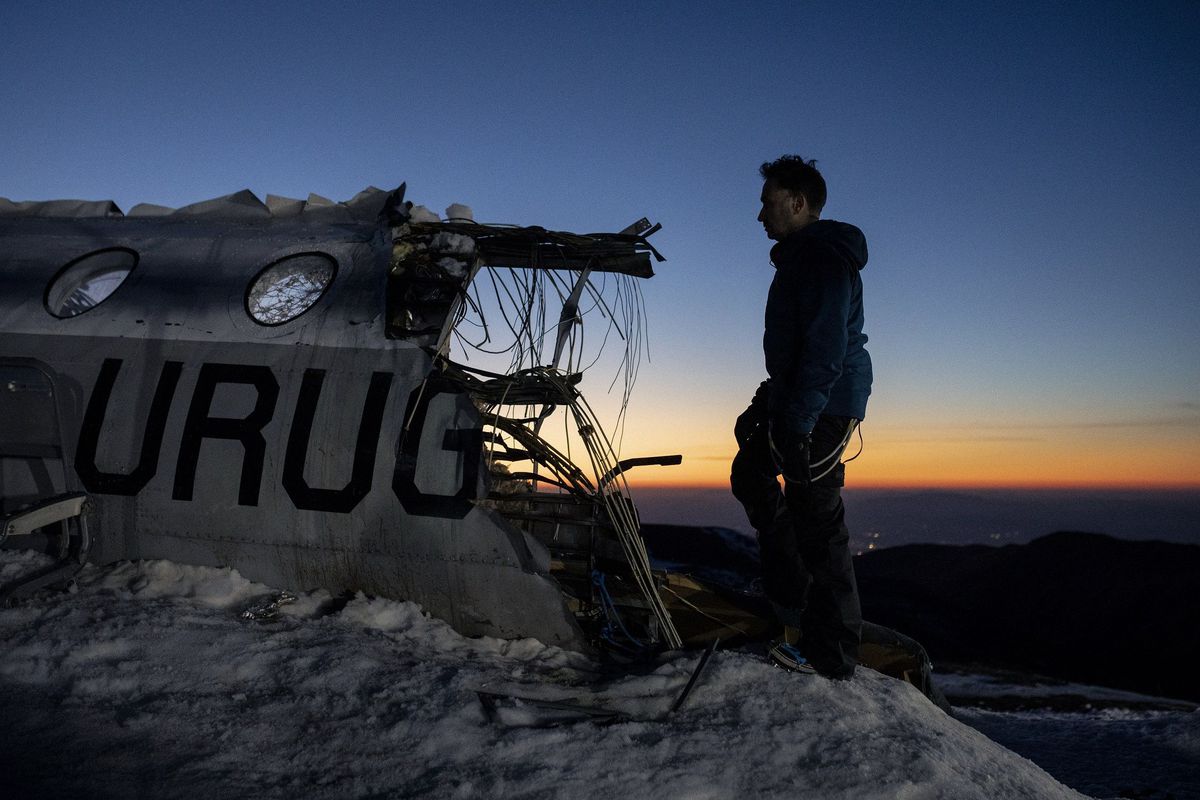 The 10th Anniversary of the Milk Restriction Order｜The pharmacy industry urges the abolition of the Liberal Party: 𠵱How long do you wait for the cancellation?
2023-02-07T05:31:55.503Z

Clearance. Black code｜Chen Guoji said to discuss with the mainland to optimize or even cancel it, calling for filling in the health declaration as soon as possible
2023-02-07T05:14:11.687Z

Simple public housing｜Kai Tak residents objected to the site selection of World Win Road and petitioned the Housing Bureau to urge the mistake to be corrected as soon as possible
2023-02-07T05:13:44.196Z